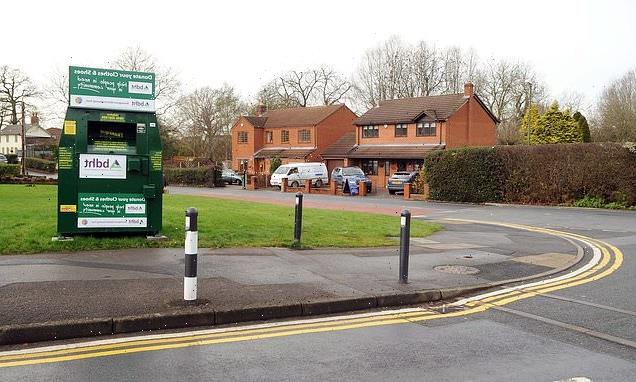 Couple who both died of drugs overdose lay undiscovered in their flat for nine days, inquest hears

A couple lay dead together in their flat for up to nine days before their decomposed bodies were found, an inquest heard.

Fiona McGivan, 36, and Carl Miller, 33, were found in the bedroom of their home in Rubery, Worcestershire, just after 1pm on March 24.

Neighbour Maxine Davis, who lived above them, told Stourport Coroner’s Court she last heard the couple at 1am on March 16 ‘shouting, laughing and playing music’.

Ms Davis thought they had gone out the next morning as they weren’t answering the door for a parcel at 9am, the inquest heard.

She raised the alarm days later when the couple’s new Yorkshire Terrier continued to bark, an inquest at Stourport Coroner’s Court heard.

The RSPCA fed the dog through the letterbox for several days until concerned West Mercia Police officers broke down the door and made the tragic discovery – nine days after they were last known to be alive.

Ms McGivan and Mr Miller both had a long history of alcohol and drug abuse, including using heroin and crack cocaine, but they were making attempts to get clean with help from Cranstoun drug service in Worcester. 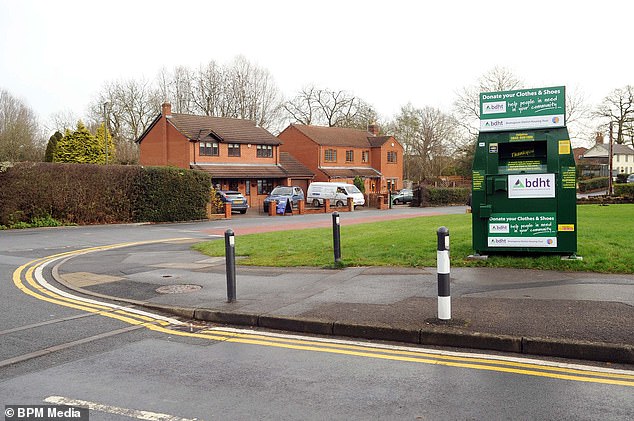 Fiona McGivan, 36, and Carl Miller, 33, were found in the bedroom of their home in Rubery, Worcestershire, just after 1pm on March 24

Senior coroner David Reid said both deaths were drug-related but he could not explain why they both died at the same time as they had not taken the same cocktail of drugs.

PC Stevenson, who discovered the couple, wrote in a statement: ‘I walked into the bedroom and discovered two people clearly deceased.

‘Both were clothed and there were signs of drug paraphernalia and needles associated with heroin use on the floor. On the TV, a film was on pause.’

Along with timings given by Ms Davis, the last CCTV images of either party showed Mr Miller returning home on March 15 in the same clothes he was found dead in.

Mr Reid said: ‘Police found Fiona and Carl clearly deceased for some time. There is no evidence of suspicious circumstances in their deaths.

‘On the balance of probabilities, they died as a result of mixed drug overdoses. ‘It’s not at all clear, however, how they came to have died together at the same address, at around the same time.

‘I’ve heard no evidence where I could be satisfied that either took substances with intent of ending their own life.

‘Equally, the question is to be said whether this was an accidental death, but I simply don’t know enough. ‘It’s worth noting they didn’t take the same combination of drugs. It is unclear if they died at the same time or one died before the other.’

Toxicology tests found Mr Miller had a mixture of drugs in his system- including heroin, morphine, methadone, cocaine and codeine – although none were particularly high.

However, if mixed together, such amounts can cause seizures, the inquest heard. Ms McGivan had taken cocaine and methadone.

Malcolm McGivan told the inquest his daughter had progressed from alcohol abuse to drug abuse.

Since 2012, there had been many attempts by different organisations to ‘help her change direction’ which had failed, Mr McGivan said.

The last time he met his daughter at a country park in February, Mr McGivan thought she was showing signs of substance misuse.

Mr Miller’s half-brother, Steven Eden, said the former had started dabbling in drugs with cannabis then moved on to heroin, which he had tried to come off several times.

He said Ms McGivan had stopped drinking alcohol and Mr Miller had cut back and three weeks before their deaths they had got a dog.

The couple had also just ordered new carpet for their home, the inquest heard.

Recording narrative conclusions for both deaths, Mr Reid said they were the result of drug overdoses, the exact circumstances of which are unknown.

Mr Reid said to the families: ‘It’s clear from evidence I’ve heard as a coroner, the terrible toll that drugs can take on those tragically involved and on their family and friends.

‘My sympathies go out to you all for what you’ve endured over the years.’