A Russian couple are facing up to 20 years in prison after allegedly blowing a Russian spy’s cover when he appeared in the background of their wedding photos.

Antonina Zimina and Konstantin Antonets were charged with treason yesterday after an investigation which has been running since 2018.

Today, Russian newspaper Kommersant reported that the case surrounded an FSB security agent who was one of the guests at their wedding in 2015.

The pair are accused of compromising him but the father of the bride says the spy ‘did not make a secret of his work’ and had even handed out business cards. 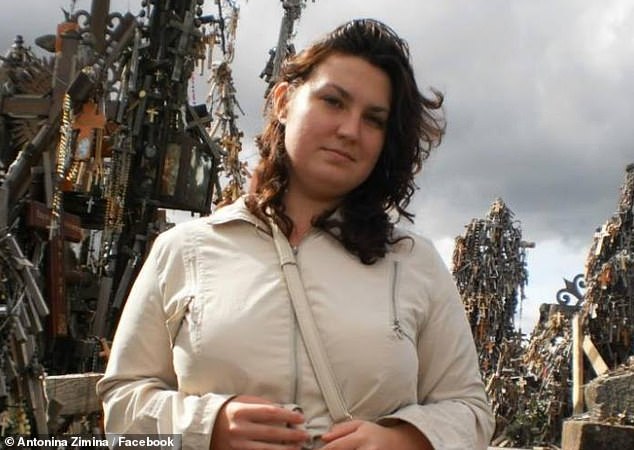 Antonina Zimina (pictured) and her husband Konstantin Antonets are accused of compromising a spy at their wedding, but her father says the agent talked about his work 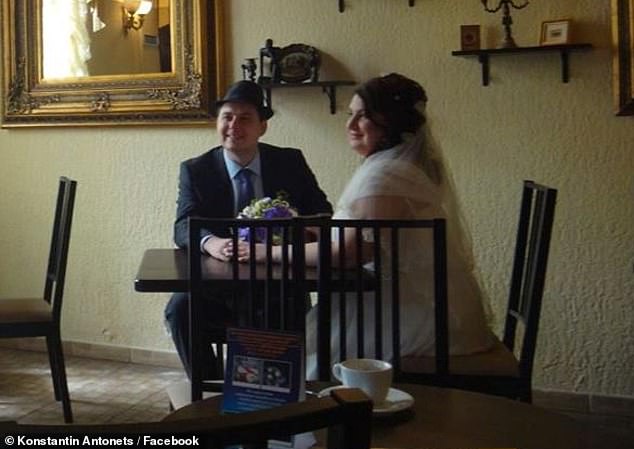 Konstantin Zimin, Antonina’s father, told Russian media the spy was a man called Maxim who had known his daughter since university.

The pair studied together at Immanuel Kant Baltic Federal University in Kaliningrad, a Russian outpost on the Baltic Sea.

After graduating, Maxim is said to have joined the FSB and worked his way up to the rank of captain.

When he was invited to Antonina’s wedding in April 2015, he happily told guests where he worked, Mr Zimin claims.

The alleged spy even ‘handed out business cards and took pictures with guests’, it is claimed.

‘No one thought it was a crime because Maxim made no secret of his work,’ Mr Zimin said.

However, Russian authorities opened a criminal case after pictures of Maxim at the wedding were posted on social media.

One of the pictures even ended up appearing on Baltic television, for reasons which have not become clear.

Zimina and Antonets both deny the charges and say their friendship with Maxim did not give them access to state secrets. 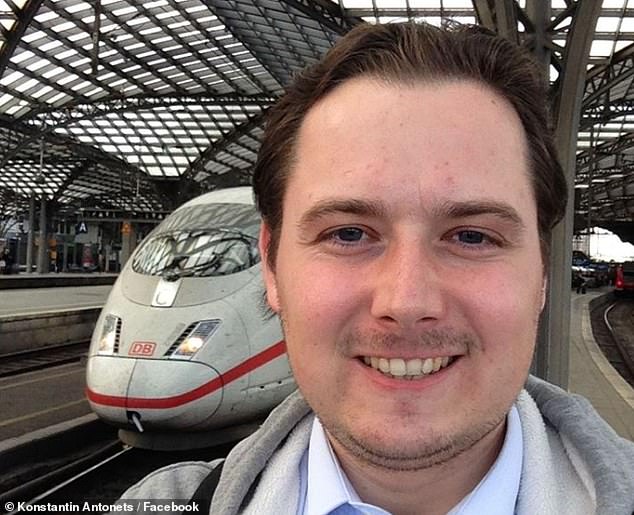 Previous reports said that Antonina Zimina had been arrested on treason charges in 2018, with her husband not detained until July 2019.

Zimina’s father claims that she has remained in custody awaiting trial even though the legal detention period has expired.

The pair have been charged under Article 275 of the Russian criminal code, which carries a maximum sentence of 20 years in prison.

Before her arrest, Zimina had worked as director of the Baltic Center of Dialogue of Cultures, Russian media says.

She also worked as a freelance expert of the Gorchakov Foundation for Public Diplomacy Support.

Her husband was also working at the Baltic Center when he was arrested, previous reports said.