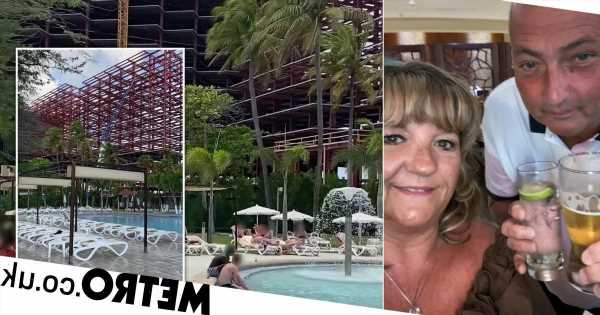 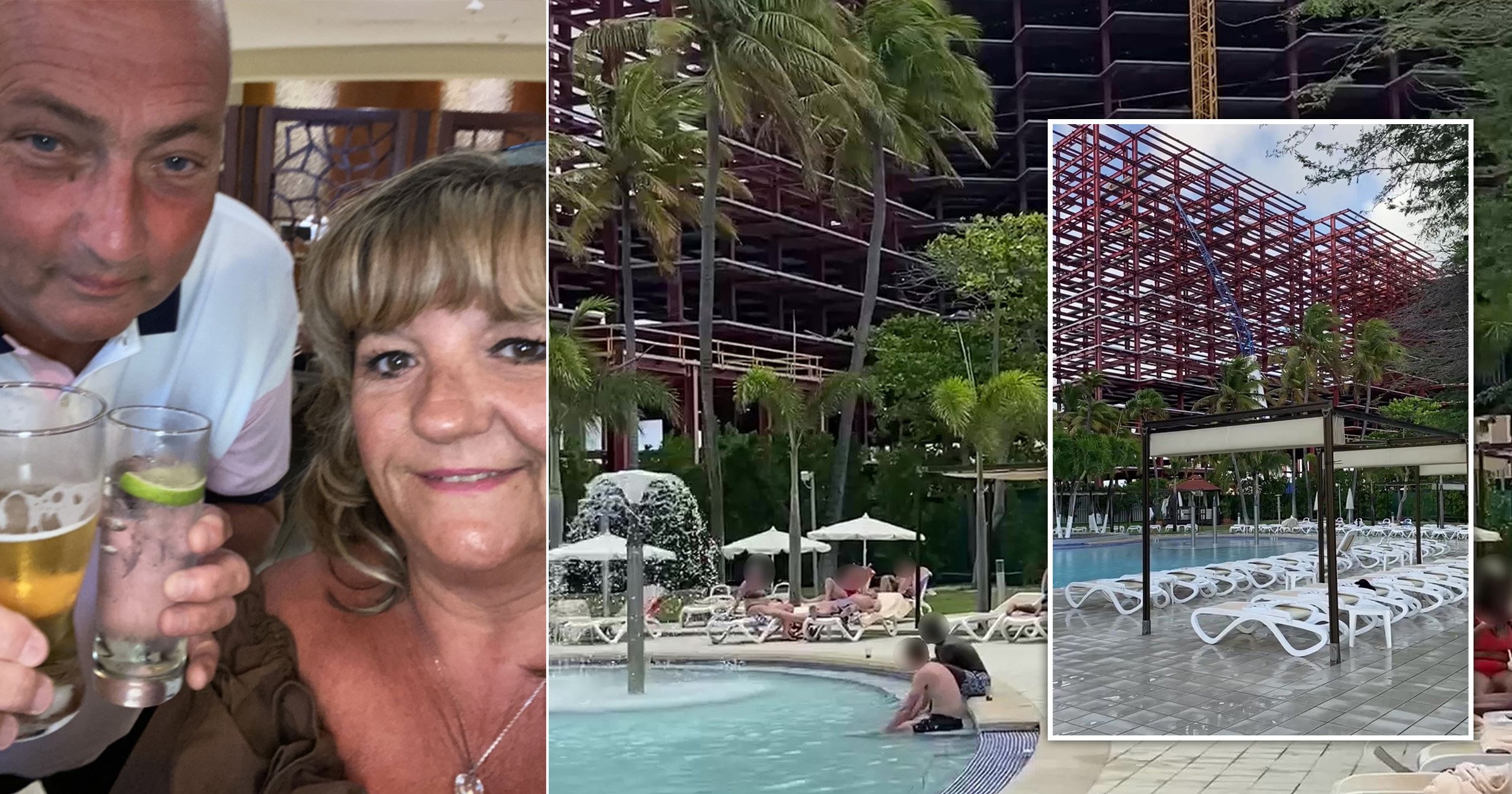 A couple who claim their holiday was ruined by the construction site towering over their hotel are demanding a full refund.

Dawn Brett and husband David, both 59, saved £5,100 for a two-week luxury holiday at the Riu Palace Antillas Hotel on the Caribbean island of Aruba last month.

They had stayed at a nearby hotel before and ‘loved it’ but say this year’s visit was ‘horrific’.

Footage taken from the poolside shows a huge construction site looming over holidaymakers and loud mechanical noises can be heard clearly.

Tui, the company the holiday was booked through, insisted they warned the couple about the building project but said the noise and disruption would be ‘sporadic’.

A rep from Tui called the couple, who are from Orpington in Kent, to check they had recieved this letter.

Dawn said: ‘I asked if it would impact the holiday and they said no, it wouldn’t cause a problem and it was nothing major.

‘If they’d shown us the picture and told us that the noise would be going on from 7am to 4pm every day, we wouldn’t have gone or we would have changed the hotel but they didn’t give us that option.’

The parents said the holiday was filled with ‘constant banging, drilling and machinery’.

Dawn said: ‘We’re sitting around the pool people but you couldn’t relax, it was horrific. You can turn your head to not look but you can’t shut your ears.

‘We couldn’t handle the noise. It was on top of the pool. There was no relaxing.

‘We spend the majority of the holiday around the pool area. There are beautiful beaches but I’m not a beach person. I don’t like the sand.’

The couple considered ditching the holiday on day seven and asked their Tui rep about whether it was possible.

The rep offered to check for a flight home but Dawn and David did not go through with it because ‘it wasn’t a quick, easy decision because it’s a nine-and-a-half hour flight and we didn’t know if we’d get compensation if we came home a week early’.

The couple stuck it out for the full two weeks but are now insisting on a refund.

Dawn said: ‘We’d been saving a while. it’s a lot of money and we’d been looking forward to it

‘I’m not letting it go and accepting what’s happened. I won’t book with them again.

‘Should have I been more diligent? No, I’m not one of those people who looks up comments because I’m not brought up in that era who researches the hell out of a coffee shop that I go to.

‘I’m not of that era that Googles reviews for everything. I believe what they tell me, that’s why I booked with Tui.’

‘We contacted Ms Brett and other affected customers on two separate occasions before they departed to let them know about the nearby building work.

‘We can confirm Ms Brett acknowledged receipt of these communications and decided to continue with her holiday booking as planned.’