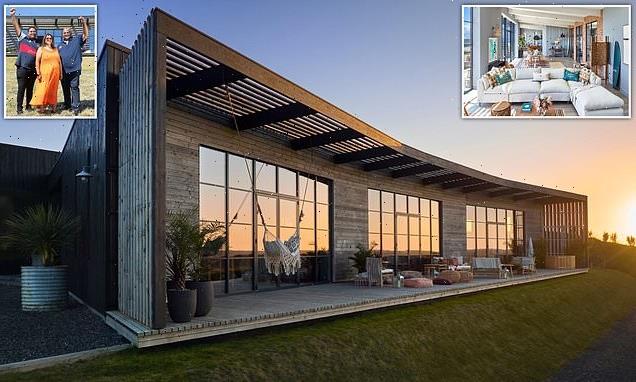 A ‘piece of paradise’ for £25: Couple, 58 and 53, win £3m Cornish mansion in charity prize draw and can now count Gordon Ramsay among their famous neighbours

A lucky father has won a gorgeous £3 million Cornwall mansion in a charity prize draw after buying a £25 ticket.

Uttam Parmar, 58, won the stunning house with panoramic views of the Camel Estuary on the south-west coast.

The father-of-one entered the Omaze Million Pound House Draw in July – after entering the competition eight times before without winning, he and his wife Raki, 53, finally walked away with the grand prize.

Uttam, an operations manager at Alps Alpine from Leicestershire, was at hospital when he found he had won the four-bedroom dream home with a £25 ticket.

He said: ‘When Omaze called to tell us we’d won a prize, we were actually at the hospital.

‘We were so excited that we might have won the grand prize, we called our son Aaron, 26, to see if the winning entry code matched ours. When he triple checked the numbers matched, we must’ve burst his eardrums screaming down the phone! 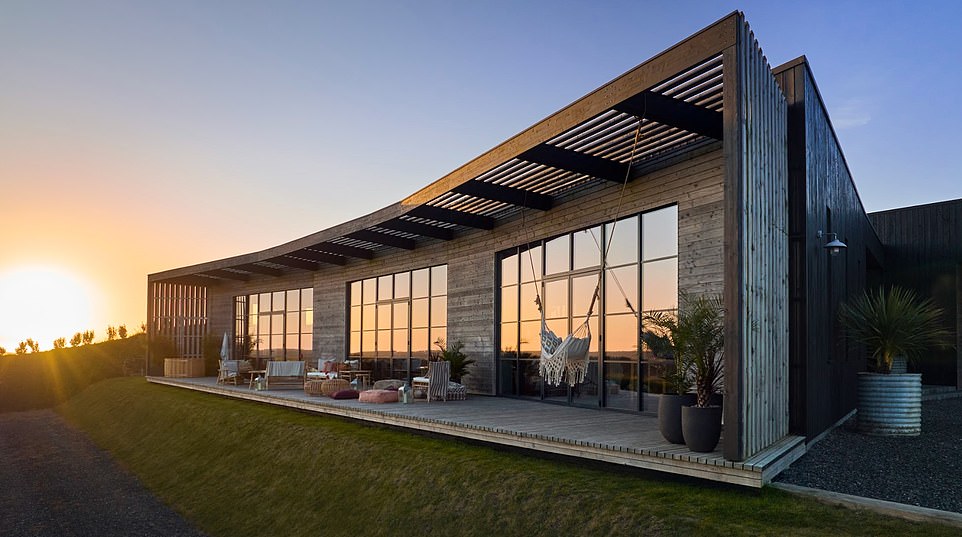 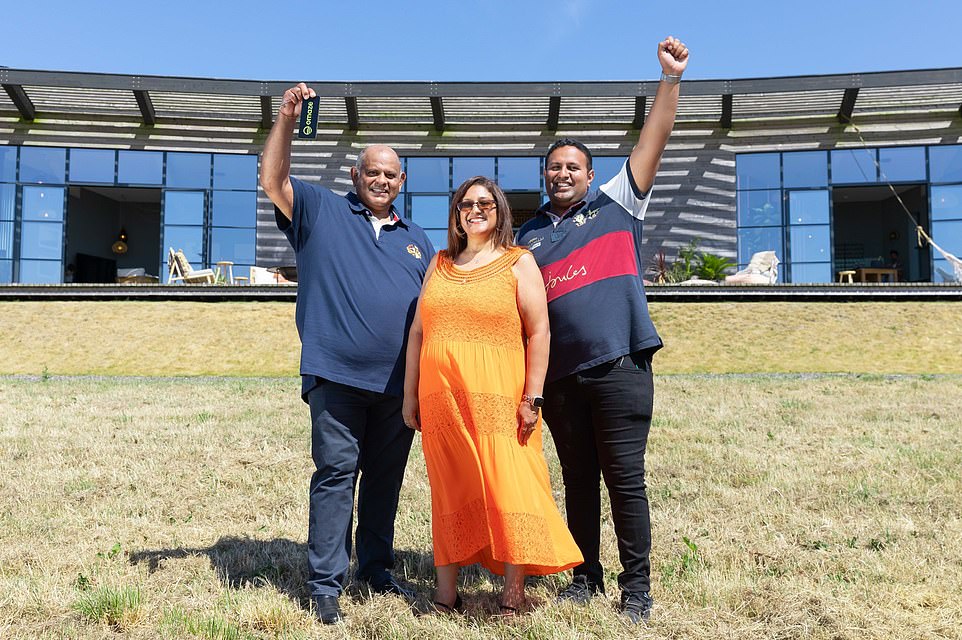 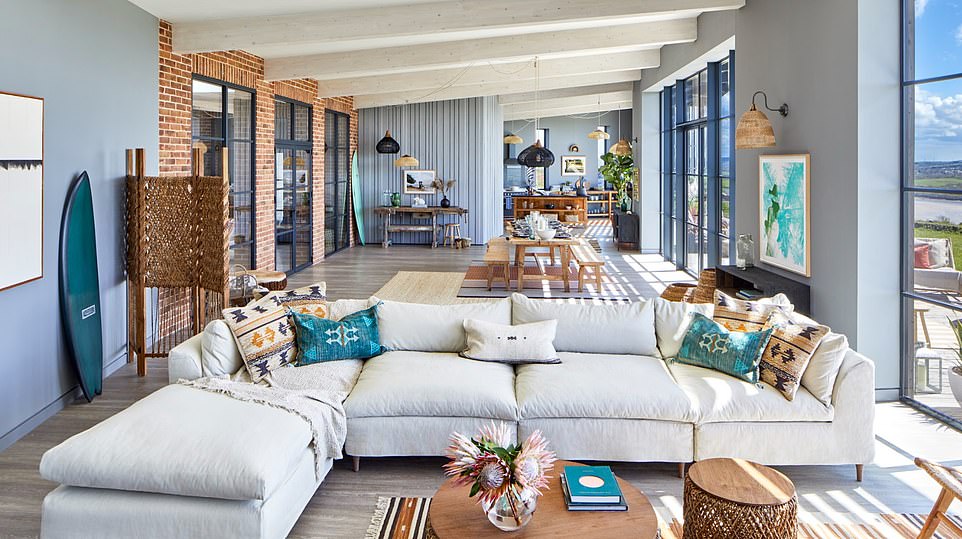 Inside, the home also has a large open plan kitchen and dining area for entertaining guests, with floor-to-ceiling windows 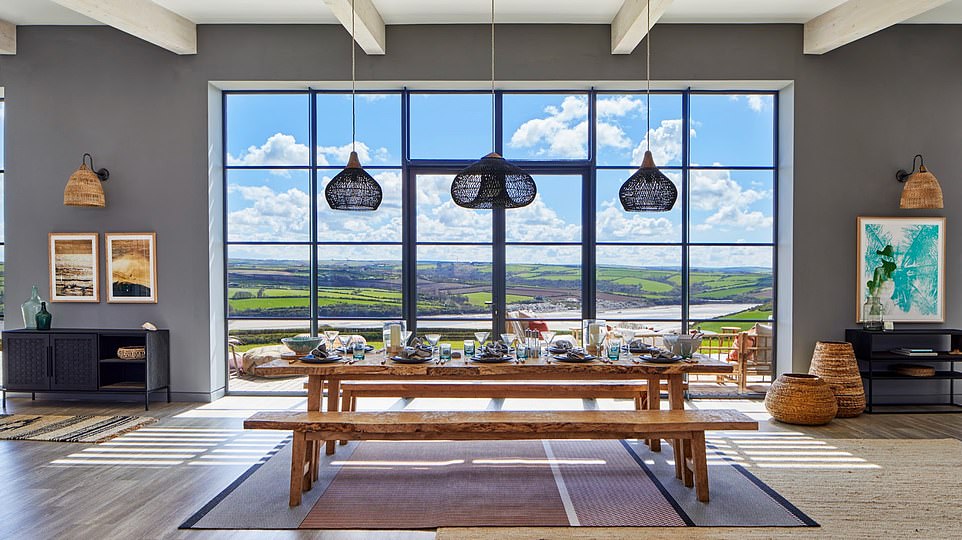 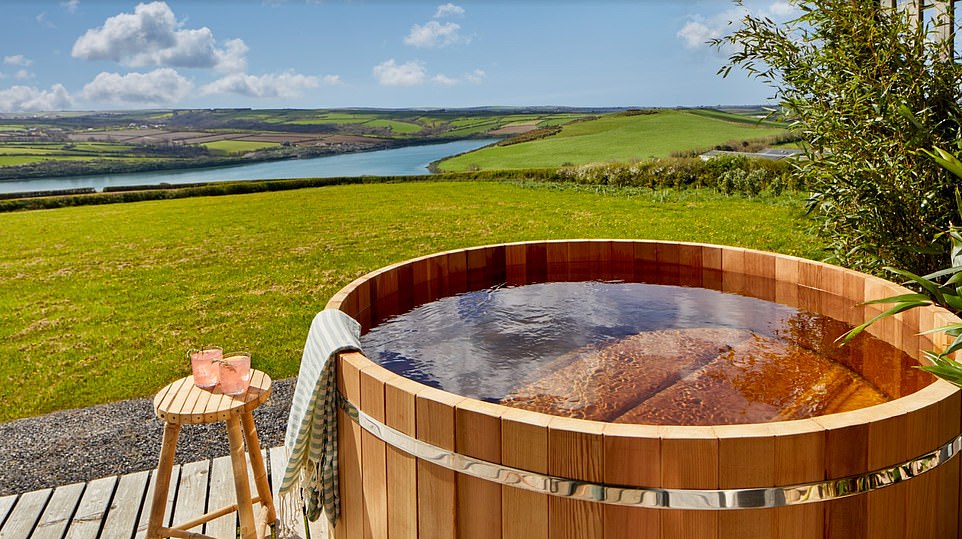 The house has five acres of land included, as well as its own hot tub with panoramic views of the stunning Cornish countryside

‘Although, we still didn’t believe we’d won until we got back to our house and Omaze told us in person.

‘I’ve entered every Omaze Draw since they started, so patience really is a virtue, as I’ve now won my own piece of paradise – this house is definitely my favourite one they’ve offered!’

The huge prize also includes £50,000 for Uttam and his family. The home is also mortgage free, with stamp duty and legal fees covered.

Thehouse commands views of outstanding natural beauty in the surrounding countryside and is a short distance from the picturesque village of Rock on the coast – where celebrity chef Gordon Ramsay lives with his family in his £4.4 million mansion.

The Parmar family’s new house includes a suntrap terrace, a hot tub and its own courtyard with exposed brick walls and an open fireplace. Inside, the home also has a large open plan kitchen and dining area for entertaining guests.

With a sleek modern design, the home won an award for the best new build in Cornwall in 2020. 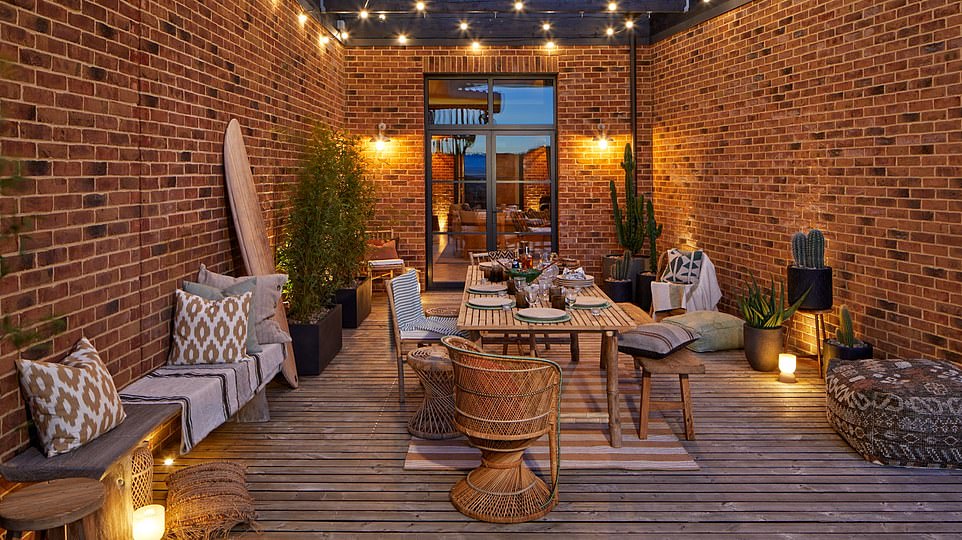 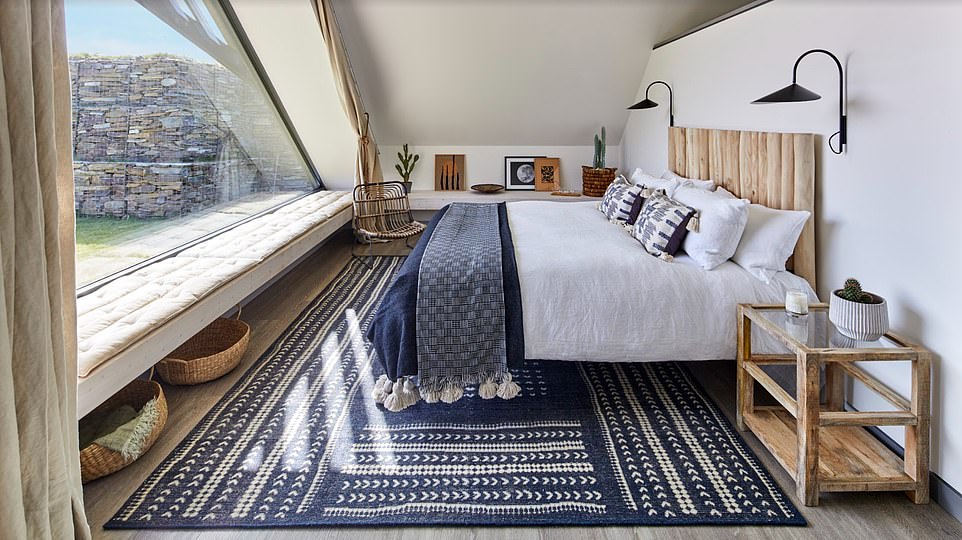 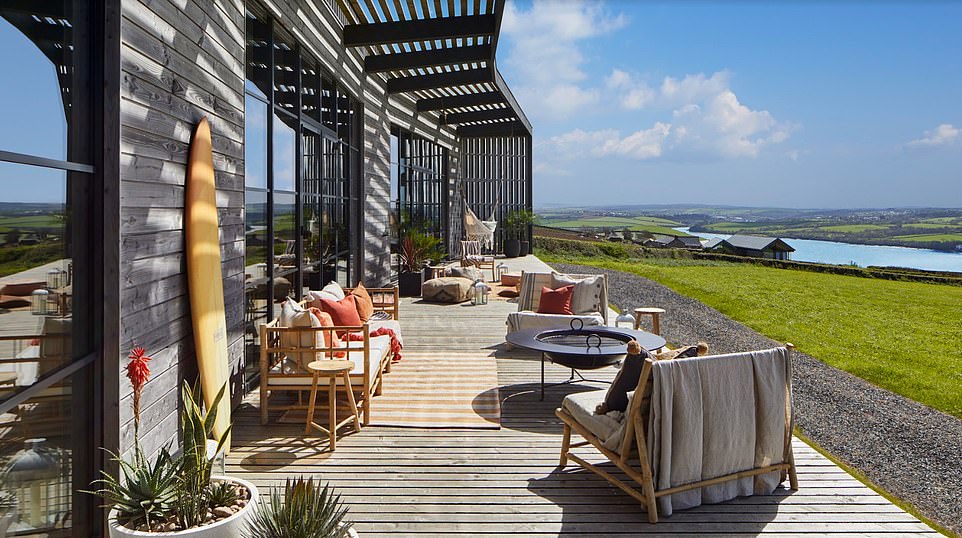 The prize draw was the ninth run by Omaze, whose Million Pound House Draw has raised £6.75 million for good causes

Uttar now has the choice to live in the house, sell it or rent it out. Local estate agents estimate it could fetch up to £15,000 a month in rent at peak seasons.

Uttar said: ‘I’ve always considered myself a lucky person, firstly because of my wonderful family – but I’ve also won a few bits such as a TV and coffee table, which I was pretty happy with to be honest.

‘I never dreamed I’d win anything as extravagant as a three-million-pound-house though!

‘We’ve holidayed in Cornwall over the years and always thought it would be incredible to have a place here – and now we do – we’re still pinching ourselves.

‘We have a large extended family – so no doubt they’ll all be asking to have their next birthday parties here.

‘We’re not sure if we’ll rent, sell or live in it yet – it’s the best dilemma we’ve ever had! Whatever we decide, it’s a life changing win for the whole family!’

The prize draw raised money for Blood Cancer UK, a charity dedicated to funding research into cancers such as leukaemia, lymphoma and myeloma.

Gemma Peters, Blood Cancer UK’s Chief Executive, said: ‘We are so grateful to Omaze for choosing us as its charity partner for the Cornwall house draw.

‘Blood cancer is the UK’s third biggest cancer killer, and the money this partnership has raised will help us to give support and information to people who are affected by blood cancer – as well as fund lifesaving research that will bring forward the day when blood cancer is finally beaten.’

James Oakes, Chief International Officer at Omaze said: ‘We’re delighted that Uttam has won his dream home – and was able to contribute to this fantastic £1,000,000 raise for Blood Cancer UK in the process.’

The prize draw was the ninth run by Omaze, whose Million Pound House Draw has raised £6.75 million for good causes.

The next house draw is for a stunning £2.5 million home in Kent – raising money for children’s charity Global’s Make Some Noise.

The new draw closes on September 25.