A council has been accused of ‘class warfare’ for removing historic 1930s lampposts from a poor street after 100 years – and moving them to more affluent areas.

The wrought iron classic posts were installed along Beckington Road in working class south Bristol when it was built.

But residents were left baffled on Monday when council workers arrived and removed all five – replacing them with modern ‘ugly’ alternatives. 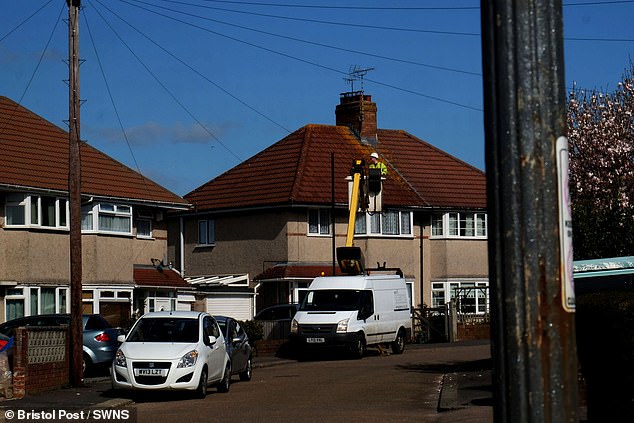 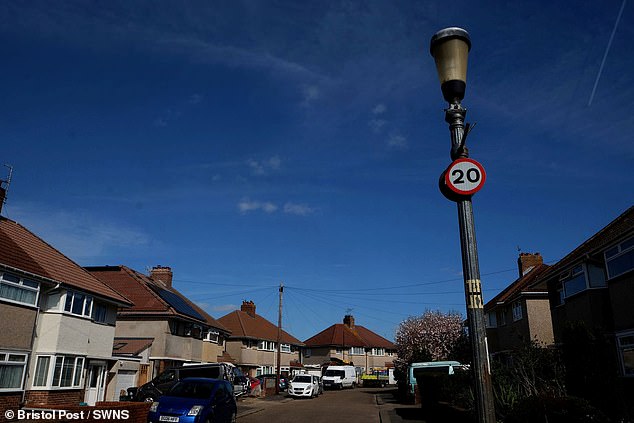 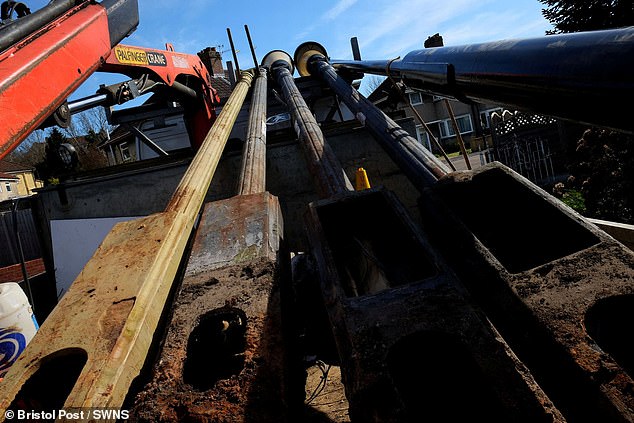 Instead of the traditional lampposts, the council is installing modern poles with LED bulbs

The council removed the historic posts and replaced them with modern poles equipped with efficient LED lights.

Officials said the old poles will be refurbished and upgraded with new wiring and LED lights before they are installed elsewhere.

However, the council strongly denied the plan was to move the lamp posts to a more affluent area.

People living on the street made enquiries and say they were initially told the lampposts were taken away for health and safety reasons and were being ‘recycled’.

Eventually they say they were then told the lampposts would be moved to a more ‘historic area of Bristol to enhance the surroundings’.

They believe that means the posts are being moved to an affluent area such as Clifton and say the council should be ‘ashamed of themselves’.

One woman, who asked to remain anonymous, claimed those living in the area are treated as ‘second class citizens’.

She said: ‘They are removing our beautiful, original 1930s street lights and replacing them with black poles. We haven’t been consulted on this at all.

‘They are absolutely beautiful and we’ve been told by the contractors they are actually moving them to somewhere else in Bristol. 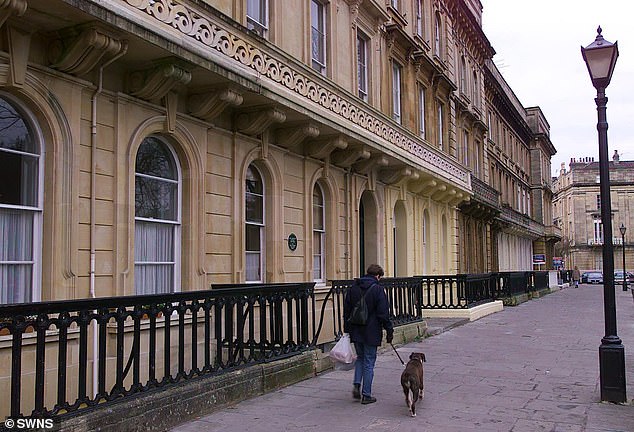 Locals complained the council removed historic paving slabs in the 1980s to install in Clifton, pictured, which is a major tourist destination

‘This reminds me of the 1980s and 1990s when parts of Bristol were basically historically asset-stripped and everything was sent to north Bristol in order to make Clifton look lovely.

‘Bristol City Council should be ashamed of themselves. We don’t have much left in south Bristol, in terms of history, to be proud of.

‘These lamps were absolutely stunning – we’ve had no consultation. We’ve got two lamps left now on the road and they are going.

‘If our street was in Clifton or North Bristol this would not be happening. We are second class citizens over here – (the) council rides right over us.

‘I know the council won’t put these back and that really hurts – we had no opportunity to save them. They’ve been on our road since it was built.’

Another resident, Penny Docker, said: ‘Today I’ve come home and I find that, without any request to any of the people in the street, they are taking away our lovely orange street lights to move them elsewhere in Bristol.

‘White street lights don’t give anywhere near as much light as the orange ones do.

‘The orange ones are friendly, and they’ve been part of the street since the houses were put up, and I think a lot of us are going to be very, very angry.’

A council spokesperson said this part of the city, Redcatch, is not a conservation area, adding that the columns will be ‘recycled’. 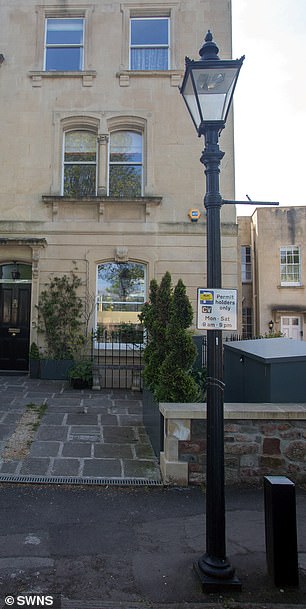 The spokesperson said: ‘We have been changing columns in non-conservation areas which have been identified as health and safety concerns due to their older cabling as well as lamps which are not manufactured any more.

‘New columns with LED lighting will be matched with the existing steel ones already in the street, with the previous columns being recycled, but this work has been paused until we have further discussions with residents.’

Residents on social media expressed mixed opinions over the plans. Akhira Yaad wrote: ‘Clifton is also an attraction area. It brings in a lot of revenue, people rent homes there for a week or two as a holiday, people come from all over the world. Knowle West is hardly an attraction area right – it’s nothing personal it’s business.’

Jamie Cox wrote: ‘To be fair, if I was a street lamp I’d rather be situated in Clifton rather than Knowle West.’

Irene Hathway wrote: ‘This has already happened – the old posts from Knowle West were removed and used in and around Clifton Redland areas. This was a good few years back.’

Jenna Friedel wrote: ‘They nicked our paving slabs for Clifton back in the late 80s.’

James Storey wrote: ‘If they are concerned about the safety of the lampposts – why are they installing them into other areas of Bristol?’

Timbob Beaverhausen wrote: ‘Sorry to disappoint everyone, but here in Clifton all our street lights were replaced last year with new LED ones. So nothing has been relocated from elsewhere.’

Other Bristol residents saw the funny side.

Ray Garratty wrote: ‘The Cliftonians are paying more council tax so it’s only fair that they get the best street furniture. I hear the dog poo bins are crafted from solid gold and encrusted with the finest diamonds.’ 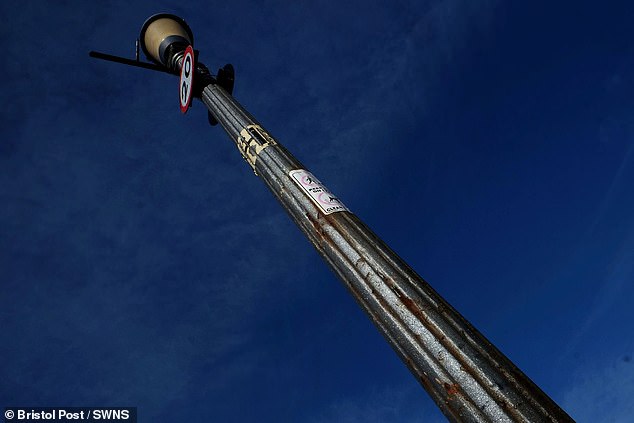