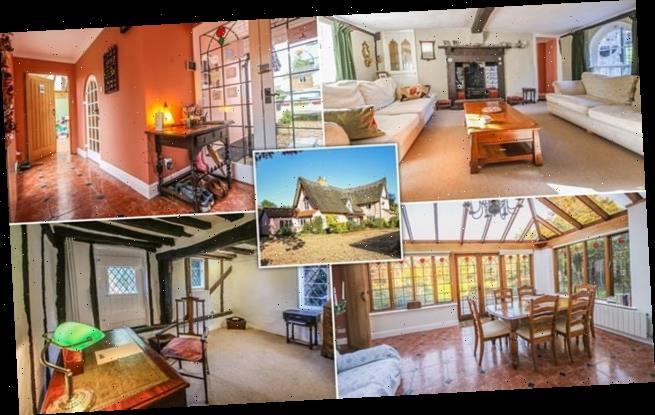 Thatched cottage love nest built by the Lord Mayor of London Sir Henry Barton in 15th century so he could enjoy secret rendezvous with his mistress goes on market for £760,000

A ‘love nest’ cottage built by a former Mayor of London for rendezvous with his secret mistress has gone on the market for £760,000.

Lord Mayor’s Cottage, in Barton Mills, Suffolk, was built by Sir Henry Barton, Lord Mayor of London in 1416 and 1428.

Sir Henry was famous for introducing streetlights to the capital but his secret cottage was definitely something he didn’t want to shine a light on.

A ‘love nest’ cottage which was built by a former Mayor of London in Barton Mills, Suffolk, is on the market for £760,000 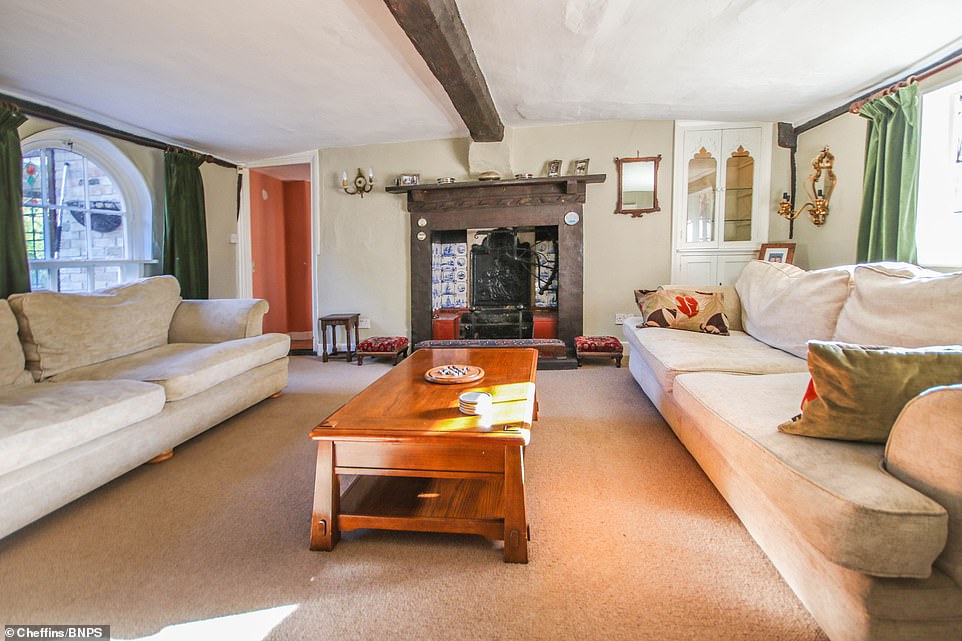 The cottage was built by Sir Henry Barton, Lord Mayor of London, in 1416 and 1428, for secret rendezvous with his mistress 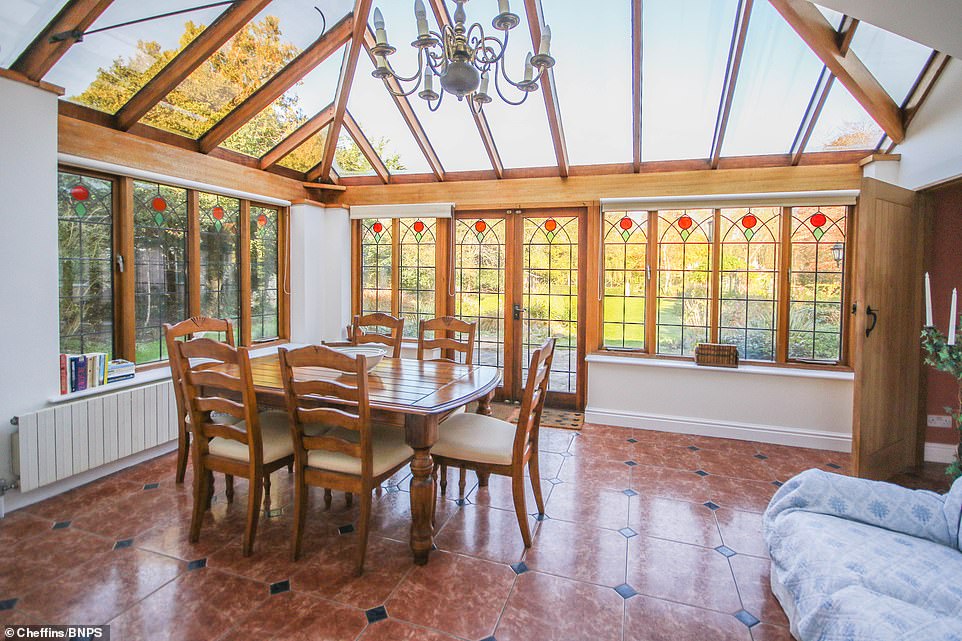 The cottage is a Grade II listed building and surrounded by landscaped gardens. Pictured: the oak-framed conservatory 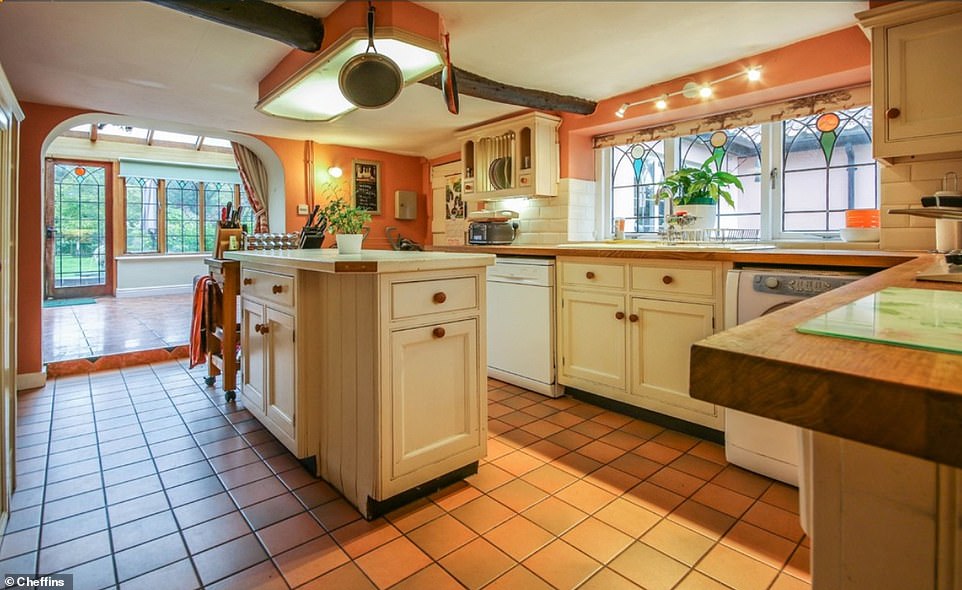 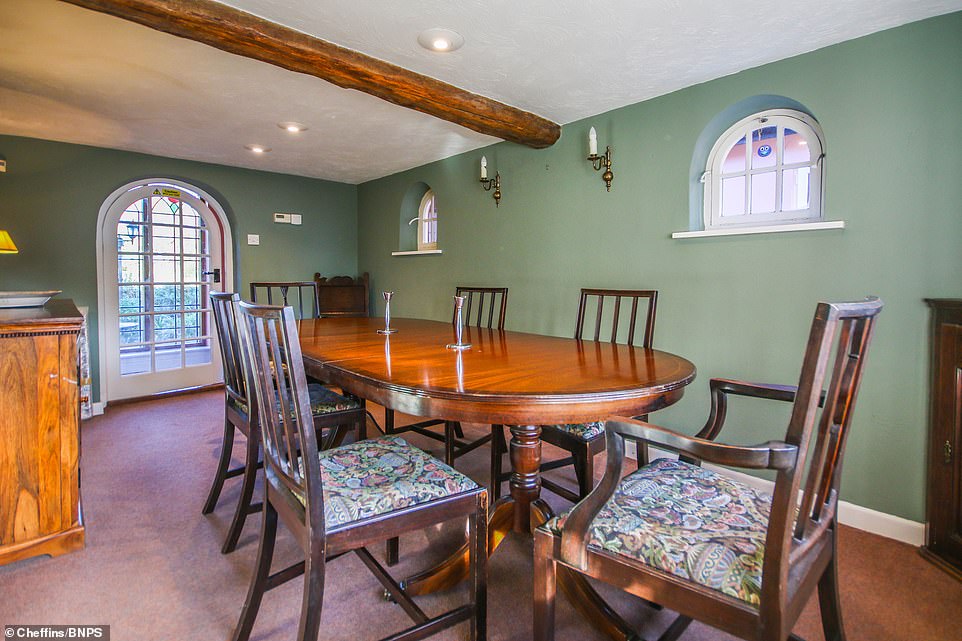 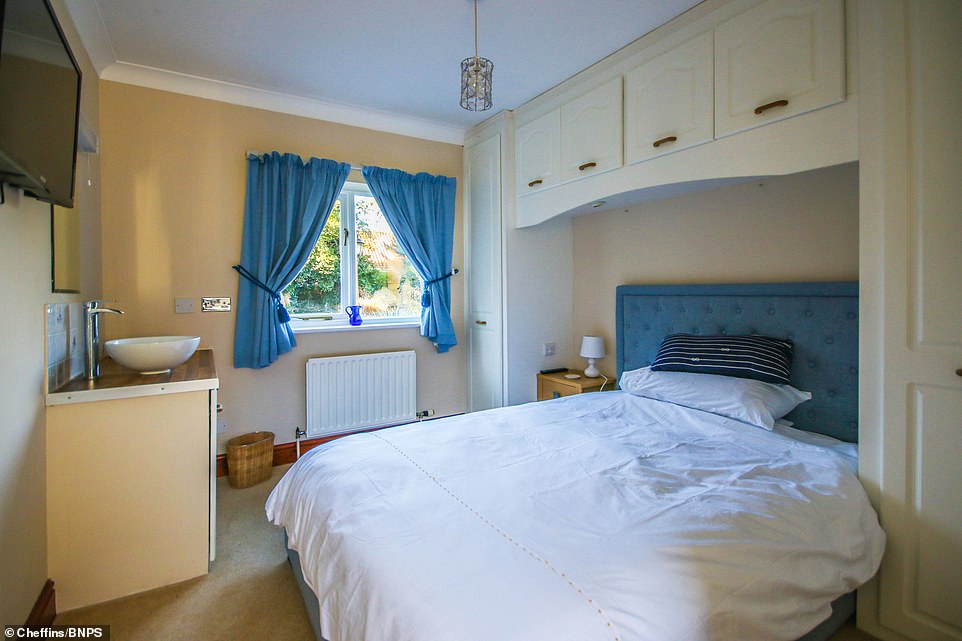 One of the property’s four bedrooms, featuring a hand basin in a vanity unit with cupboard storage under, built in wardrobes

It is believed he used the property as a spot to meet up with his lovers away from prying eyes.

Centuries after the death of Sir Henry, the cottage also became home to physician Alexander Fleming, the inventor of penicillin.

The house has large landscaped gardens, with a collection of established trees and shrubs and river frontage onto the River Lark.

The current owners have a punt which they use to travel down the idyllic river to a nearby hotel for afternoon tea.

The house comes with fishing rights onto the water and is currently run as a B&B. 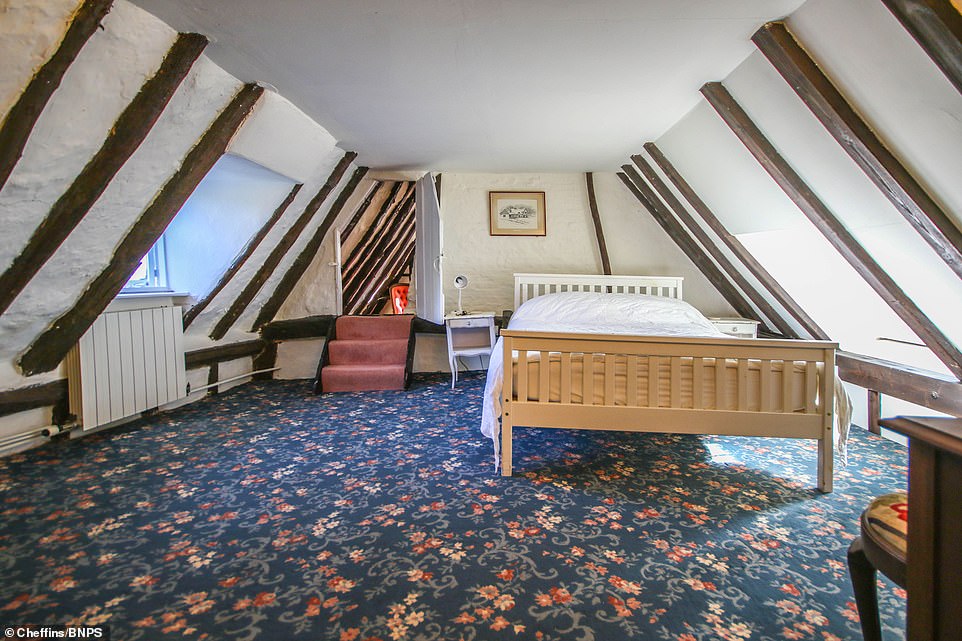 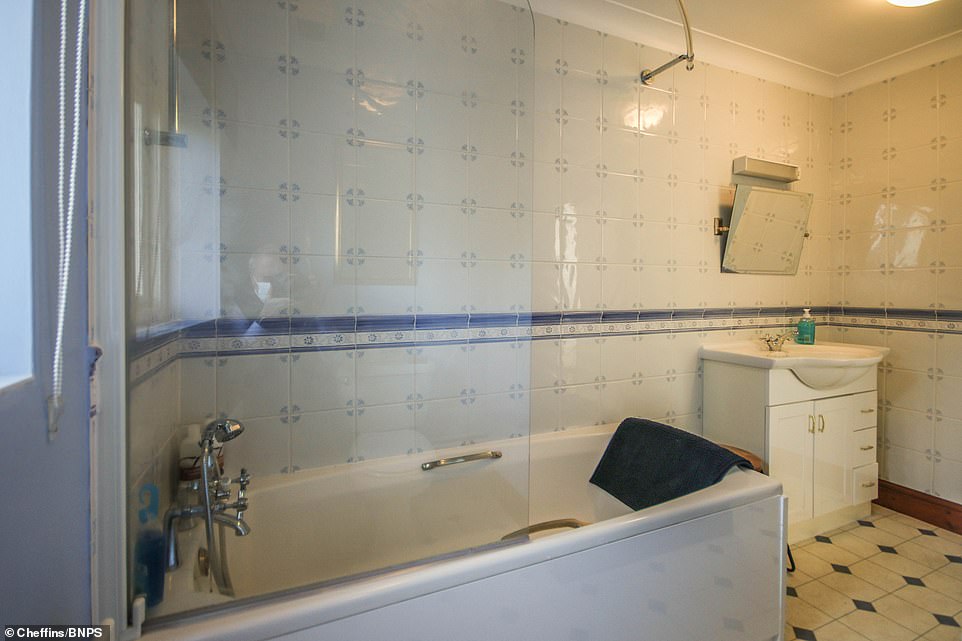 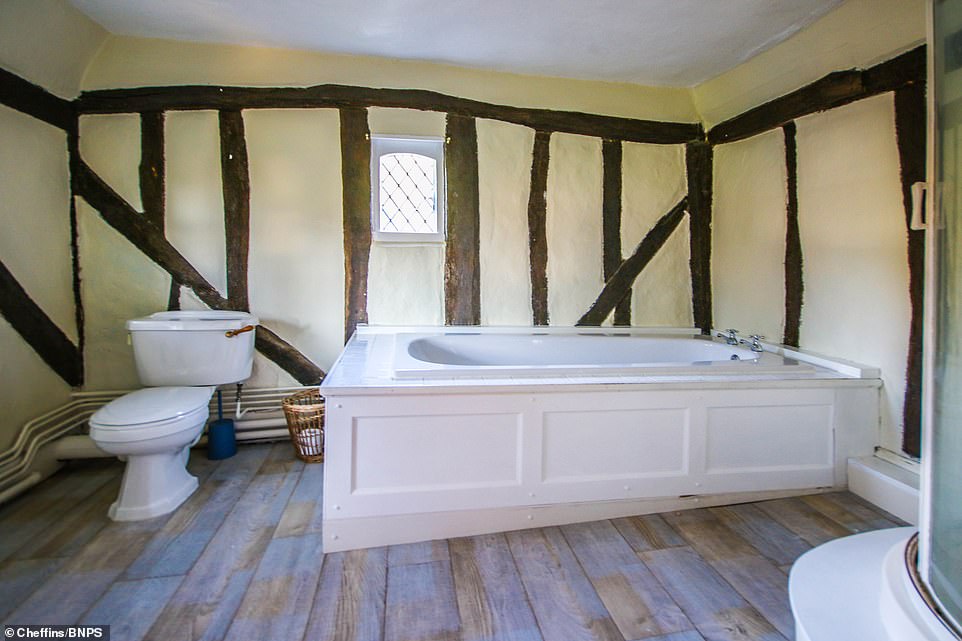 The Grade II listed historic property in Barton Mills, Suffolk, features a kitchen, an oak framed conservatory, 2 bedrooms, a dressing room and a bathroom (pictured) on the first floor and 2 further bedrooms with a bathroom on the ground floor

The topiary hedging in the garden dates back to the Tudor period and Lord Mayor’s Cottage is known to be the oldest property in the village.

Inside, the house has four bedrooms, two bathrooms, a conservatory, a formal dining room, drawing room and sitting room.

Two of the bedrooms are on the ground floor, with a bathroom, and could easily be separated off to make an annexe.

It is believed Sir Henry chose the location as it was equidistant between his homes in London and Norwich.

It is on the market with auctioneers Cheffins, who have described it as ‘delightful’. 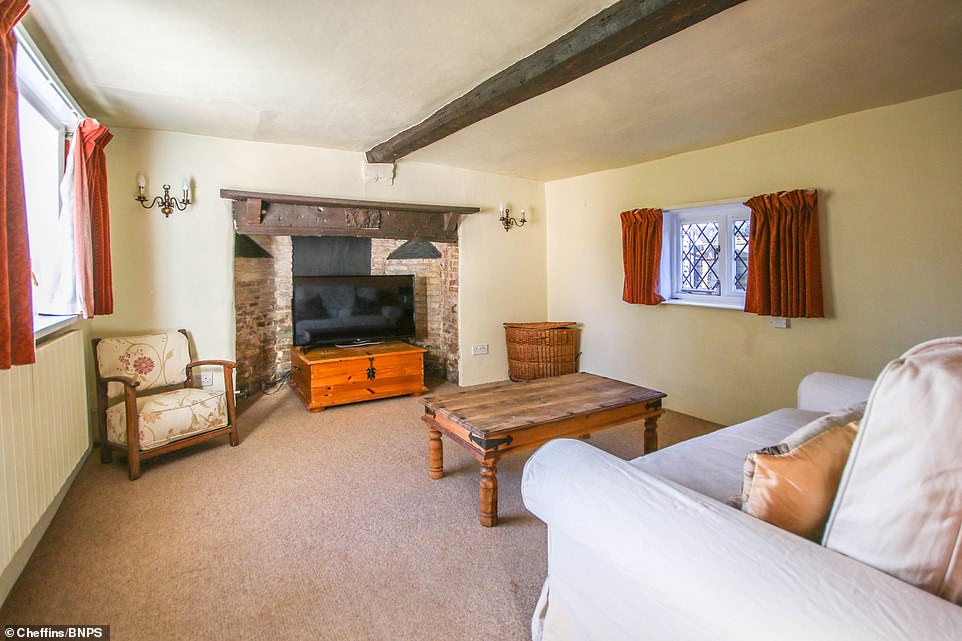 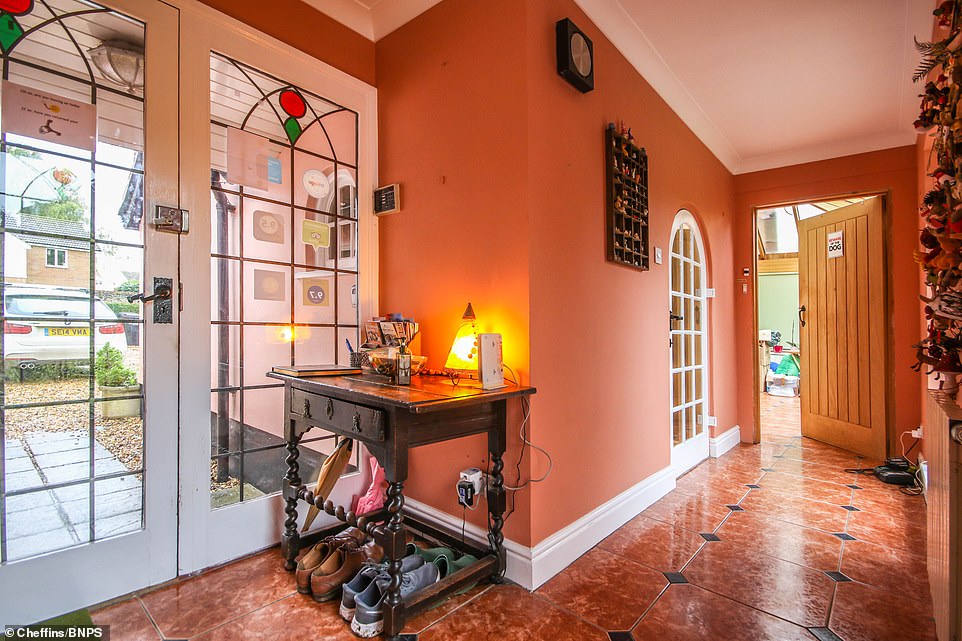 Sir Henry reportedly chose location as it was equidistant between homes in London and Norwich. Pictured: the entrance hall 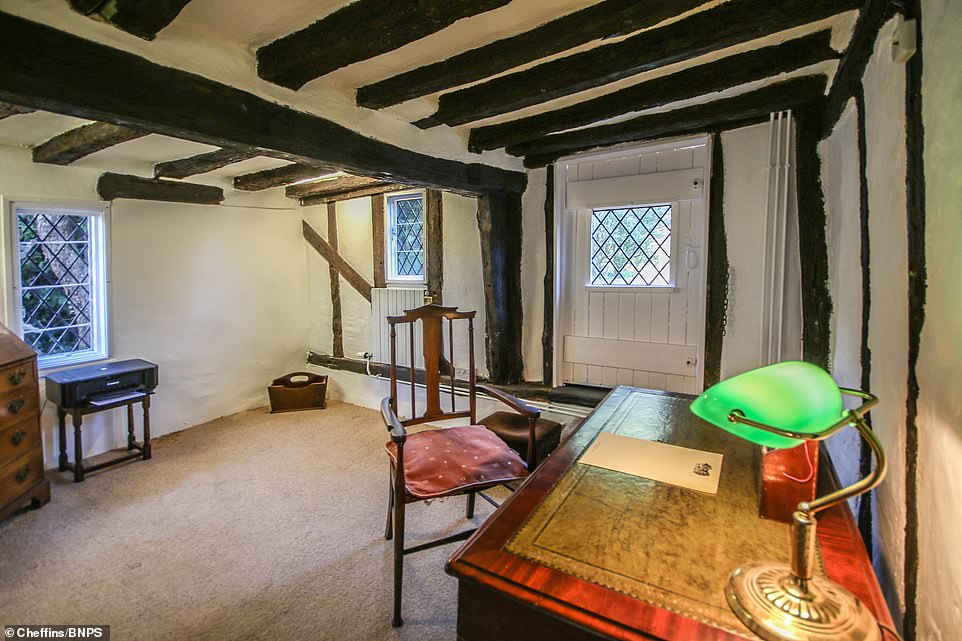 Sir Henry Barton was known for introducing streetlights to the capital. Pictured: a study which features a door to the garden

They have given it an asking price of £760,000 and are expecting a significant amount of interest.

Richard Garrard, from Cheffins, said: ‘It is a wonderful house with a great history.

‘A lot of people do like that little bit of uniqueness when in a property’s past which gives a little depth to the property.

‘It is a wonderful story and makes perfect sense given the location. 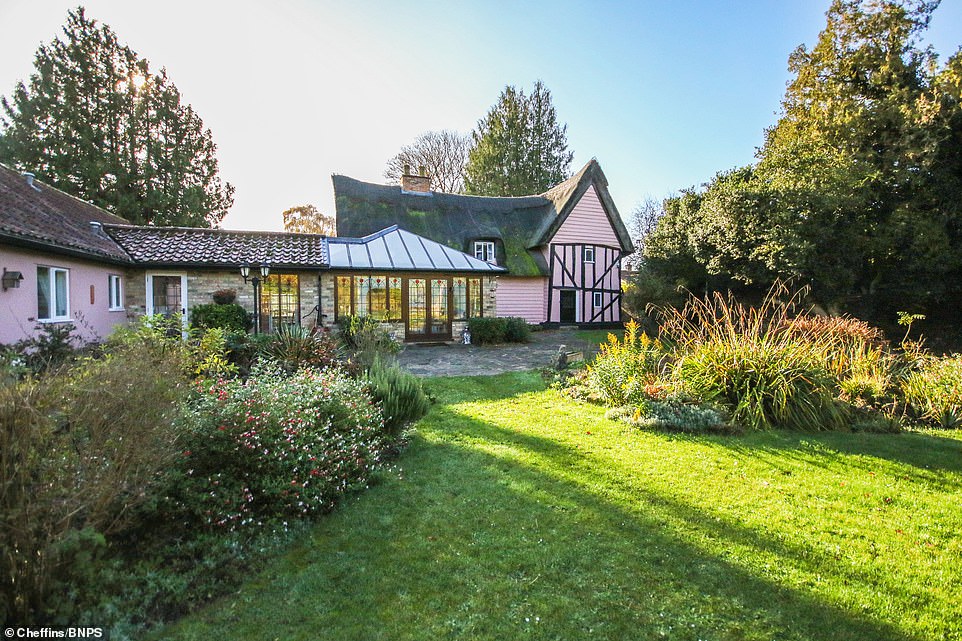 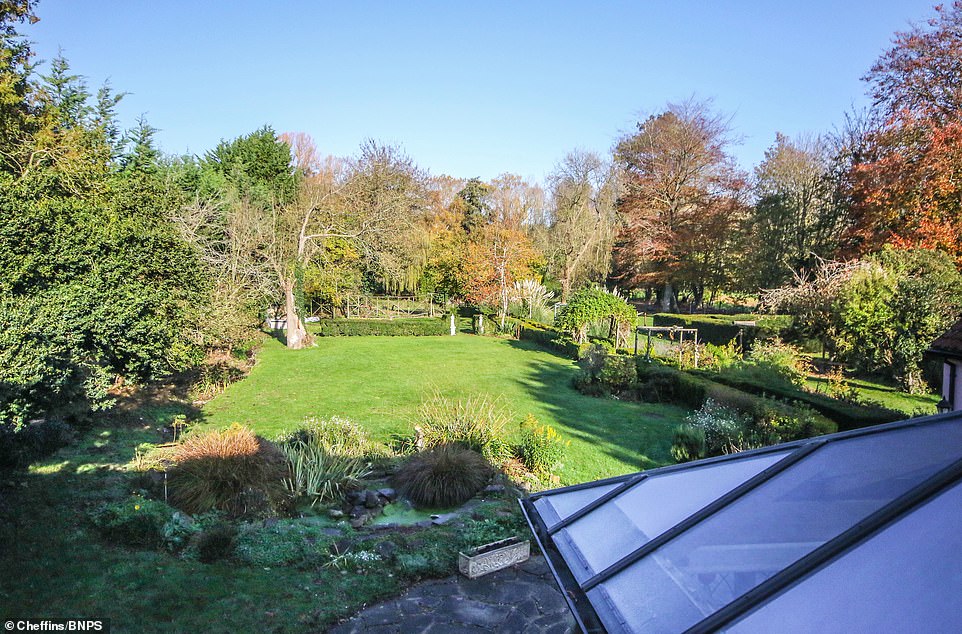 As well as the large gardens, the property has a large driveway and front garden which lead up to the cottage’s front door 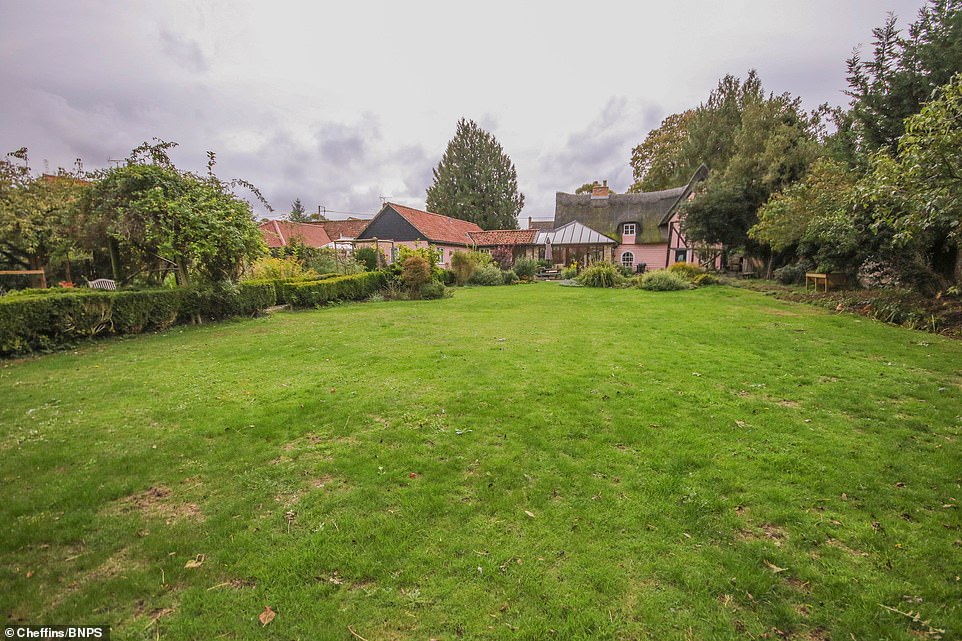 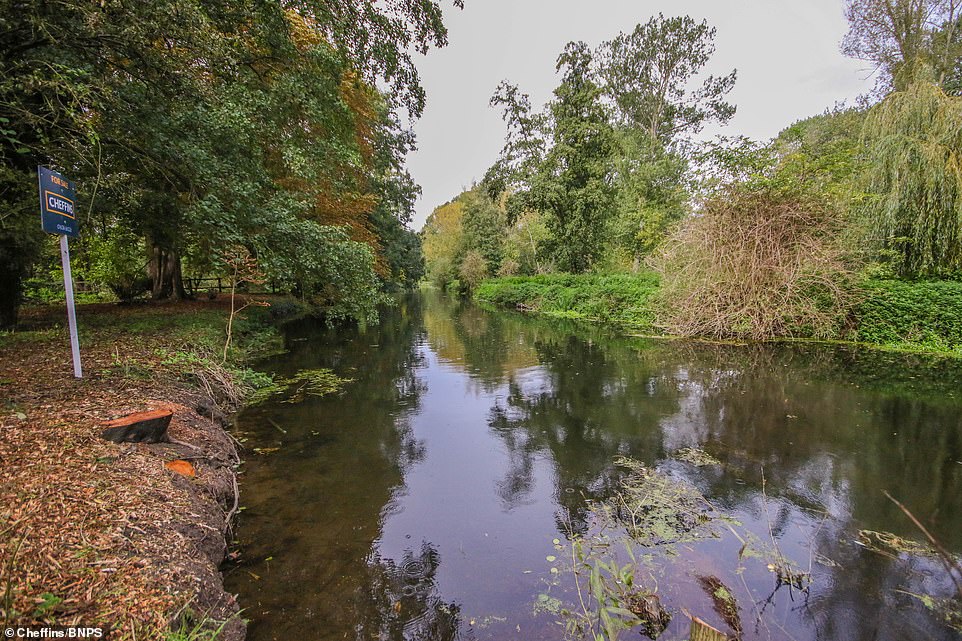 Pictured: A short trip down the idyllic river, which the cottage’s gardens neighbour, leads to a nearby hotel for afternoon tea

‘The property itself is in good condition and despite having a modern extension, maintains its period character.

‘We’ve had a lot of interest in it and I’ve been busy showing potential buyers around recently.’

Sir Henry Barton began his career as an official in the household of Queen Anne, consort of Richard II, until her death in 1394.

He was one of the yeomen of the chamber who remained in attendance upon Richard II’s widow, Isabel, when Henry IV set out on his Scottish expedition of 1400; and in January 1405 he became the first skinner to be retained officially on the staff of the Wardrobe, partly in recognition of his services to the house of Lancaster.

Despite his commitments in the royal household and the demands made upon him as a rentier, Barton found time to pursue a long and active civic career, being one of the few Londoners who was rich enough to hold the office of mayor twice during the early 15th century.

Between them, he and his brother, Ralph (who was alderman of Farringdon Ward Without from 1416 to 1430, and sheriff of London in 1418), possessed great authority in the City.

While mayor for a second term, he laid one of the foundation stones of the new church of St. Stephen, Walbrook, which was begun in May 1429; and at about this time he gave a large silver thurible to St. Paul’s cathedral for censing in mayoral processions.

In 1419, he was elected as Member of Parliament for the City of London as one of the two aldermanic representatives.