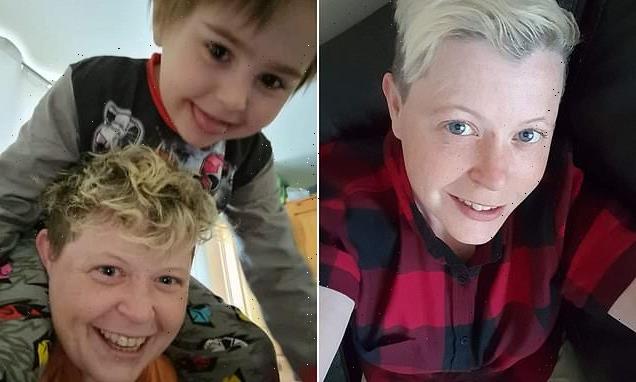 A 38-year-old woman died of complications arising from the AstraZeneca Covid jab, a coroner has ruled.

Kelly Dunley, from Stoke-on-Trent, tragically died after developing a deep vein thrombosis – a type of blood clot – after having the vaccine last year.

The mother, who had her first jab on March 2 last year, was rushed to Royal Stoke University Hospital on May 17, 2021, after collapsing.

Despite the best efforts of medics she died at the hospital, and a post-mortem found a blood clot in her leg had travelled to her lung.

Now a coroner has ruled her death was linked to ‘complications of the vaccine’. 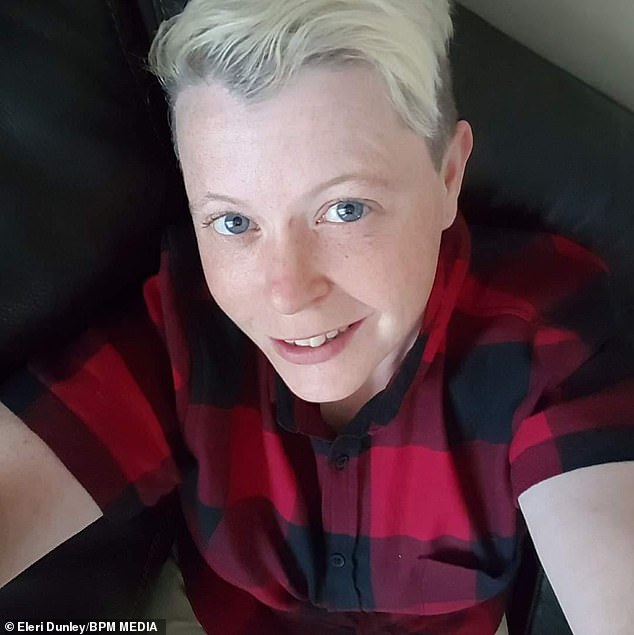 Kelly Dunley, pictured, died weeks after having the AstraZeneca Covid vaccine, something a coroner has ruled contributed to her death

An inquest at Stoke Coroner’s Court was told that Ms Dunley, who lived with her partner in the Boothen area of the city, had been on medication to prevent clotting.

However, it heard that a week before her death she had stopped taking the anti-coagulant Apixaban, Stoke-on-Trent Live reports.

Her family had a history of deep vein thrombosis and she had developed the condition in her leg shortly after having the vaccine.

North Staffordshire assistant coroner Daniel Howe said: ‘She had the AstraZeneca vaccine on March 2, 2021. She had deep vein thrombosis two weeks after. 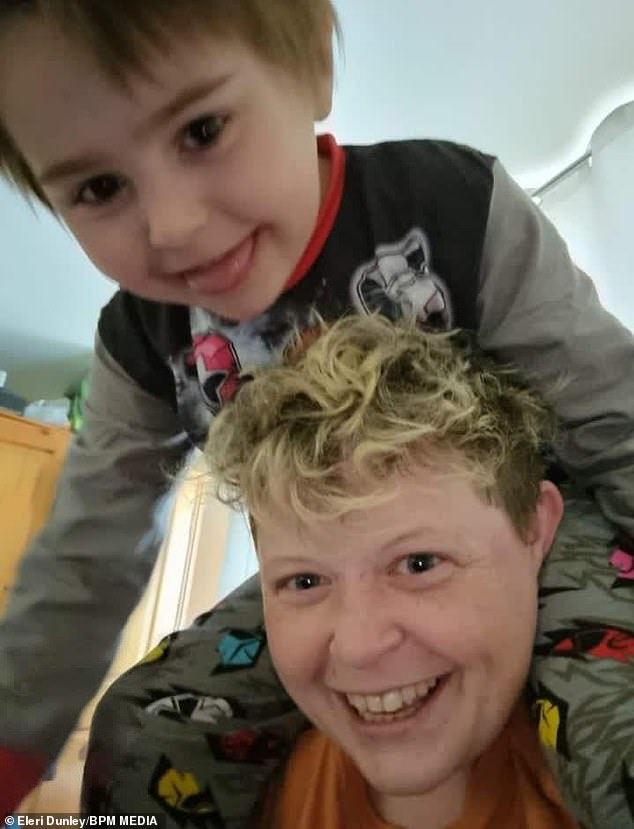 The mother, pictured here with her step-son Aiden, collapsed at her home in Stoke-on-Trent and later died in hospital

‘She stopped the Apixaban and one week after she was unwell with lethargy and shortness of breath.

‘She attempted to mobilise to the toilet and collapsed. She had convulsions.

‘On arrival of the ambulance crew she was alert but pale and sweaty. She remained short of breath.

‘She went into cardiac arrest at the Royal Stoke and resuscitation was attempted.’

Sadly, Ms Dunley died at the hospital, and a post-mortem found the blood clot in her leg had moved up into her lung, killing her.

The examination also found she had a laceration to her liver, which was likely caused by the attempted resuscitation, and an abnormal spleen.

Mr Howe added: ‘Kelly passed away at the Royal Stoke from a pulmonary thromboembolism from deep vein thrombosis after receiving the vaccine and after ceasing to take her medication.

‘The cause of death was the pulmonary embolism caused by deep vein thrombosis. It was complications of the vaccine.’