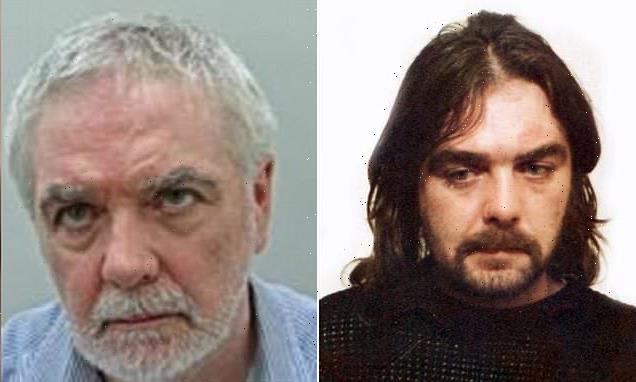 A serial sex attacker dubbed the ‘Coronation Street rapist’ will be released from jail next month despite receiving thirteen life terms.

Andrew Barlow, 66, formerly called Longmire, was locked up in October 1988 after being convicted of 11 rapes, three attempted rapes, indecent assault and using a firearm to resist arrest.

His tariff was fixed at 20 years and in the decades that followed he was linked to more offending as previously unsolved cases were cracked.

Between 1981 and 1988 he went on two separate campaigns of terror, raping women in five different counties. 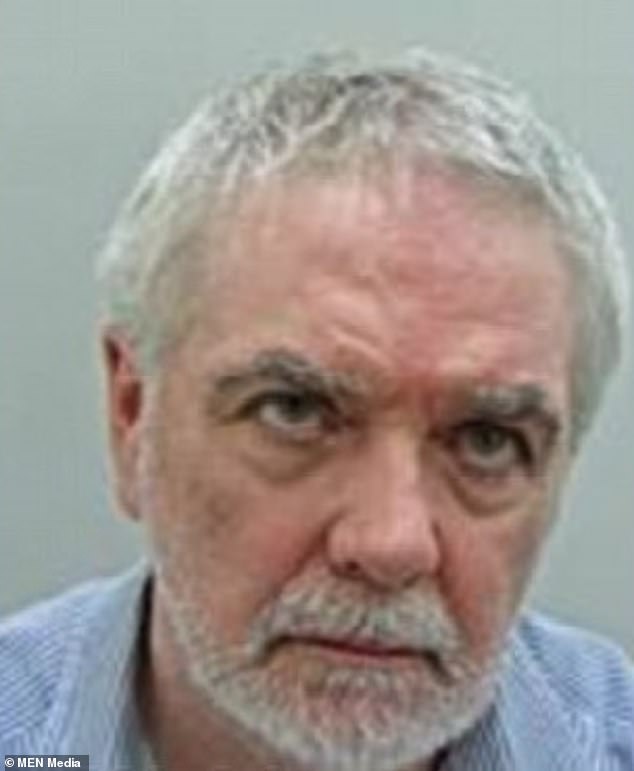 Andrew Barlow (pictured in 2017), 66, formerly called Longmire, was locked up in October 1988 after being convicted of 11 rapes, three attempted rapes, indecent assault and using a firearm to resist arrest 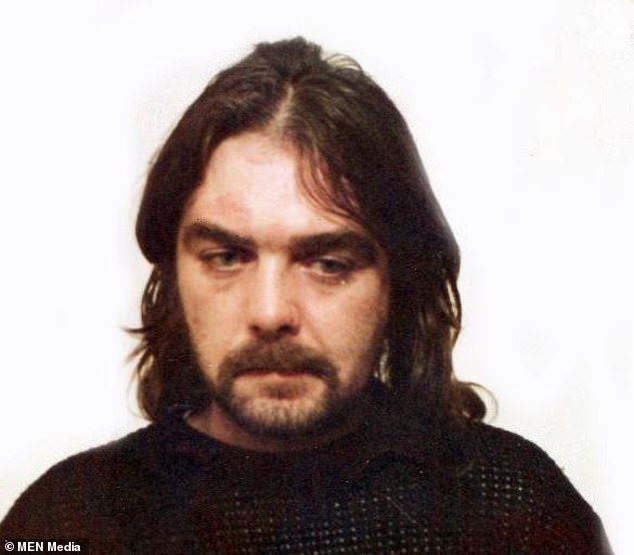 The first was between 1981 and 1984 and the second between August 1987 and his arrest in January 1988, when opened fire with a shotgun as two police officers detained him.

He was dubbed ‘The Coronation Street rapist’ as most of the victims were attacked in their own terraced homes, mainly in Greater Manchester. Two of the attacks took place in the street.

He would spend days carrying out reconnaissance on his victims’ homes to work out domestic routines, so he knew at what time husbands and partners would leave for work so he could attack women alone. He preyed upon teenagers and young mothers.

The final two convictions were for offences committed in 1981 and 1982. In the first a woman was raped in front of her three-year-old child. In the second a 15-year-old girl was raped at knifepoint.

They were solved thanks to advances in DNA technology and Barlow admitted them both, but said he could not remember either attack.

Barlow, who lived in Bolton and Oldham, was a Category A prisoner until this was downgraded to B in 2010.

The Parole Board has now confirmed his imminent release but a summary of the reasons why he is being granted his freedom after 34 years in custody reveals he has already had a taste of freedom.

The decision to release him was made on November 30 – the eighth time his case had been reviewed by the Parole Board since the expiry of his initial 20-year tariff.

A Parole Board Decision Summary says: ‘In 2020, a panel of the Parole Board considered his case and recommended transfer to open conditions. 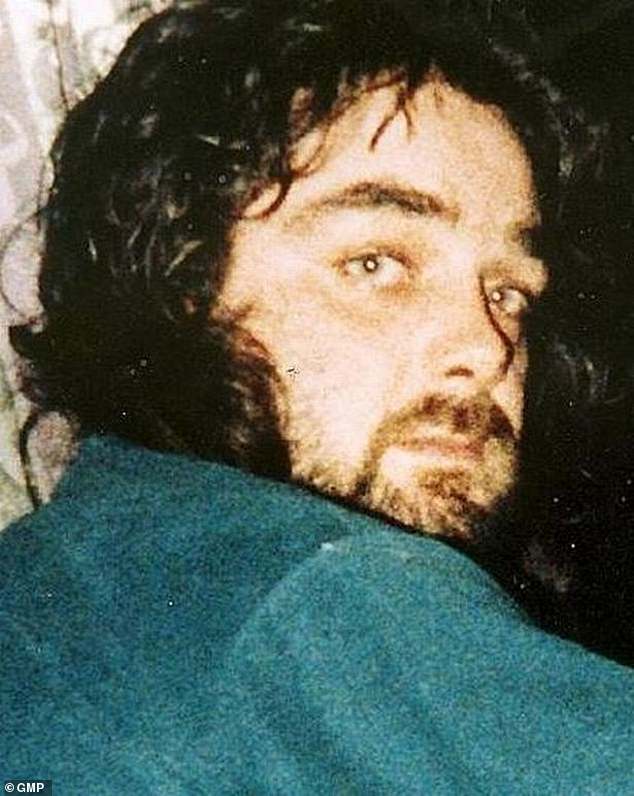 Barlow, who lived in Bolton and Oldham, was a Category A prisoner until this was downgraded to B in 2010

‘This recommendation was accepted by the Secretary of State and Mr Barlow was transferred to open conditions in January 2021.

‘Following that move, he had successfully undertaken periods of temporary release where he was escorted by a prison officer. The panel heard how well he was progressing in open conditions.

‘In June 2022, Mr Barlow was moved back to closed conditions. After hearing from witnesses and Mr Barlow, the panel concluded that the evidence did not support the reasons for the transfer back to closed prison.

‘The panel examined the release plan provided by Mr Barlow’s probation officer and weighed its proposals against assessed risks.

‘The plan included a requirement to reside in designated accommodation as well as strict limitations on Mr Barlow’s contacts, movements and activities.

‘The panel concluded this plan was robust enough to manage Mr Barlow in the community at this stage.’ 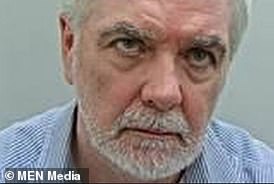 The panel also considered evidence from a prison service psychologist. A second psychologist commissioned on behalf of Mr Barlow recommended his release.

The panel also considered a statement from a victim which conveyed the impact of Barlow’s crimes and the consequences of his offending.

The decision summary says that at the time of his offending, Barlow had been ‘thinking about sex a lot, thinking he had the right to have sex as and when he wanted and thinking it was acceptable to use sexual violence.

‘He had a chaotic way of life, misused substances and struggled to control extreme emotions.’

It adds: ‘Mr Barlow was not managing certain aspects of his personality and had unhelpful ways of thinking.

‘He also demonstrated a willingness to use violence and weapons and did not care about the effects of his actions on others.’

Its says his behaviour while in custody has been ‘good’ for many years. He has obtained educational and vocational qualifications.

He has completed accredited programmes to address sex offending.

In 2002 he commenced treatment at the Fens Dangerous and Severe Personality Disorder Unit at Whitemoor Prison.

He has also spent considerable time in a regime to help people recognise and deal with their complex problems.

His release is subject to the following licence conditions, which must be strictly adhered to.

They include residing at a designated address, to be of good behaviour, to disclose developing relationships and to report as required for supervision or other appointments.

He will be subject to an enhanced form of supervision or monitoring including drug testing, signing-in times, GPS trail monitoring, polygraph testing and a specified curfew.

He must comply with other identified limitations concerning contacts, activities, residency and an exclusion zone to avoid contact with victims.

He must also abide by specified restrictions relating to the use of electronic technology. 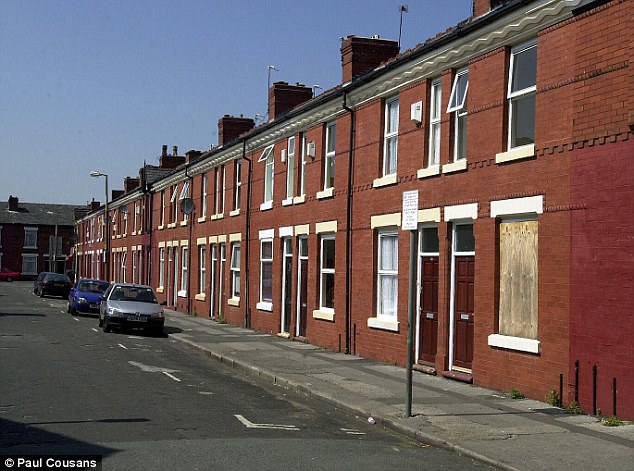 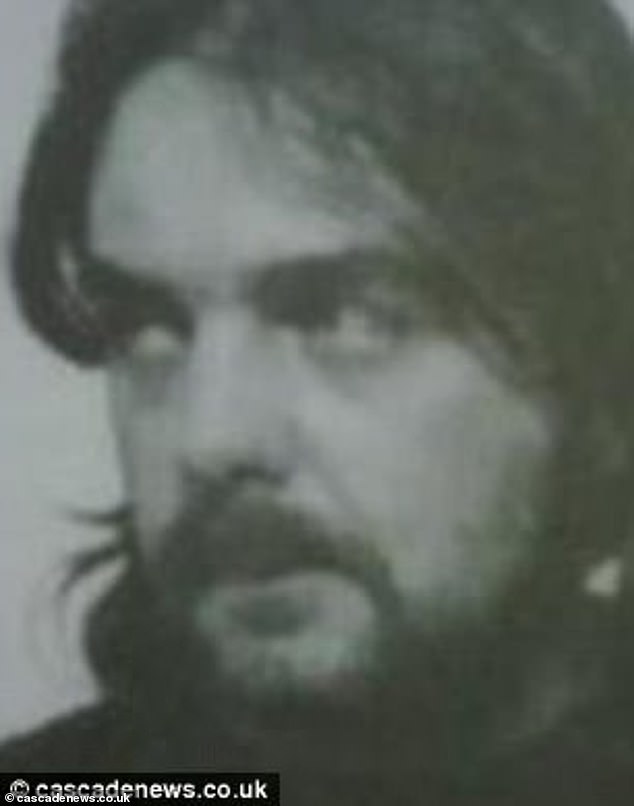 He would spend days carrying out reconnaissance on his victims’ homes to work out domestic routines, so he knew at what time husbands and partners would leave for work so he could attack women alone (pictured in 1988)

While behind bars in 2010, Barlow was convicted of an historic offence committed on September 7, 1981, in Sheffield.

Masked, he went into the victim’s house after her husband had gone to work.

He threatened her with a foot-long screwdriver, forced her to undress and put a cushion cover over her head before raping her.

A court heard the woman thought she was going to be killed and was terrified the attacker would harm her young child, who was hiding behind the settee.

Barlow was finally caught after a ‘cold-case review’ by South Yorkshire Police.

Sentencing him in 2010, The Recorder of Sheffield, Judge Alan Goldsack QC, said the attack was a ‘dreadful offence’.

‘We can confirm that a panel of the Parole Board has directed the release of Andrew Barlow following an oral hearing.

‘Parole Board decisions are solely focused on what risk a prisoner could represent to the public if released and whether that risk is manageable in the community.

‘A panel will carefully examine a huge range of evidence, including details of the original crime, and any evidence of behaviour change, as well as explore the harm done and impact the crime has had on the victims.

‘Members read and digest hundreds of pages of evidence and reports in the lead up to an oral hearing.

‘Evidence from witnesses such as probation officers, psychiatrists and psychologists, officials supervising the offender in prison as well as victim personal statements may be given at the hearing.

‘It is standard for the prisoner and witnesses to be questioned at length during the hearing which often lasts a full day or more.

‘Parole reviews are undertaken thoroughly and with extreme care. Protecting the public is our number one priority.’

He said: ‘You raped a young woman in her own home and in the presence of her little child,’ he said, adding: ‘You are a dangerous man.’

After setting the minimum term of two years, the judge told Barlow: ‘Whether, after that, you are ever released will only happen if the various risk factors the parole board identified have been reduced almost to the point of not existing at all.

‘On the evidence I have seen, that’s not likely to happen in the foreseeable future.’

He went into the girl’s home at around 8.45am, when she was alone in her bedroom, after both her parents had left the the house.

He threatened the ‘petrified’ girl with a knife and pulled off her clothes before raping her.

Barlow was linked to the case after GMP cold case detectives re-opened it in 2009.

He was interviewed that year at Preston Police Station, but denied all knowledge of the attack.

Advances in DNA technology meant they were finally able to identify him as the attacker and he was arrested at HMP Wymott in June 2017. He later pleaded guilty to the offence.

She wrote: ‘You are the reason I will sleep at night and I just needed to thank you so very much,’ after a thirty year burden was lifted. She had been living in fear of him getting out.

Attacked in 1987, by Barlow, she said in her letter to Mr Bottomley: ‘I am writing to thank you and your team from the bottom of my heart for pursuing a cold case against the above and (Barlow) getting a 13th life sentence conviction, even though the judge only saw fit to give a minimum of two years

‘I was one of the last victims and left with multiple stab wounds and a collapsed lung. This man is without doubt a danger to any woman that comes near him. I need to congratulate you on this cold case success.’

She adds: ‘I have been blessed, I have survived and had a productive and happy life thanks to the resolute support and love of my husband, family, and friends.

‘However, especially recently, I have had an underlying dread that he will be released, and I know that this was getting very close.

‘So now, thanks to your team, I am able to forget about this… and move on yet again.’

Barlow was given his final life sentence at Bolton Crown Court in October 2017, appearing via a video link.

At the time Mr Bottomley said: ‘This is a great result for the victim, bringing her comfort, and to further safeguard the public from this man, who in my view still poses a threat.’

Zahra Baqri, defending, told the court that Barlow ‘has suffered from a psychopathic disorder’ and had made ‘positive changes’ while in prison.