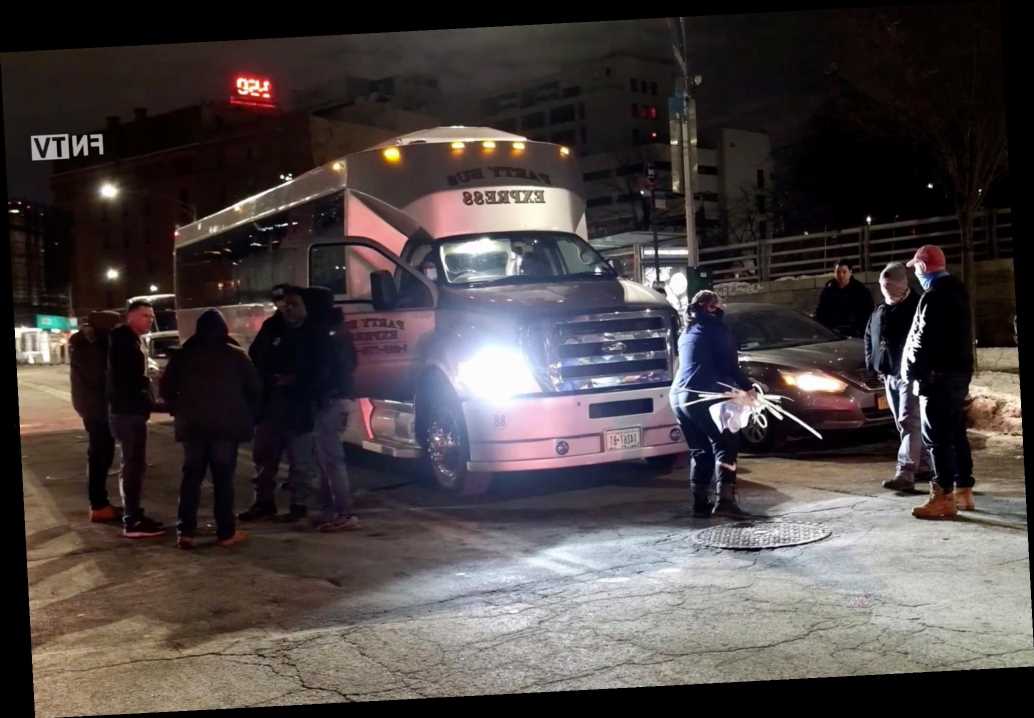 Health clinic shooter had 43 past run-ins with Minnesota cops

Tense times at the Times and other commentary

1 dead, 4 injured in shooting at Minnesota health clinic where bomb went off

The bus, operated by Party Bus Express New York, was pulled over at Front Street near York Street in DUMBO around 12:30 a.m., after cops were alerted that occupants were posing with firearms and posting the photos on social media, according to police.

The 41 occupants were taken into custody for questioning, and 14 people were arrested — including 11 adult men and three boys.

“Based on intelligence gathered by @NYPDPSA2 Youth Coordination Officers last night, Brooklyn North Violent Crimes Squad & @NYPD84Pct stopped a party bus in #DUMBO with passengers who were in possession of firearms,” the NYPD tweeted. “A total of 8 loaded handguns were recovered. Charges are pending.”

Police could not immediately say where the group was from or where they were headed.

“This is a very dangerous city,” said a high-ranking police source who provided information on the major bust.