HUNDREDS of revellers were filmed breaking lockdown rules to party at an illegal rave on a nature reserve.

Footage shows crowds hugging, dancing together and inhaling "hippy crack" as about 200 covidiots partied around a DJ with decks and a sound system. 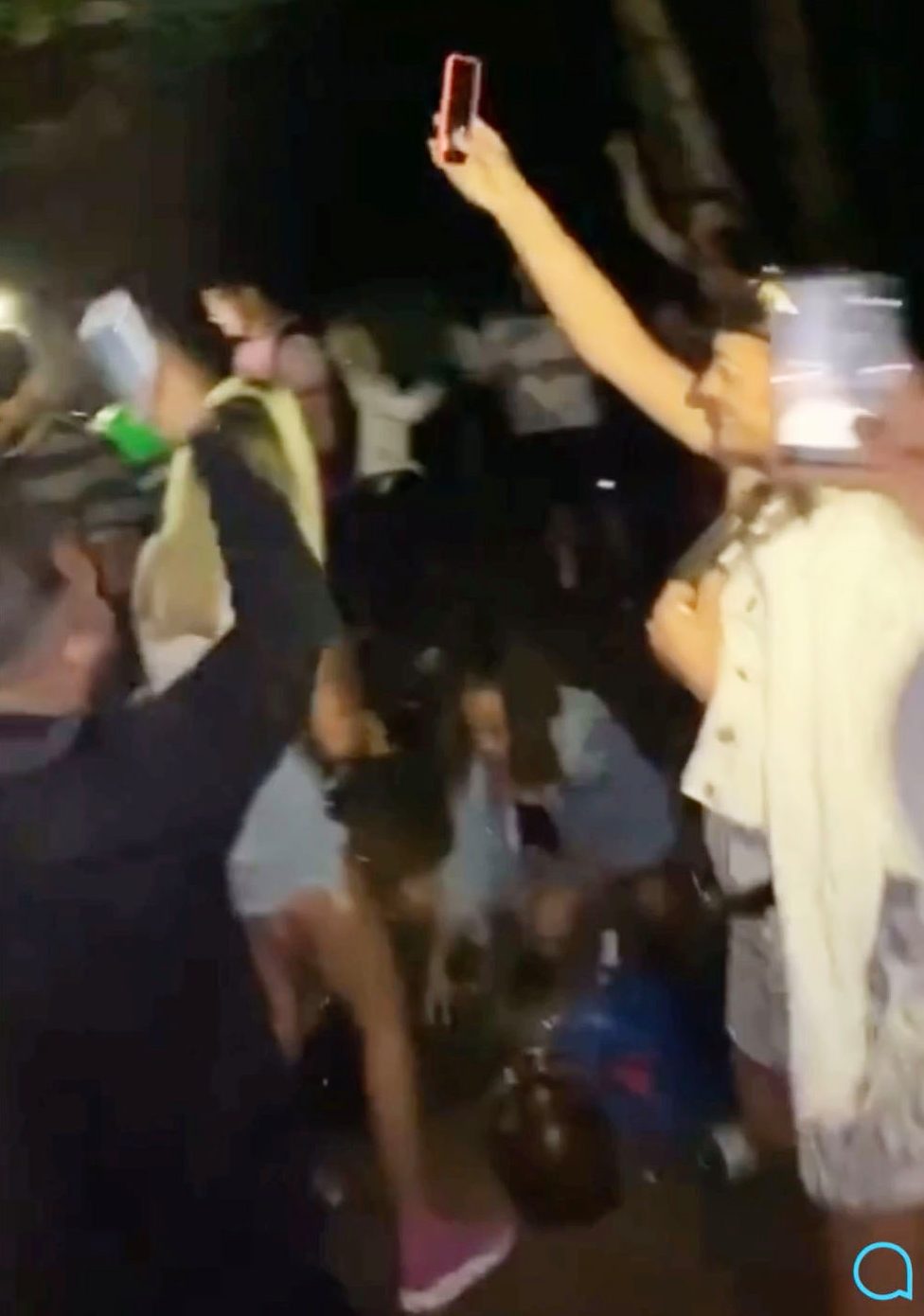 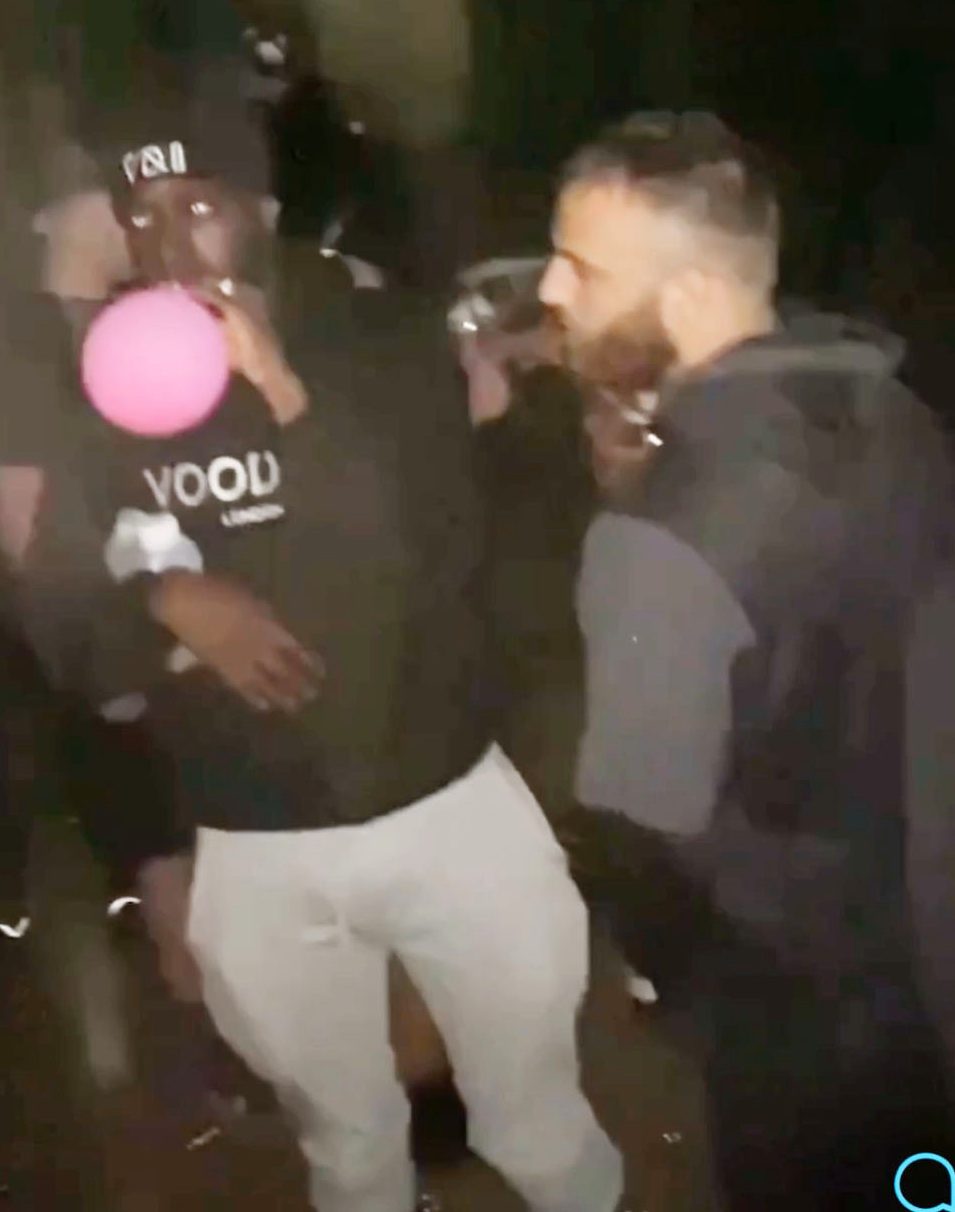 Partygoers carrying torches waded across the River Aire to reach the rave which started around 7pm on Monday.

Up to 50 officers were called to break up the illegal rave on Kirkstall Valley Nature Reserve in Leeds, West Yorkshire.

Sound equipment, mixing decks, lights and gazebos were set up on the nature reserve as the reckless ravers flouted coronavirus social distancing rules.

Firefighters rescued one female partygoer who got into trouble in the water as she crossed the river and police made three arrests.

A police helicopter was also dispatched to the area and was seen flying low over parts of Kirkstall, Bramley and Burley until midnight.

As well as the arrests police seized sound equipment, and the revellers were still seen dispersing at 5am this morning.

The Kirkstall Valley community group slammed those who attended the rave.

They described the incident as "a disgraceful act against nature". 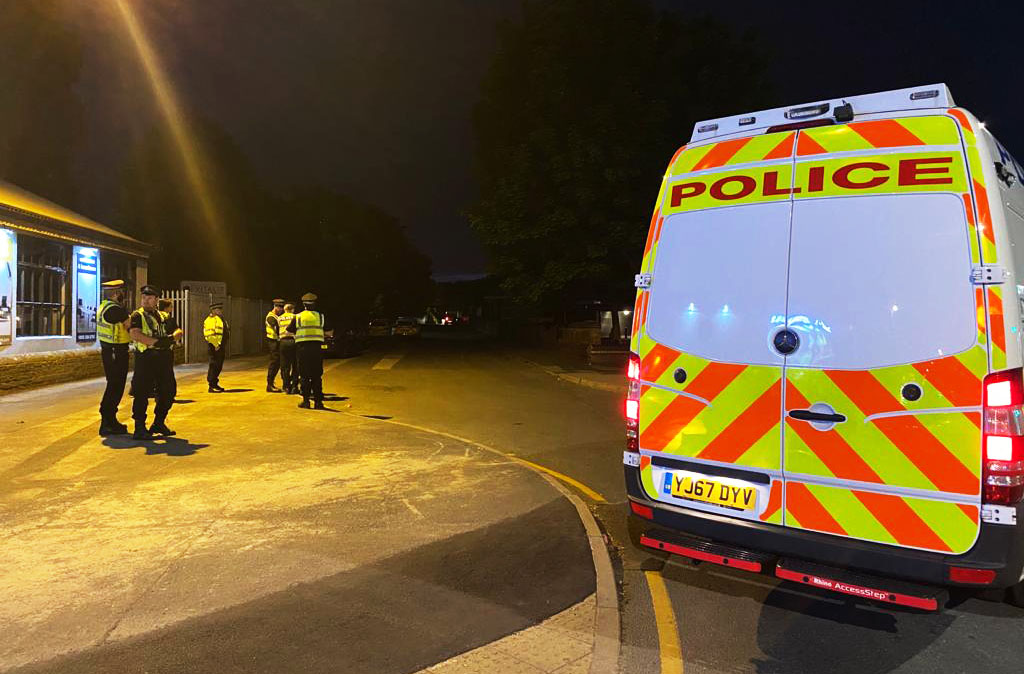 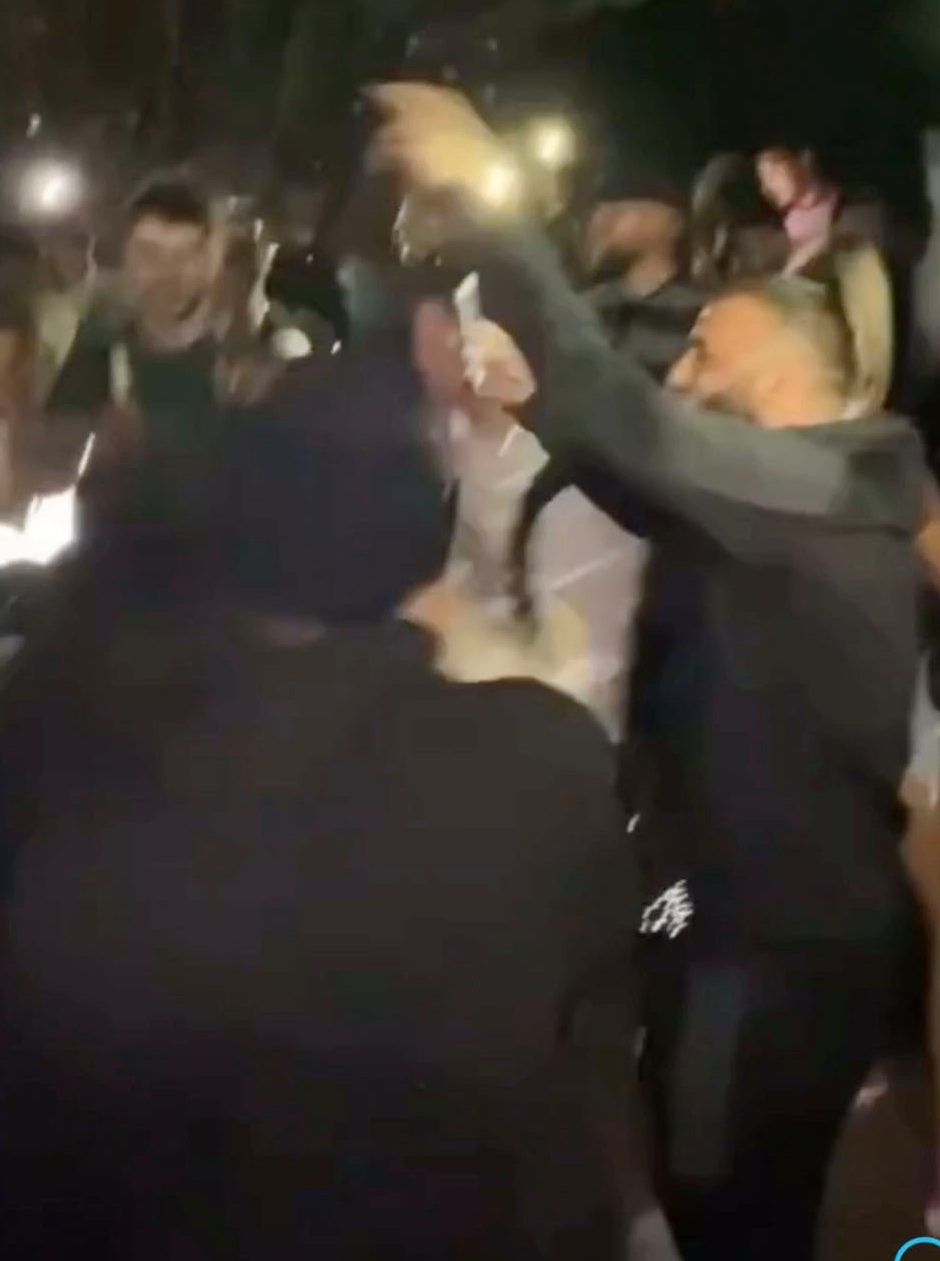 They wrote on Facebook: "Well the fine youth of Leeds ONCE AGAIN show NO RESPECT for wildlife in bird breeding season never mind lock down.

"Once again on the Kirkstall Valley Nature Reserve youths, people have a full blown amped up music rave on the nature reserve last night from approx 9pm.

"We have not assessed the damage that has been done yet but many waterfowl species will have been scared off their nests which will have been on the ground and in the river bank.

"Young will likely to have been abandoned or even trodden on in the dark. Mallard, gooseander, grey wagtails will all have had young in nests on the ground near the river bank. Wrens, robins, blackbirds, blackcap and many others are ground nesting birds nesting in bramble patches and dense vegetation which will likely have been damaged or disturbed.

"When we made our report, the police told us 200 people were there and the fire brigade were called out to access the island safely, as you have to cross the river.

"We hope fines will have been enforced not just a warning. This is not just breaking lockdown. This is breaking the WILDLIFE AND CONSERVATION ACT.

"We are left heart broken for the likely damage to birds nests and their young and to other species breeding at this time of year.

"We are DISGUSTED with the LITTLE RESPECT people show for wildlife thinking only of themselves and where they can get the next high from."

The illegal rave was advertised on Snapchat.

Lisa Sunderland added: "Absolute muppets. Show them images of what frontline doctors and nurses are dealing with and get them to sign a waiver that they will not need the NHS in the event of illness. Absolute disgrace."

Superintendent Chris Bowen of West Yorkshire Police said: "We would urge people to consider their own safety and the safety of others, particularly during the warmer weather and the ongoing period of lockdown.

"We will continue to work alongside our partners to engage, explain and encourage in a way that will influence people’s behaviours, using enforcement only in the circumstances that we have to." 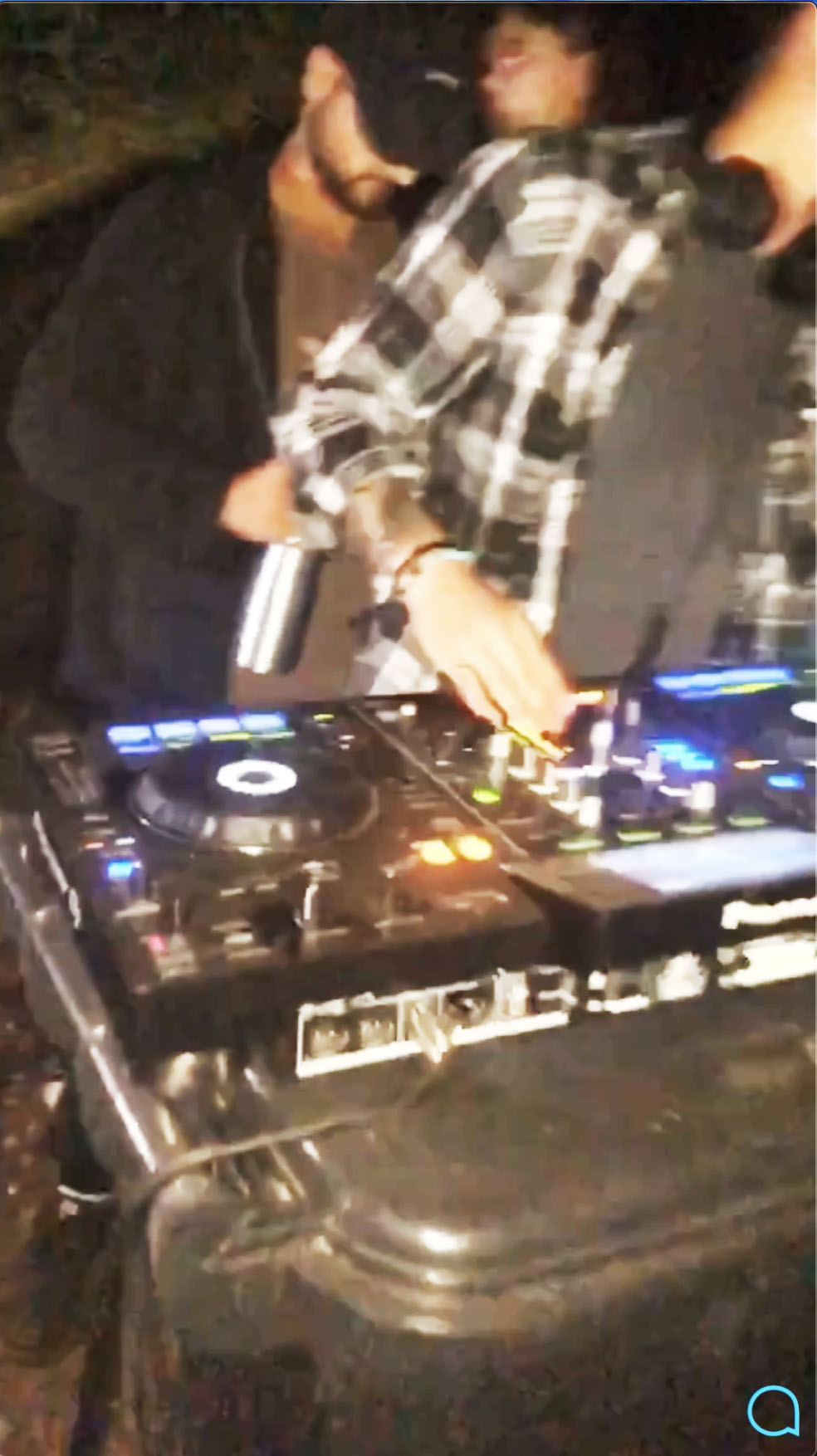