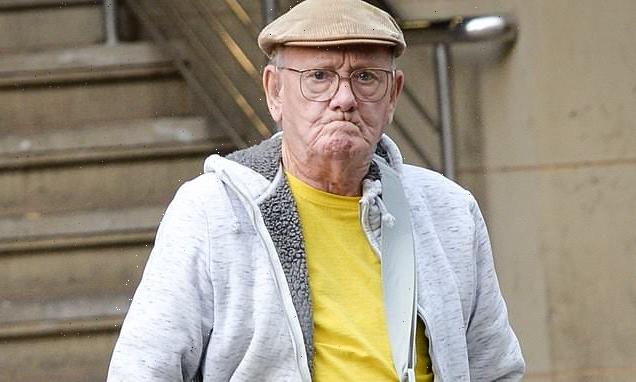 Convicted rapist, 80, with long history of sexual crimes dating back 50 years who was snared trying to meet ’14-year-old girl’ is spared jail because he’s vulnerable to Covid

A pensioner with a history of sexual crimes dating back 50 years has been spared jail after trying to meet up with an adult posing as a 14-year-old girl – because he’s vulnerable to Covid-19.

Hardy pleaded guilty to attempting to engage in sexual communication with a child and attempting to meet a girl under 16 years old for grooming.

Cyril Hardy, 80, from Rochdale, has been given an 18 month suspended sentence after he pleaded guilty to attempting to engage in sexual communication with a child and attempting to meet a girl under 16 years old for grooming 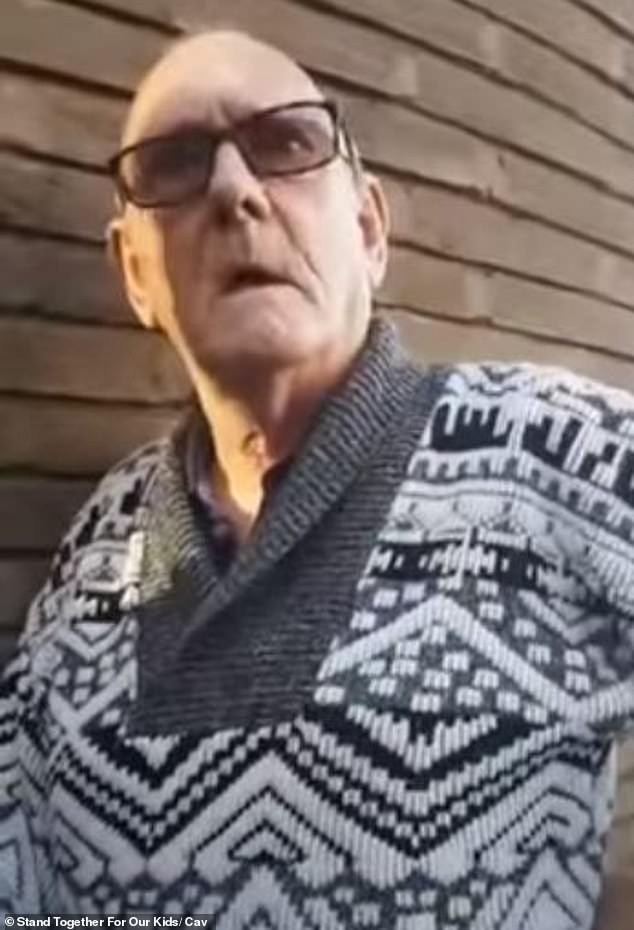 Hardy, who has convictions for sex crimes going back 50 years, was filmed by paedophile hunter group Parents Standing Together For Our Kids after arranging to meet a person he thought was a 14-year-old girl outside Manchester Victoria Station

The court heard how Stacey McDonald, 29, a member of paedophile hunter group Parents Standing Together For Our Kids, set up a decoy as a ’14-year-old girl’ called Atara Louise on MeetMe and WhatsApp.

Alexandra Sutton, prosecuting, said that between October 21, 2017, and November 20, 2017, Hardy told ‘Atara’ he wanted her to live with him, marry him and have his children.

Ms Sutton said: ‘She said her mother was going away for a week.

‘He asked her to meet him in the city centre for shopping and said he would take her to buy some new outfits.

‘He asked if she wanted a silver or yellow gold wedding ring.’ 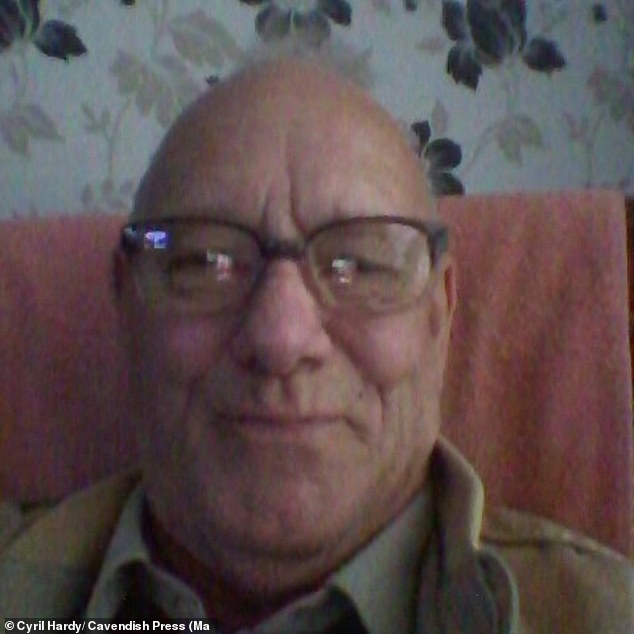 In addition to his suspended sentence, Hardy has been ordered to sign the Sex Offenders Register for ten years after he became one of the oldest men in Britain to be ensnared by a paedophile hunter group 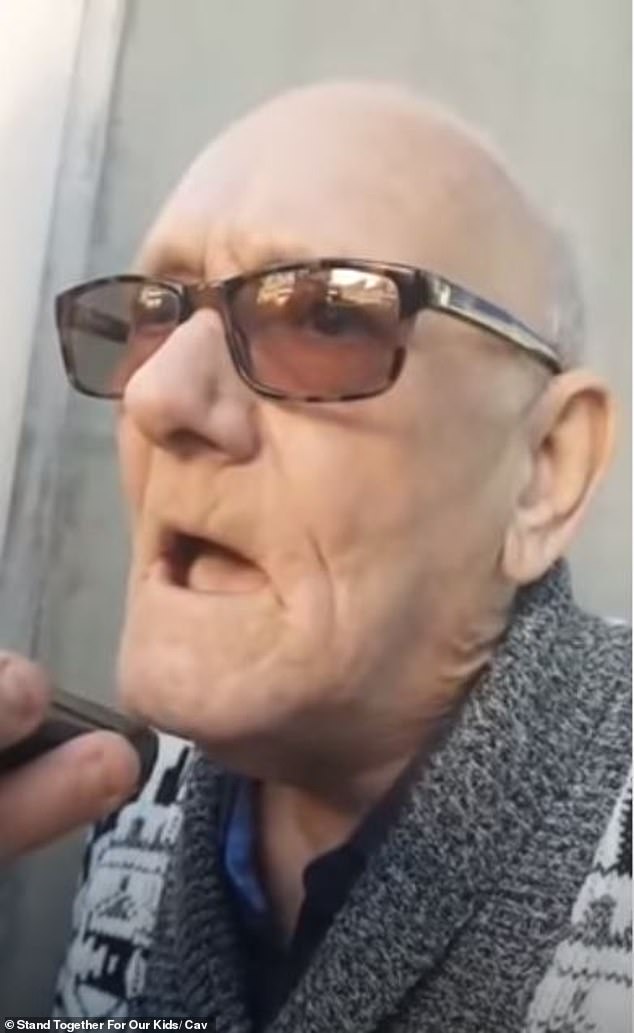 Hardy feigned innocence when he was confronted by the paedophile hunter group in November 2017 and insisted he thought 14-year old ‘Atara’ was older, despite regularly asking her about school during their online chats

The court heard how on November 18, 2017 Hardy arranged to meet ‘Atara’ at Manchester Victoria station and sent her a photograph of his car registration number.

Once there he was confronted by members of Parents Standing Together For Our Kids, filmed and arrested by police.

A bottle of perfume, an iPhone, and an iTunes gift card were found in his vehicle.

When reprimanded, Ms Sutton said Hardy, who has 16 convictions for 20 offences, said he thought ‘Atara’ was actually older than she was.

Hardy, from Rochdale, Greater Manchester, said that the talk about marriage and children was ‘just a laugh.’

Daniel Gaskrell, mitigating, described Hardy – who originally pleaded not guilty but later changed his plea – as ‘a lonely old man who was seeking comfort of strangers, and has been in and out of marriages.’

Judge Paul Lawton criticised two-year delays to the case and said he would have had no reservations of sending Hardy to prison, despite his age.

But, due to the length of time it had taken for the case to conclude, Judge Lawton said he now had the problem that Hardy is vulnerable to Covid, due to suffering from ischemic heart disease and being diabetic.

Judge Lawton said: ‘You are a ticking time bomb in custody as far as Covid is concerned.’ 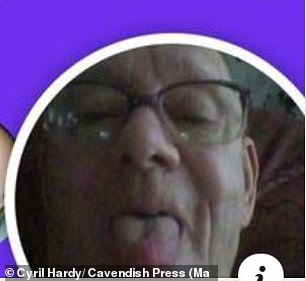 Hardy, who was described as ‘a man living in a fantasy world’, had a dating profile on Badoo

He added: ‘You met ‘Atara’ on different apps. She was a decoy set up by adults.

‘She made it crystal clear she was only 14 years old and this did not deter you in any way.

‘You said she should bear you with children and you signed off with multiple kisses on numerous occasions.

‘You had gifts in your car for “Atara”.

‘This suggests a man living in an absolute fantasy world, thinking a 14-year-old girl would find you attractive.

‘This is all the more sinister with regard to your previous convictions of sexual assault and rape for which you served seven years in prison. Your intentions were sexual although I can not say if it would be penetrable sexual activity.’

The judge said the length of time the case had been ‘sat on’ since 2017 was ‘unexplained and unacceptable.’

Judge Lawton said: ‘You are incredibly vulnerable to Covid and that draws me back from giving you a custodial sentence. If you further offend you will be going back to prison.’

Hardy, who appeared in court using two walking sticks, was sentenced to 18 months in prison, suspended for two years, along with 30 Rehabilitation Activity Requirement days.

He must sign the sex offender register for ten years and was given a ten-year Sexual Harm Prevention Order.