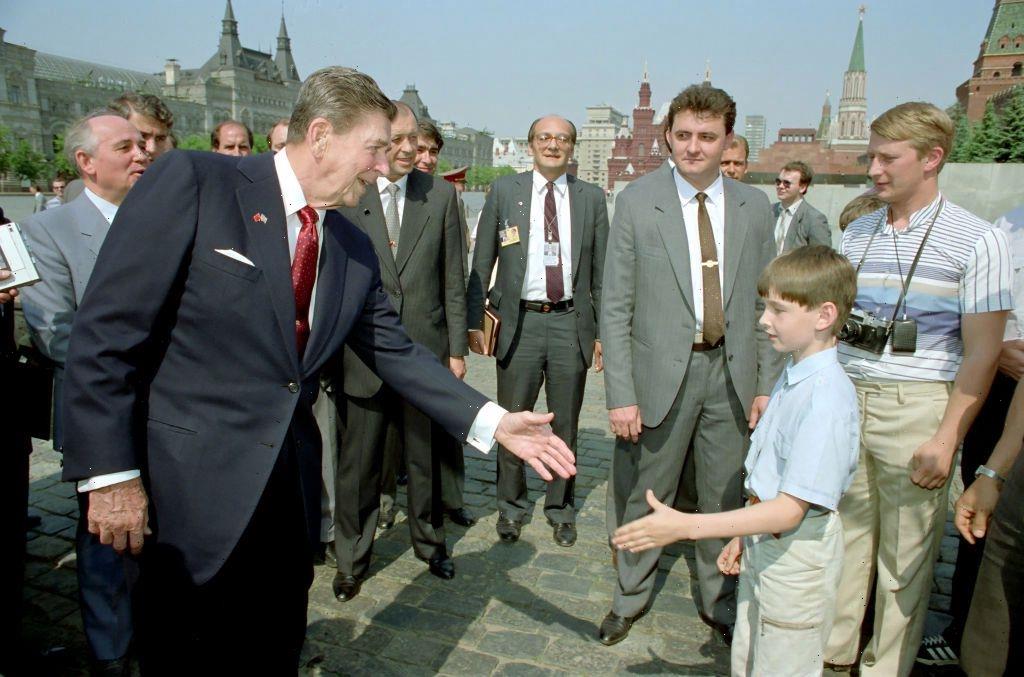 AN UNCANNY photograph of what is speculated to be a young Vladimir Putin "spying" on US president Ronald Reagan back in 1988 has resurfaced online.

But was that really Putin? White House photographer Pete Souza is letting Instagram users dispute it between themselves. 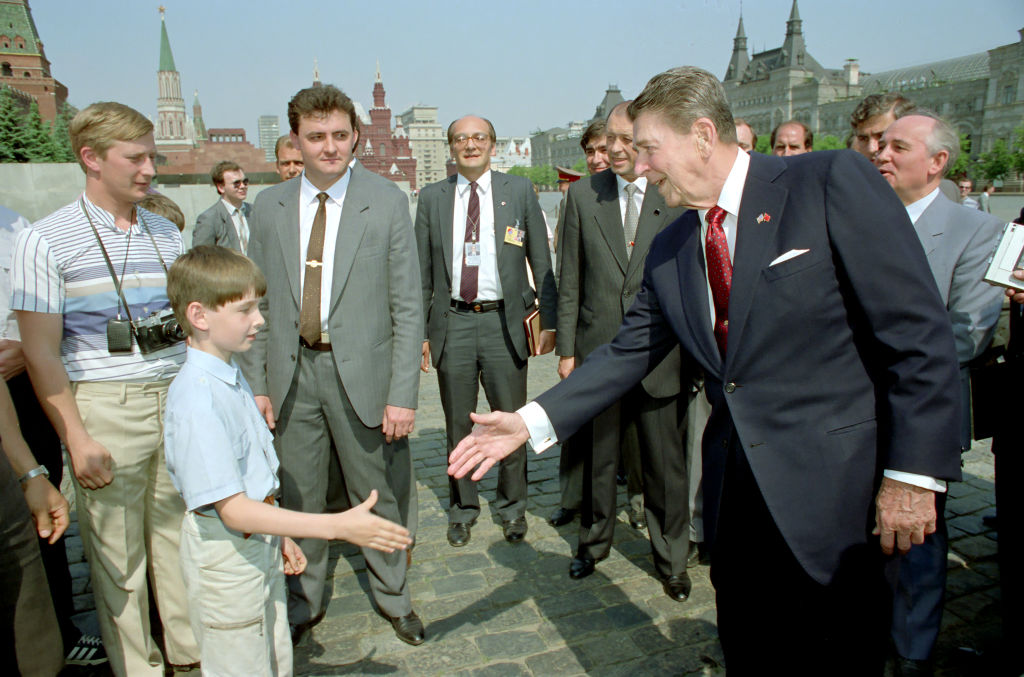 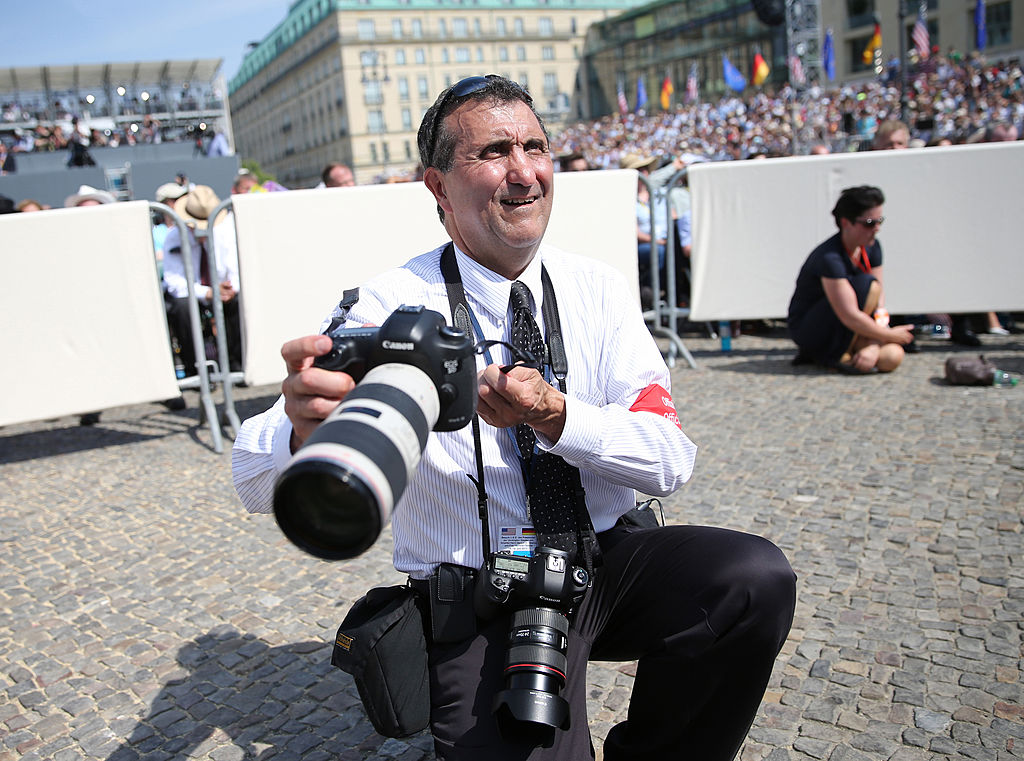 Souza, best known as the man behind the camera during Barack Obama’s two terms at 1600 Pennsylvania Ave., posted the snap earlier this week on Instagram.

The photo shows Reagan extending his hand to a young boy while accompanying Soviet leader Mikhail Gorbachev on a tour of Red Square in the spring of 1988.

Behind the boy stands a blond man dressed in tourist garb and with a camera around his neck and a striking resemblance to a young Putin.

Souza wrote on Instagram: "In 1988, I photographed President Reagan during his visit to Moscow. Mikhail Gorbachev, the leader of the then Soviet Union, gave Reagan a tour of Red Square where groups of 'tourists' (KGB agents?) were positioned around the square. Note the man on the left with the camera around his neck.⁣⁣

According to Souza, he contacted the Ronald Reagan Presidential Library in California as well as a National Security Council official in the George W. Bush administration in an attempt to confirm the blond tourist’s identity, but could not do so.

Reports indicate that Putin was a KGB agent based in Dresden, East Germany, during the late 1980s.

In 2009, shortly before Souza started in the role as chief White House photographer, he told National Public Radio: “As soon as you see the photo you go, ‘Oh my gosh, it really is him [Putin]’.” 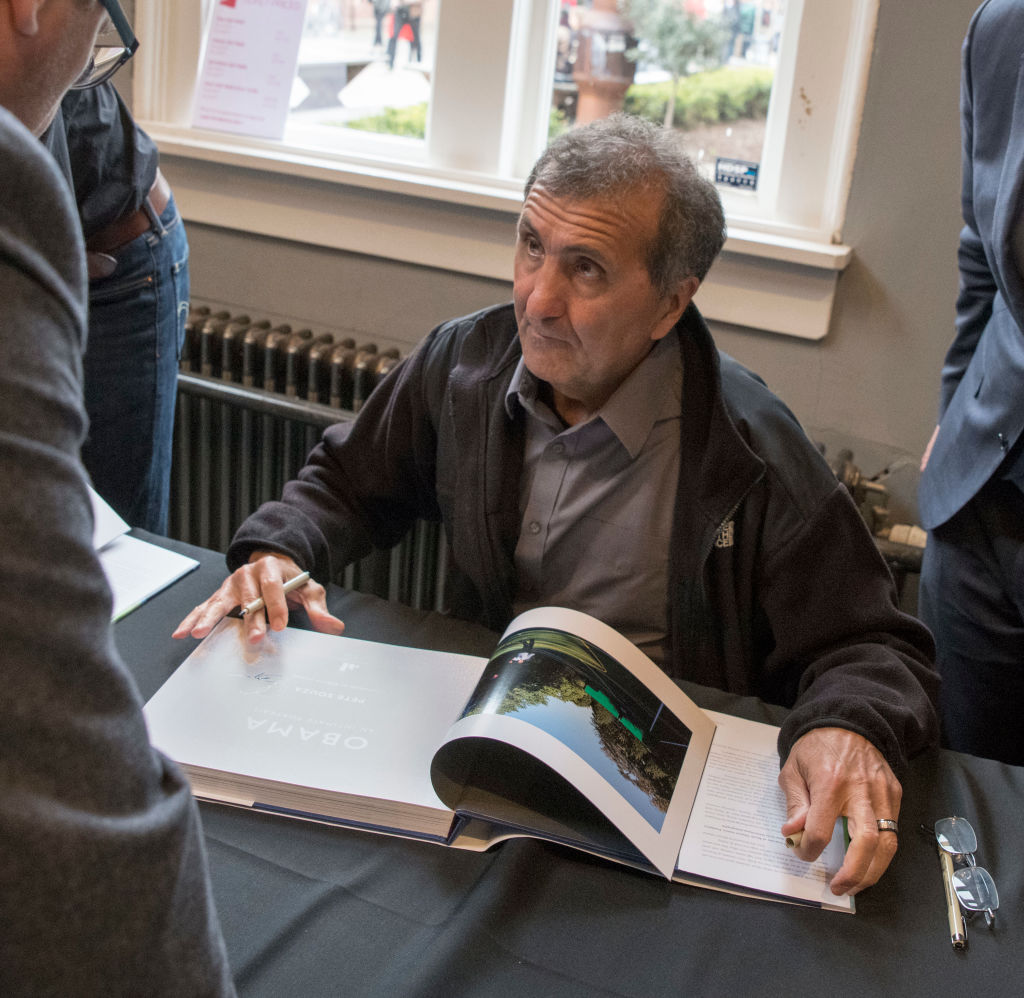 “A big mistake,” Souza said in hindsight. “I never should have said that, because in fact it had never been verified.”

The Guardian reported at the time that Putin spokesman Dmitry Peskov had bluntly denied the photo showed the future Russian leader, telling reporters: “It’s not him.”

The tale took another turn a month later, when Souza received a postcard of the Reagan photo at his home address.

“Some ten years later,” Souza recalled on Instagram. “I received a random letter in the mail from someone who asked if I knew I had captured a picture of Reagan and Vladimir Putin … I was astounded by this letter.”

He recalled on Instagram that the Putin doppelganger was circled in red marker and someone had written the word “spy” with an arrow pointing to him.

The photographer said he handed the postcard over to the Secret Service, but heard nothing more of it.

“Oh, these are all KGB families,” the agent responded.

The mystery is likely to remain unsolved absent a full and frank statement from Putin himself, which seems unlikely to happen.

However, the unmistakable resemblance of a chance encounter between the two leaders has ensured Souza’s photo is endlessly scrutinised with many voicing their take on the tourist's identity.

One Instagram believer said: "I mean he is definitely dressed like a person who wants to be perceived as a tourist. A tourist costume."

Another agreed: "What a great story. That’s definitely Putin. Creepy! I’m also amazed at the organization of your collection."

"Check his hand. He always tucks his thumb in like that. That’s him," another said. 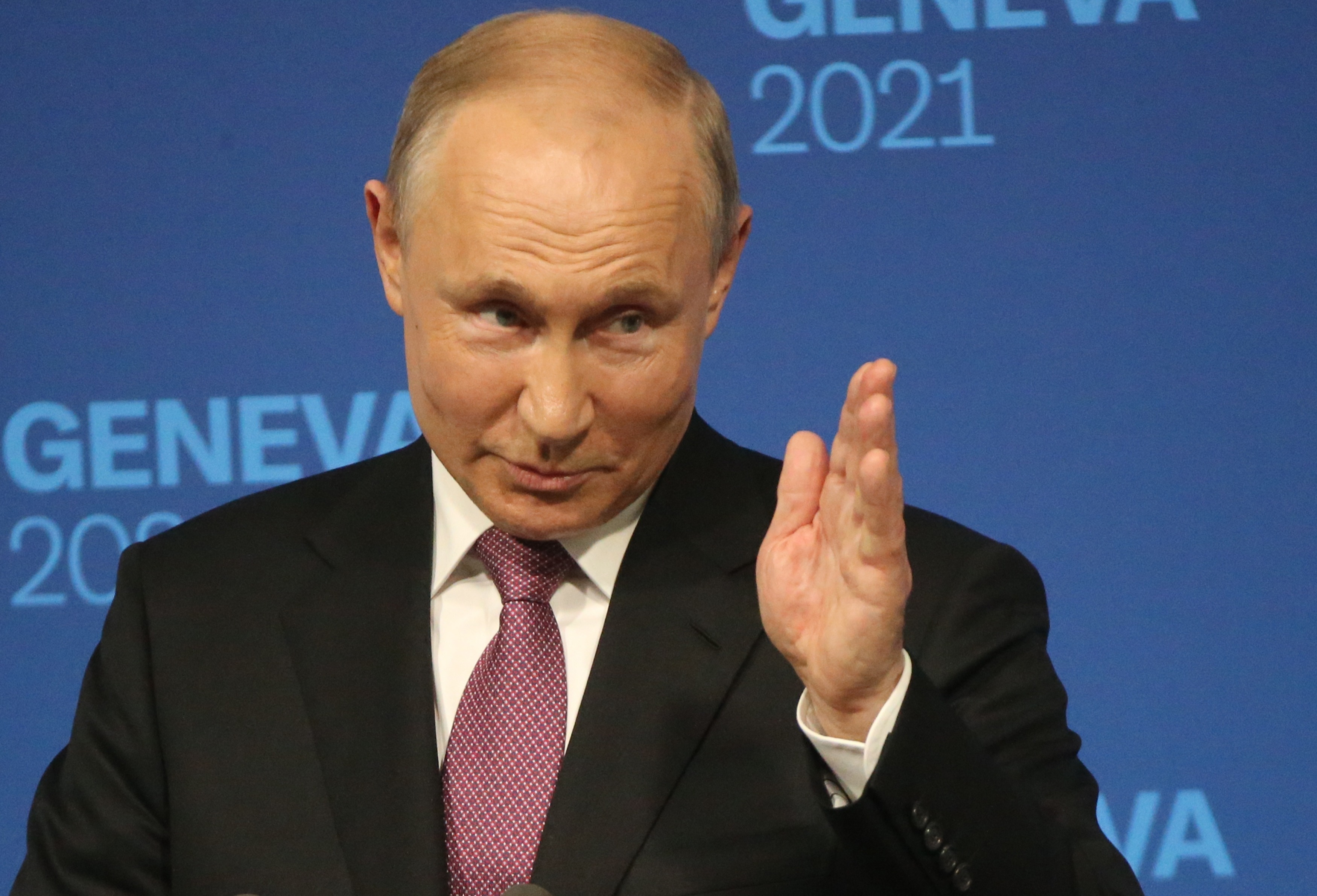 But sceptics were quick to rebut the claim: "Honestly, just eyeballing, doesn’t look like Putin from that time frame at all. Eyes aren’t sunken in, mouth is too high, nose is too pointy and too much hair."

A second person agreed: "I’m going to go out on a limb here and say that first photo definitely isn't of him because Putin was born in 1952.

"That means he would've been 36 in 1988. That definitely isn't the height of someone that age."