Sailors are shown hacking away at vast blocks of ice to stop their ships capsizing in a series of retouched photos that offer fresh insights into the horrifying hardship faced by those navigating the seas. 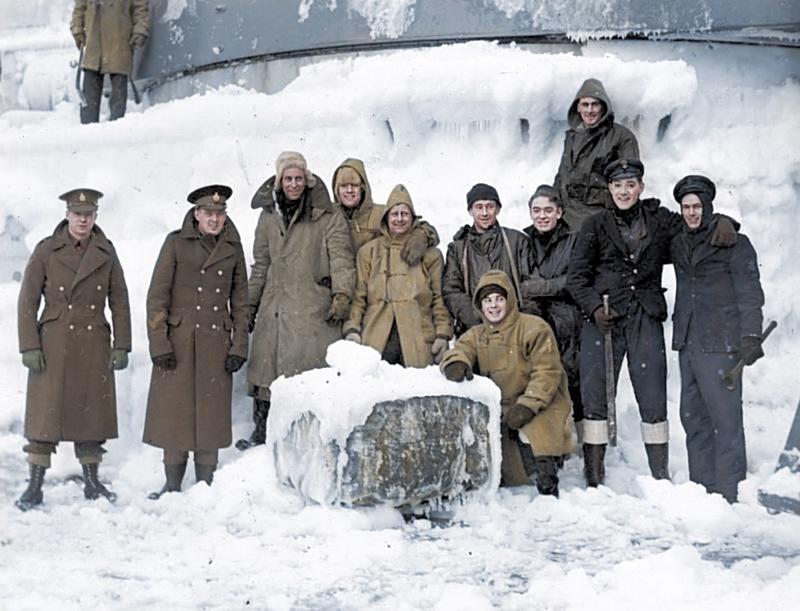 In one image, a crew in heavy coats are seen posing on the HMS Belfast, smiling in the cold as they huddle together for warmth.

While another astonishingly clear shot shows an Atlantic convoy from an RAF Short Sunderland flying boat in 1943.

The original black and white photographs were painstakingly colourised by Royston Leonard, 56, an electrician from Cardiff who wants to bring history to a new audience.

In one striking shot a sailor stands lookout on the deck in freezing conditions, surveying the bleak scene. 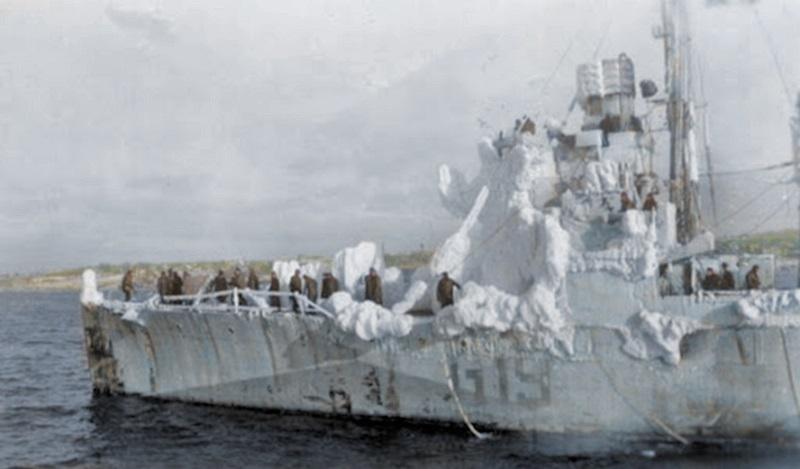 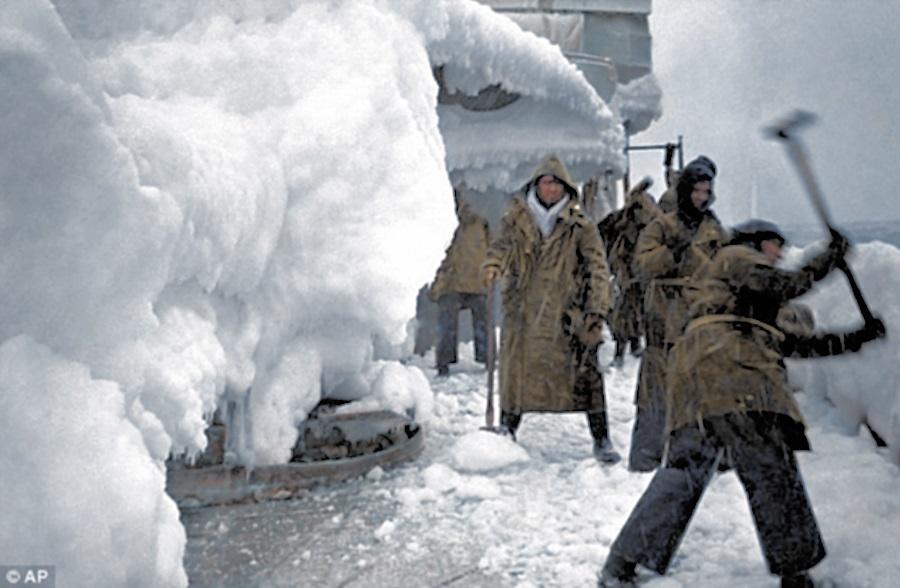 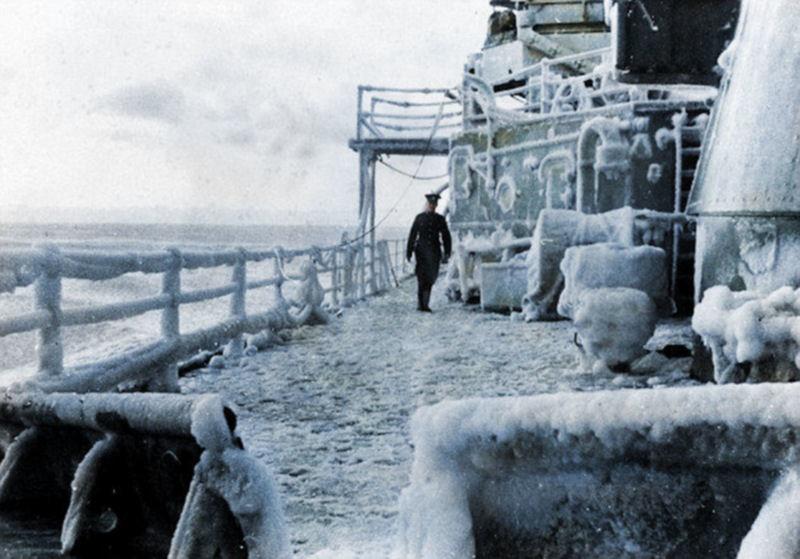 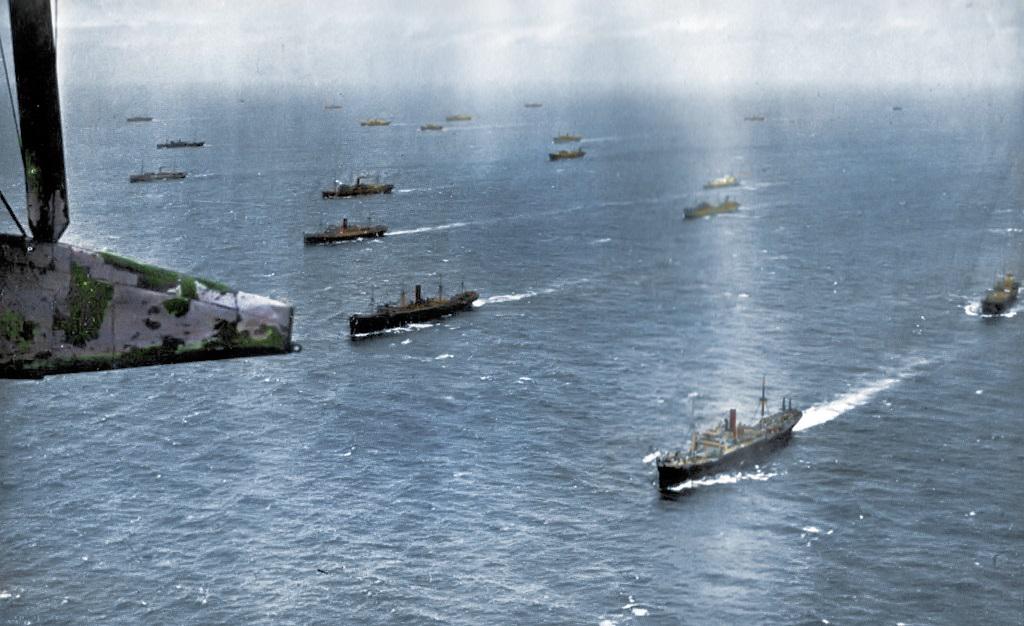 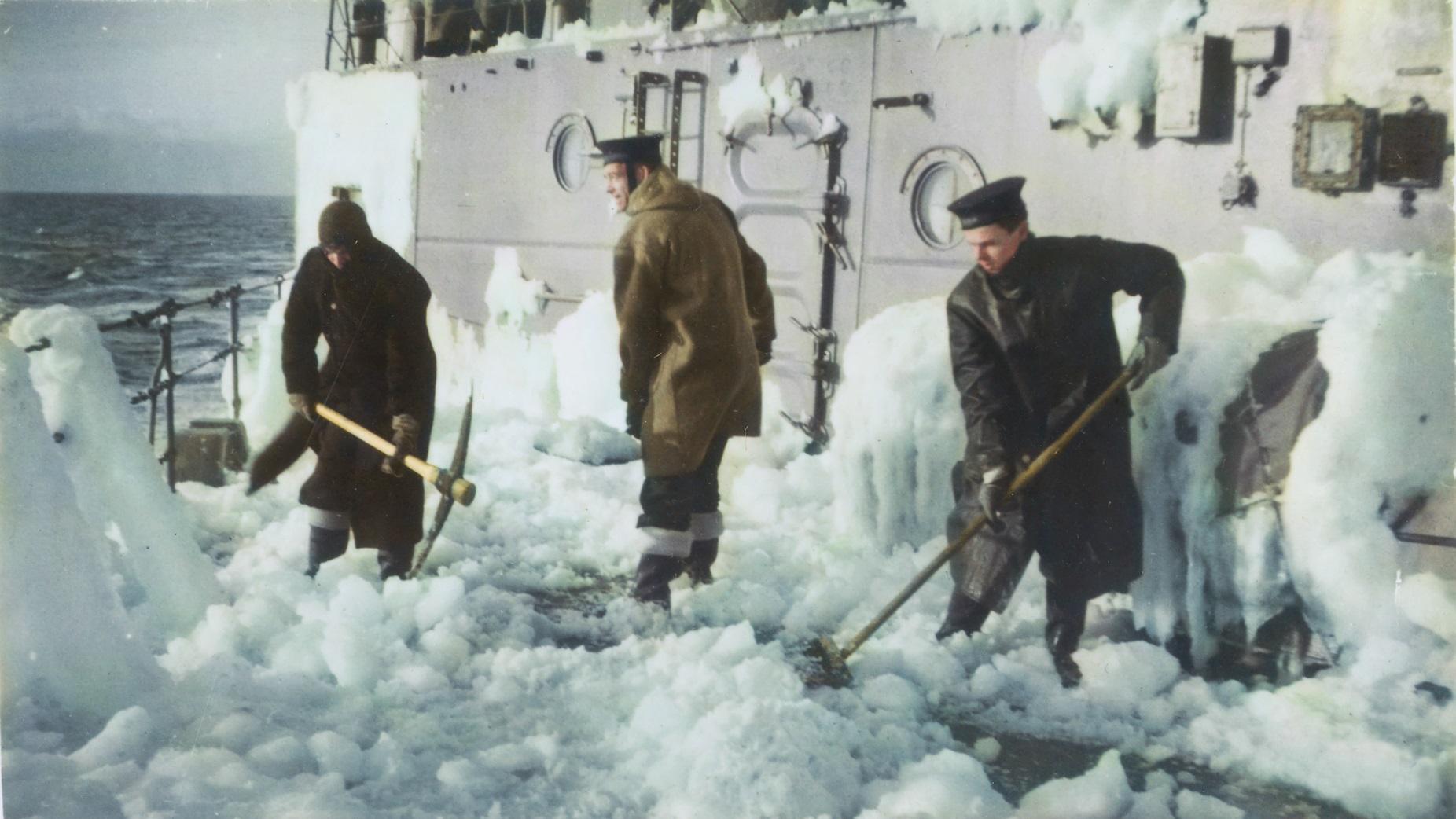 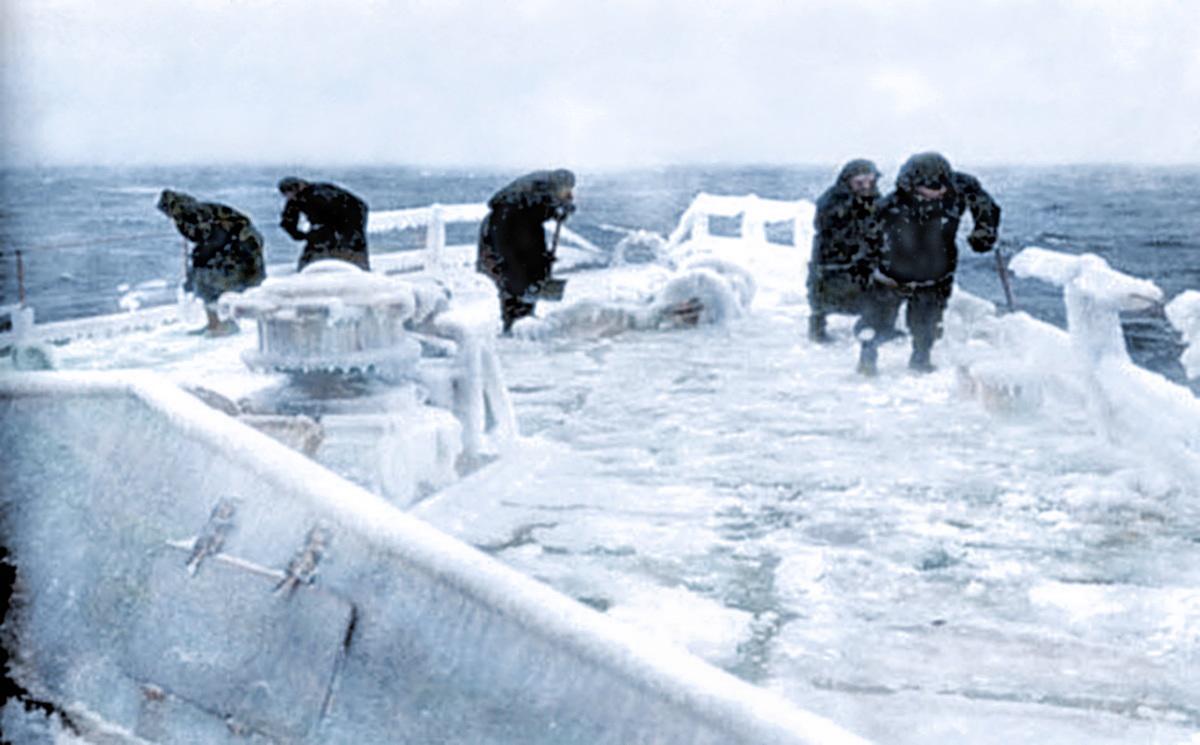 The masterfully retouched images also show the rough waters the ships faced as they navigated their way through the arctic and planes skilfully landing on icy runways.

“As time goes by I find I am doing more World War Two pictures and giving them a bit of colour helps the younger generation to connect and not just see them as something that happened long ago,” explained Mr Leonard.

“The pictures show that community is all that matters, not buildings or material things. Their message is that the more people try to destroy us, the more we will smile and carry on.”

The Arctic convoys of World War II were ocean-going convoys which sailed from the United Kingdom, Iceland, and North America to northern ports in the Soviet Union – primarily Arkhangelsk (Archangel) and Murmansk in Russia. 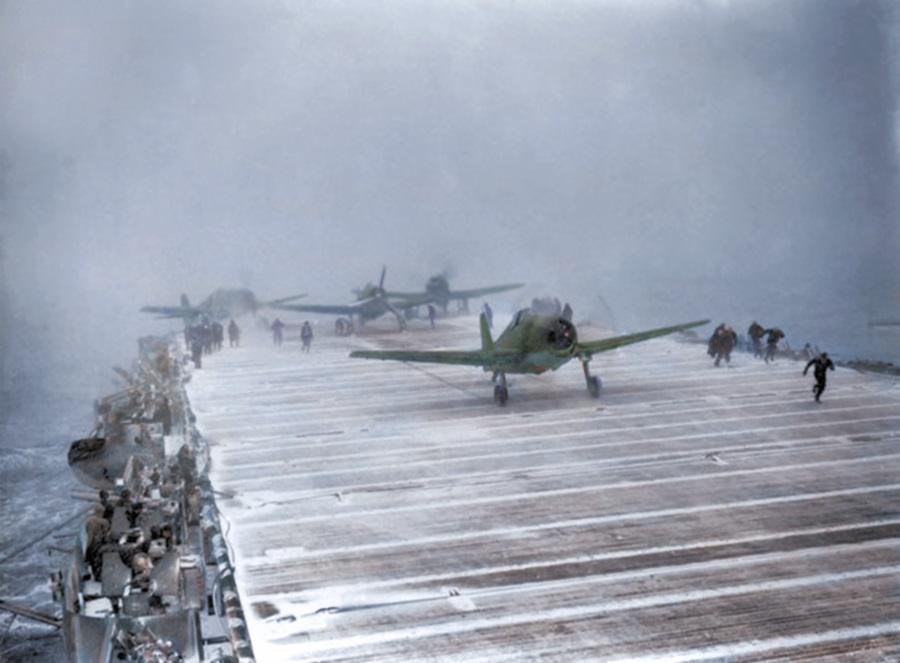 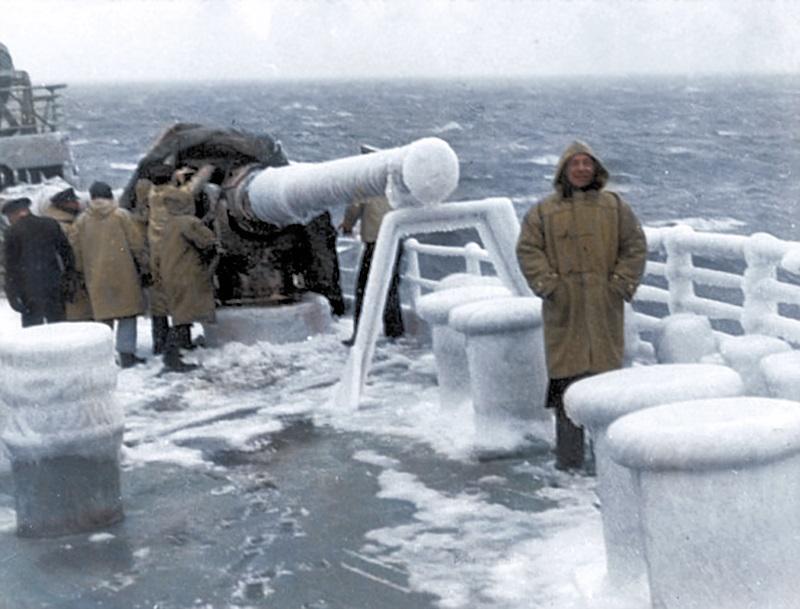 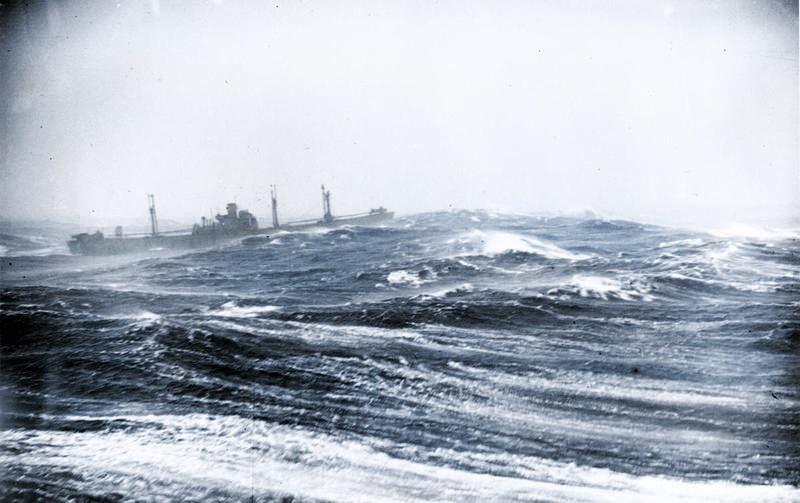 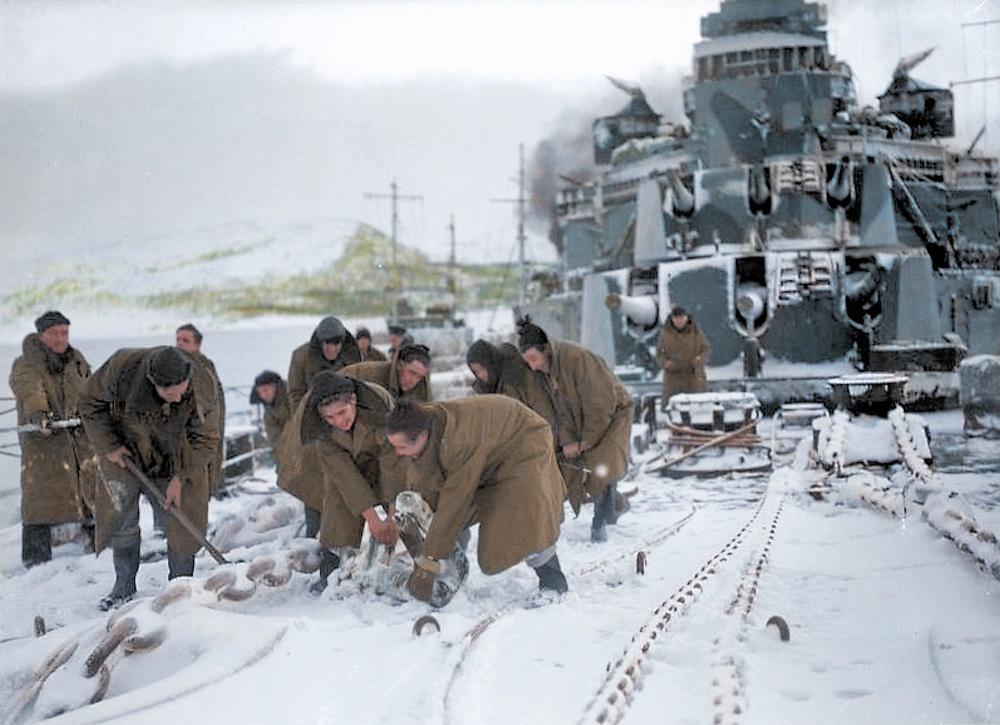 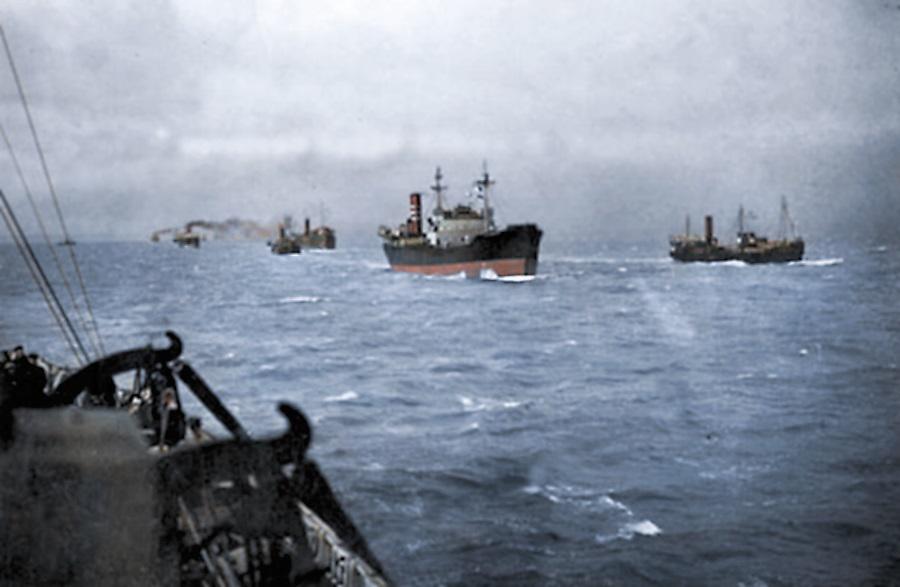 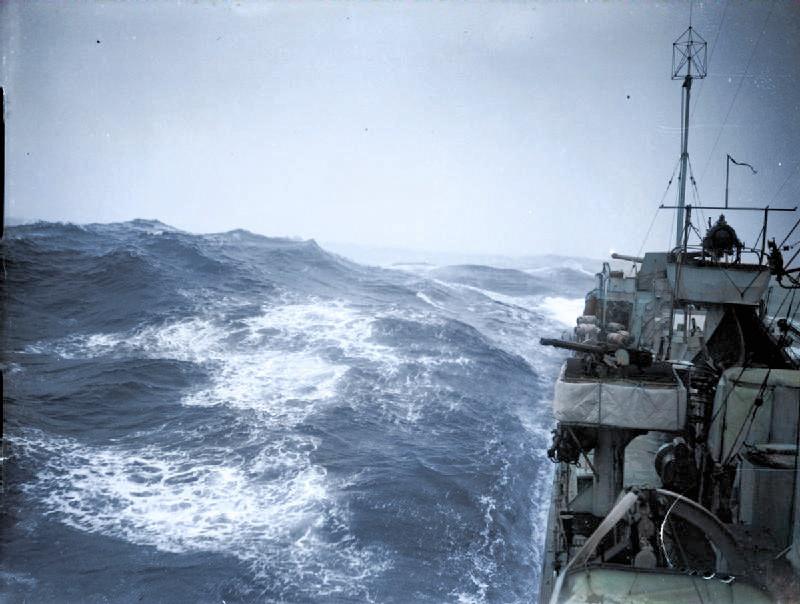 There were 78 convoys between August 1941 and May 1945, sailing via several seas of the Atlantic and Arctic oceans, with two gaps with no sailings between July and September 1942, and March and November 1943.

About 1,400 merchant ships delivered essential supplies to the Soviet Union under the Lend-Lease program, escorted by ships of the Royal Navy, Royal Canadian Navy, and the U.S. Navy.

Nazi Germany's Kriegsmarine lost a number of vessels including one battleship, three destroyers and at least 30 U-boats, and many aircraft. 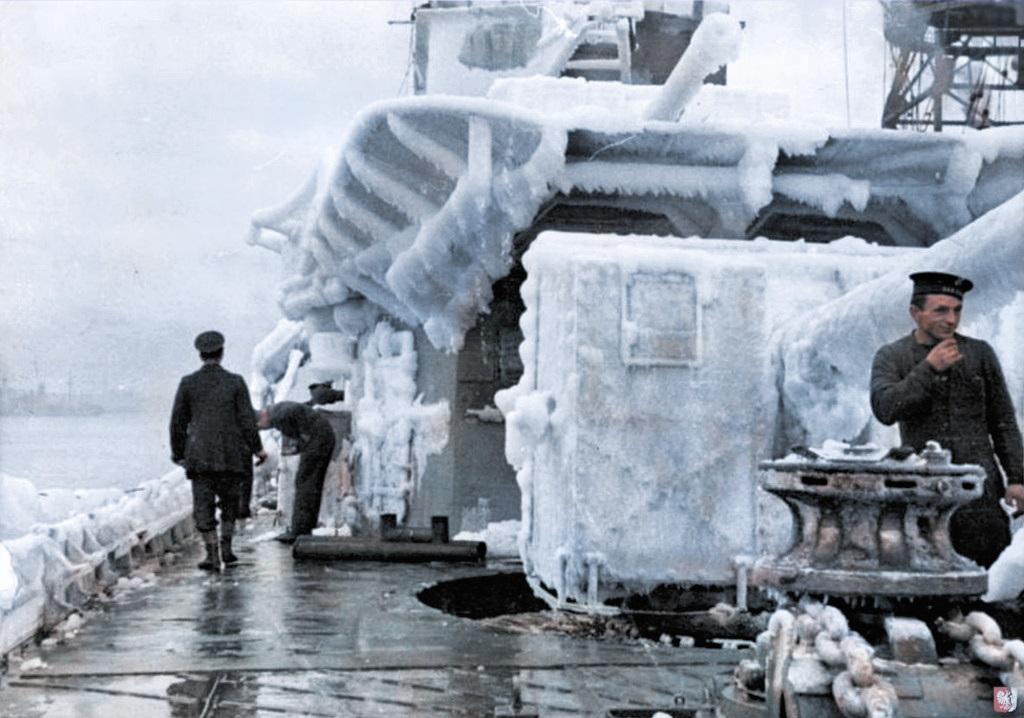 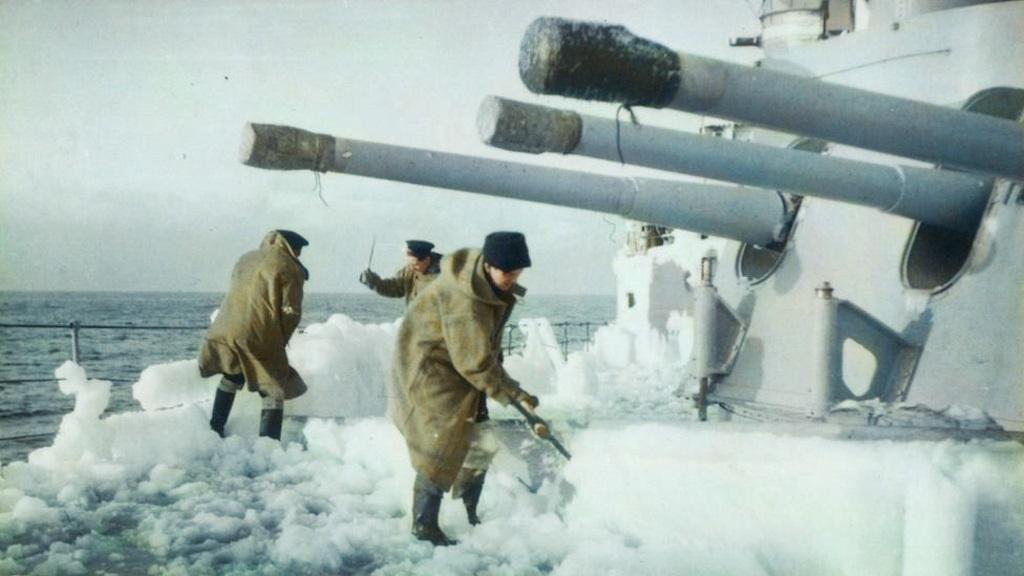 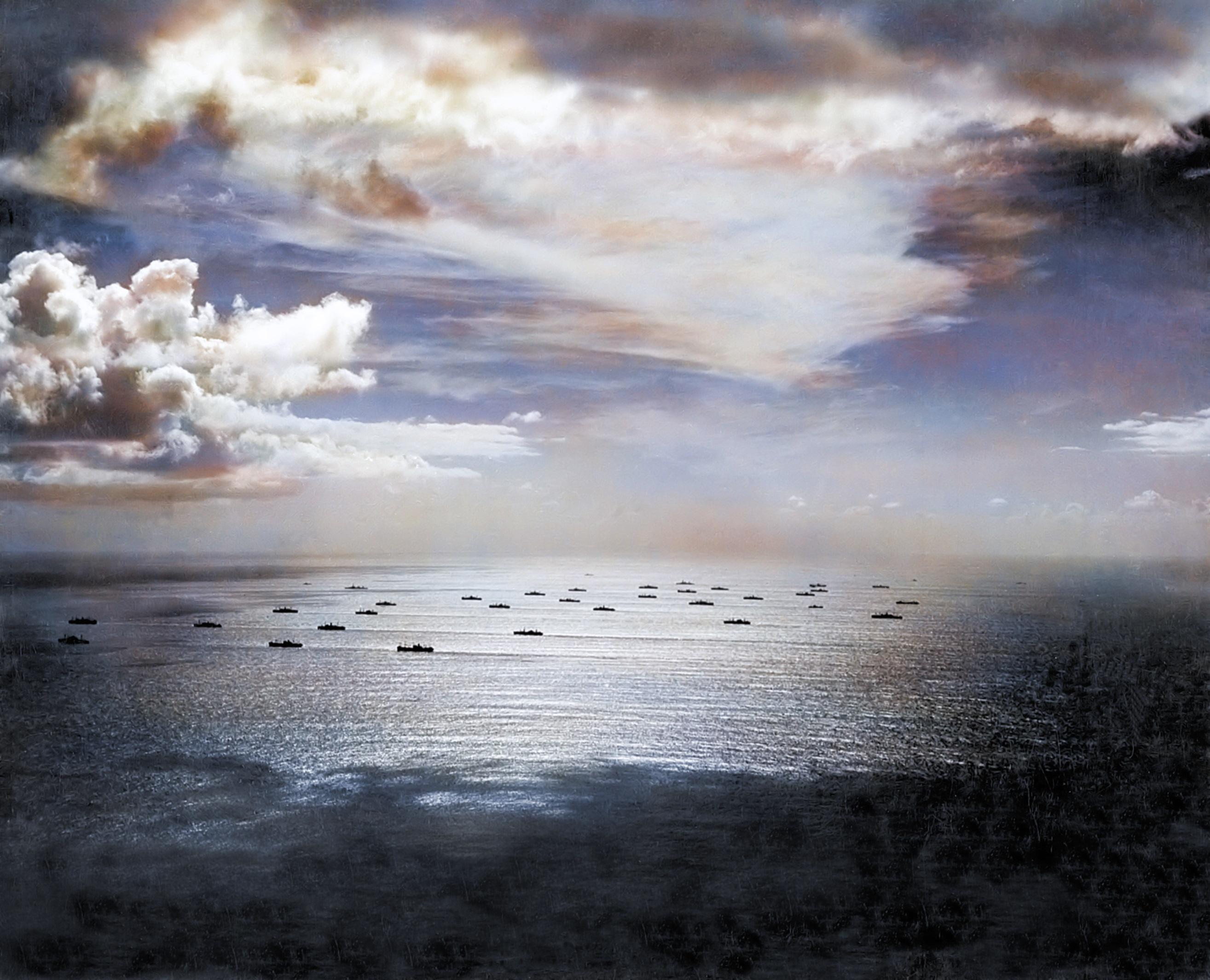 The convoys demonstrated the Allies' commitment to helping the Soviet Union, prior to the opening of a second front, and tied up a substantial part of Germany's naval and air forces.

Mr Leonard added: “The message is already there for all to see in the pictures themselves but I do feel that colourisation helps the younger generation to understand that what happened was real.

“I love giving more life to the pictures and I think that colour improves the story that the photographs tell.”