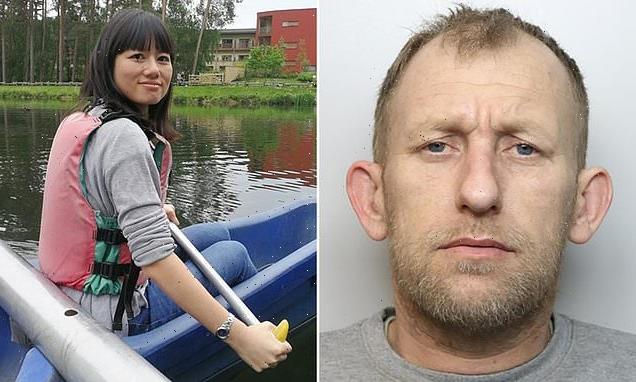 A cocaine-fuelled lorry driver who killed a ‘remarkable’ Oxford University scientist under the wheels of a vehicle he was not even licenced to drive was jailed for eight years yesterday.

Cyclist Dr Ling Felce, 35, was killed instantly when she was crushed by a 32-ton lorry driven by Robert Whiting, 40 at a roundabout in St Clements, Oxford on March 1.

Whiting appeared before a judge after he previously admitted causing the death of the mother of two when he ran her over on a roundabout in March.

He was charged with causing the death by dangerous driving of Ms Felce, who was also a successful woman rugby player, studied at Oxford University and had been researching the immune response to Covid-19 and cancer.

Prosecutors explained how the defendant had been tested for drugs in his system and proved to have eight times the legal limit of cocaine.

Police even recorded that, at the time of his arrest at the scene, he was seen to have fallen asleep or to have lost consciousness in the back of the police vehicle.

It was also discovered Whiting was not trained on how to use the HGV and had no HGV licence. 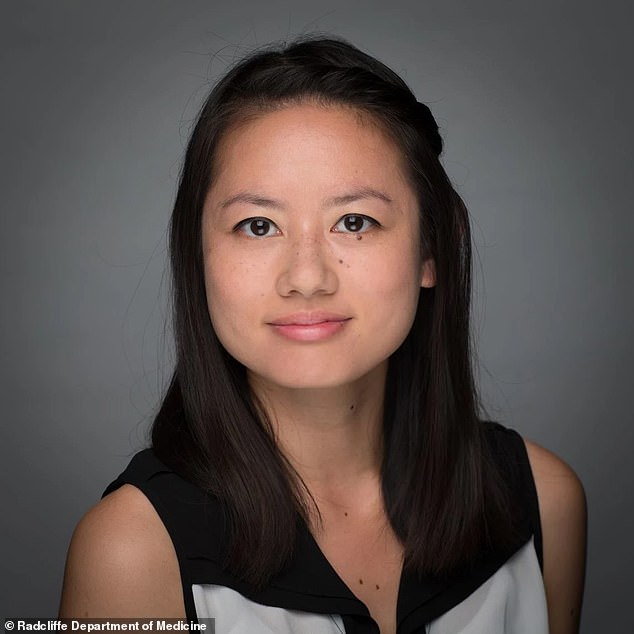 Dr Ling Felce, 35, (pictured) was killed instantly when she was crushed by a 32-ton lorry driven by Robert Whiting, 40 at a roundabout in St Clements, Oxford on March 1. 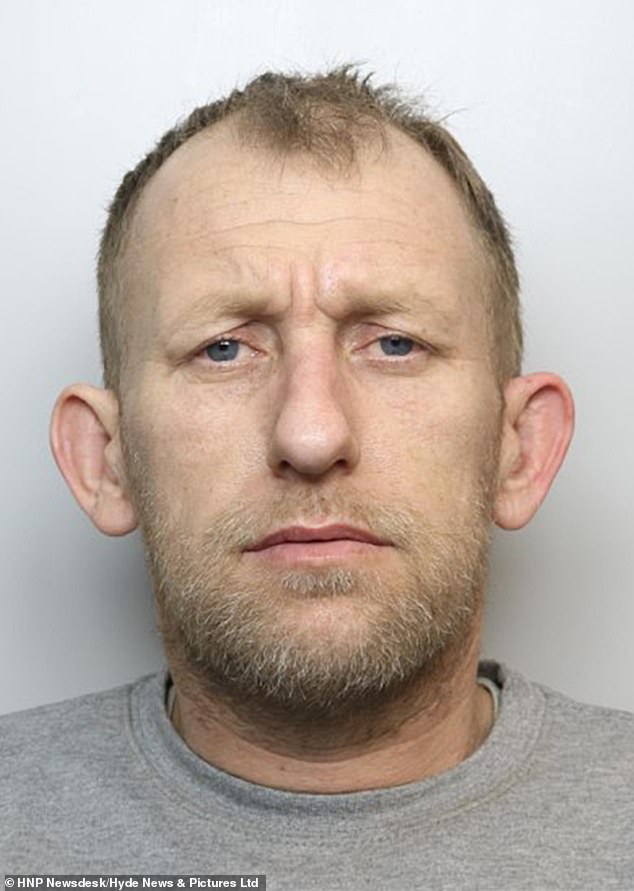 Whiting was charged with causing the death by dangerous driving of Ms Felce. He was found to be eight times over the legal limit for cocaine and had no HGV license and was not trained to drive a 32 ton lorry. He was sentenced to eight years

Prosecutor Chris Hewertson said: ‘This tragic offence took place at around 2.35pm on March 1, where unfortunately a collision between a 32-ton heavy goods vehicle, driven by the defendant, and a bicycle ridden by Dr Ling Felce. The collision resulted in the death of Dr Felce.’

The judge was shown CCTV footage of the crash, where Whiting drove directly over the cyclist at The Plains Roundabout in St Clements, Oxford, without stopping at the give way line.

‘She was run over, causing catastrophic injuries. Paramedics said the collision was fatal instantly. The defendant exited the lorry and after a short interlude he returned to the lorry and lowered the arm on the lorry to try to lift the lorry off the ground. The attempts, however, were futile.’

It was also revealed the only driving licence he owned was a provisional car driver’s licence – which had expired in 2002. In police interview he claimed he did not see the cyclist nor where she came from.

He also said the seat in the lorry was too low down for him to see properly.

The prosecutor explained that the defendant had a list of previous driving convictions, including driving without insurance and driving other than in accordance with a licence, spanning back to 2006.

In an emotional address to the court, James Felce, Ling’s husband, said: ‘I have spent more of my adult life as a widower than I have as a single man. I have been with Ling since we were 18 years old.

‘Our children, who were only three and five years of age at the time of her death have had to confront an incredibly adult concept at such a young age. 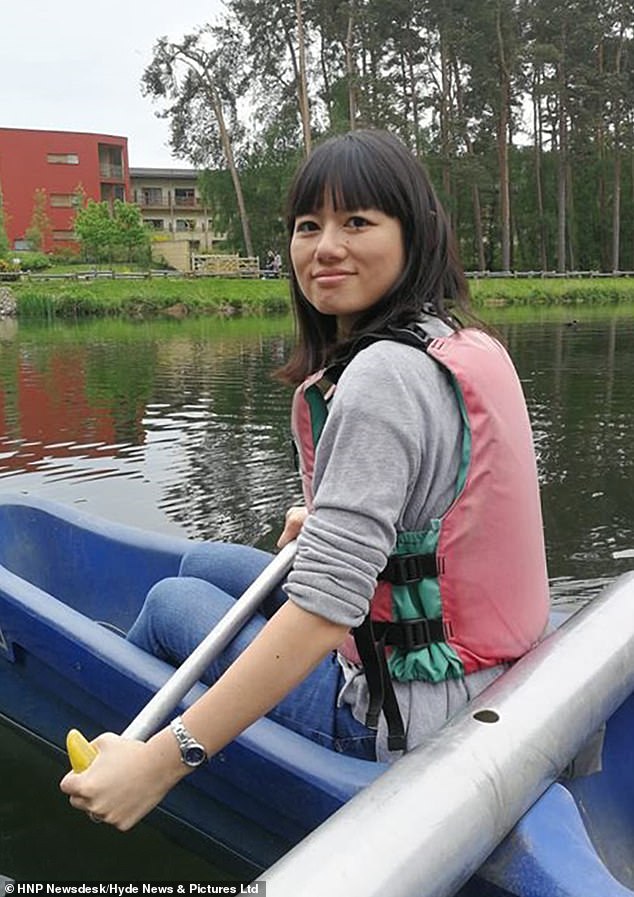 Ms Felce was a successful woman rugby player, studied at Oxford University and had been researching the immune response to Covid-19 and cancer

‘My son, our youngest, has proposed many ways he can ‘make mummy better again’, but even he is now starting to understand. The children’s lives will be harder and sadder than they should have been.

‘Her children will never truly know her. They will know her memory but that is not the same. Her death also has untold ramifications to the scientific community and the wider world. Her scientific career was growing increasingly consequential.’

The widower explained to the judge how she had been studying diseases, working on designing Covid-19 vaccines, and was working on improving cancer therapies, with the CAMS-Oxford institute of medical research naming an award after her.

Whiting previously admitted causing death by dangerous driving in July this year, one week before he was due to be on trial, after previously denying the offence.

‘The defendant does not come from a highly intelligent, educated background. He has been a struggling drug addict. His world could not have been any more different to that of the victim’s family. 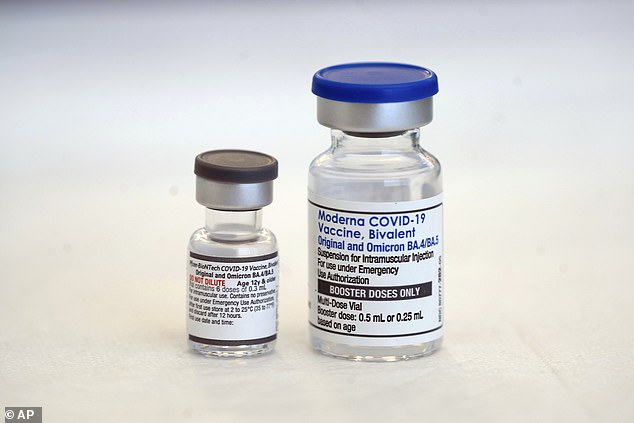 Dr Ling Felce had been studying diseases, working on designing Covid-19 vaccines, and was working on improving cancer therapies, with the CAMS-Oxford institute of medical research naming an award after her, her widow said

‘Mr Robert Whiting is a human being also. At the time he was trying to do what he thought was best, he was trying to look for work. He was trying to get his life back on track. He drove that day for a matter of a few miles. There was nothing erratic about his driving at all.’

Sentencing, Judge Michael Gledhill QC said: ‘Dr Ling Felce was a young wife, mother of two children, beloved daughter of her parents, and a sister profoundly affected by her death, as were many of her friends.

‘She was a remarkable scientist, working in medicine, vaccinology, and working with Covid vaccines. So impressed were her colleagues at Oxford University and countless others that they are setting up an award in her name to promote what she was and what she remains.

‘This is a case when you were driving a 32-ton lorry. You drove over the poor woman, killing her instantly. You will have to live with that for the rest of your life.’

Whiting, of Brome Place, Barton, Oxford, was sentenced to eight years imprisonment, where he will serve half of his sentence in custody. He was also disqualified from driving for nine years in total.