Claudia Schiffer’s dog reportedly killed a pregnant sheep and mauled two others in the fourth incident of her animals being ‘out of control’.

Police were called to the supermodel’s Northamptonshire farm where a dog believed to be her beloved Oscar had bitten a sheep’s neck.

The canine was covered in blood and the sheep had to be put down and officers told the Culworth farmer it would be illegal to shoot the dog after he got it under control. 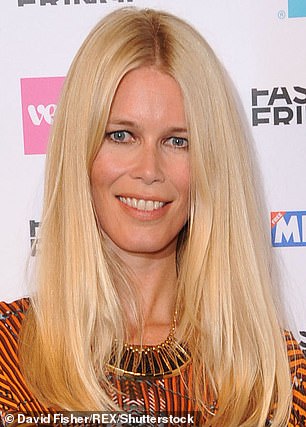 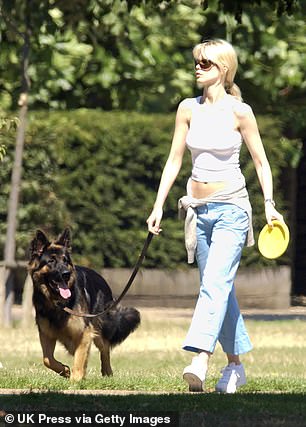 Claudia Schiffer (pictured, left, and, right, with one of her dogs) has been warned about her dog after he reportedly killed a sheep

If the German Shepherd had still been running amok then he would have been entitled to kill it, The Sun reports. 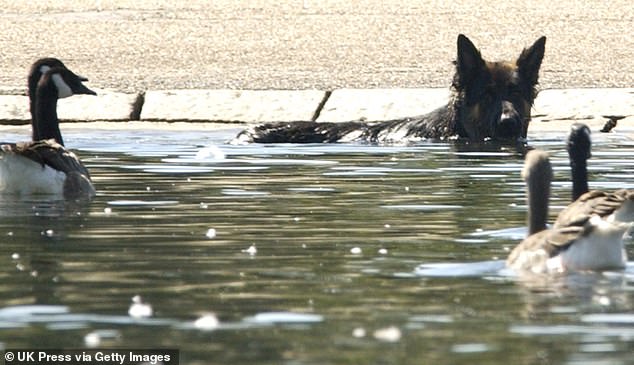 The dog (pictured, one of the model’s dogs enjoying an afternoon in Kensington Gardens, west London) reportedly bit the sheep’s neck and it had to be put down

It requires the couple to secure their home in a manner that stops their animals escaping.

Villagers have revealed that the farmer faces £3,000 in vet fees as traumatised ewes are treated over the November 14 attack. 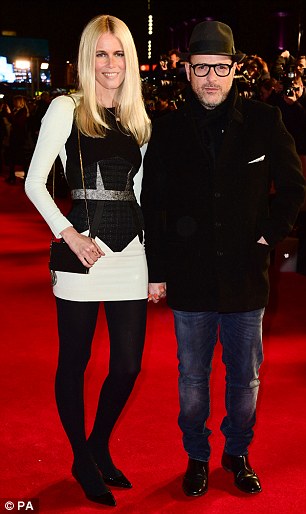 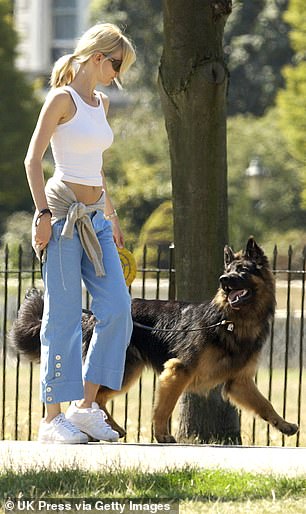 The supermodel (pictured, left, with her film director husband and, right, with a dog) has been warned before about her animals

One local said the farmer is concerned that some of the £250 animals have lost babies, which are each worth £80.

A resident said that a member of Claudia’s staff retrieved the dog, which the supermodel was worried would have to be put down.

She has previously spoken about how she loves her German Shepherd and her Irish Wolfhound, Roxy.

In 2010 police quizzed the model when one of her canines allegedly bit another dog near the 14-bed mansion.

And officers warned her twice in 2006 to keep her dogs under control. MailOnline contacted Claudia and Matthew for comment.