KINSHASA (Reuters) – Police fired tear gas to disperse rock-throwing opposition supporters in Democratic Republic of Congo’s capital on Wednesday after the governor ordered a halt to campaigning ahead of Sunday’s presidential vote for security fears. 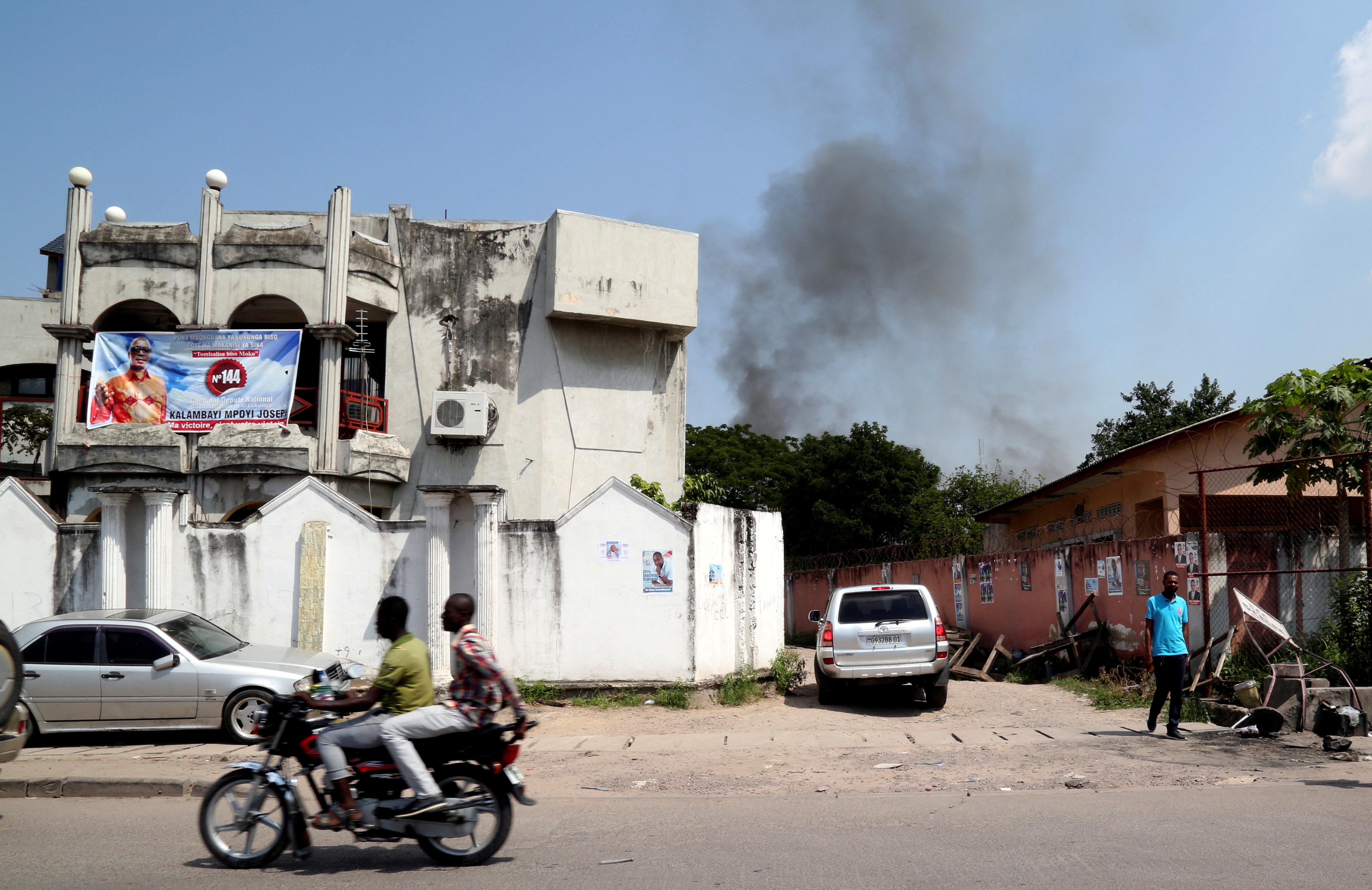 The decision by Governor Andre Kimbuta, of the ruling coalition, follows crackdowns by security forces last week that killed at least seven people and a fire that destroyed thousands of voting machines.

Some media reported the election might be delayed for a few days due to problems moving vote materials round the country, but electoral commission spokeswoman Marie-France Idikayi denied that.

On the outskirts of Kinshasa, carloads of police using pink tear gas blocked supporters of opposition candidate Martin Fayulu, who was trying to enter the city on his way to a rally, a witness said.

“What are they scared of? I only have God and my people,” Fayulu said in a tweet. Campaign workers later told supporters, who had turned up for the rally in Kinshasa’s N’Djili neighborhood, that it was canceled.

Police did not respond to a request for comment.

The election, originally scheduled for 2016, is meant to choose a successor for President Joseph Kabila, due to step down after 18 years in power. If successful, it would be Congo’s first democratic transfer of power, but Kinshasa authorities said they feared violence.

“The information in our possession attests that in all the political camps of the main presidential candidates, extremists have prepared and are preparing for a street confrontation in the city of Kinshasa during election campaign activities,” Kimbuta said in a statement, without giving further details.

Kinshasa is an opposition stronghold, where security forces killed dozens during protests against Kabila’s refusal to step down when his mandate officially expired two years ago.

Campaigning was due to end at midnight on Friday in the race between Kabila’s preferred successor, Emmanuel Ramazani Shadary, and two main challengers, Fayulu and Felix Tshisekedi.

Their camps rejected the ban.

“We cannot submit to a law that violates not only well established principles but that also violates the rights and freedoms of the candidates,” said Jean-Marc Kabund, secretary-general of Tshisekedi’s party.

Opposition leaders say the government is trying to rig the results with new electronic voting machines and falsified voter registrations. The government denies that.

Governor Kimbuta said the only way candidates could campaign in Kinshasa would be via media, where Shadary has a big advantage due to sizeable campaign funds and state or ruling party control of many media outlets.

However, a rare national opinion poll in October showed Tshisekedi leading the race with 36 percent, well ahead of Shadary’s 16 percent. Fayulu had 8 percent.

Congolese hope the election draws a line under decades of conflict and authoritarian rule. Millions died in two wars around the turn of the century and dozens of militia remain active near the eastern borders.

More than 100 people have died in clashes this week between rival ethnic groups in the normally peaceful northwest, local activists told Reuters.