City worker tells how his stalker ex, 26, left him ‘constantly scared’ after buying pretend pregnancy bump from Amazon, faking her own kidnap and falsely accusing him of RAPE as she is jailed for four years

A jilted lover who ordered a fake pregnancy bump on Amazon to dupe her ex into thinking she was expecting has today been jailed for four and a half years for stalking.

Jessica Nordquist, 26, claimed she had been raped by Mark Weeks and faked her own kidnapping during an extreme hate campaign she waged after they split.

The pair began a relationship after Nordquist moved from New York and worked alongside Mr Weeks at a video advertising company, called Unruly, in Whitechapel, east London. 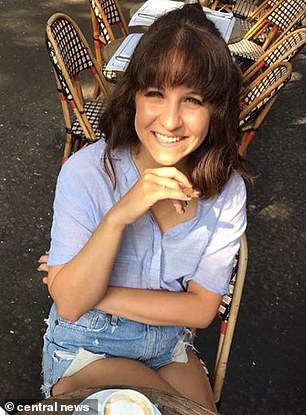 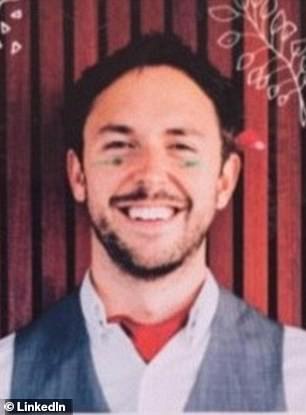 Jessica Nordquist has been jailed for a stalking campaign against her ex, Mark Weeks

In a victim impact statement, read by the prosecutor, victim Mr Weeks said he felt unsafe in his own home.

The prosecutor said: ‘He was constantly scared and on the edge about what might happened next to him.

‘He says: “I was absolutely terrified”. When he arrived somewhere it always spoiled his enjoyment. He was always looking around to see if he recognised anyone and if anyone looked suspicious.’ 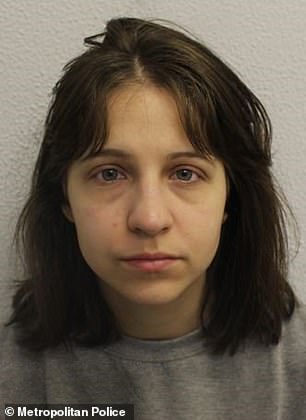 Mr Weeks said he received emails from fake email accounts – including one in the name of a friend – saying Nordquist had been kidnapped and raped.

He also received photos of Nordquist tied up in her underwear attached to an email that read: ‘Jessica Nordquist is the one who has been protecting your children from us. We raped and stole her tonight.’

Nordquist claimed she realised she was pregnant after she broke up with Mr Weeks and went with him to a clinic for an abortion. But she lied about having a termination and then claimed she miscarried.

Mr Weeks said his boss urged him to take two weeks off work on compassionate leave during the alleged stalking campaign.

His brother was sent a message saying he was in trouble and found handwritten notes on his bike and desk.

Nordquist posted a message, purporting to be from her friend, claiming she had taken an overdose on 5 January, the court heard.

Mr Weeks became ‘upset and concerned’ and rang the police. 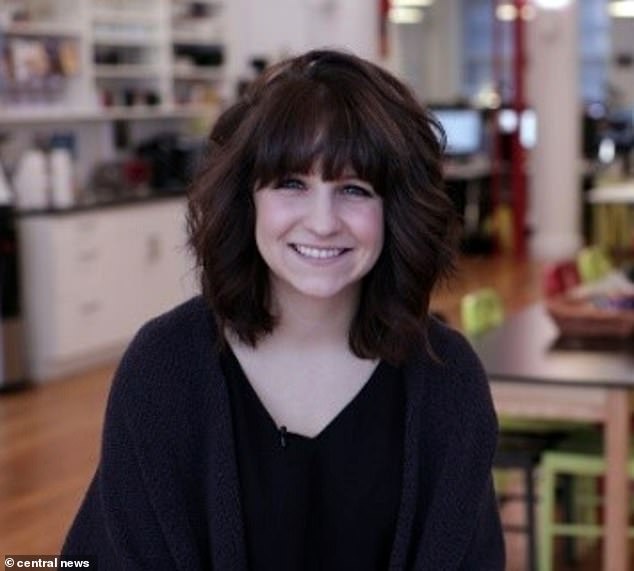 Her defence was that she kidnapped by an MI5 agent who had photos of her having sex with Mr Weeks. It was rejected by the jury and she was convicted of multiple charges

Six says later Nordquist began sending messages to herself and Mr Weekes made to look as though they were from a third party.

Nordquist repeatedly told Mr Weeks they were ‘being watched,’ the court heard.

Nordquist, who is originally from Eagle River in Alaska and went to Northern State University in South Dakota, said she only ordered a fake baby bump for a pregnancy party.

Jailing her, Judge Paul Southern told Nordquist: ‘This bizarre series of behaviour involved you breaking into your own apartment, taking a photo of yourself bound and undressed and travelling to Scotland.

‘Mark Weeks spoke of having felt unsafe in his own home. He said he had been constantly scared and on edge.

‘He described feeling devastated when stalking messages were sent to members of his own family.

‘Your conduct has to be seen as an attack against the criminal justice system by diverting scarce police resources.’

Nordquist ran a strange defence case in which she said she was genuinely kidnapped by a real-life ‘James Bond’ who she met at a Soho bar.

She claimed the MI5 agent, Max Brown, later handed her a manila envelope containing photos of her having sex with Mr Weeks.

She told the court that the photos were taken via a secret camera installed in her lightbulb. She said she was raped on April 19 after three men, including Brown came to her apartment.

Aisling Byrnes, defending, blamed the offences on Nordquist’s traumatic early childhood, prior to her being adopted by her Alaskan parents, and her ‘appalling start to life’.

Nordquist was also made subject to a restraining order banning her from contacting Mr Weeks until further notice.