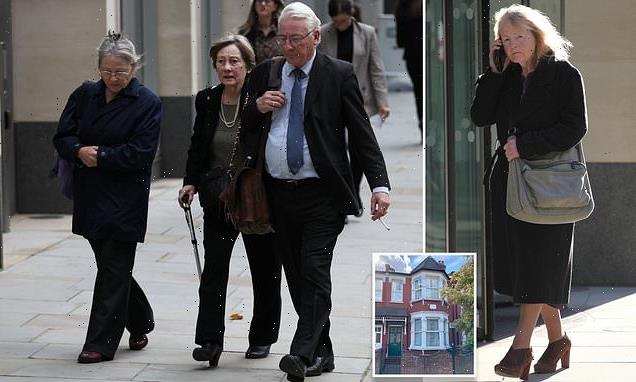 Church minister is locked in High Court fight with her five siblings over late mother’s £900k fortune: Reverend, 70, who was left £105k in will claims she is entitled to larger share because she provided ’round the clock care’ to her mum before she died

A church minister is locked in a bitter £900,00 High Court fight with her siblings, claiming they ganged up to cheat her of her rightful inheritance from their mother.

Reverend Anne Lettice, 70, took her five brothers and sisters to court after their mother Margaret Lettice died aged 99 in 2019, splitting her fortune between all her children and grandchildren.

But the inheritance split has ignited a vitriolic family feud between siblings, who are now squabbling over how much of their late mother’s cash they will get a slice of.

Rev Lettice, who had lived with her mother at her £875,000 north London home, was left with a legacy of about £105,000, but insists that has left her unable to house herself or pay for her everyday needs.

Taking her family to court, she says the will did not make ‘reasonable provision’ for her and she should get more, having devoted almost two decades to caring for her elderly mother after her father, Frederick, died in 2001.

And she claims that her five brothers and sisters have ganged up against her to try to beat her claim to more cash from the estate.

But her brothers and sisters deny she was their mum’s main caregiver and say she is not due any more than them of the inheritance cash. 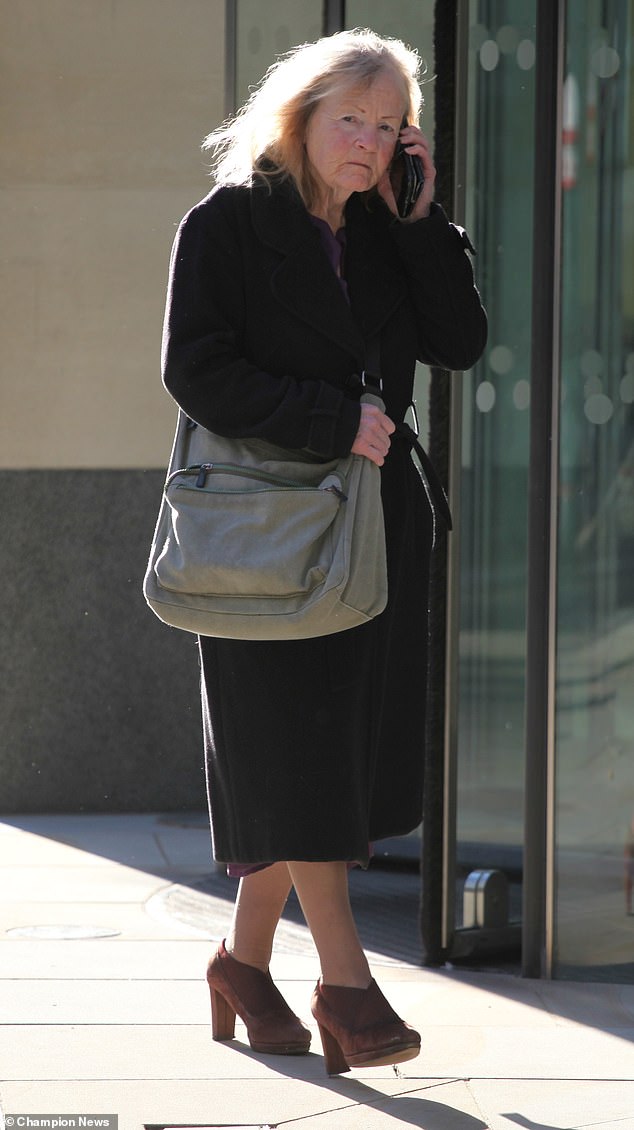 Reverend Anne Lettice, 70, has taken her five siblings to court in a bitter £900k inheritance row. Anne, pictured, claims she was the main carer of her late mother, Margaret, and says her £105k inheritance did not make ‘reasonable provision’ for her to buy a new place to live 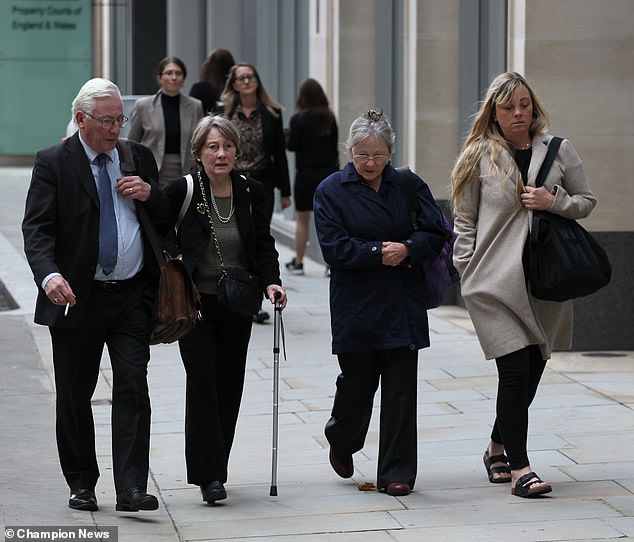 But Rev Lettice’s family accused her of being ‘mostly absent’ from Margaret’s home and claim she did not provide the 99-year-old with ’round-the-clock care’. Pictured: Brian Lettice, Sylvia Ricks, Linda Lettice and Nina Ricks (Sylvia’s daughter) outside the High Court in London

London’s High Court heard mother-of-one Rev Lettice is a former mental health nurse, who was ordained as a reverend in the United States and for more than two decades has dedicated her life to God.

She had been living in the US when her father Frederick fell ill in 2001 and moved back to London, staying behind with her mother in her home in Haringey, north London, after her father died.

Rev Lettice told the court she had provided ’round-the-clock care’ for her mother, helping her with her meals, dressing and medication, and being there for whatever she needed.

However, when Margaret died after a battle with bowel cancer in 2019, Rev Lettice was left facing being thrown out of the house she had called home for 17 years, she said.

Her mother’s will, signed in 2014, ordered the sale of the four-bedroom house, with the proceeds split between all the families of her six children.

Margaret’s grandchildren would also benefit by getting shares, so that the will effectively split the proceeds of the house and a small cash sum equally six ways between her children’s families.

But the will sparked a bitter fight, with Rev Lettice launching a claim to a bigger payment from the estate than her siblings.

She claims she needs more cash than the others in order to buy herself a new home and cover her outgoings.

Giving evidence however, her Tottenham-based piano tuner brother, Brian, cast doubt on Rev Lettice’s claim to have been her mum’s 24-hour carer, telling the court that she was frequently away from his mother’s home.

‘She was mostly absent from the house, usually from 7am until 10pm each day,’ he said in his evidence.

‘My mother would often express concern that no one knew where she was going and what she was doing.

‘We still don’t know what she was doing, but certainly she wasn’t providing care for my mum.’

Margaret’s grandson Samuel Lettice – who stands to inherit about £43,750 – told the judge in his evidence that he had visited his grandmother and stayed with her when he came to the UK for his honeymoon from Australia in 2010.

He described her as ‘funny, sociable and quick-witted’. She was always up early and ready for a chat, he told the court, while insisting he rarely saw his aunt Anne, who was ‘definitely not caring for’ Margaret when he visited.

And Margaret’s son, Frederick Lettice, giving evidence via a video link from Australia, claimed it had been Linda – who also lived for years with her mother – who was the ‘predominant carer’.

Barrister Anna Metcalfe, representing Rev Lettice’s siblings, nieces and nephews, claimed Rev Lettice had not proved that she needed any more than the £105,000 she was left in her mum’s will, and that Margaret had no greater obligation to her above the other children. 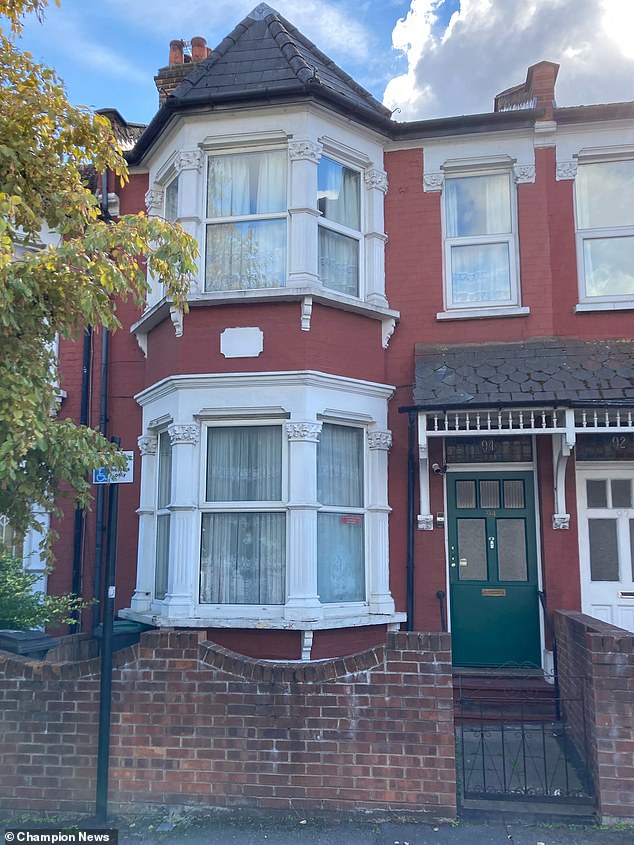 At the centre of the bitter inheritance row is this £875,000 home in Haringey, north London. The property was the home of Margaret and was sold after her death, with the cash being split between Margaret’s six children and her grandchildren 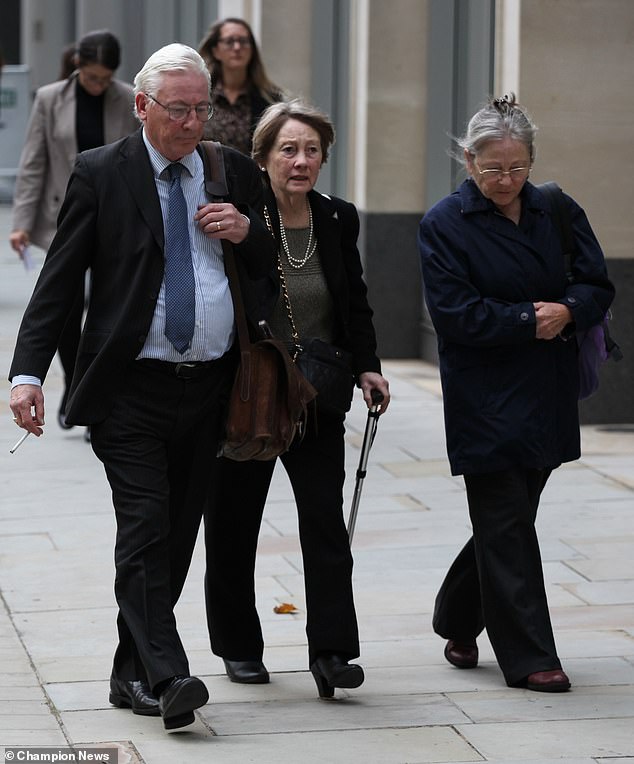 Rev Lettice has accused her siblings of ‘ganging up’ on her and say their claim she didn’t care for her late mother was a ‘total lie’. Pictured are Brian Lettice, Sylvia Ricks and Linda Lettice

Margaret had not considered herself under an obligation to Rev Lettice, having made it clear in her will that she wanted her out of the house so it could be sold when she died, she said.

‘Her testamentary intentions are important,’ she continued. ‘They were considered and clear, and she wanted to benefit all her children equally.’

And she said nine members of Margaret’s close family had confirmed that she was not cared for ’round-the-clock’ by her daughter.

‘According to their statements, not only did you not provide round-the-clock care for 17 years, you didn’t really provide any care at all,’ she put to the reverend in the witness box.

Responding, Rev Lettice said her family’s claim that she didn’t provide care for her mother was a ‘total lie’ and that they had ganged up against her to defeat her claim to a payment.

‘It is obvious they have taken counsel against me,’ she told the judge.

‘If you look at their statements, they’re virtually all saying the same thing.

‘My siblings and their children have taken counsel together and come up with basically the same statement.’

She said her mother had wanted all her kids to have their own homes, but that she had chosen not to buy and instead stayed with her mother to ‘honour’ and care for her after her dad died.

‘I decided to stay on and care for my mother,’ she said.

‘My siblings had other commitments which were of priority to them, but I was in a position where I could care for my mother. She could depend on me 100 per cent.’

She said she had helped her mother with food, washing, sorting clothes, cleaning and shopping. If she was absent from the house at times, it was because she made herself scarce when people visited Margaret, she said.

The reverend accepted that the house would have to be sold, but said she had made a claim for ‘reasonable provision’ from the estate in order to be able to buy a ‘reasonable abode’ for herself and to cover living costs.

Rev Lettice did not reveal exactly how much she wants, but said she could probably find a new home with about £160,000, although she would need more than that to cover other living expenses.

She said she had currently had nothing to live on beyond a small state pension, but her siblings’ barrister pointed out that she had not run up any debt in the three years since her mum died.

Rev Lettice’s claim was heard in London’s High Court last week by a judge, Deputy Master Katherine McQuail, but the family have been left facing an anxious wait after she delayed giving her decision until a later date.