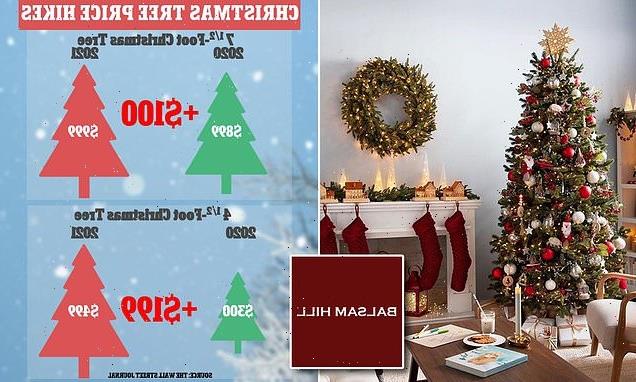 It’s beginning to look a lot like an EXPENSIVE Christmas! Tree sellers are raising prices by up to 66% due to high shipping costs tied to global supply chain chaos

Artificial Christmas trees are set to rocket in price by up to 66 per cent this year thanks to ongoing global supply issued and a shipping container shortage.

Balsam Hill, an artificial tree company based in California, is selling its four-and-a-half-foot tall Grand Canyon Cedar Tree for $499 this year.

That is $199 more than the same tree cost in 2020 – a two thirds increase in price in just twelve months.

The company, which sells through catalogs and via its website, makes annual sales of more than $200 million in holiday decorations over the course of the year.

But it is the latest to feel the pinch as the cost of filling a shipping container has rocketed, with the firm’s trees manufactured in China.

Another firm, Treetime in Illinois, says the cost of shipping has jumped by 500 per cent. It aims to raise the prices of its trees – also made in China – by no more than 20 per cent – with Treetime’s artificial foliage ranging in price from $100 to $1,000. 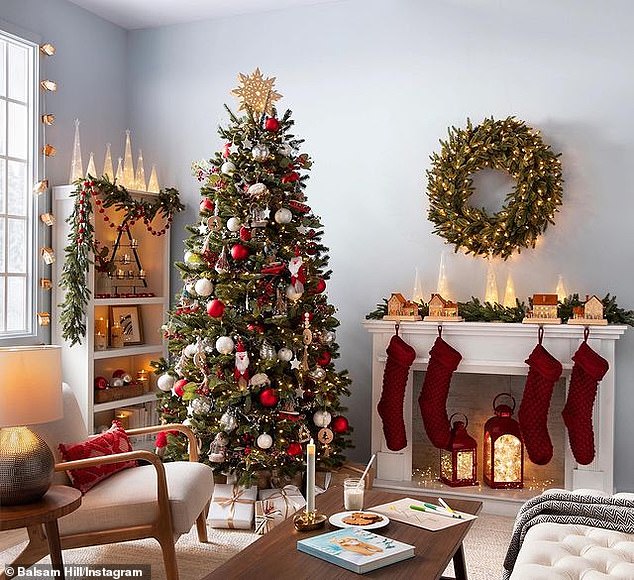 Tree companies, such as Balsam Hill, are increasing Christmas tree prices for the upcoming holiday season as a result of the price increases from the global supply chain crisis

Balsam Hill has also been hit by shortages as a result of the ongoing global supply chain shortage, and says just 12 of 50 products listed in its catalog are currently in stock.

Tree inventory is down by 22 per cent, with stocks of decors down by more than two fifths – 42 per cent – in a year.

‘For the first time ever for us, the catalog was out, and we didn’t have any products to sell,’ Harman added.

‘Our shipments didn’t arrive on time. We’re still trying to figure out exactly where the products are. Are they still on the water or stuck in ports? If this keeps happening, we could go out of business.’

The US market for artificial Christmas trees is said to be a $1 billion to $2 billion industry, according to the American Christmas Tree Association.

Shortages have been caused by ongoing supply chain issues that have caused severe shortages in levels of raw materials.

Inflation is also rising, with an increase in the money supply caused by COVID stimulus checks and increased demand for products blamed for pushing prices up, thus limiting the purchasing power of many Americans. 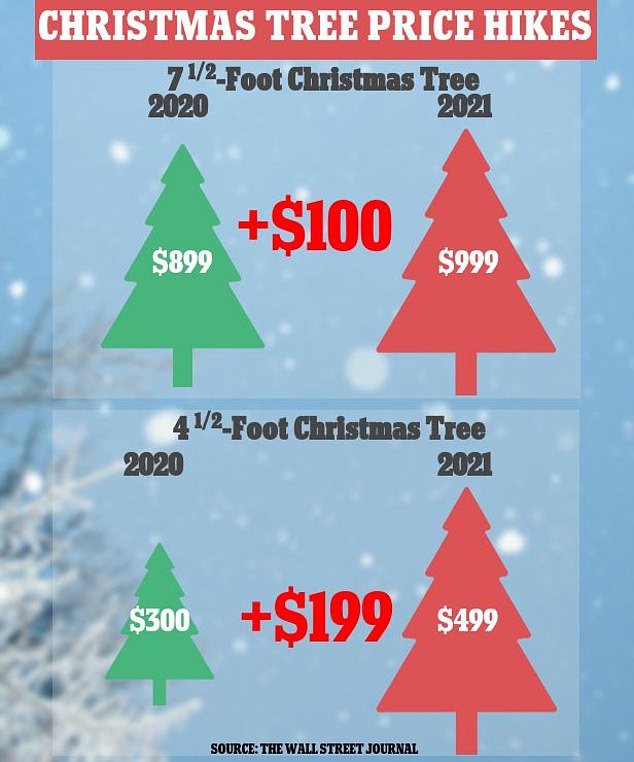 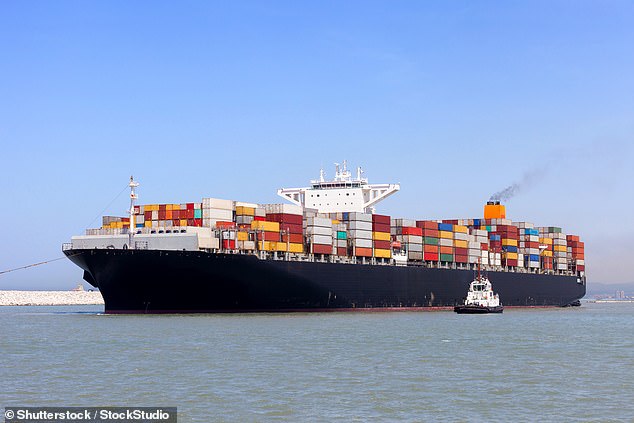 Microchips: Automotive industries such as General Motors have experienced a shortage of this product used electronic materials including cars, phones and computers

Food: Prices have rocketed, with Rouse’s Markets supermarket chain reporting in Louisiana revealing that it is receiving just 40% of the food it has ordered from suppliers

Resin: This type of plastic is used in a wide variety of manufacturing, with heavy equipment maker Caterpillar and tent manufacturers among those reporting snags in their production lines as a result of shortages

Glass: Shortages of this material have sparked problems for food and drink manufacturers who use it as a container for their products. Jack Daniels and Woodford Reserve are among drinks manufacturers reporting shortage issues

Other tree companies such as The National Tree Company in Cranford, New Jersey, have also experienced issues in sales with a projected 25 percent increase in their sales.

‘We think we are 10% below where we typically are every year with our inventory of trees, wreaths and garlands,’ company CEO Chris Butler told CNN.

Increases in other markets have also been significant as a result of the supply crisis.

For instance, food prices have risen thirty percent due to the shortage in grocery market products.

‘We’re going to continue to see price increases, probably for the next two years or so,’ analyst and food trends expert Phil Lempert said in a statement.

Rouse’s Markets, a grocery store chain in Louisiana, says it has been receiving just 40 per cent of the goods it has ordered from its supplier.

The Department of Agriculture counteracted these statements saying: ‘There are currently no nationwide shortages of food, although in some cases the inventory of certain foods at your grocery store might be temporarily low before stores can restock.’

But Lempert and others have warned Americans to stock up on basics, amid fears of a potential supply chain crunch which could see mass shortages of popular foodstuffs.

Other food service industries and markets such as Costco and Sysco have also experienced delays in receiving products. 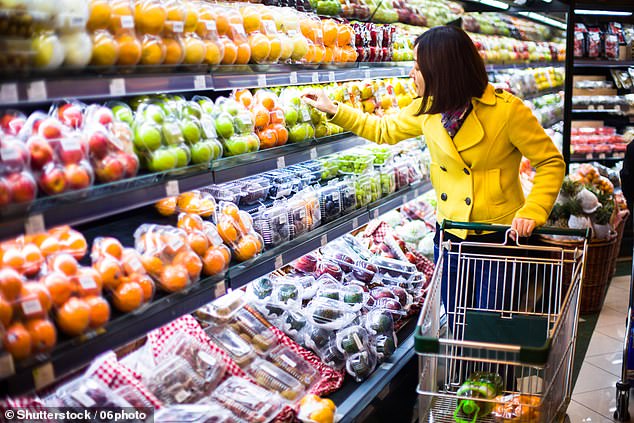 According to Reuters, there have also been shortages in metals, plastics, wood and glass.

United Solutions president David Reilly told Reuters that there has been a 100% increase in resin prices and a lack of aid from cheaper resin markets in Asian countries such as China.

‘Right now, producers in North America don’t have the stiff competition that they would if container prices came back down,’ Reilly said.

Glass products, such as liquor bottles, have been in short supply with companies such as Jack Daniel’s and Woodford Reserve being in jeopardy as a result, according to Lawson Whiting of Brown-Forman Corp.

The increase in product shipping rates is set to last into the new year with delivery companies such as FedEx and the United States Postal Service increasing prices before the holiday season.

‘These changes reflect incremental costs associated with the challenging operating environment,’ FedEx said, who will increase delivery prices by 5.9% starting on January 3.