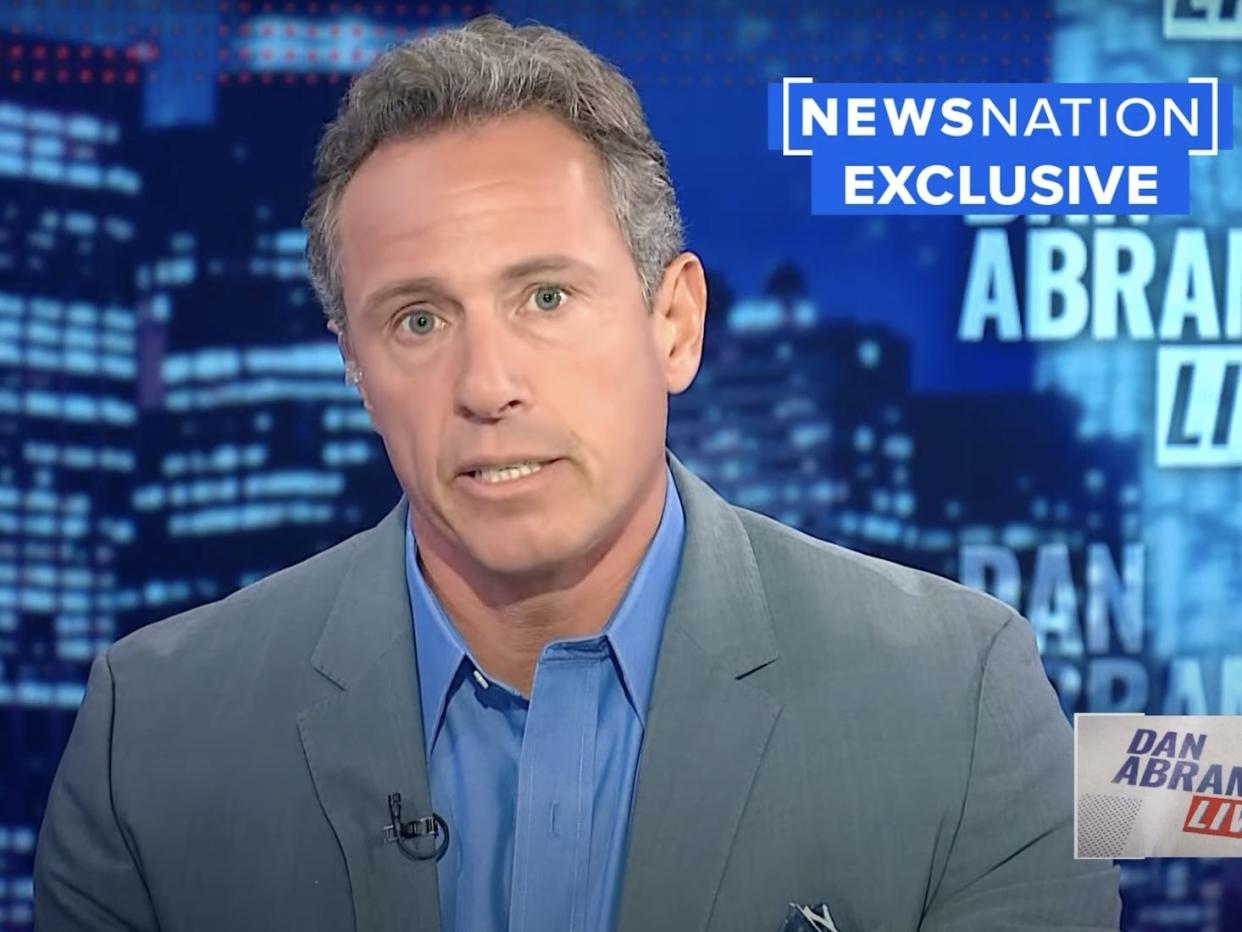 Chris Cuomo is speaking out after his ousting from CNN more than a year ago, claiming "I'll never be what I was" in an interview with the "No BS News Hour" podcast last week.

"I am emotionally and psychologically beat up and changed by what I went through," Cuomo told podcast hosts Charlie LeDuff and Karen Dumas, as reported by the New York Post on Saturday. "My show is different because I am different, not that I was in some lefty silo."

Cuomo was fired from CNN in December 2021, after he helped his brother and former New York Gov. Andrew Cuomo handle an array of public sexual misconduct accusations that led to the governor's resignation.

Cuomo told LeDuff and Dumas he wasn't given the opportunity to say goodbye to his staff after CNN abruptly fired him, per the Post. But the news anchor still said he views CNN as the "best news organization in the world."

He further asserted that he never influenced news coverage of his brother after accusations of sexual misconduct surfaced, per the Post.

"I never did anything to manipulate media coverage of my brother," he told the podcast hosts.

Cuomo added that the media fallout he experienced after being fired by CNN has changed the way he conducts his new show on NewsNation, the Post reported.