British glamour model Chloe Ayling has been mocked for claiming she is too ‘vulnerable’ to attend her alleged kidnapper’s trial.

The 21-year-old is said to have told prosecutors she is too ‘worried’ to testify at the trial of Michal Herba who is accused of helping his brother Lukasz kidnap her in Italy in July 2017.

But his lawyers say she can’t be vulnerable because she’s been flying all over the world for photoshoots and sharing snaps of her jetset life on Instagram. 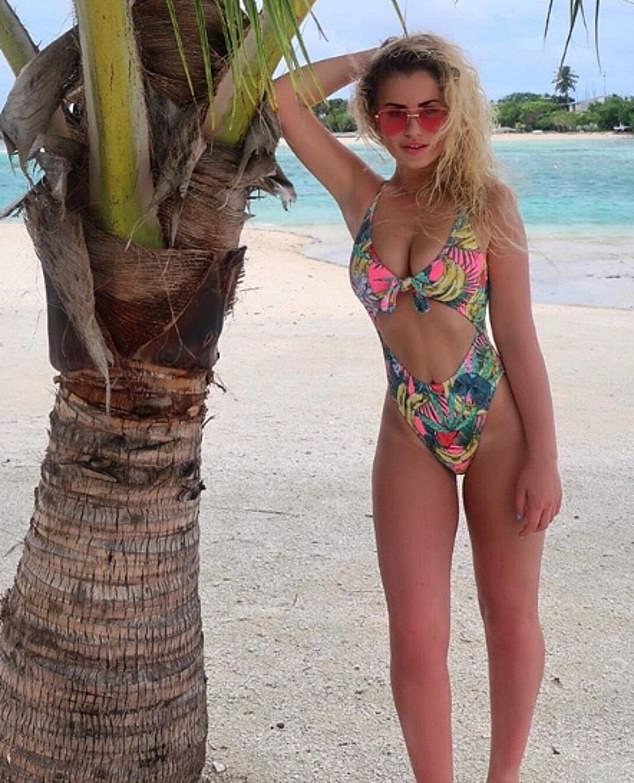 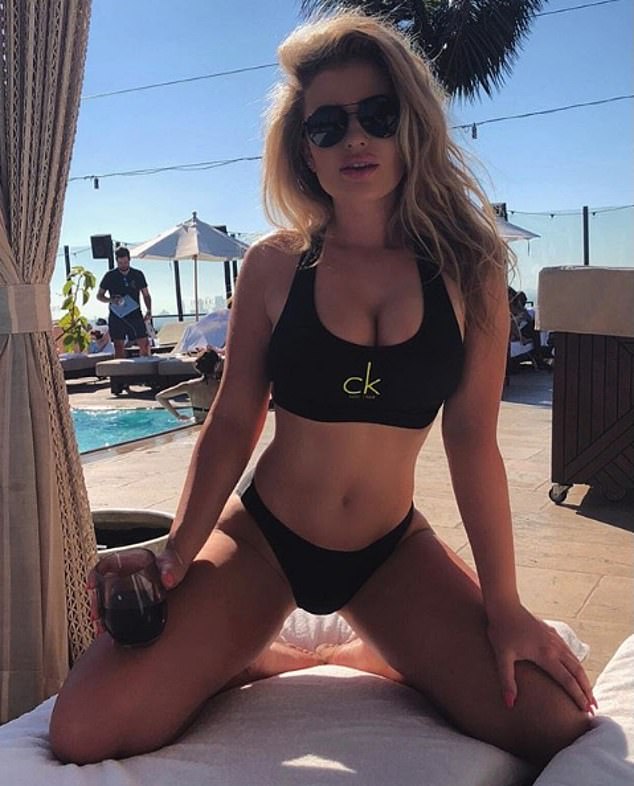 ‘Worried’: Miss Ayling, 21, shared this snap of her in Hollywood, California in October 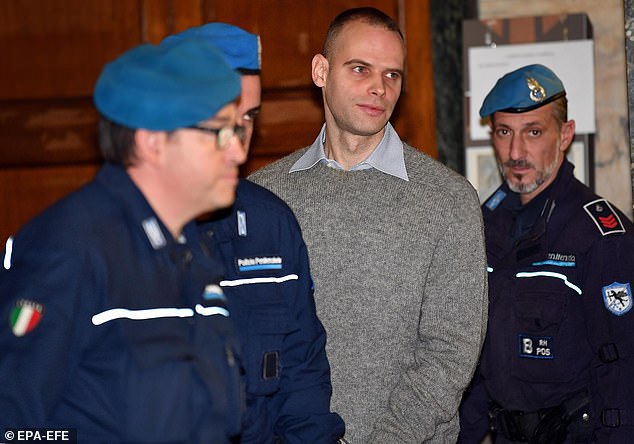 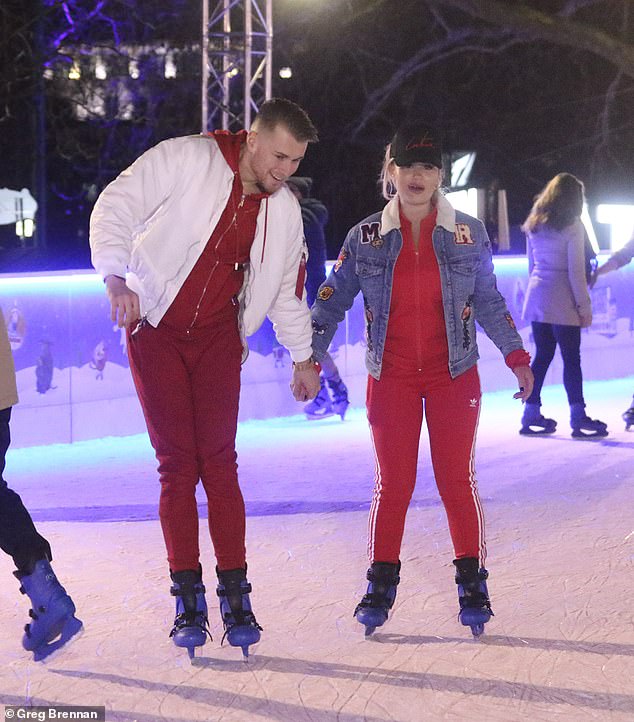 Herba’s lawyer Simone Zancani has demanded she attend, saying she needs to be questioned on her story because it ‘doesn’t add up,’ reported The Sun.

He told the hearing in Milan: ‘We find it quite hard to believe Ms Ayling says she cannot come to Milan because she is vulnerable.

‘It appears she is happy to travel thousands of miles across the world to the west coast of America, to Thailand and to other places for photoshoots.

‘You just have to look at her Instagram to see that she is not afraid of travelling to various places across the world and pose in her swimwear for glamorous publicity campaigns.’

Mr Zancani said it was only fair that Miss Ayling, who appeared on Celebrity Big Brother this year, be cross-examined in person.

Judges will decide if she must attend or can appear via video link next month. The trial continues. 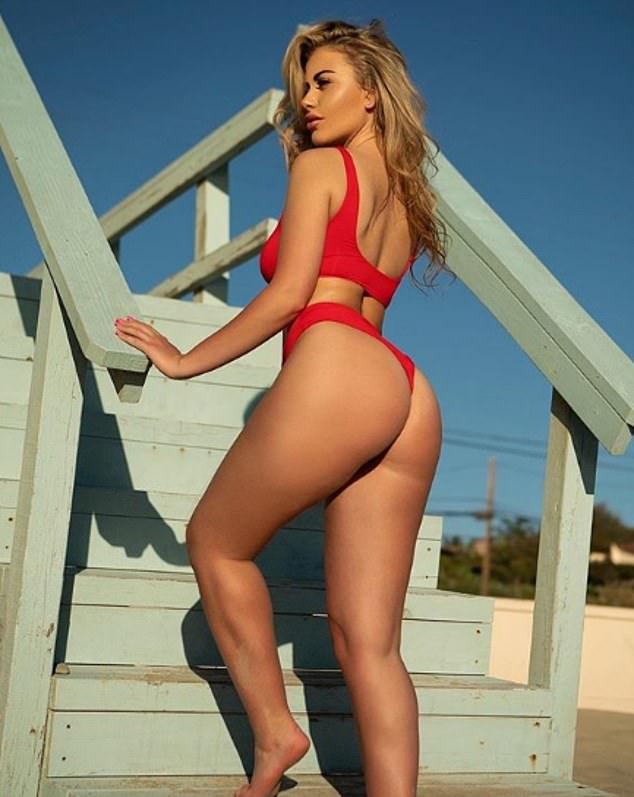 Herba’s lawyer Simone Zancani has demanded she attend, saying she needs to be questioned on her story because it ‘doesn’t add up’. Miss Ayling shared this picture on December 4 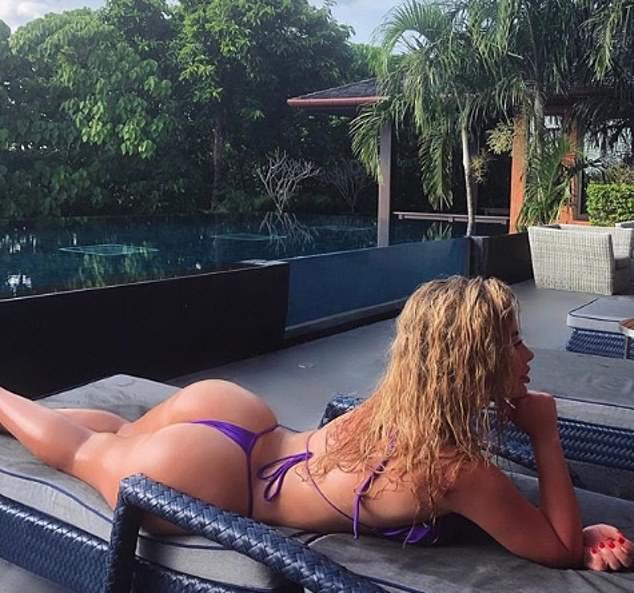 Continuing her day job: Miss Ayling shared this picture of her in Thailand in November

He was found guilty of luring Ayling to a fake photoshoot where he drugged her and bungled her into a suitcase in the boot of a car.

During his trial in the Italian city, Herba claimed Miss Ayling willingly participated in the kidnapping as a publicity stunt to boost her modelling career.

But his story was rejected by the court and he was jailed for 16 years and nine months.

Speaking after the sentencing, Miss Ayling said: ‘I am very pleased and relieved by the outcome of today’s hearing and feel that justice has been served and I can get closure on what has been a terrible time for me.

‘I am desperate to put this ordeal behind me, move on with my life and forge a new path now that the world can see I was telling the truth. I refuse to be labelled as simply a kidnapped model, or a victim forever.’

The mother-of-one said she was grateful to the Italian legal system for believing her version of events while ‘some seemed to doubt them’. 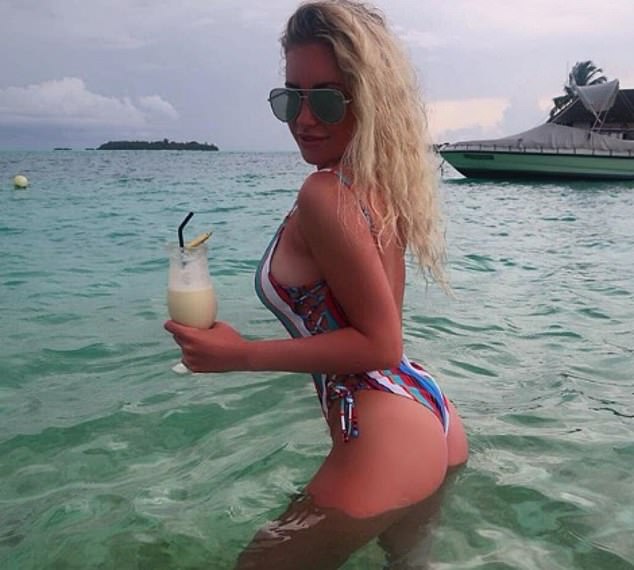 Mr Zancani said it was only fair that Miss Ayling (pictured in June), who appeared on Celebrity Big Brother this year, be cross-examined in person

Agent Adrian Sington, who represents Miss Ayling said: ‘This has been an incredible burden on her shoulders for the last year…and this is vindication – her story is true. And it means now she can get on with her life.’

Miss Ayling was snatched after attending a fake photoshoot last year. She was drugged with ketamine, stripped and handcuffed before being bundled into a suitcase in the boot of a car.

Lukasz, who is Polish, then drove her for five hours to a remote farmhouse in Borgial, near Turin, where she was held hostage for six days.

The former DHL delivery driver sent an email to Miss Ayling’s agent Philip Green, saying: ‘I am mid-level hitman with Black Death. She has been taken by our group and will be sold by our group to Middle Eastern buyers.’

He sent another email claiming that Black Death – a shadowy online trafficking network – would auction her for around £300,000. 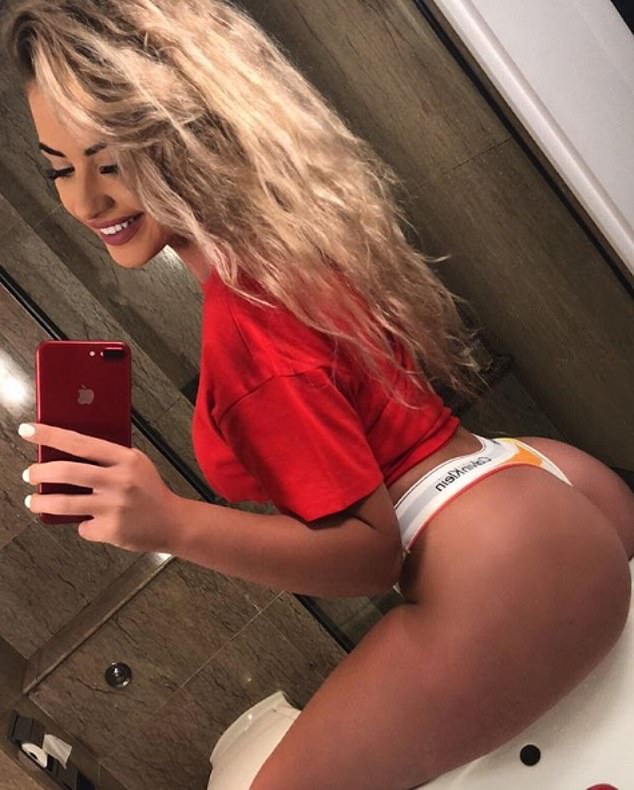 Lukasz suggested he could act as a mediator, if Mr Green paid a £230,000 ransom in Bitcoin, the online currency. On the second email, Lukasz attached a photo of Miss Ayling wearing a pink bodice.

Suspicions over Miss Ayling’s version of events arose after it emerged that she had been in contact with her kidnapper in 2015 when she was just 17.

The model, of Coulsdon, south London, had accepted a ‘friend’ request from him on Facebook and sent him at least two messages.

In another twist, footage of the pair holding hands during her ordeal was played to the court.

The following day, Herba released her at the British consulate in Milan.

In his initial statement to police, he said he did so out of sympathy for the fact she was a mother.

Herba, who used to live in the West Midlands, said they planned the kidnap together over Facebook so that they could share the ransom.