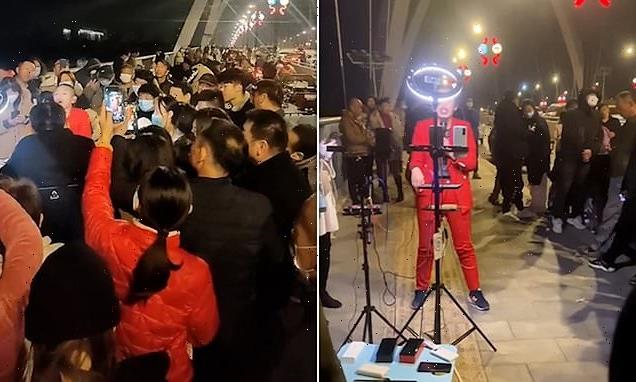 Stopping the traffic! Chinese influencers cause chaos as fans pull over to watch them filming on bridge

This is the moment livestreaming influencers brought traffic to a standstill on a bridge in northern China.

Footage filmed in Kaifeng, Henan province, shows fans leaving their cars and motorbikes on the road to crowd around the influencers who had lined up along the pavement to make their clips.

At one point, hundreds of people can be seen gathering on the bridge, a popular location for influencers to livestream. 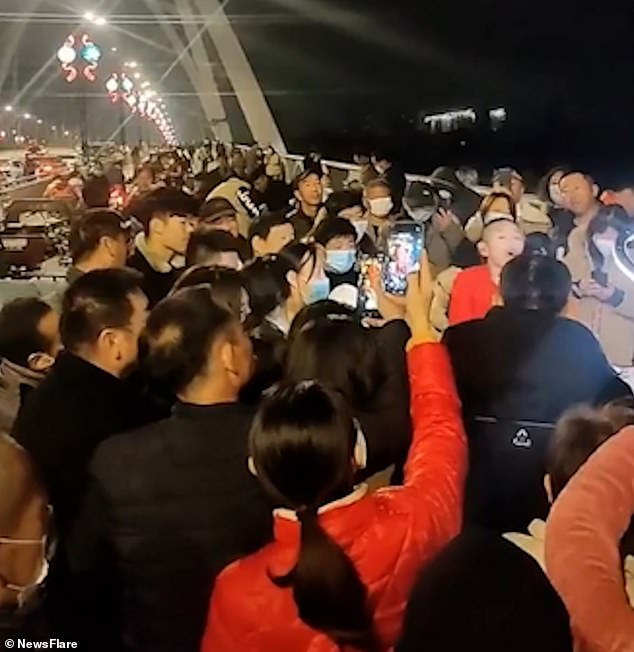 Hundreds of people can be seen gathering on the bridge, in Kaifeng, Henan province, northern China, a popular location for influencers to livestream 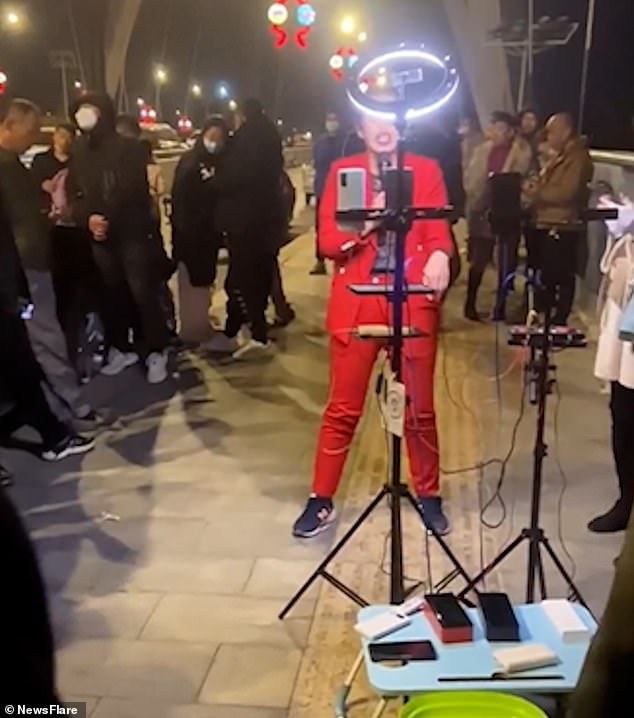 Later on in the footage, people are seen gathering around the influencers as they continue livestreaming from the bridge 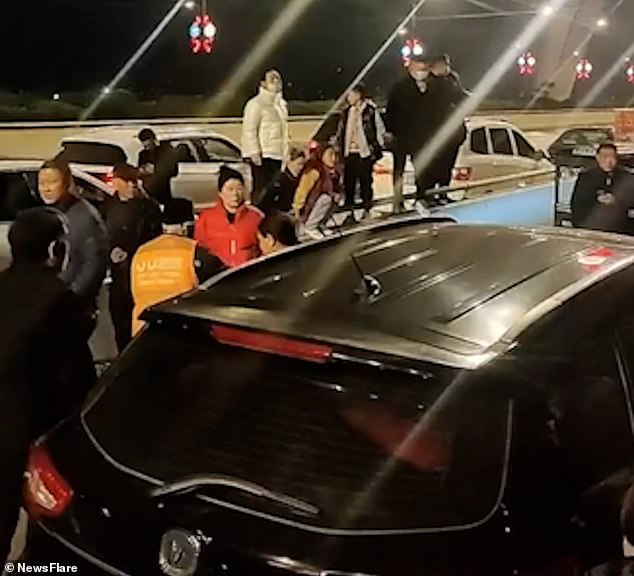 The camera pans round to show dozens of vehicles which appear abandoned on the road, bringing traffic on the bridge to a standstill

The video shows influencers, standing on the pavement next to the road, lined up behind each other with extra lighting and phones on tripods.

One woman can be seen setting up, with a table full of extra props, a man is shown talking into a camera and another woman is dancing and singing as passing motorists can be heard sounding their horns.

Later in the footage, hundreds of people are seen gathering around the influencers as they continue livestreaming from the bridge.

One influencer is surrounded by crowds of people before the camera pans round to show dozens of vehicles which appear abandoned on the road, bringing traffic on the bridge to a standstill.

The queues of people watching can be seen stretching back along the bridge.

The video was filmed on November 17 and resulted in the police being called, but the influencers and the watching crowds were reluctant to leave.

The influencers reportedly travel from all parts of the nation to livestream from the bridge.

It comes after hundreds of influencers flocked to a quiet Sydney street last year and blocked off traffic to snap the perfect Instagram photo of themselves among blooming Jacaranda trees.

The stunning canopies turn purple every spring, providing a spectacular profile picture for avid social media users – but locals on McDougall Street in Kirribilli on the city’s North Shore became furious about the added attention.

Kirribilli residents found it difficult to move through the surrounding streets with social media-obsessed photographers often blocking traffic on weekends. 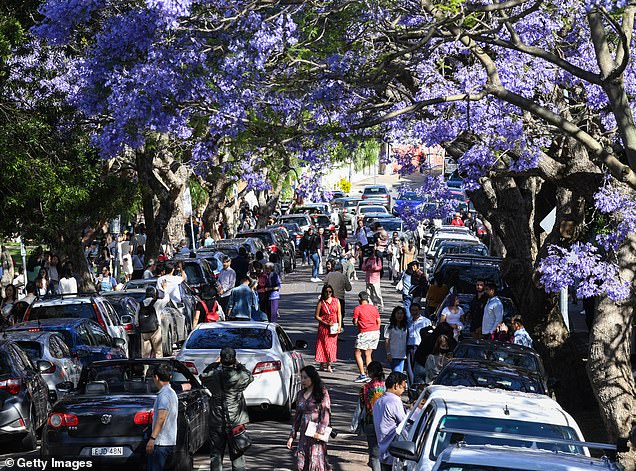 Hundreds of influencers flock to a normally quiet Sydney street and block off traffic to snap the perfect picture of blooming Jacaranda trees (pictured, McDougall Street in Sydney’s Kirribilli)

Instagrammers were regularly seen posing in the middle of the street trying to capture their best side, while photographers searched for the best angle of the blooming flowers.

The heavy street presence meant cars trying to make their way down the narrow road were often blocked by people taking photos, who scurried out of the way before returning back to obstruct the road.