China’s wealthiest 1,800 people saw their net worth rise 10 per cent last year – despite US trade war – with the average fortune now £1.1billion

China’s wealthiest 1,800 people saw their fortunes rise by 10 per cent last year, despite a trade war with the US, with the average net worth at £1.1billion.

Jack Ma, who retired last month as chairman of e-commerce giant Alibaba, tops the list with a net worth of £31.6 billion, according to the Hurun Report.

Ma Huateng of Tencent, a games and social media company, is second with £30 billion.

The results reflect the growing importance of China’s consumer market at a time when US tariff hikes have battered export-oriented manufacturing. 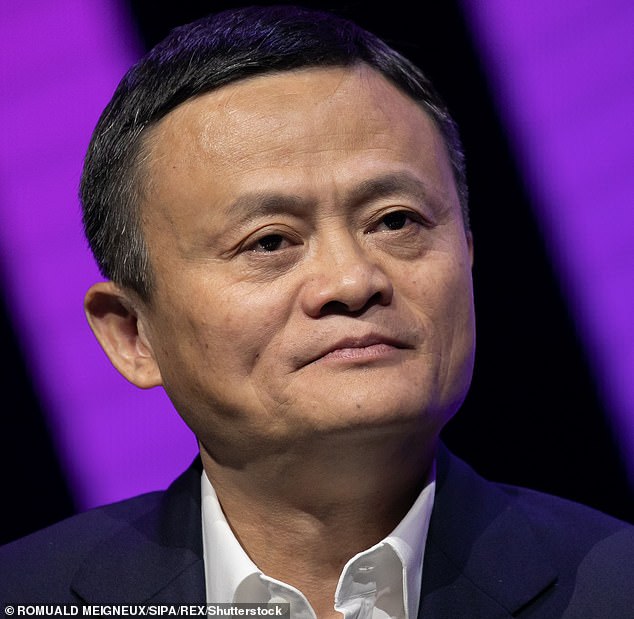 Jack Ma, CEO, Alibaba Group at a conference in Paris last month – he made his first million in under a year and took another decade to haul in a billion

The number of business people on the list from the tech, pharma and food industries rose while those in manufacturing declined.

Rupert Hoogewerf, the report’s founder and chief researcher, said: ‘Wealth is concentrating into the hands of those who are able to adapt to the digital economy.’

In contrast to the United States and Europe, where the ranks of the richest people are dominated by inherited wealth, almost everyone on the Chinese list is self-made.

Mr Hoogewerf noted that when the survey began two decades ago, mainland China had no billionaires.

Real estate developer Xu Jiayin, who topped the list in 2017, dropped to third place in the latest ranking with a wealth of £24 billion.

Married Sun Piaoyang and Zhong Huijuan are fifth on £20 billion after their drug company Hansoh debuted on the Hong Kong stock exchange.

The net worth of Ren Zhengfei, founder of smartphone maker Huawei which is at the centre of a struggle between Washington and Beijing over technology development, rose 24% to £2.4 billion. He climbed 36 places on the Hurun list to number 162. 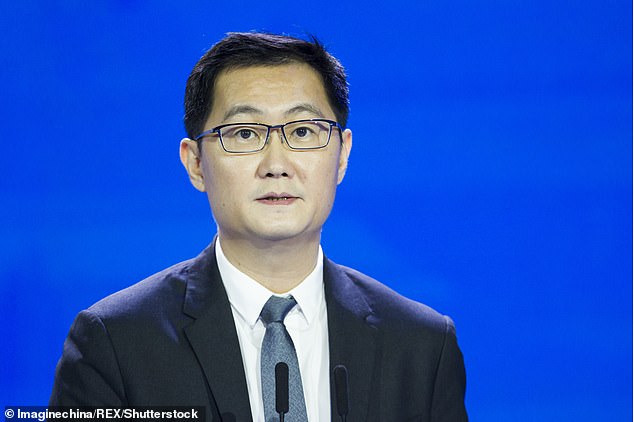 Huawei, which also makes network switching gear, said sales rose 23.2% in the first half of 2019. The company has warned, however, that it will ‘face difficulties’ as curbs on its access to US components and technology take effect.

Qin Yinglin and Qian Ying, a married couple who own pig breeders Muyuan Foods, profited from an outbreak of African swine fever that pushed up pork prices. Their net worth tripled to £11.4 billion.

‘Nobody in the world has ever made that much from a standing start,’ Mr Hoogewerf said.

Who are China’s richest men?

Ma Huateng, AKA Pony Ma, 47, is chairman of Chinese internet colossus Tencent Holdings, whose social messaging application WeChat has over a billion users.

He co-founded Tencent in 1998, has an estimated worth of $38.8bn and made his first million within three years.

Tencent is the world’s largest gaming company, according to the South China Morning Post, owning 40% of Epic Games, developers of the wildly popular Fortnite shooter.

Huateng prefers to keep a low-profile and drives an unassuming Volvo S80L.

Jack Ma (Alibaba), made his first million dollars in under a year, first billion in ten years

Jack Ma, 54, is the founder of Alibaba, one of China’s most popular websites and their equivalent of Amazon.

The former English teacher has an estimated net worth of $37.3bn and made his first million in under a year. His first company, Haibo Translation Agency, provided English translations and he soon saw an opportunity in using the internet to create China Pages which translated English websites for a Chinese audience.

He founded Alibaba in 1999, when e-commerce was a foreign concept in China – he once said, ‘I called myself a blind man riding on the back of blind tigers.’