Australian consular officials are urgently seeking to visit Chinese-Australian writer Yang Hengjun in detention in Beijing after Chinese officials confirmed they had arrested him.

“The Department is seeking to clarify the nature of this detention and to obtain consular access to him, in accordance with the bilateral consular agreement, as a matter of priority,” the statement said.

On Wednesday afternoon, The Age reported that Mr Yang Hengjun had been detained by a squad of 10 security agents shortly after arriving at an airport in China.

His arrest was confirmed by a source who witnessed the incident, confirming the worst fears of those close to him.

The confirmation that Mr Yang, a democracy activist and former Chinese diplomat, was taken by secret police on Saturday comes after days of silence, with friends and family increasingly concerned for his safety. 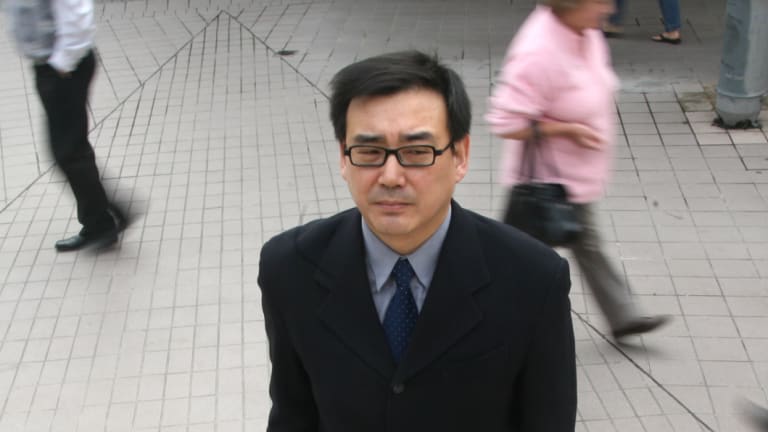 He left New York for the southern Chinese city Guangzhou on January 18 despite friends warning the Australian citizen it was too dangerous for him to travel to China. Friends abroad have not heard from him since.

After arriving in Guangzhou on January 19, Mr Yang was prevented from boarding his connecting flight to Shanghai with his wife and her daughter. It is understood the agents swooped on the Australian citizen as he was awaiting processing in the foreigners' queue.

The rapid arrest suggests that Mr Yang was on a list and authorities were prepared to strike should he set foot on Chinese soil.

His wife, Yuan Rui Juan, was detained briefly but then permitted to go to Shanghai with her daughter. After leaving her child with family, it appears Ms Yuan proceeded to Beijing, where her husband may be detained. According to sources, she has now returned to Shanghai and has not been permitted to speak to Mr Yang.

Mr Yang's detention comes amid heightened tensions between Beijing and Western governments, with fears his case might be connected to the detention of two Canadian men by Chinese secret police.

The arrest of the men was seemingly retaliation for the Canadian arrest of Huawei executive Meng Wanzhou at the request of the United States, over allegations of fraud linked to business dealing with Iran in violation of US sanctions. The arrest of Ms Meng has infuriated Beijing.

Australia has joined allies in expressing concern about China's behaviour. If Mr Yang's detention is connected to the Canadian tensions, it would be a serious escalation.

Australian officials have been seeking information about Mr Yang since he was reported missing.

"I am not aware of the situation about this Mr Yang and I can’t tell you whether it will be a topic of discussion between the two sides," she said when asked at a regular press briefing if it was likely to be discussed when Defence Minister Christopher Pyne arrives in Beijing for talks on Thursday.

The Australia-China consular agreement requires that either government be informed within three days if one of their citizens is detained. Diplomats are also entitled to communicate with and visit the person.

Mr Yang, an Australian citizen since 2002, has emerged as a popular fiction writer and vocal backer of democratisation and reform in China.

He travelled to China despite warning from friends that it was too dangerous. He assured one, Sydney academic and prominent Chinese community figure Feng Chongyi, that he would not be on the authorities' radar.

Mr Yang believed he had "done nothing to offend the authorities over the last two or three years," according to Dr Feng.

Dr Feng, who was himself detained for several days by Chinese authorities in early 2017, said that he had spoken to Chinese contacts with connections to the Ministry of State Security who said Mr Yang had been detained.

An active and popular user of social media, Mr Yang has been conspicuously silent on his chosen platforms since departing for China.

On January 17, the day before his flight, he published a post about political reform and plans to move to Europe in 2019. Last month he said he intended to set up an immigration agency in Barcelona.

Yang's profile is high in China as a blogger, and in November 2016 he was interviewed by state-run nationalist newspaper the Global Times about a Chinese tour group he led to the United States to observe the general election.

Earlier, in 2014, he was named as the chairman of the International New Media Co-operation Organisation, a Chinese soft power group, and the mokve drew criticism from overseas independent Chinese media.

Concerns raised by Canada and other Western nations about the detention of the two Canadians, Michael Kovrig and Michael Spavour, have been rebuffed by Beijing. Following a sudden retrial this month, a  third Canadian faces the death penalty for drug smuggling.

Earlier this week, the Chinese government called Meng Wanzhou’s arrest "an abuse of the extradition agreement" between the US and Canada, following reports the US will formally lodge an extradition request with Canada.