CHINA has been accused of the mass sterilisation of Muslim women, as the country confirms that birth rates in Xinjiang mysteriously plummeted by a THIRD in 2018.

The Xinjiang government said the drop in birth rates was due to "the comprehensive implementation of the family planning policy." 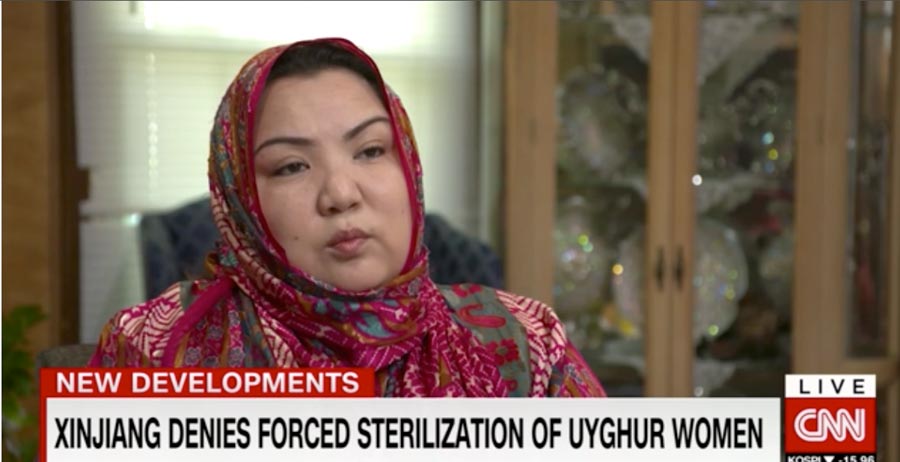 According to CNN, some Uighur women were being forced to use birth control and undergo sterilization as part of a deliberate attempt to push birth rates down among the minority group.

Similarly, the use of contraceptive intrauterine devices (IUDs) has become more common in Xinjiang, with almost 1,000 new implants per 100,000 people in 2018.

It is thought that up to 2 million Uighurs and other Muslim minorities are in mass detention centres in the region. 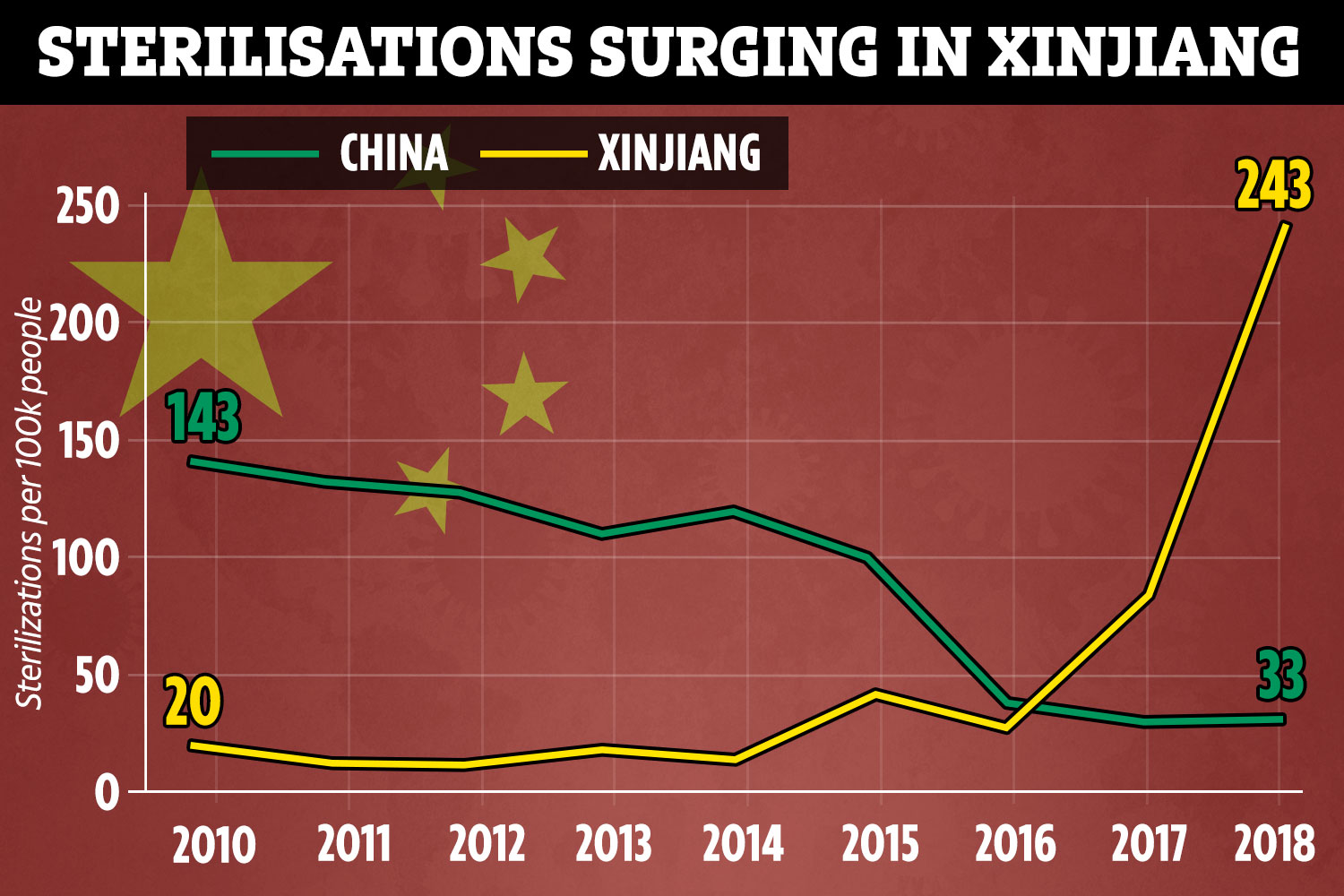 However, Beijing claims these centres are voluntary and provide vocational training.

The response said: "The rights and interests of Uyghur and other ethnic minorities have been fully protected.

"The so-called 'genocide' is pure nonsense."

According to the government, the population of Xinjiang rose by more than 3 million people, or almost 14 per cent, between 2010 and 2018, with the Uighur population "growing faster" than the region's average rate.

The 40,000 fewer babies have been attributed by the government to their family planning policy, increased education and economic development.

A new report released by Beijing reveals millions of people have been held in detention camps in Xinjiang.

The area is an autonomous region of China in the north-west of the huge country.

It's home to around 25million people and covers 640,000 square miles, making it the largest province in China.

However, less than ten per cent of the land is fit for human habitation.

The area is currently the country's largest natural gas-producing region.

In recent years, claims that the province's residents are being held in detention camps have been made by journalists and human rights campaigners.

Last year, one newspaper reported that writers, artists and academics are among those imprisoned.

There are also claims that Uighurs are thrown into the camps for arbitrary reasons, like having beards or wearing veils.

Although Adrian Zenz, an academic with expertise on Xinjiang, said that natural birth rates should not take place in just a few months, but should instead happen over several years.

He questioned how likely it was that 17 times more women spontaneously wanted to be sterilised in response to the surge in figures.

Earlier this month, it was revealed that up to EIGHT MILLION people have gone through "training" at state "gulags" in China, revealed by a Beijing document. 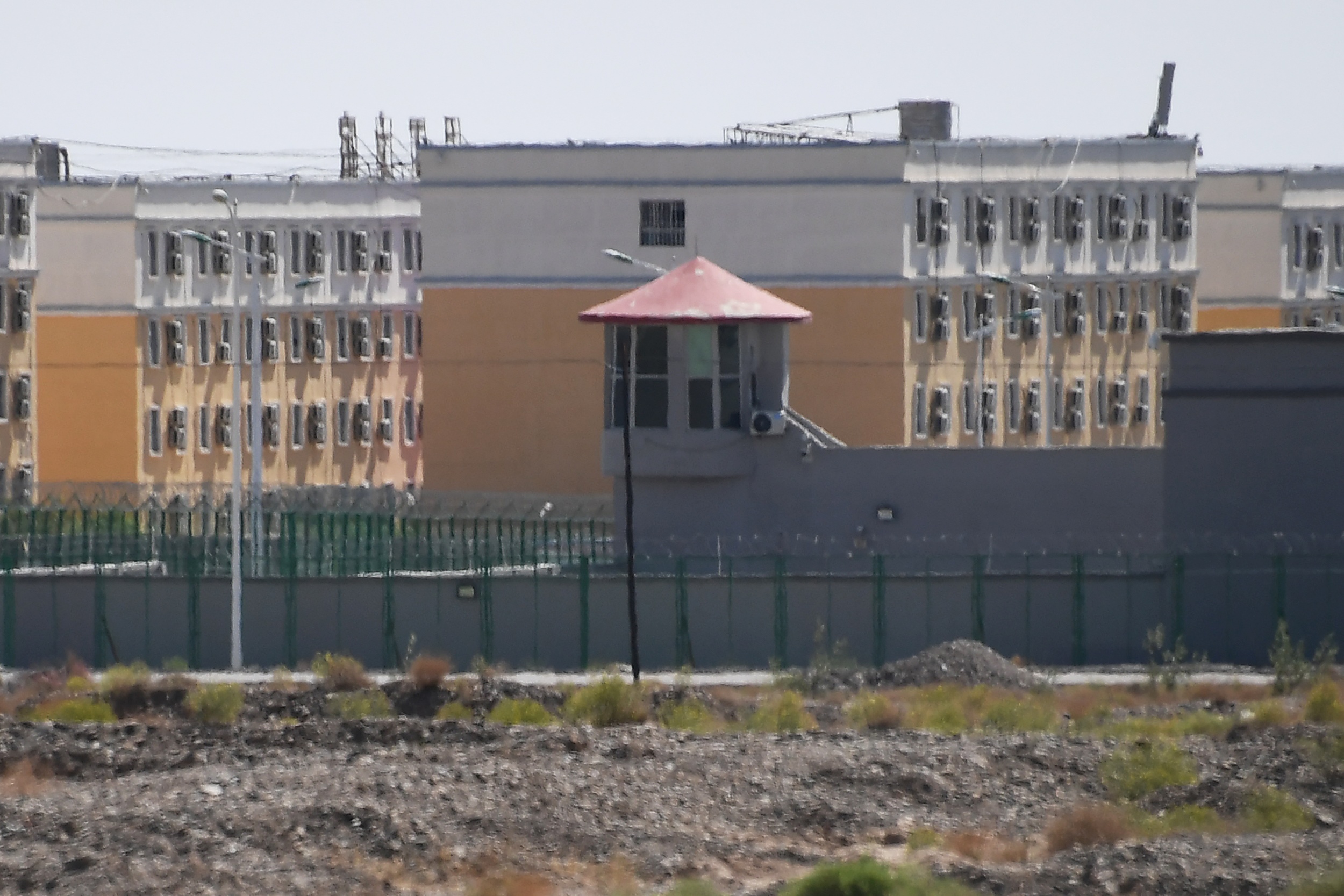 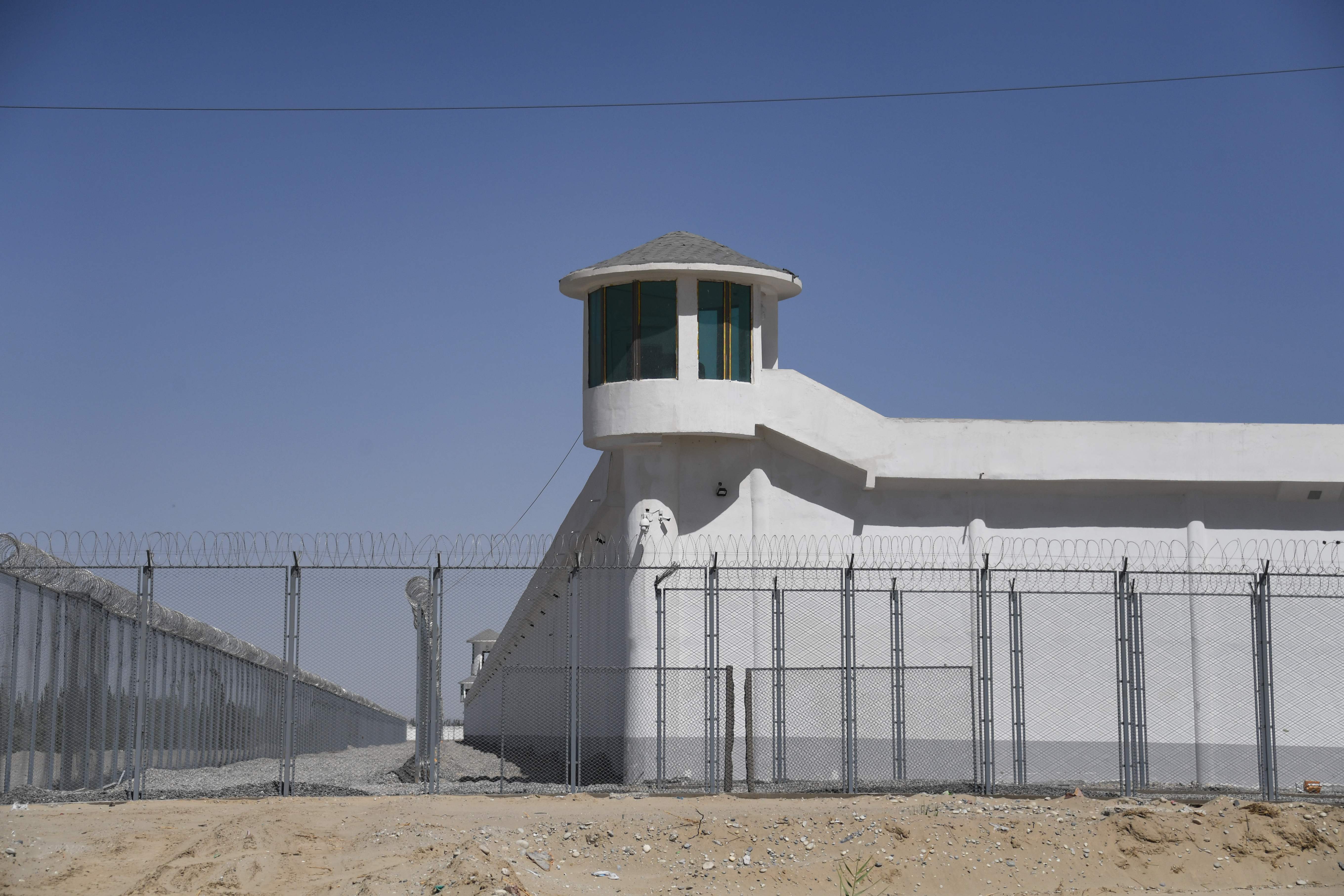