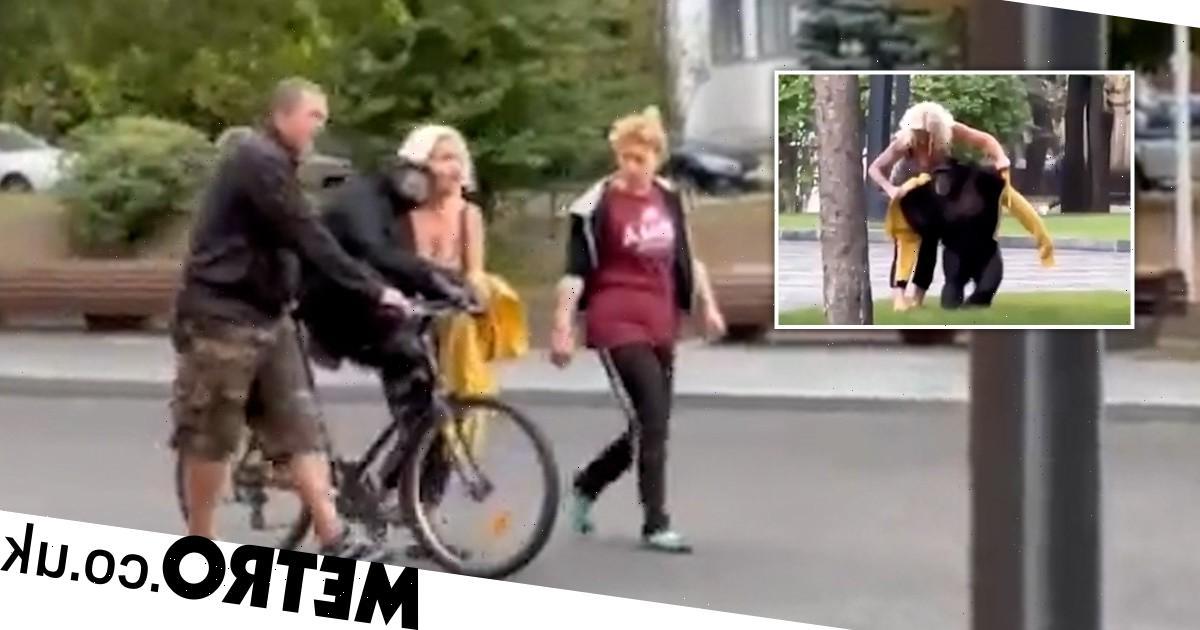 Chichi the chimp had a very exciting adventure after managing to escape a zoo in Ukraine.

From running around the streets of Kharkiv to being given a gift of a yellow raincoat and taken for a ride on a bike, it was certainly a wild day out for the cheeky monkey.

Video footage circulating on Telegram showed Chichi rushing around the streets of the north-eastern city while evading capture by staff from Feldman Ecopark.

Many feared the situation might become dangerous, but one knowledgeable zookeeper quickly defused what was happening when it started raining.

She calmly sat down beside Chichi and spoke to him, then took off her bright yellow raincoat and carefully put it on for him like he was a child and hugged him.

But all good things must come to an end, and more footage shows Chichi riding a bicycle while workers wheeled him back towards the zoo and to his enclosure.

Kharkiv is Ukraine’s second city and one of the country’s most important military centres. 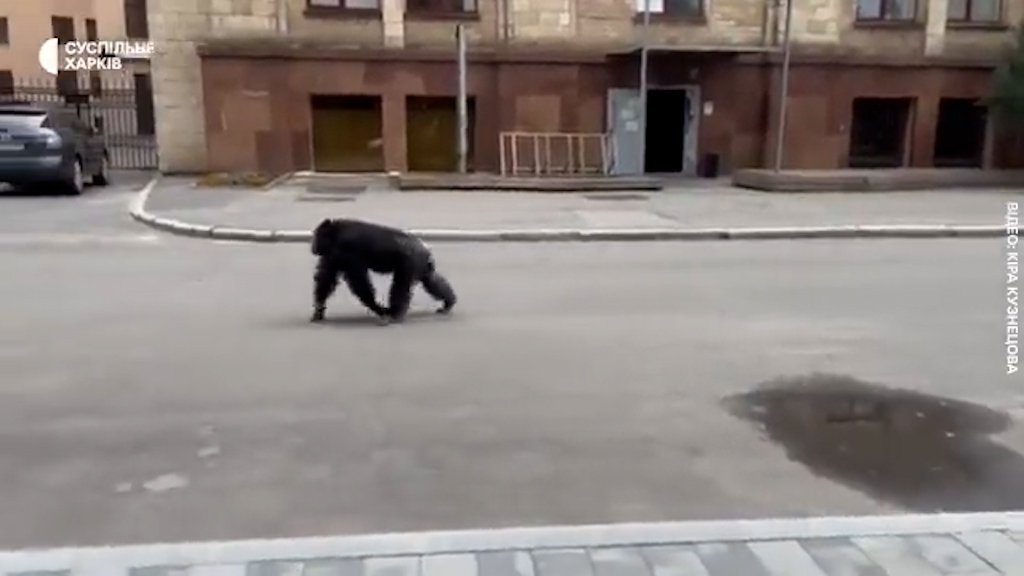 As a result, it has been heavily targeted by Russia since the start of the war on February 24.

It has seen many air strikes and rocket attacks over the past few months, but Ukraine has still managed to retain control of the city.

A spokesperson for the zoo said at the time the animals had been ‘murdered’.

‘The list of almost 100 murdered animals includes nine red deer, of which another 20 ran away to a nearby forest after their enclosures were hit, two orangutans and a chimpanzee, four fallow deer, two bison, three Welsh goats, a large number of big cats and primates, ungulates, marsupials and countless numbers of birds,’ they said.

The free-entry attraction was involved with social projects such as providing therapy for children with special needs, and was home to about 5,000 animals including 300 species before the invasion.

Owner Oleksandr Feldman said the zoo is up and running again but the damage to the enclosures has left the animals unsafe, so the attraction remains closed to the pubic.

In recent Facebook posts, Mr Feldman wrote: ‘Animals suffer from war no less than people… The recipe for the rehabilitation of war animals is quite simple – it is love and care. And a peaceful sky above your head.

‘Refugees in Ukraine are not only people, but also animals. They also suffer stress from the war, they are also sad at home and dream of returning.

‘Just like us, they need warmth, love and care. I feel this all the time and try to walk our animals as often as possible.’