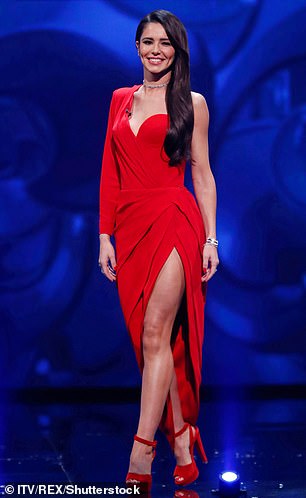 Cheryl Tweedy is seeking to prevent the media from reporting her conviction for assaulting a toilet attendant – despite writing about it in her autobiography.

The Mail on Sunday has learned that lawyers acting for the 35-year-old have sent a legal letter to a newspaper that carried details of the nightclub attack in 2003 as part of an interview with the singer.

It is understood they argue that any mention of the crime, the subsequent trial, her conviction or sentence is a breach of the Rehabilitation of Offenders Act.

The law is intended to ensure that those convicted of minor offences are not disproportionately penalised through references made to the crime many years later.

But media lawyers and freedom of speech campaigners last night criticised its attempted use by Ms Tweedy and warned of the risks of setting a precedent that could be used by the rich and famous to airbrush their criminal past.

The legal row began when The Guardian published an interview with Ms Tweedy in November, Timed to coincide and promote her single Love Made Me Do It.

Journalist Peter Robinson described her frosty reaction when asked about her conviction for assaulting Sophie Amogbokpa at the Drink nightclub in Guildford, Surrey.

Ms Tweedy, then a member of the band Girls Aloud, was convicted of assault occasioning actual bodily harm and given 120 hours of community service and a fine.

After asking about the case, Mr Robinson wrote that the ‘temperature in the room seems to drop several degrees’ with Ms Tweedy describing his questions about it as ‘irrelevant’ and ‘boring’. 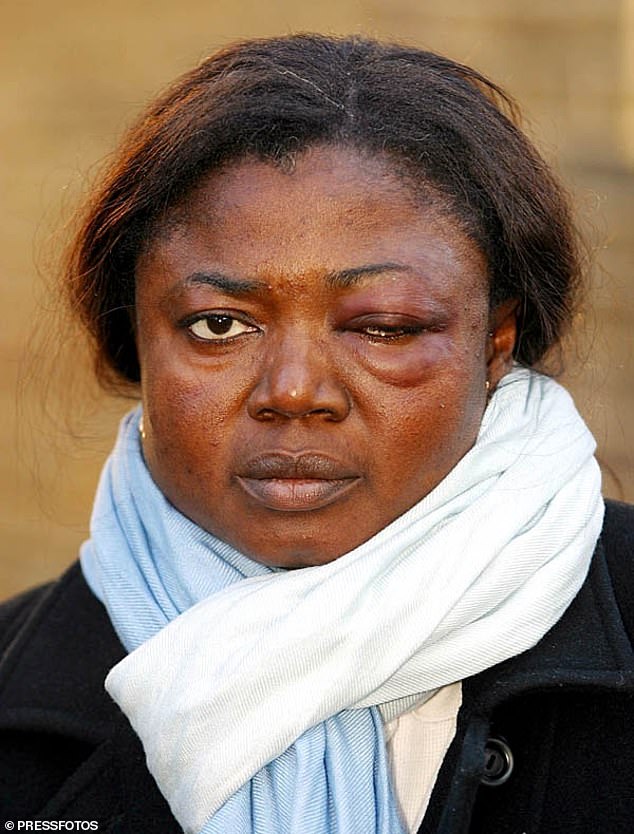 Ms Tweedy, then a member of the band Girls Aloud, was convicted for assaulting Sophie Amogbokpa (pictured) at the Drink nightclub in Guildford, Surrey

Asked if she thought a member of a girl band that won the X Factor in 2018 would be axed if involved in a similar incident, the singer replied: ‘Not really.’

The nightclub attack, trial and Ms Tweedy’s conviction have been widely reported for many years.

A search on Google for the words ‘Cheryl Cole’ and ‘assault’ yesterday brought up 4.2 million results with the first five pages of entries, numbering more than 50, featuring only stories about the attack.

Ms Tweedy also wrote about the incident in her 2012 autobiography Cheryl: My Story.

In it, she insists she was acting in self-defence but adds: ‘As the months went on and I prepared for the trial, I started to see that it was not acceptable to have hit her under any circumstances, even in self-defence.’ 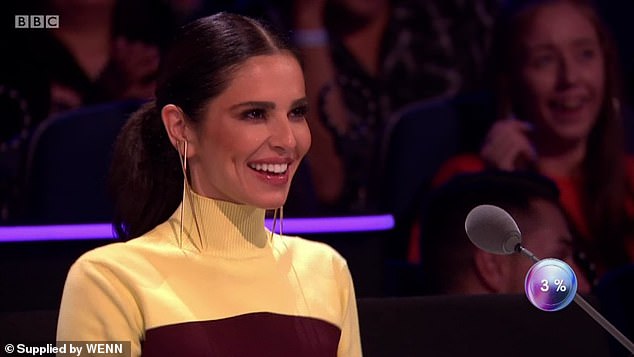 Ms Tweedy also wrote about the incident in her 2012 autobiography Cheryl: My Story

The book, which is still widely available in bookstores and online, sold an estimated 274,000 copies in the year after its release.

Asked if he thought that the Rehabilitation of Offenders Act could be used to prevent any mention of Ms Tweedy’s attack or conviction, Duncan Lamont, a media lawyer at Charles Russell Speechlys, said: ‘The short answer is no, she cannot stop the media from writing about the assault.

‘The rationale behind the Rehabilitation of Offenders Act was that if you applied for a job, you didn’t have to mention your conviction to your employer because the conviction was spent.

‘It does not apply to the media. The act was designed to give people who committed an offence a second chance, not for privacy purposes.’ 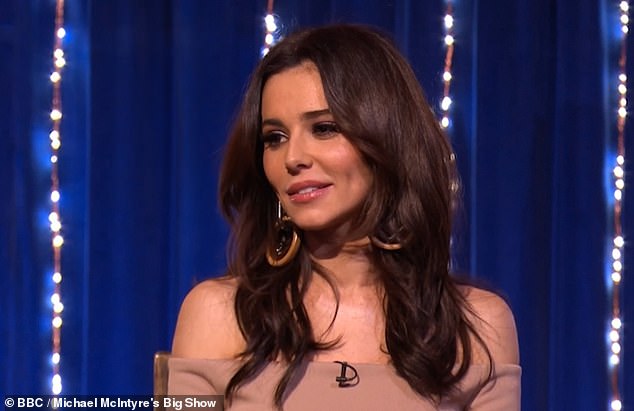 A spokesman for Ms Tweedy, who is currently a judge on BBC show The Greatest Dancer, also declined to comment

Gavin Millar QC, a media lawyer at Matrix Chambers, said: ‘There is an increasing use of privacy laws by people who assert that if a conviction is spent, then the media should not report it.

‘But for public figures and celebrities, this would be very hard to sustain. They will have a higher threshold to cross, and then a court will look at whether a media organisation reported a past conviction reasonably or gratuitously.’

Despite the complaint from Ms Tweedy’s lawyers, Mr Robinson’s article last night remained on The Guardian’s website. The newspaper declined to comment but a source confirmed there had been correspondence with lawyers acting for Ms Tweedy.

A spokesman for Ms Tweedy, who is currently a judge on BBC show The Greatest Dancer, also declined to comment.

But a letter to this newspaper from law firm Carter Ruck cited the Rehabilitation of Offenders Act and argued Ms Tweedy should be treated by the media in the same manner as someone who had not committed nor been charged, prosecuted, convicted and sentenced for an offence.