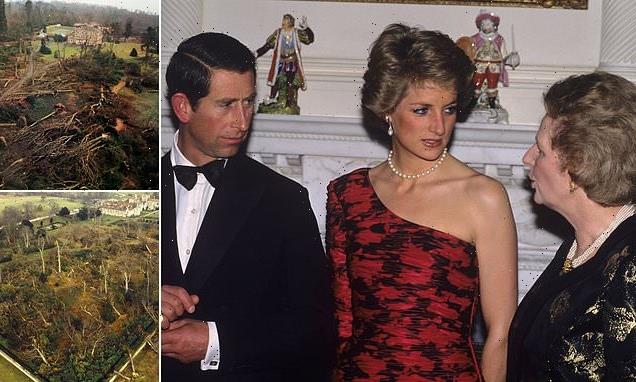 Revealed: How Prince Charles lobbied Margaret Thatcher to give millions to landowners rocked by 1987 storm

The Prince of Wales successfully lobbied Margaret Thatcher for a multi-million-pound payout for landowners following the great storm of 1987, documents obtained by The Mail on Sunday reveal.

The heir to the Throne persuaded the then PM to allocate £3.5 million of taxpayers’ money to help landowners ‘replant’ trees felled by the hurricane-force winds.

Details of the Prince’s efforts are contained in Government papers obtained by The Mail on Sunday after a 17-month Freedom of Information battle.

The documents, which cover the period 1987 to 1989, will intensify concern about the Prince’s tendency to contact ministers not least because they show he can on occasion influence government policy. 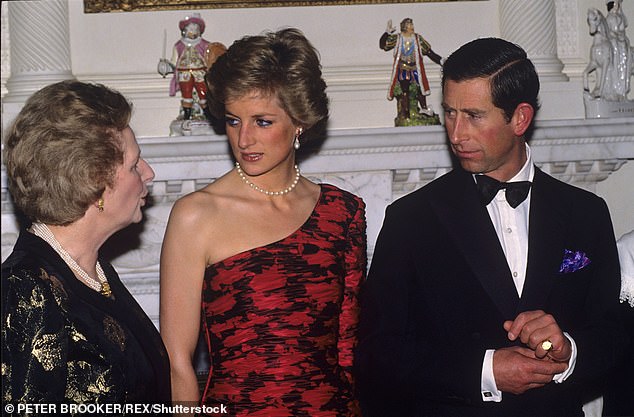 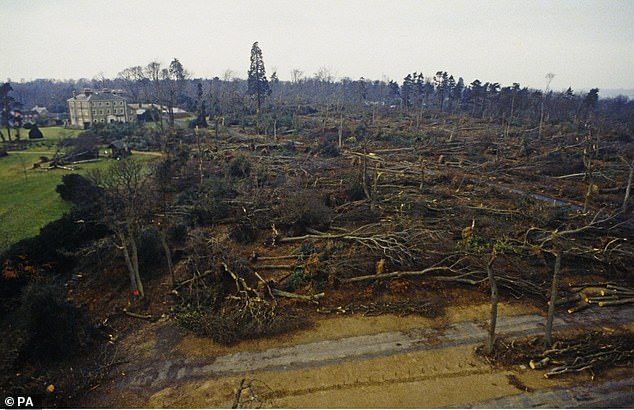 The heir to the Throne persuaded the then PM to allocate £3.5 million of taxpayers’ money to help landowners ‘replant’ trees felled by the hurricane-force winds in the 1987 storm

The official wrote: ‘The Prince raised with you the possibility of extra help for landowners to assist in replanting. As a result of his talk with you, you took up the matter with the Secretary of State for the Environment and the Minister of Agriculture. As a result, they announced on June 7 a £3.5 million scheme over five years.’

The storm made landfall in Cornwall on the night of October 15 and felled 15 million trees across the country. Although Cornwall did suffer extensive damage, the worst affected parts of the country were in the South East of England, the Home Counties and East Anglia.

For example, 95 per cent of the woodland surrounding Emmetts Garden in Kent was destroyed. 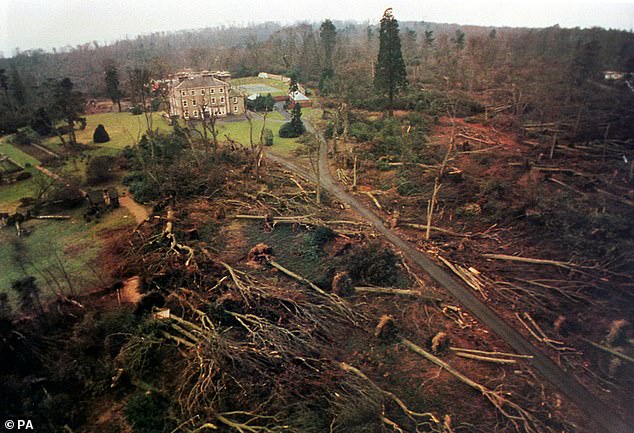 For example, 95 per cent of the woodland surrounding Emmetts Garden (pictured) in Kent was destroyed

There is no suggestion in the documents that the Prince’s Duchy of Cornwall estate received any of the funding. A Clarence House spokesman said: ‘These documents refer to the Prince raising with Government an issue of public concern which he also raised publicly. As always, whether the Government decides to act is purely a matter for ministers.’ This is not the only time that the Prince, who has come under fire for writing lobbying letters to ministers in the past, has campaigned on behalf of landowners.

In 2017, The Mail on Sunday revealed how his private office had contacted the Environment Agency two years earlier to argue against cuts to flood defences on land owned by the Duke of Norfolk. The agency did not change its stance.

The latest disclosure will reignite concerns about Charles’s activities. Graham Smith, head of the anti-monarchist campaign group Republic, said it was reasonable to ask if his Duchy of Cornwall estate had benefited from the funding approved by Mrs Thatcher.

But Vernon Bogdanor, a research professor at King’s College London, said: ‘He has the same right that you and I would have to write to a Minister or the PM with a proposal.’

The newly released material was in a Government file due to stay shut at the National Archives until 2054. Parts of that file are now available to the public after The Mail on Sunday’s information request.