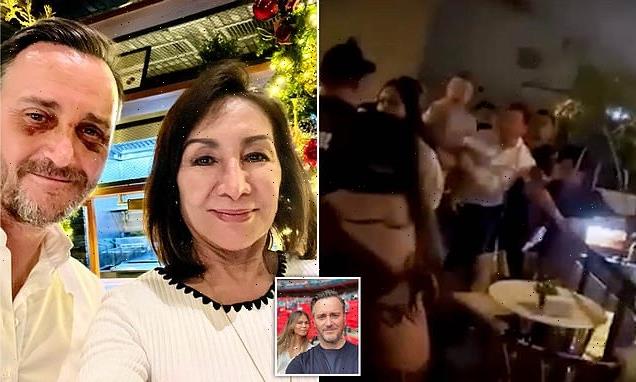 Celebrity chef Jason Atherton takes on thugs in Philippines bar who were ‘harassing his daughter, 17, outside toilets’ sparking mass brawl that left him with two black eyes

A British Michelin-starred celebrity chef was attacked after allegedly defending his teenage daughter from thugs in a bar in the Philippines.

Jason Atherton, 51, was dining at the F Cafe and Bar in Cebu province with his family when his 17-year-old daughter complained that a group of men harassed her outside the restroom.

The award-winning chef, from Worksop, Nottinghamshire, reportedly confronted them and asked them to apologise.

But the confrontation quickly turned violent and a mass brawl ensued, while shocking footage showed fists flying and bargoers being stomped on the ground. 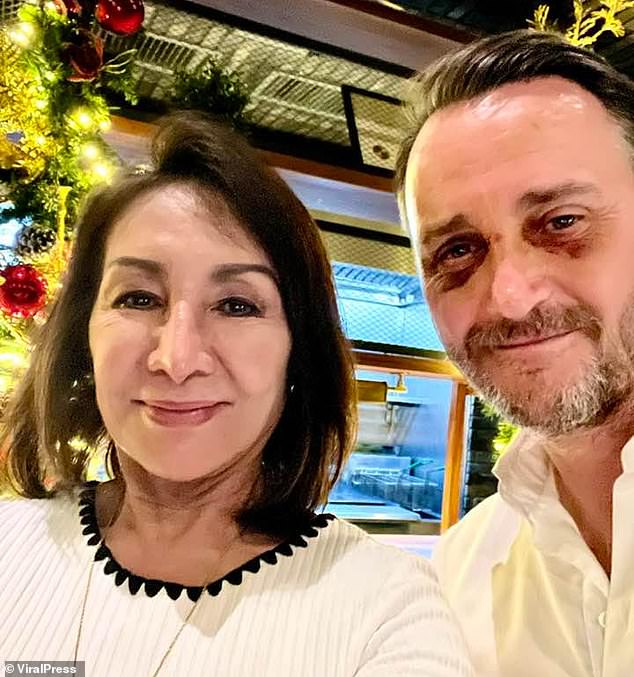 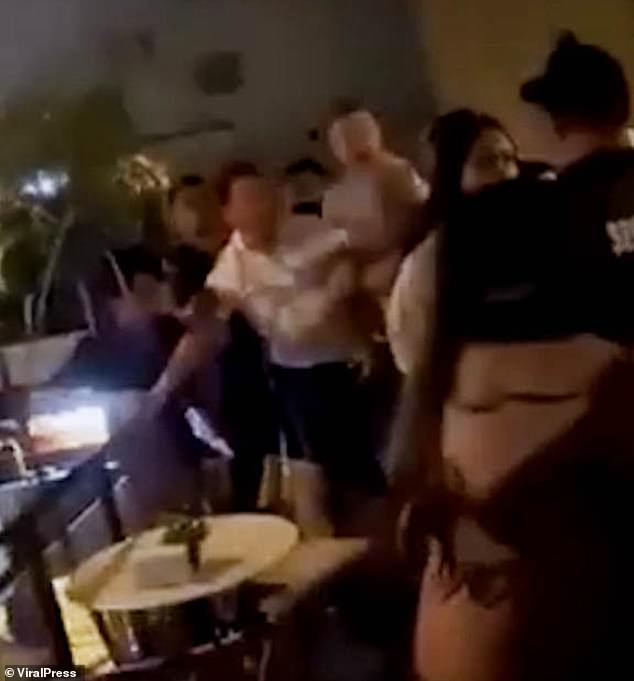 In grainy mobile phone footage, Atherton can be seen wearing a white shirt, first arguing with people outside the bar and then caught up in a fistfight.

He was pictured at one of his restaurants in the Philippines the next day sporting two black eyes and bruising around his nose.

In a video taken by an onlooker, Atherton can be heard saying: ‘I want an apology…. If you could have sex with her in the toilet. She’s 17, she’s 17-years-old.’

Cebu governor Gwendolyn Garcia slammed the bar, claiming: ‘they all ganged up on Jason, including F Bar’s people’.

The politician added: ‘Worse, F Bar’s bouncers held him down so Jason couldn’t fight back.

‘The lady manager joined in the melee, even providing a bottle to beat him further, the whole time condemning him and all foreigners as troublemakers.’ 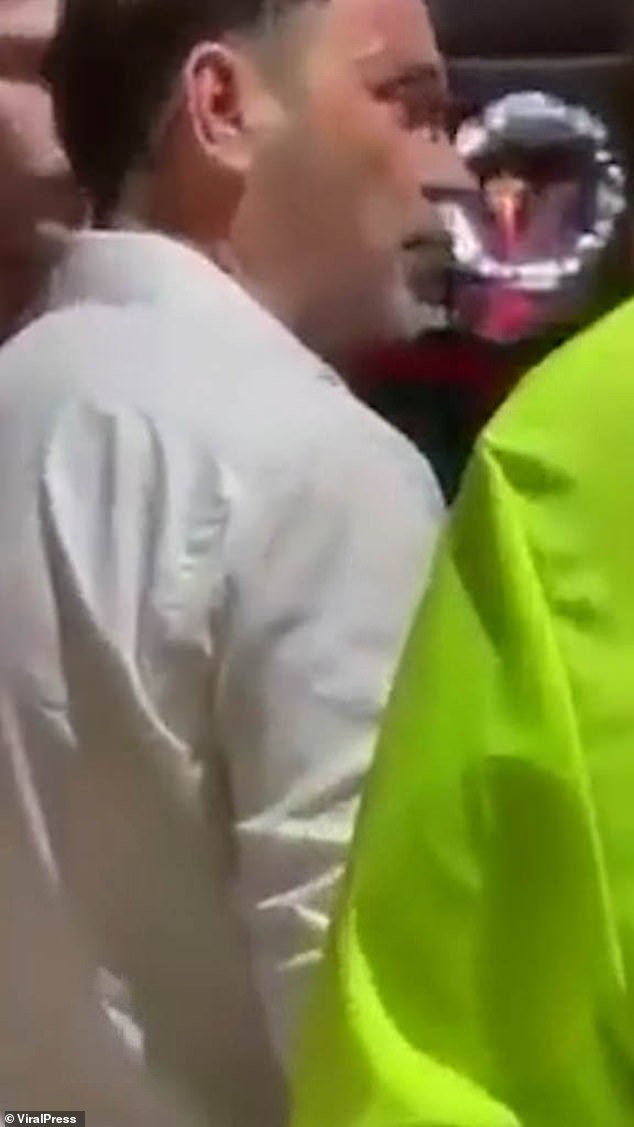 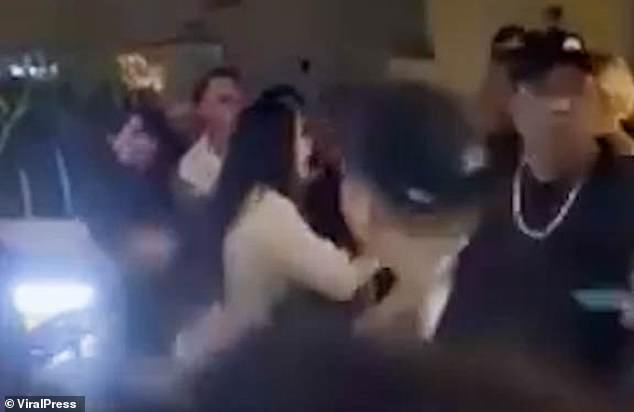 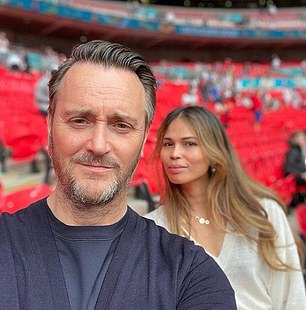 Atherton, whose wife is from the Philippines, met with Governor Gwendolyn who snapped a selfie showing his injuries which included a pair of black eyes.

The governor added that the ‘internationally acclaimed English chef’ did not deserve the treatment.

She said: ‘These guys were harassing Jason’s daughter, while she was waiting in line for the restroom. Jason asked them to apologise, as any father who loves his daughter would.

‘Tonight, I told Jason, ”I’m so sorry for what happened to you, Jason. I hope this will not change your fondness for Cebu.

‘He answered, ”Oh no! It could have happened anywhere in the world. In London or any other place”.

‘This gracious, gifted man certainly did not deserve the shameful treatment he received.’

Atherton sharpened his culinary skills under the tutelage of Gordon Ramsay from 2001-2010, before striking out on his own.

He launched his own venture called ‘The Social Company’ and has since cultivated a restaurant empire with establishments in London, New York, Dubai, Shanghai and The Philippines, with several of the restaurants earning Michelin stars. 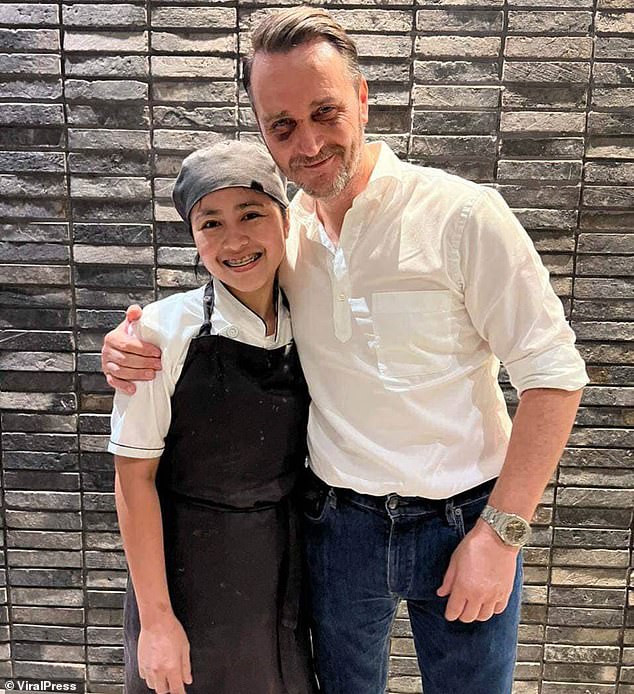 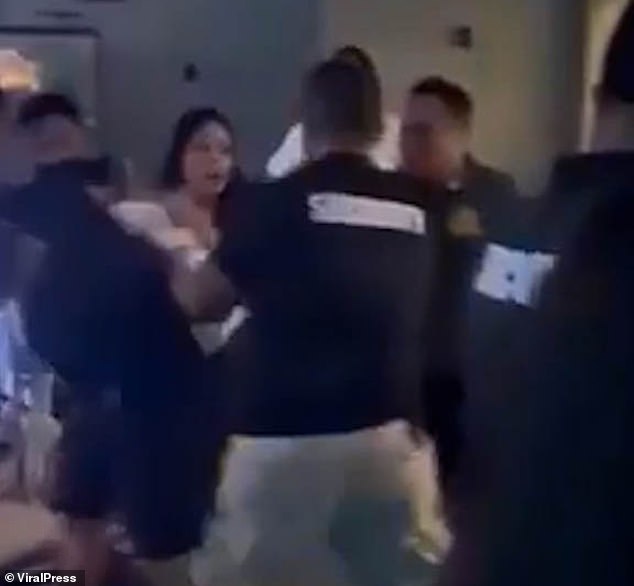 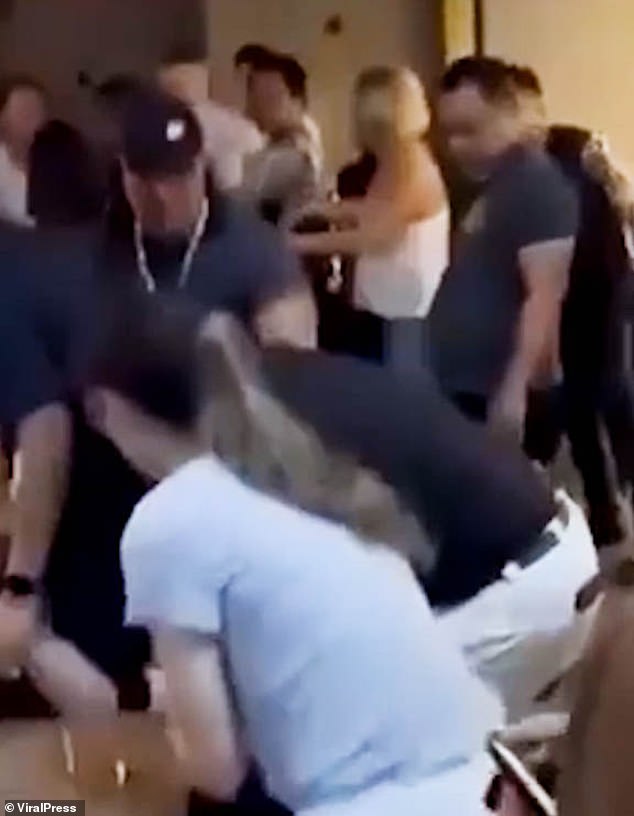 Clips of the brawl were circulated on social media

Following condemnation from Governor Garcia, the bar released a statement claiming their CCTV footage ‘showed it was Chef Atherton who initiated the attack against the other group’.

The statement said: ‘Security personnel noticed a commotion inside coming from certain customers that included Mr Atherton. A melee ensued and the natural reaction of security was to go between the parties to ensure that nobody got hurt and to pacify them.

‘The manager, who just had an eye operation, also went to ensure that security was on top of the situation. CCTV footage showed that it was Mr Atherton who initiated the attack against the other group.

‘Everything happened so fast but fortunately the people were eventually pacified. We were then informed that they went to the police and the district officials and settled everything among themselves. We were informed that the matter was closed.

‘While we try to ensure that everybody feels good in our establishments, we have no control over the actions of others. We deeply regret what happened to Mr Atherton and the other parties involved in the fracas.’

Cebu City Vice Mayor Raymond Alvin Garcia said in a speech on December 28: ‘This is disturbing, and it concerns not only the province of Cebu but most especially, the City of Cebu since it’s in our jurisdiction.

‘This representation feels that something has to be done about it not only as a public official but also as a father who also has a daughter.’

No formal complaints have reportedly been filed to police.