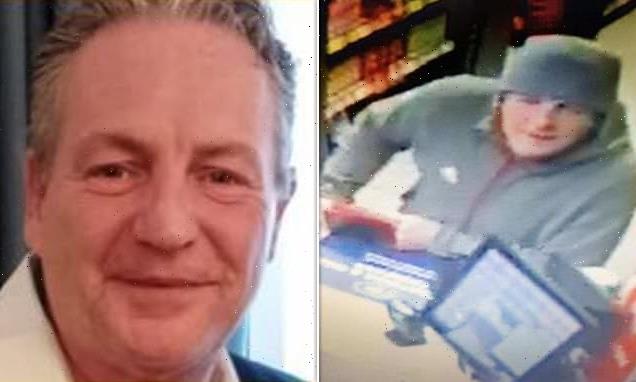 Police are searching for a 55-year-old man who has gone missing in Salford.

Manchester police have released CCTV pictures of the last sighting of the man as part of their search.

It follows an appeal issued by Greater Manchester Police to find Peter, whose surname has not been given.

In an update this afternoon, GMP said Peter was last seen near the Texaco on the A580 East Lancashire Road, in Mosley Common, at around 7.38pm on Wednesday. 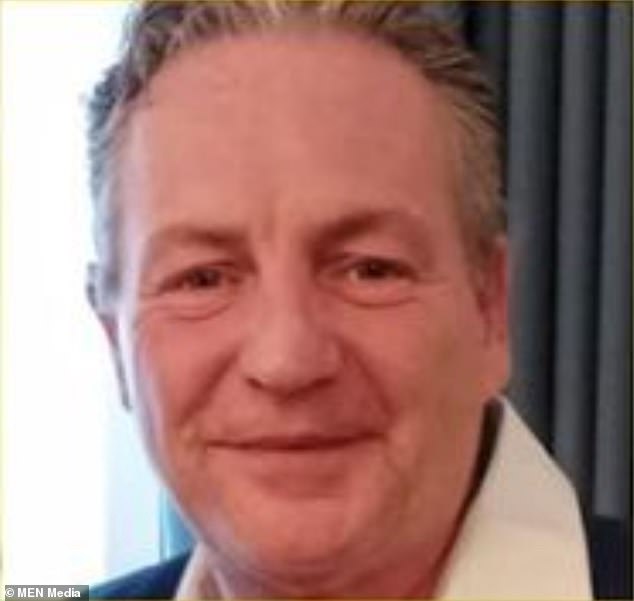 Manchester police are searching for a 55-year-old after he was last seen at a petrol garage on Wednesday. The man is named Peter, but police have not provided his surname 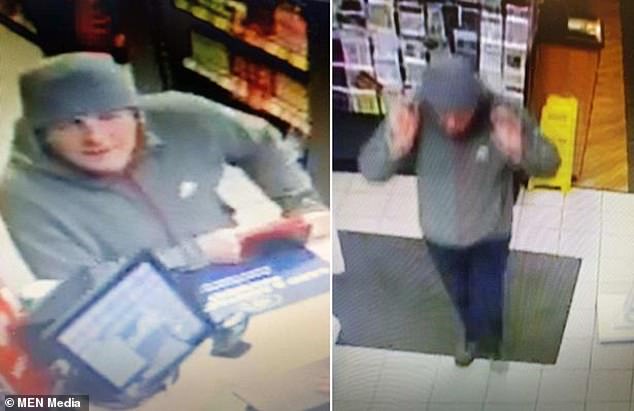 CCTV footage release by Greater Manchester Police shows Peter who was last seen near the Texaco on the A580 East Lancashire Road, in Mosley Common, at around 7.38pm on Wednesday

In a post shared on Twitter, the force shared CCTV images of Peter in the store, shown to be wearing a beanie hat, grey jacket and grey joggers.

They said: ‘The last confirmed sighting of Peter occurred at 19:38pm on Wednesday night (December 28, 2022), at the Texaco garage on East Lancashire Road in Mosely Common.

‘Below are CCTV images of the last confirmed sighting of Peter. He may no longer be wearing the beanie hat.’

Earlier today specialist officers were among those in attendance near to the Bridgewater Canal in Boothstown, Salford.

Officers were seen searching the canal, near Moss House Lane, this morning. Their search appeared to switch to woodland nearby, including the football pitches used by Boothstown Football Club, in the afternoon.

GMP says it is also conducting searches for Peter in nearby Astley, Wigan. 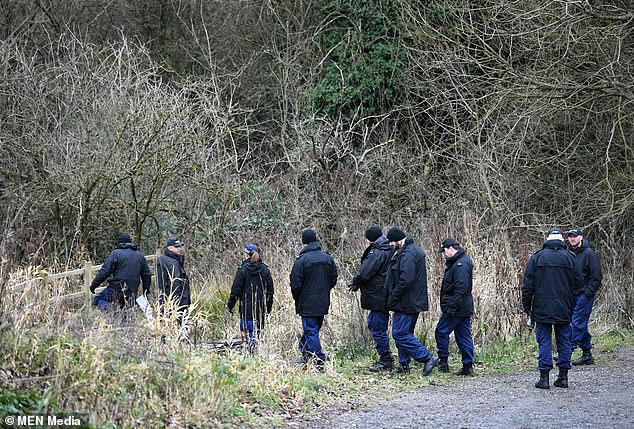 A spokesperson for the force said: ‘GMP and specialist officers are currently conducting a thorough search of a section of the Bridgewater Canal and surrounding wooded areas, around the Boothstown and Astley areas. This is due to information received regarding a missing local man, Peter.’

The 55-year-old is described as being a white male who is around 5ft 6in tall, with short grey hair on the side and longer on top.

Peter was last seen wearing a grey jacket, grey beanie, grey tracksuit bottoms and trainers. He has a tattoo on the left side of his neck which says ‘Michelle’, police have said.

Anyone with information about Peter’s whereabouts should contact police on 0161 856 7857 or www.gmp.police.uk.