The central government sent three letters to the pro-independence Catalan administration this week warning that the regional police had failed to ensure basic security during recent protests, which paralysed several highways for hours with impunity. 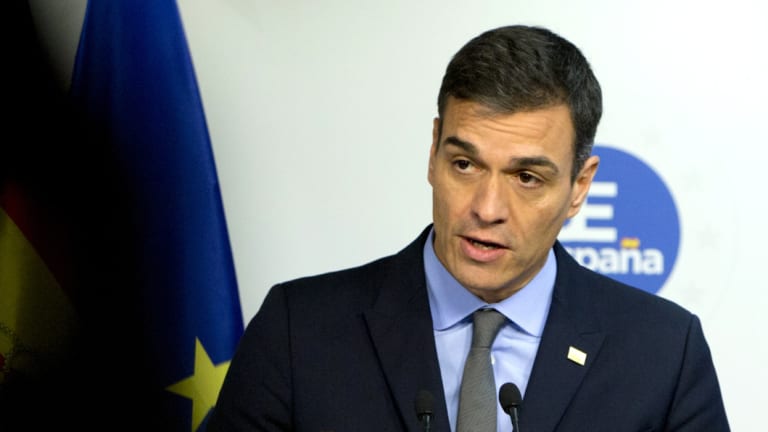 Sanchez said on Wednesday he would send as many national police as are necessary to Catalonia to ensure order is upheld.

"In recent days we have heard rhetoric from some independence movement leaders that is inflammatory and unacceptable," Sanchez said in an address to parliament.

"The government will not accept any lapse in the functions of those entrusted with public order in Catalonia." 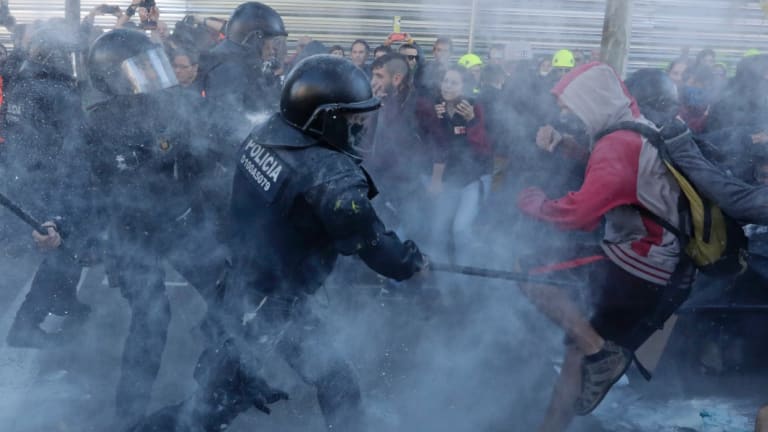 Police charge against protesters during a demonstration by the Committees for the pro-independence Defence of the Republic in Barcelona, Spain in November. Credit:AP

Sanchez has been trying to ease tensions between Madrid and Barcelona since relying on the support of Catalan separatists to come to power in June. As part of the bridge-building exercise, Sanchez said he will stick to his plan to hold a cabinet meeting in Barcelona next week, when his ministers will approve an increase in the monthly minimum wage to €900 ($1416).

Catalan pressure on the central government is likely to escalate ahead of a trial in early 2019 of the leaders of last year's push for independence. Two of the accused, among seven separatist leaders being held on remand, started a hunger strike December 1.

Meanwhile, Sanchez's Socialist party suffered an upset in this month's Andalusian regional elections, in what many pundits said was a voter backlash to his rapprochement with the separatists that would provoke the premier to be tougher on the independence movement.

His Socialist colleagues are set to be forced from power in Seville for the first time in 36 years while nationalist, anti-separatist group Vox achieved a breakthrough result, clinching 11 per cent of the votes.

"There is a change of attitude by the Spanish government regarding Catalonia," Catalan government spokeswoman Elsa Artadi said Tuesday. "It may be to do with the recent electoral results."

The regional government claims Catalan officials in jail are political prisoners and has demanded Madrid release them.

The Sanchez administration says they are facing criminal charges and only judges have power to set them free. The cabinet meeting next week is expected to attract a large gathering of pro-independence protesters.

Spain will meet any unconstitutional act by the independence movement with "a firm but serene, proportionate and robust" response, Sanchez said.

A second point of contention is Spain's 2019 budget. Sanchez still needs support from the Catalan separatists to get the bill through Spain's fragmented national parliament.

Both parties in the regional government backed him in June when he threw out his predecessor, Mariano Rajoy, with a no-confidence vote. But they've refused to back his spending plans while the movement's leaders remain in jail.