BARCELONA (Reuters) – Catalan separatists blocked roads and rallied in their thousands on Friday as Spanish Prime Minister Pedro Sanchez brought a cabinet meeting to regional capital Barcelona in both a show of central power and attempt at negotiation.

Supporters of secession, in the wealthy northeastern region of 7.5 million people, sat on highways from before dawn, setting up barricades of tires and refuse.

Joan Toll, a 44-year-old chemist demonstrating with friends, said there was frustration at lack of progress toward independence after a referendum and self-declaration in 2017.

“If you think about what has happened in the last year, we have achieved nothing. We are only being repressed more,” he said. “No wants to see violence but people are getting tired.”

Socialist leader Sanchez’s decision to convene his cabinet in Barcelona for the first time since the crisis began underlined Madrid’s opposition to full independence.

But it was also part of a strategy to secure the survival of his minority government with the aid of Catalonian pro-independence parties by offering them some more autonomy.

On Thursday, he met Catalonia’s pro-independence regional government head Quim Torra. The pair agreed to a deeper dialogue despite their “notable differences.” 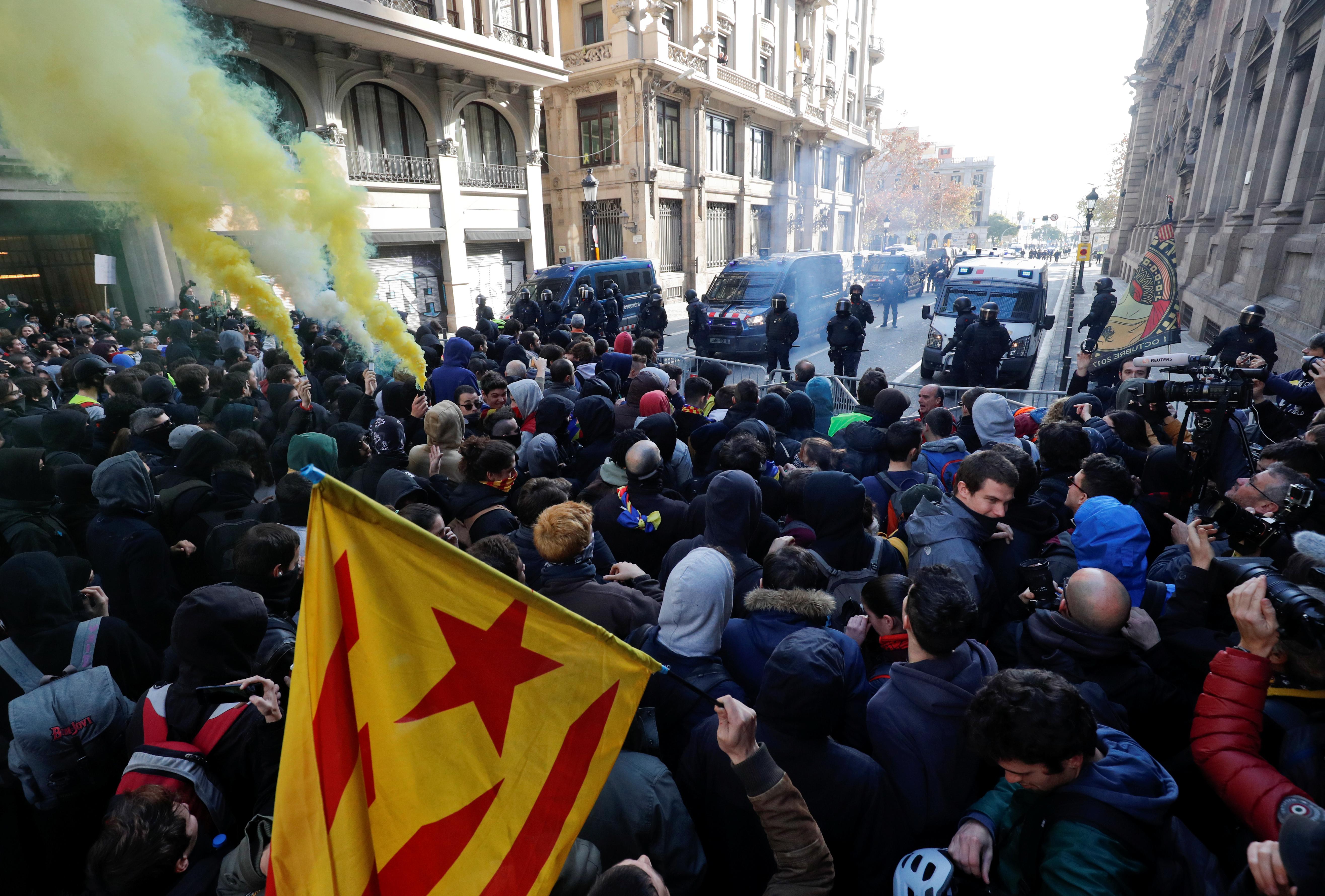 Some set off flares, and there were scuffles between police and masked youths.

The protests were patrolled by Catalonia’s local police force, unlike last year’s illegal referendum when national officers’ use of batons and rubber bullets caused an outcry.

Sanchez was set on Friday to decree a 22 percent rise in the national minimum wage that will take Spain’s from among Europe’s lowest to one of the highest.

It is one of the few policy levers his government has at its disposal given their lack of a majority.

In a symbolic gesture, the government was also to approve the renaming of Barcelona airport, one of the busiest in Europe, after Josep Tarradellas – the first regional president of Catalonia when Spain entered democracy in the late 1970s.

The Socialists control fewer than a quarter of seats in the Madrid parliament and need the support of smaller parties, including Catalan nationalists, to pass legislation. 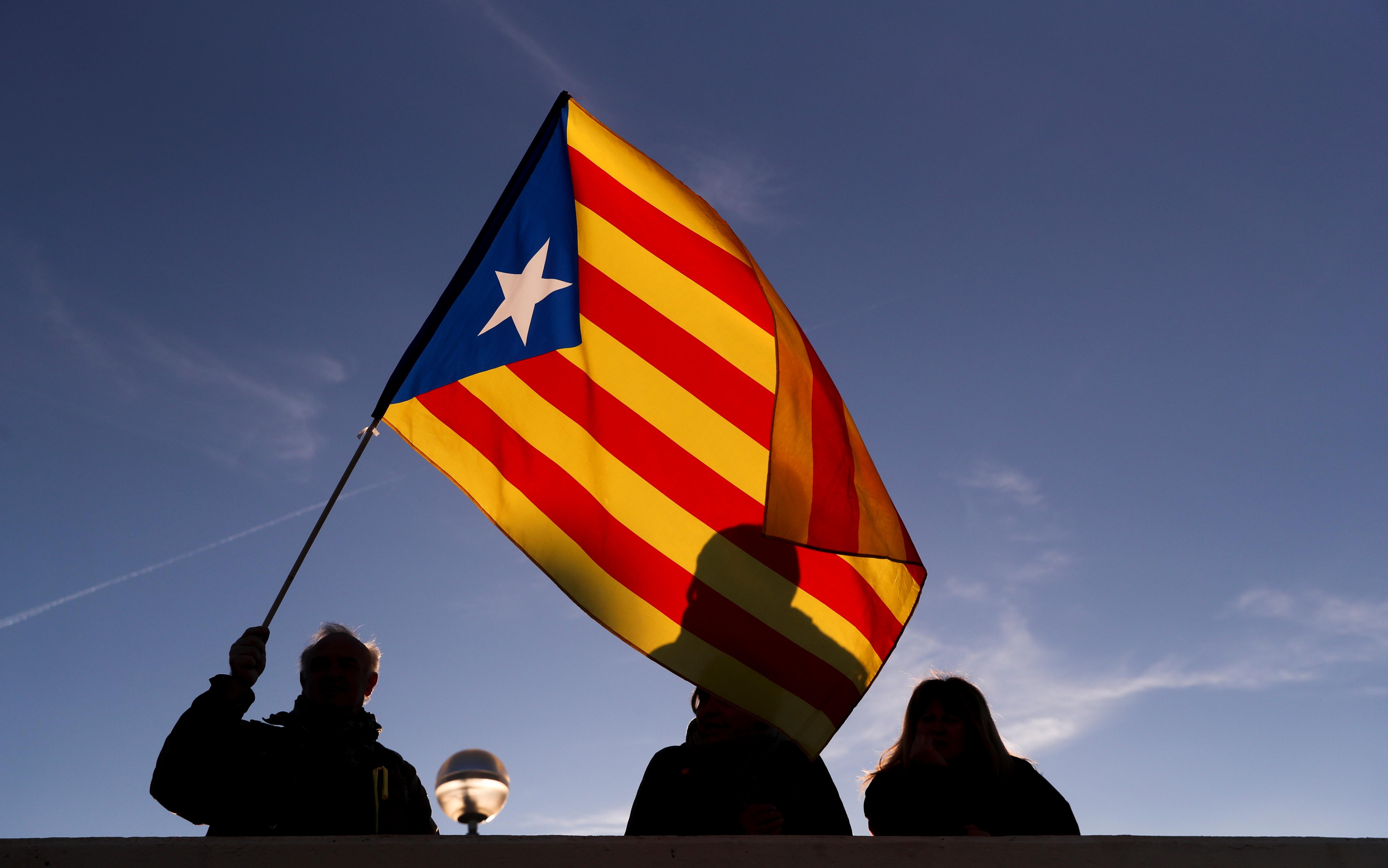 Four jailed Catalan leaders ended a hunger strike on the eve of Sanchez’s visit and their party vowed to back his broad plan for the national budget in 2019 and 2020, currently blocked.

Failure to approve that could topple the government, raising the possibility of a right-of-center government with stronger centralist preferences coming to power – a risk some Catalan politicians would prefer to avoid.