Cars, taxis and vans are the biggest source of pollution in the UK, with Britons clocking up a record 502 BILLION miles on the road

Vehicle numbers have continued to increase and drivers have clocked up the highest number of miles on record.

Despite moves to cut down on car use in urban areas and increase low-emission vehicles, government figures show that road use is at an all-time high. 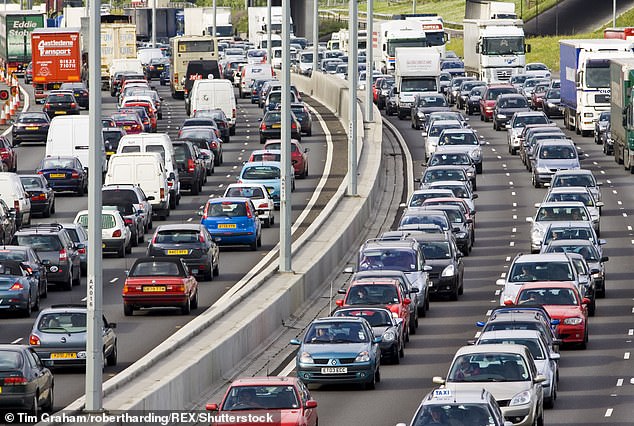 Campaigners said yesterday that the lack of progress to link up different methods of travel, and so cut pollution, was ‘lamentable’.

The Transport Statistics Great Britain report, produced for the Department for Transport, shows that UK travellers clocked up 502billion miles in 2017.

Their journeys in cars, taxis and vans made up 83 per cent of the total, and they travelled 416.3billion miles last year compared with 413.8billion in 2016.

Around 27 per cent of journeys were made by commuters, with some 40 per cent for leisure activities, the figures showed.

Low emission vehicles, such as electric and hybrid cars, made up 1.7 per cent of newly registered vehicles.

Critics questioned whether the Government was doing enough to stimulate environmentally friendly travel. 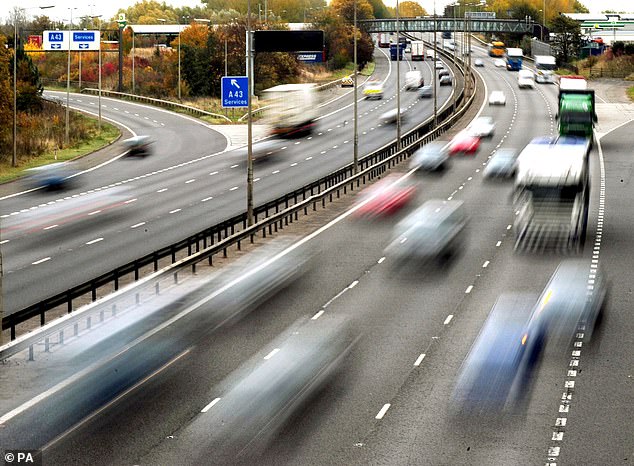 Around 27 per cent of journeys were made by commuters, with some 40 per cent for leisure activities

Edmund King, president of the AA, said the statistics proved that ‘the car is king’ in the UK. He said: ‘That is not a triumph of motoring but a reflection of reality: flexible, cost-effective, personal and safe.

‘It is lamentable that for all the pontificating about the sins of driving, the alternatives continue to fail to evolve.

‘For years, the AA has called for ‘joined-up thinking’ that combines the benefits of car use with public transport hubs offering inner city travel at the right place, at the right price.

‘It can be done, as Cambridge has shown with a park and ride service that now transports 4.1million passengers a year, helping to reduce average journey times into the city.

‘Sadly, too many councils seem more keen on the money they can get out of motorists than coming up with viable alternatives that fit in with daily routines.’

The Department for Transport said: ‘We are investing a record £23billion on our roads to reduce congestion and make journeys better for motorists.

‘We are giving councils record amounts of capital funding – more than £7.1billion up to 2021. We will also be spending £28.8billion between 2020 and 2025 to improve England’s most strategically important roads.