Candy Couser, 69, who has worked at the center for five years, had her arm broken in three places when she was feeding Kimba the tiger. 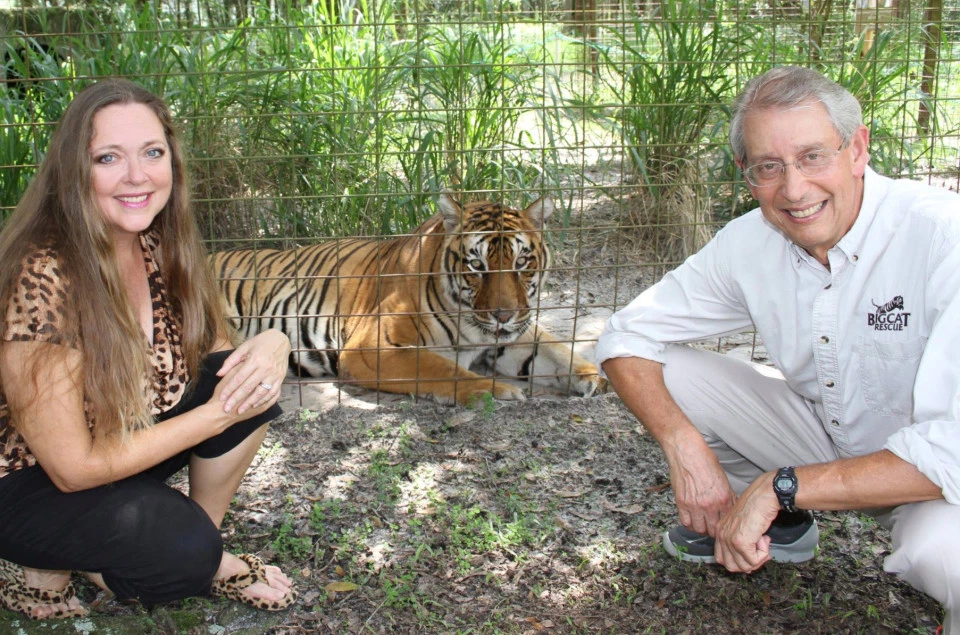 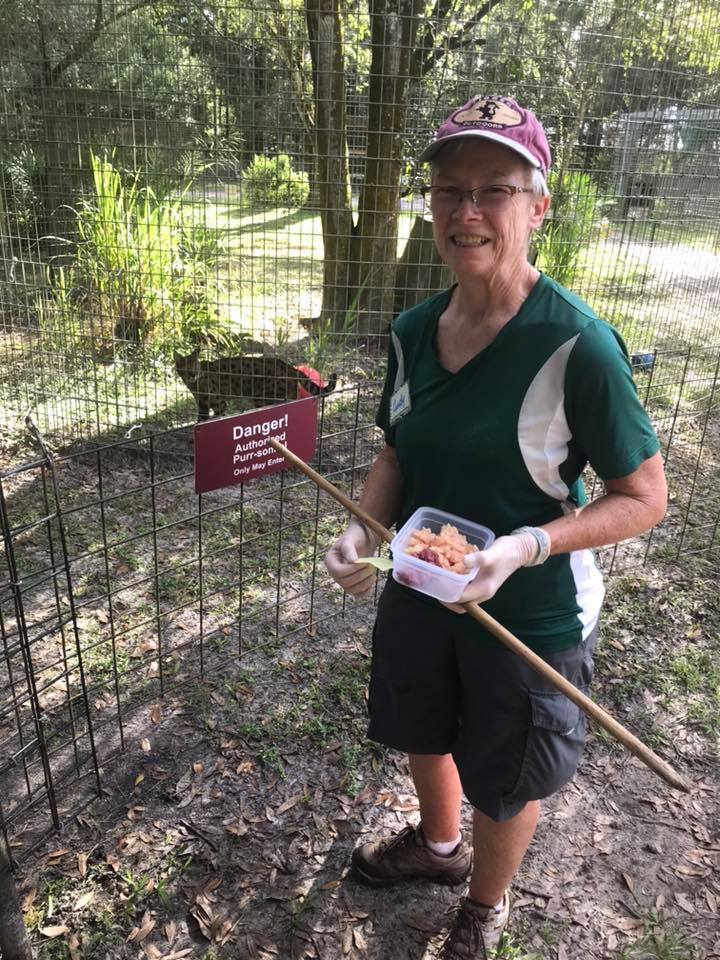 The volunteer's husband said that his wife is expected to go into surgery soon.

Couser is said to be conscious but sedated and has also badly damaged her shoulder.

However, Big Cat Rescue owner Baskin has said that the incident was also traumatic for the tiger in question.

Baskin, 59, told The Sun: "Kimba was pretty rattled yesterday by all of the commotion and he's already a very fearful cat having come from a circus. 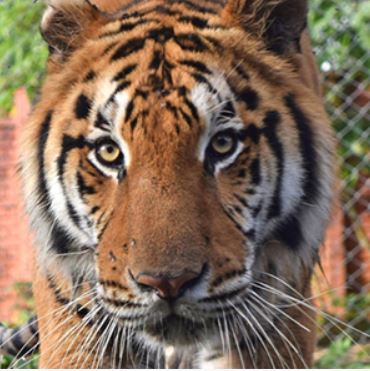 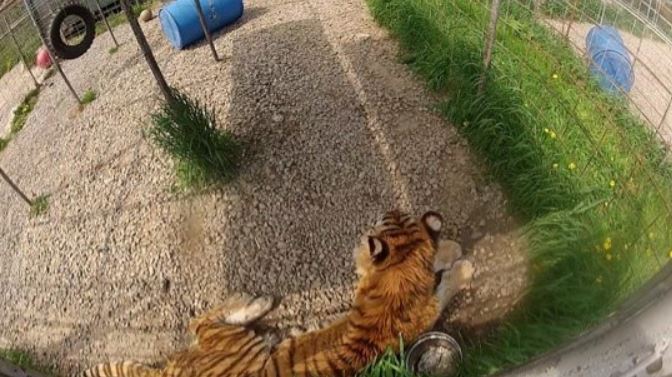 "His quarantine will be in his same cage, but with a select few keepers assigned to him and his own designated cleaning tools for the next 30 days.

"We were in the process of installing 46 more live cameras, with a couple being designated to be in his cage that had been clipped shut to prevent him from getting too close to the trenching work just outside the cage on that side, so hopefully they will be operational soon."

According to the organization, Couser was feeding Kimba when she realized the tiger was locked in a section that was away from where the animal is usually fed.

"She opened a guillotine tunnel door at one end of the tunnel, and when she went to raise the second door she saw it was clipped shut," the organization said. 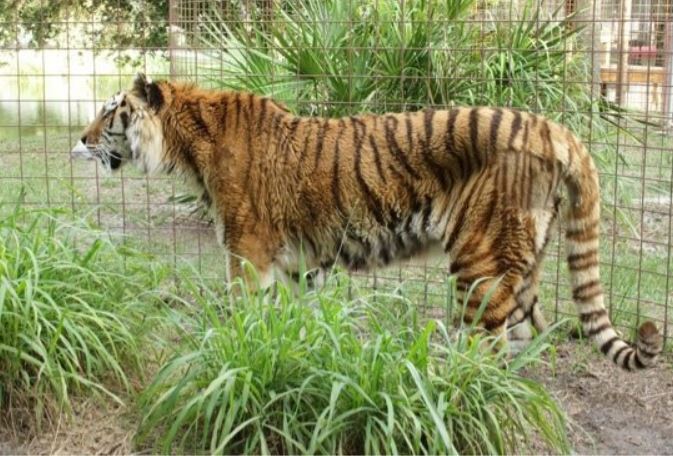 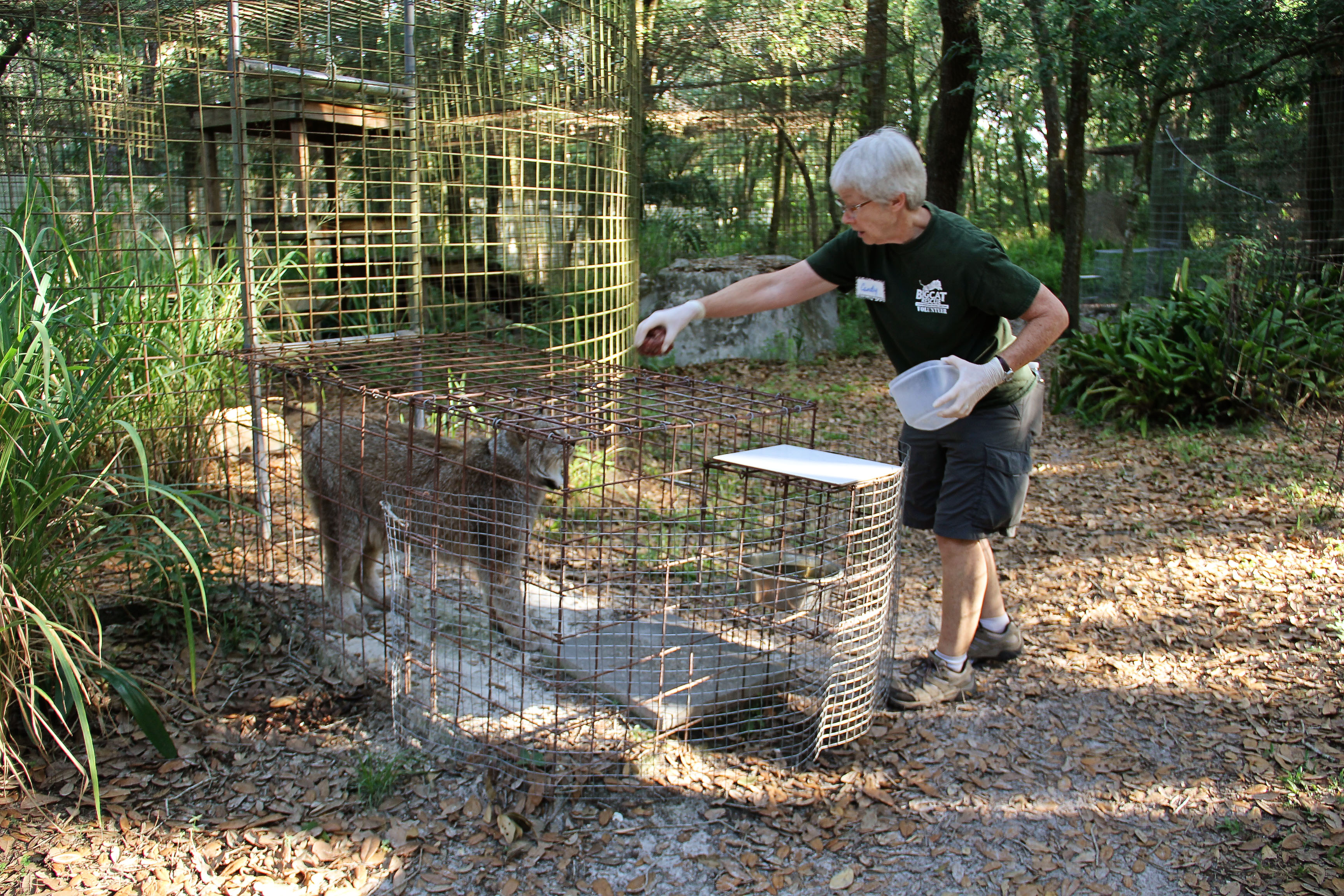 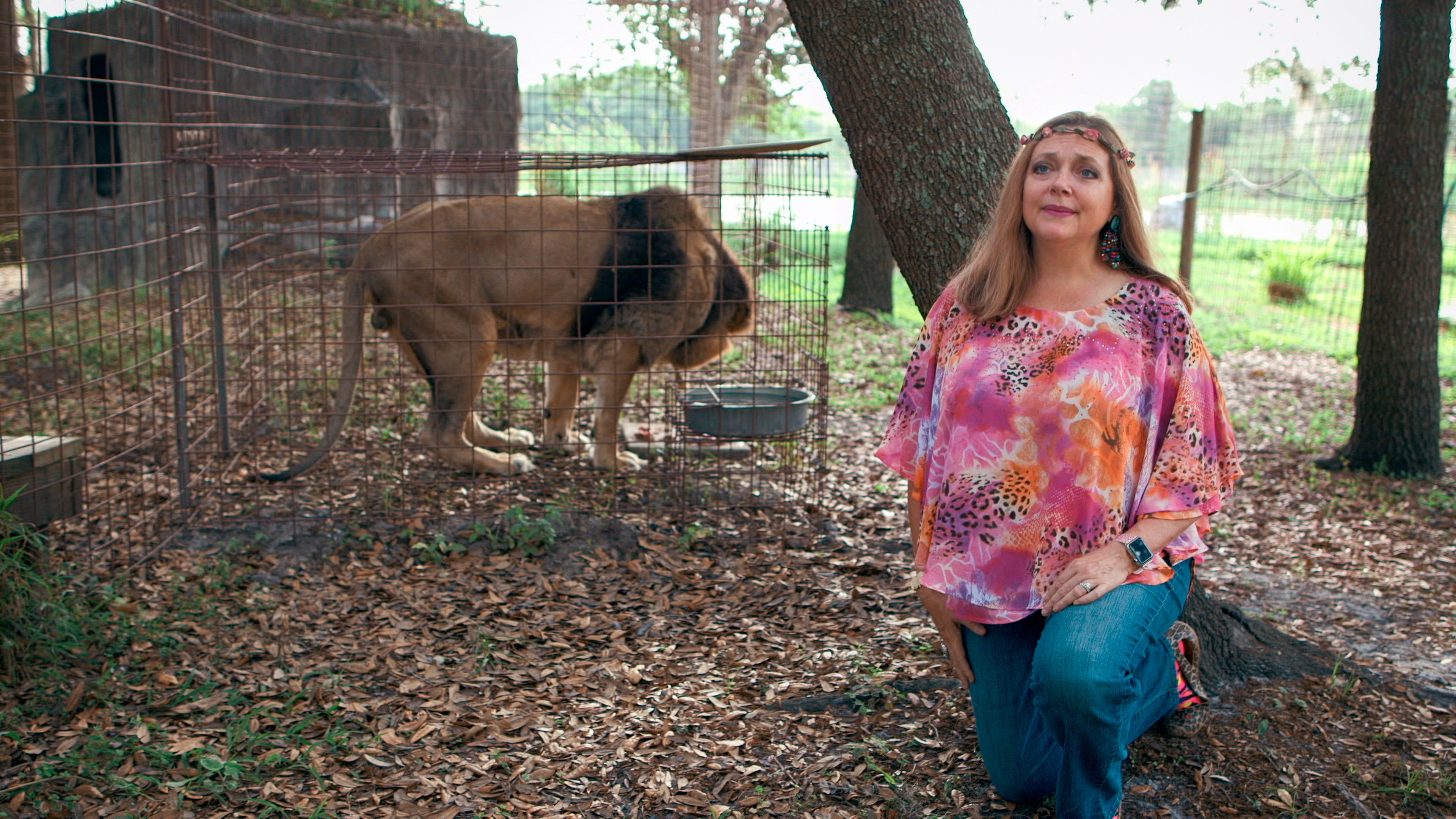 "Kimba grabbed her arm and nearly tore it off at the shoulder."

Baskin said she heard Couser yelling, "he's got my arm," and when the Tiger King star ran over she "saw him [Kimba] with her arm in his mouth."

Another volunteer said they saw Couser's arm was "detached at the shoulder."

"I could see that the arm was detached at the shoulder. That it's barely hanging on by a little bit of skin underneath," a volunteer said.

Couser was treated at the scene and taken to a nearby hospital, her injuries are not life-threatening. 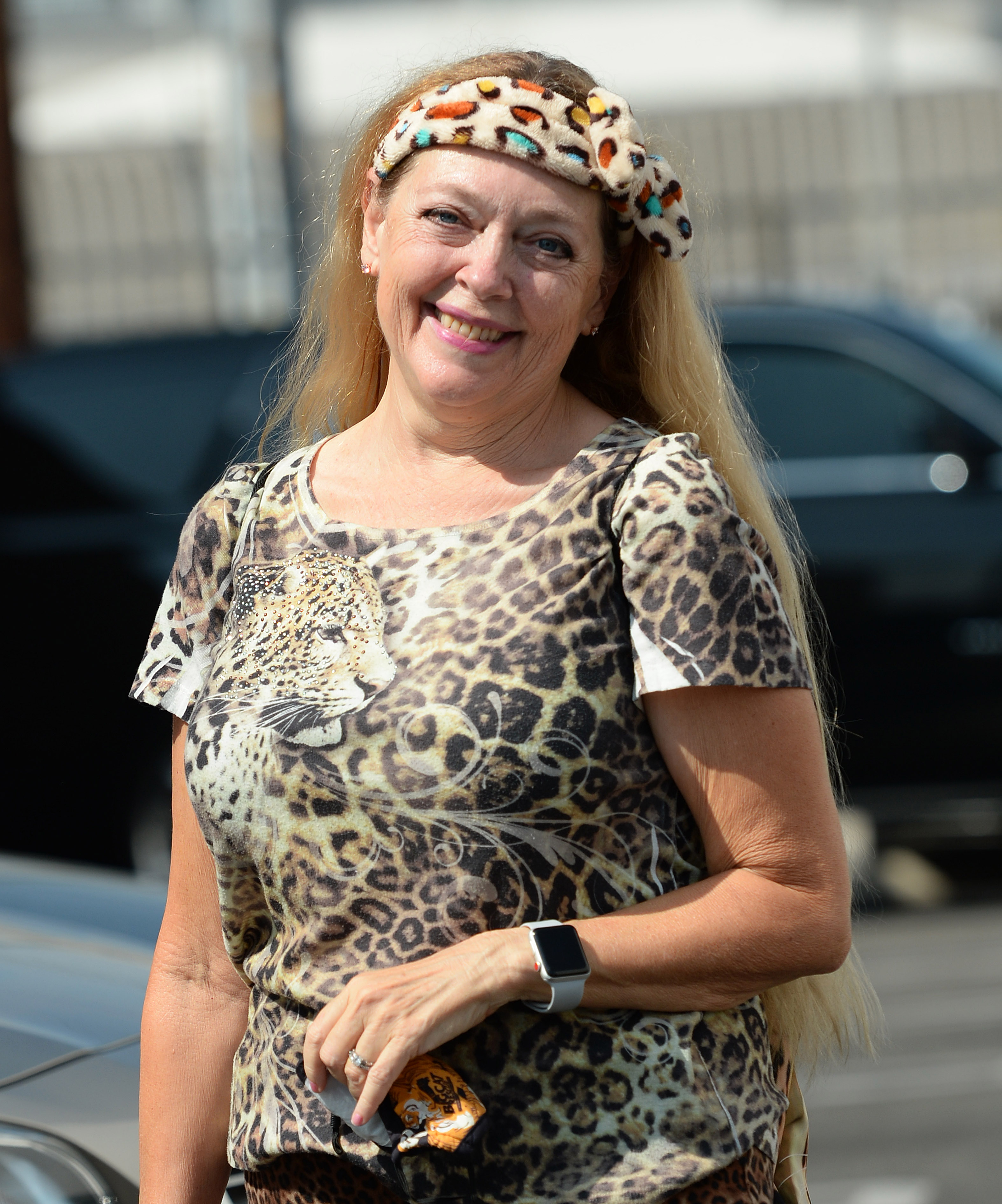 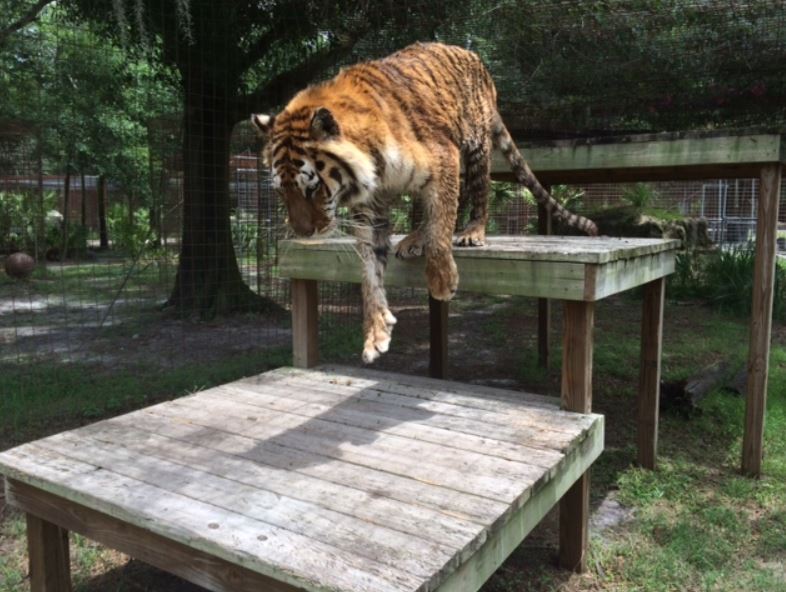 In an update, the Rescue said that it is their "understanding" that the CDC would "demand" the tiger that attacked Couser be killed, but said it's unlikely to happen.

"While it's our understanding that the CDC could demand he be killed and tested for rabies, that's unlikely given the fact that he's vaccinated and Candy does not want him to be killed for doing what comes naturally."

On Thursday, the Rescue said that the volunteer "insisted that she did not want Kimba Tiger to come to any harm for this mistake."

During an interview with British talk-show Loose Women, Baskin said that "it looks like they were able to save her arm."

"I hope to get an update from her husband today, but as you can imagine, with Covid, we can't visit her, only one person can go in and that's him," she said.

"So we are really relying on him to keep her up to date with her recovery."