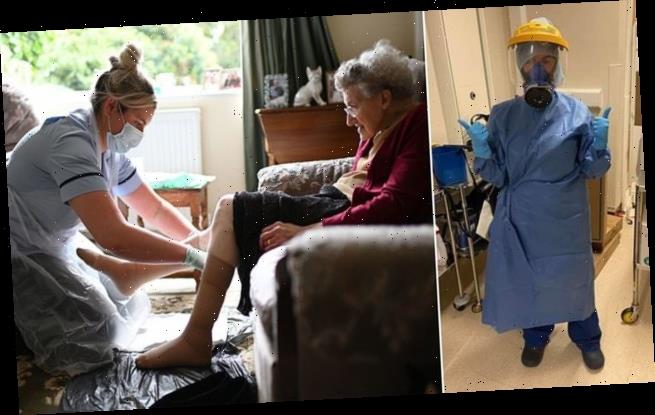 Care home staff were left without PPE during the first wave of Covid-19 as the government prioritised the NHS, MPs have said.

The committee said care homes were only taken seriously after the high mortality rates became apparent. 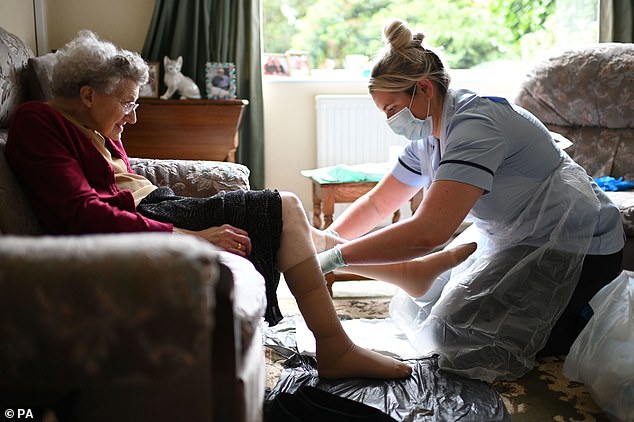 Care homes had to cope with just 10% of the required PPE during the first months of the pandemic, while hospitals received 80%

Overall, the committee said frontline staff in both health and social care experienced shortages of PPE, with some forced to reuse single-use items as stocks ran ‘perilously low’.

Surveys by staff organisations found at least 30% of care workers, doctors and nurses reported having insufficient PPE – even in high-risk settings.

‘Many workers at the front line in health and social care were put in the appalling situation of having to care for people with Covid-19 or suspected Covid-19 without sufficient PPE to protect themselves from infection,’ it said.

Concern over shortages of PPE was a marked feature of the early phase of the pandemic as countries around the world scrambled for scarce supplies as the disease erupted across the globe.

The committee said the situation was particularly acute in the social care sector, which did not receive ‘anywhere near enough’ to meet its needs.

Between March and July 2020, the Department of Health and Care provided NHS trusts with 1.9 billion items of PPE – the equivalent to 80% of their estimated need.

In contrast, it supplied the adult social care sector with 331 million items – accounting for just 10% of its requirements.

At the same time, about 25,000 patients were discharged to care homes from hospitals without being tested for Covid-19, even after it became clear people could transmit the virus without having any symptoms.

‘This contributed significantly to the deaths in care homes during the first wave. Social care was only taken seriously after the high mortality rate in care homes became apparent,’ the committee said. 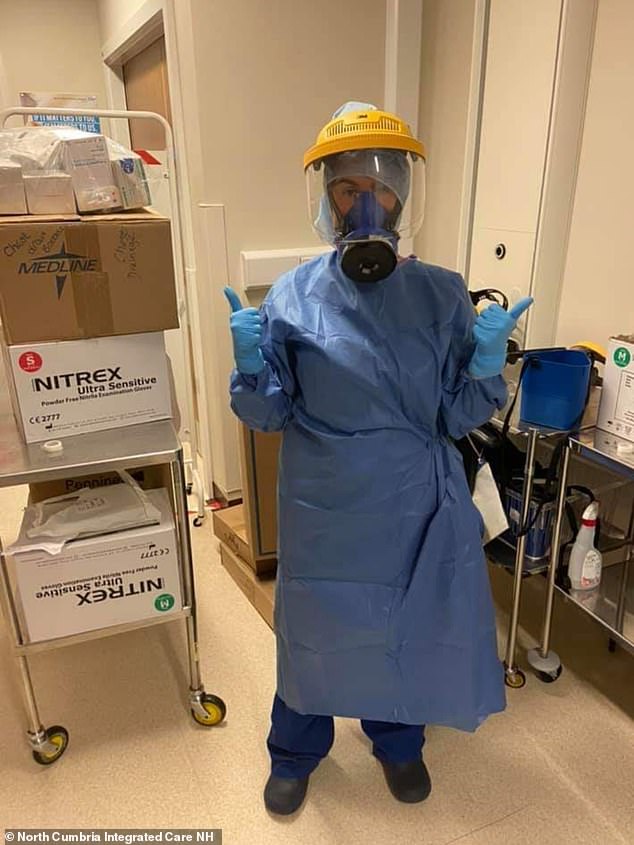 Overall, the committee said frontline staff in both health and social care experienced shortages of PPE, with some forced to reuse single-use items as stocks ran ‘perilously low’

At the start of the outbreak, the committee said the Government had believed it was well placed to cope as it had a stockpile of PPE – but these were only intended for a flu pandemic and proved ‘inadequate’ for the demands of coronavirus.

Between February and July, the DHSC spent more than £12 billion on 32 billion items of PPE as it tried to make good the shortfall – and in the process ‘wasted’ hundreds of millions of pounds of taxpayers’ money on kit which proved unusable.

Staff reported receiving face masks with rotten elastic, goggles had to be recalled as unsafe and, in one case, a box of surgical gowns which was infested with insects.

The committee echoed criticisms made by the NAO over the lack of transparency around the procurement process.

In particular, it pointed to concerns over the so-called ‘high priority lane’ where orders were placed with companies on the basis of recommendations from MPs or other prominent figures rather than those with expertise in the field.

‘Leads that were considered more credible were those from government officials, ministers’ offices, MPs and members of the House of Lords, but it is not clear why this assumption was made,’ it said.

The committee chair Meg Hillier said: ‘Government had permission to procure equipment at pace and without tendering under the law, but acting fast did not give it license to rip up recordkeeping on decisions.

‘Frontline workers were left without adequate supplies, risking their own and their families’ lives to provide treatment and care.

‘The Government needs to acknowledge the errors and be better prepared.’