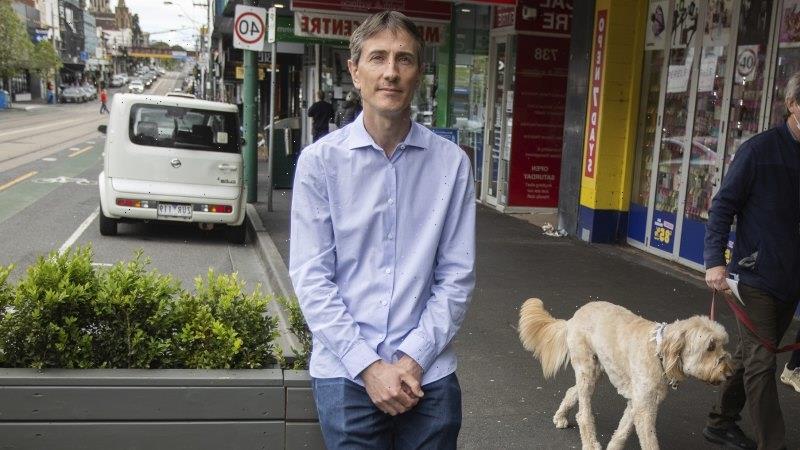 Parked cars take up more than one-fifth of our shopping strips and planners from RMIT and Monash University say the land should be permanently handed to Melbourne pedestrians and on-street diners.

A working paper on streetscapes and road users – which found cars took up more than their fair share of space – comes as local governments prepare to support dining “parklets” on top of parking spaces once outdoor trading resumes this month as part of the COVID-19 recovery. 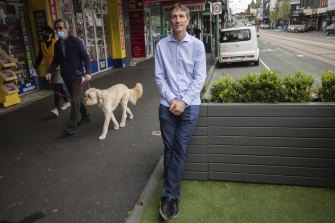 The Victorian government has all but promised extra funding for local governments after battering Yarra City Council for its decision to start charging bars and restaurants to use parklets from April next year, initially with a discount.

By October 2022, traders on bustling streets such as Smith and Brunswick will be charged $5000 a year per parking bay. Most of the traders, on suburban streets, will be charged the lower rate of $2250 per bay from next October.

Responding to weeks of criticism, Greens mayor Gabrielle de Vietri asked for a new round of financial support in a letter to Andrews government ministers last week.

“I ask you now to please enable Yarra to continue to support our local businesses and our community with a modest grant of at least $1 million which will be directly passed on to parklet owners in the form of a subsidy to support their continuing recovery,” Cr de Vietri said. 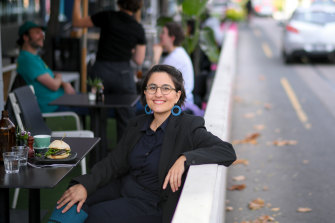 Yarra mayor Gabrielle de Vietri at the Archie’s cafe parklet on Gertrude Street in May this year.Credit:Eddie Jim

“Only with state government support can Yarra continue to meet the expectations to subsidise outdoor dining.”

Yarra councillors will on Tuesday vote on whether to reconsider the fee structure, at least until funding from the state government becomes clear, under a motion from independent socialist Stephen Jolly.

Neighbouring councils are also expected to introduce fees once capacity restrictions on indoor trading have significantly eased, with parklets to remain even beyond the pandemic.

Chris De Gruyter, lead researcher of the working paper Street Space Allocation and Use in Melbourne’s Activity Centres, said on-street parking should be converted where suitable because parked cars were the least efficient use of shopping strips.

Surveying 56 locations in Melbourne at the end of last year, researchers said there was an undersupply of space for pedestrians. On average, pedestrians made up 56 per cent of all road users but were allocated just 32.2 per cent of the streetscape.

Parked cars accounted for only 12.8 per cent of road users but took up 21 per cent of street space, while general traffic (cars, motorcycles, trucks and cyclists) were 18.4 per cent of the street population but used 29.1 per cent of space.

The figures were more stark in some places. At the Puckle Street shops in Moonee Ponds, pedestrians accounted for more than 80 per cent of road users but had just 35 per cent of the streetscape.

Melbourne City Council has already committed to extending footpaths and discouraging motorists in parts of the CBD.

Dr De Gruyter said there was no blanket solution and changes would not suit every location, but the way we use our streets should be shaken up and parklets would still provide more walking space for pedestrians than a parked car.

“It still gives more room to walk through. It gives more of a buffer from traffic, which is a nicer feeling as a pedestrian walking through a safer environment and more pleasant environment,” said Dr De Gruyter, from the RMIT Centre for Urban Research.

He said it was “incredible” to see space normally, and often unnecessarily, reserved for parked cars being reallocated since the pandemic hit.

A state government spokeswoman said councils should encourage hospitality businesses to operate in a COVID-safe way.

”Opening up our streets and community spaces will be of enormous benefit to both businesses and councils, and we will have more to say on our plans for the outdoor economy soon.”