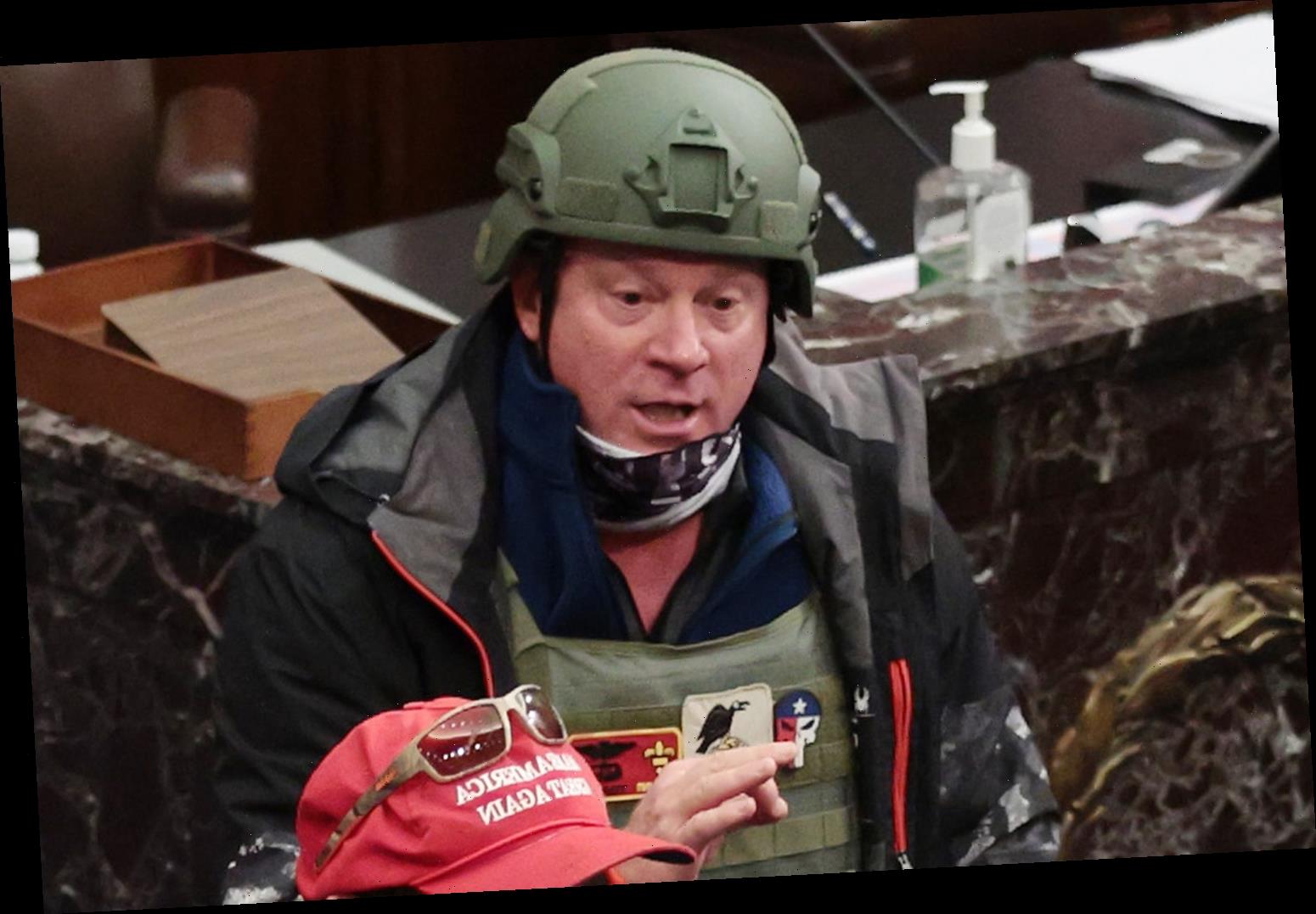 After his ex-wife turned him in, a Texas man has been arrested for participating in last Wednesday's riot at the Capitol, during which five people died including a police officer.

According to NBC 5 in Dallas, the 53-year-old Brock surrendered to FBI agents on Sunday after he agreed to meet them at the police department in Grapevine, Texas.

Brock's arrest affidavit alleges that more than one person turned in Brock after recognizing him in the news footage, but his ex-wife of 18 years was one of the people who reported him to the FBI.

"I just know that when I saw this was happening, I was afraid he would be there," Brock's ex-wife allegedly told the FBI, according to the affidavit. "I think you already know he was there. It is such a good picture and I recognize his patch." (Brock is wearing numerous patches on his chest.)

Another person reported Brock after saying that he recognized his distinctive tattoos.

"It looks like him and he has pilot wings on his chest in this picture," the witness said in the affidavit. "He was an A-lO pilot. Worked at L3" — an aerospace and defense company — "and he still has contacts that work with L3 that knew he was flying to Washington DC."

Brock confirmed to the The New Yorker last Saturday that the pictures from the Senate chamber were of him. He was wearing a green helmet and body armor in the photos.

In an interview with the magazine, Brock emphasized that he believed that there had been significant election fraud — despite the repeated failure of Trump's legal team to show any evidence of this.

"The President asked for his supporters to be there to attend," Brock told the magazine. "I felt like it was important, because of how much I love this country, to actually be there."

Although he was allegedly carrying zip-tie handcuffs, Brock told The New Yorker that he had found them on the ground.

"I wish I had not picked those up," he told the outlet. "My thought process there was I would pick them up and give them to an officer when I see one. I didn't do that because I had put them in my coat, and I honestly forgot about them."

Brock has not yet entered a plea, and court records do not reflect an attorney authorized to speak on his behalf.