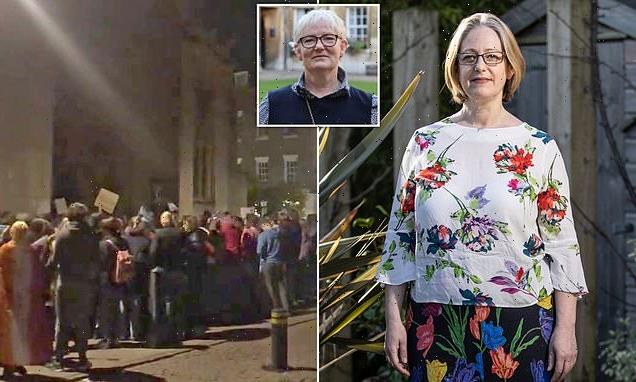 Cambridge donors have pulled their funding after a college master boycotted a panel discussion with a ‘gender-critical feminist’, whose views she described as ‘offensive, insulting and hateful’.

Some Cambridge alumni are threatening to stop donating to Gonville and Caius and have said they will urge their children not to attend the university after the college became embroiled in a free speech row, the Telegraph has reported.

It came after the head of the college Professor Pippa Rogerson and senior tutor Dr Andrew Spencer wrote to students telling them they would be avoiding a debate on gender ideology that was being attended by Helen Joyce.

The debate, hosted by professor of philosophy Arif Ahmed, sparked outrage among students, some of whom accused Dr Joyce of being a Terf (trans exclusionary radical feminist). Around a hundred protested outside the talk chanting ‘trans rights are human rights’.

It was also condemned by the student union, who argued that the event would do nothing but ‘contribute to the further alienation of trans students, to whom the university has a duty of care’.

But it was the intervention of Prof Rogerson and Dr Spencer, who described Ms Joyce’s views as ‘offensive, insulting and hateful to members of our community who live and work here’, that has left some Cambridge donors feeling ’embarrassed, appalled and absolutely disgusted’. 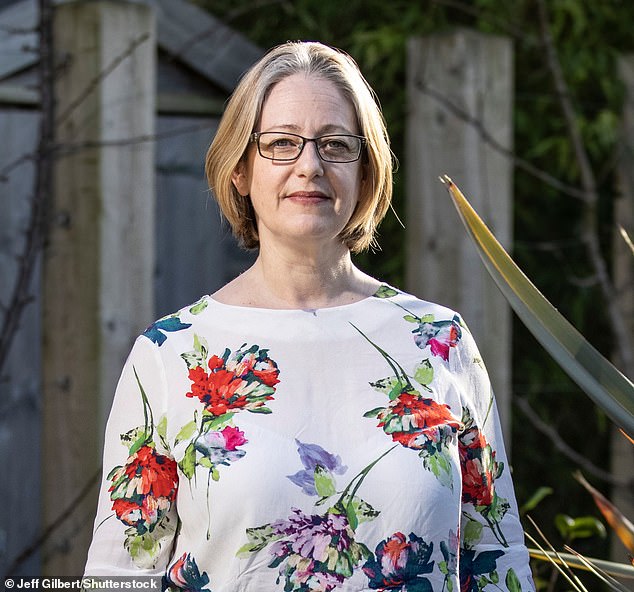 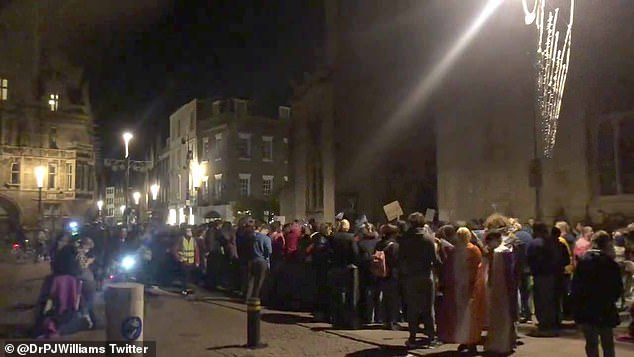 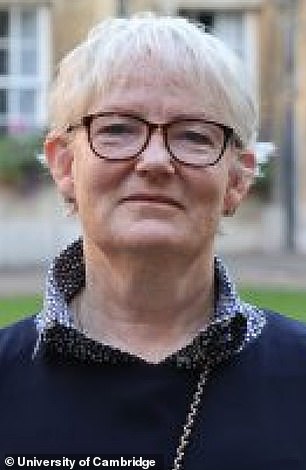 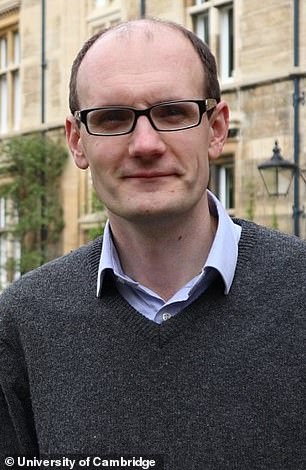 One alumnus, Nick Sallnow-Smith, 72, who graduated from Gonville and Caius in 1973, told the Telegraph: ‘With people like that in charge I will never donate again.’

But Prof Rogerson has stuck by her words, telling alumni: ‘We expressed our personal opinions – as is our right.’

She acknowledged that there were ‘difficult and complex discussions’ around trans matters but said she had done a ‘great deal’ of research into the topic, including reading Ms Joyce’s book.

The event, which was held last Tuesday, was also criticised by Cambridge’s sociology faculty, who apologised for distressing students by circulating the advert.

In the memo seen by MailOnline and the Telegraph, Professor Manali Desai, the head of sociology, said: ‘We are very sorry for the distress caused to you by the circulation of an email promoting the Helen Joyce event.

‘We have looked at our processes and realised we need an authorisation route for circulation of events to ensure that administrative staff do not inadvertently promote potentially harmful material, as happened in this case.’ 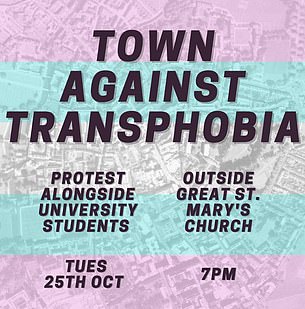 An advert for a protest organised outside St Mary’s Church in Cambridge, where Dr Joyce’s debate on gender ideology took place

She added: ‘The department is firmly committed to ensuring that we actively promote events that contribute to increasing awareness of LGBTQ+ inclusion and I would like to reaffirm that the inadvertent circulation of this event via email was not intended to promote it.’

The sociology faculty said it would ‘raise concerns’ with Gonville and Caius college, Cambridge’s fourth oldest, over the event.

A Cambridge University spokesperson said: ‘The Department circulated a notice notifying students about the talk. The head of the Department later received complaints from some students opposed to the views of the speaker.

‘An email was subsequently sent out to make it clear that the Department was neither actively endorsing or promoting the contents of the talk. There was never any attempt to either persuade or dissuade people from attending.’

In her book Trans: When Ideology Meets Reality, Dr Joyce argues that the trans lobby is trying to ‘supplant biology’, equating the movement to a ‘new state religion, complete with blasphemy laws’.

Writing to undergraduates in a personal capacity, Prof Rogerson and Dr Spencer insisted they wholeheartedly support the principle of freedom of expression but will not attend, according to the Varsity student newspaper. 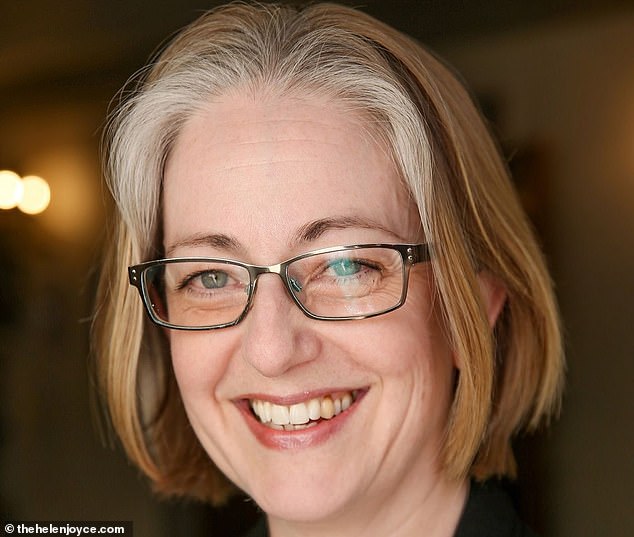 In her book Trans: When Ideology Meets Reality, Dr Joyce argues that the trans lobby is trying to ‘supplant biology’, equating the movement to a ‘new state religion, complete with blasphemy laws’ 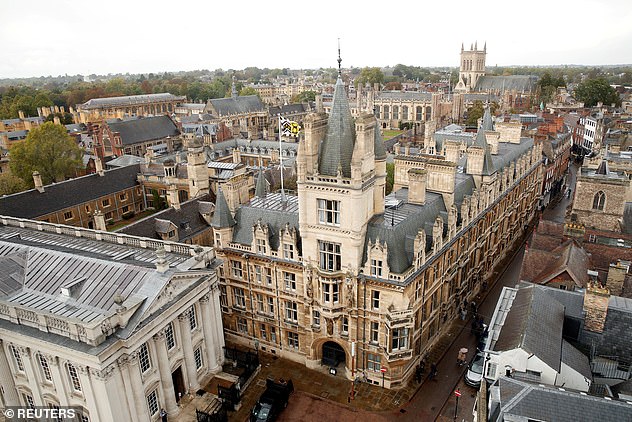 The debate was hosted at Gonville and Caius College (pictured) by fellow and professor of philosophy, Arif Ahmed

They added: ‘We have worked hard and we will continue to strive to make Caius an inclusive, diverse and welcoming home for our students, staff and Fellows.

‘We feel events such as this do not contribute to this aim.

‘Caius should be a place for the highest quality of research to be produced and discussed, rather than polemics.’

However, Prof Ahmed defended the planned talk, saying Dr Joyce would be ‘discussing important questions to do with sex and gender’.

He said: ‘These are matters of great public interest on which it is very important that there is free and open debate. Anyone who would like to learn about Helen Joyce’s views and her reasoning, and to discuss them with her, should feel free to come along. Everyone is welcome.’

He claimed that he had to smuggle students into the lecture hall where Ms Joyce was talking because they were ‘afraid of ostracism by their student peers’.

A Gonville and Caius spokesman previously said the college ‘prides itself on being a welcoming and inclusive community’.

He said: ‘The event on October 25 is an external event hosted by Professor Arif Ahmed, a Caius Fellow. It is not a College event.

‘We support free speech and would encourage those within the College community and wider society to challenge views they find reprehensible through debate and to celebrate our diversity.’