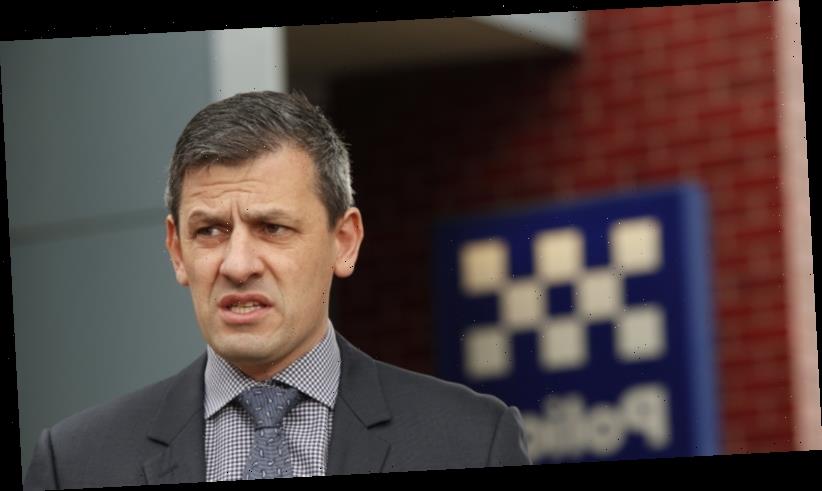 The police union is demanding the state government dramatically cut the number of officers working at border checkpoints after multiple police stations were forced to close over the weekend due to widespread staffing shortages.

Victorian police union secretary Wayne Gatt said the sheer number of officers deployed to the coronavirus response had led to sporadic closures of stations. He said police could be better used fighting crime now that cases of coronavirus had plummeted.

The strain on police resources was amplified in recent days with more than 1600 police officers remaining split between border checkpoints and hotel quarantine, and about another 800 deployed to Invasion Day rallies on Tuesday. 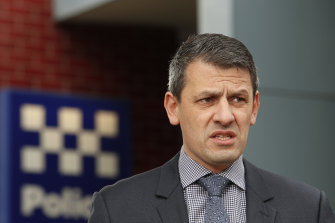 Counters at police stations in Richmond, Fitzroy and Collingwood were all shuttered over the weekend due to a lack of staff, Mr Gatt said, with officers taken out of crime, homicide and highway units and dispatched to the state’s border checkpoints.

“Over the weekend we saw closures at Richmond, Fitzroy and Collingwood. Cheltenham has been operating effectively closed for a while,” he said.

“There have been stations sporadically having to close because of a sheer lack of numbers available. On any given shift, they might just have to shut the front doors.”

The new cases are a woman in her 20s and a boy aged under 10, both returned travellers in hotel quarantine.

Mr Gatt said Victoria Police had been given no option but to close the doors of the police stations, but warned such measures had safety implications and increased pressure on police who were left without access to back-up and support.

“We understand that they’ve had no choice but to close the front doors to police stations sporadically during this period,” he said.

Hundreds of Victoria Police officers were deployed to the NSW border just before Christmas after the state closed its borders in response to the northern beaches outbreak in Sydney and concerns mounted that coronavirus was creeping back into Victoria.

Borders were also closed to Greater Brisbane earlier this month after Queensland’s first locally acquired case in months was confirmed to be a highly infectious strain circulating the UK.

Thousands of people were left stranded interstate by the closures and a new “traffic light” permit system was established to stem the spread of the virus.

People in red zones cannot enter Victoria without an exemption. Travel from orange zones requires people to get a permit, self-isolate and get tested within 72 hours of entering the state and remain in quarantine until they get a negative result. Those travelling from a green zone must also obtain a permit and get tested if they have any symptoms.

Mr Gatt questioned on Wednesday why so many police were still at border checkpoints when only one local government area in NSW – Cumberland – remained a red zone.

“The members say they are providing limited if any value now,” he said.

“You have a permit system that effectively self-regulates. People apply for their permit, it’s automatically granted and unless they are in a red zone, they have free passage.

“On that basis, you have to ask yourself the extent to which police provide any meaningful value in the current role given, in relative terms, the small red zone.”

Mr Gatt added that other entry points to Victoria, such as the South Australian border and airports, were self-regulated.

He said officers would be sent back to their regular jobs once the border permit system was no longer necessary.

“We’ve still got one zone from NSW which is red. There is still a permit process in place for the border,” he said.

But Mr Gatt said it was time the overwhelming majority of the officers returned to Melbourne so they could concentrate on their core duties as police predicted a potential surge in crime in coming months.

“Victoria Police are themselves forecasting a potential … increase in crime rates in property-related crime, that tells us that there’s other competing priorities,” he said. “It tells us we can’t lose focus of what our principal role is.”

The state’s police minister Lisa Neville and Victoria Police have both been contacted for comment.