‘We can hear him snoring!’ Hilarious moment a caller falls ASLEEP while waiting to take part in phone-in Brexit debate on the BBC’s Radio 5 Live

It is fair to say many have complained of boredom around the constant Brexit debate.

But one caller on BBC Radio 5 Live known only as Joey took things a bit further after falling asleep during a phone-in show on the topic.

The incident happened on Friday evening during Stephen Nolan’s show when he opened up the phone lines to talk about the vote on Theresa May’s deal to leave the EU, which was due to take place tomorrow before the Prime Minister delayed it.

But to Stephen and colleague Dotun Adebayo’s surprise, all they heard on the line was snoring. 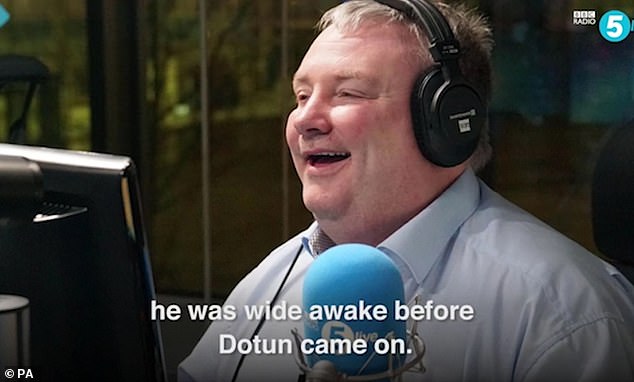 Stephen Nolan, pictured, had a caller who appeared to fall asleep while waiting to speak about Brexit on his Radio 5 Live show

The pair had been talking about Christmas before asking for viewers to ring in about the controversial deal.

Rather than being offender, Stephen immediately saw the funny side and turned up the volume of the call so listeners could hear the strange noises.

He said: ‘Joey from Bournemouth has been waiting for… 35 minutes. We believe he has fallen asleep because we can hear him snoring.

‘So let’s just pump this up and see.’

Despite Dotun protesting it was ‘not fair’ to make fun of the caller, Stephen could not stop himself laughing and said ‘We’ve put the man to sleep!’

He added: ‘And the thing is, he was wide awake before Dotun came on!’, to which his fellow presenter shouted ‘I knew it!’ after previously predicting he would get the blame. 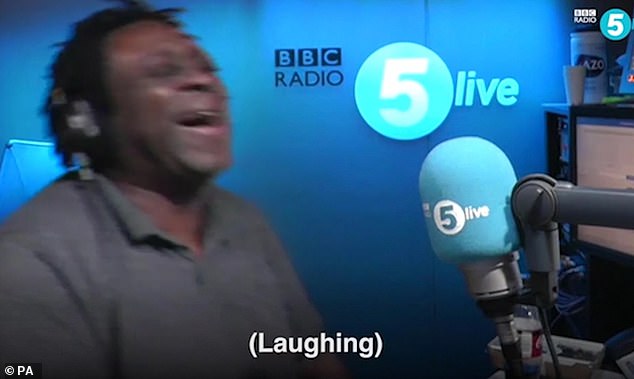 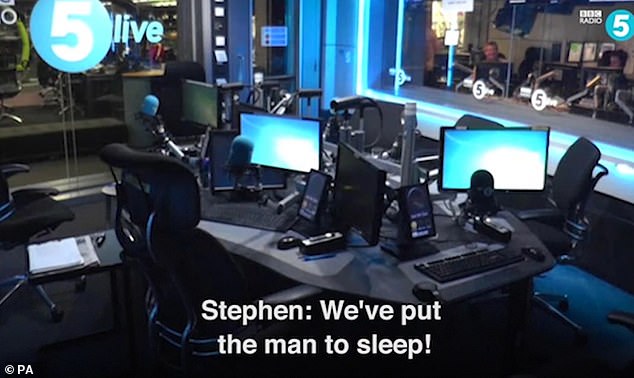 After shouting to try to wake Joey up, Stephen continued to make light of the situation and asked ‘So Joey, what you think of Brexit? This meaningful vote next Tuesday, Joey…’

As production staff join in the laughter and the snores continue, Stephen added: ‘I think this is the best Nolan 5 Live show in years. I’m just imaging that somewhere in Joey’s subconscious as he is sleeping, he’s going to be hearing my voice.

‘He’s going to be thinking “I’m dreaming this”…

‘Thank you Joey; best call of the year…I’m going to be putting that in for an award next year’.

The identity of Joey is yet to be revealed and the call was ended without him ever saying a word.