A Northern California survivalist who confessed to killing an engaged couple on a California beach in 2004 and his brother in 2017 was sentenced Monday to three life sentences without the possibility of parole, according to reports. 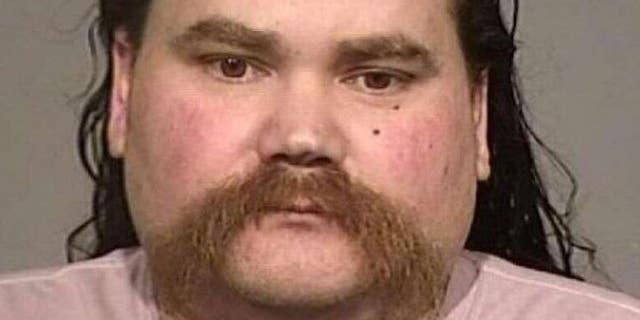 Shaun Michael Gallon was sentenced to 3 life sentences Monday after confessing to killing an engaged couple in 2004 and his brother in 2017.
(Sonoma County Sheriff’s Office)

Gallon confessed to fatally shooting engaged Ohio couple Lindsay Cutshall, 22, and Jason Allen, 26, while they were camping on a Northern California beach on Aug. 18, 2004.

The couple had been working that summer as Christian camp counselors and had planned to return to their Midwestern home for their wedding. Cutshall's mother held up her daughter's wedding dress while Gallon looked up from his seat in Sonoma County Superior Court Monday, the San Francisco Chronicle reported.

Gallon has also confessed to killing his 36-year-old brother in the family's Forestville home on March 24, 2017. Authorities linked Gallon to the 2004 murder after he was taken into custody for killing his brother, police said.

LaForge added 94 years to Gallon's sentence for other crimes including the 2004 attempted murder of a man in Monte Rio, the Press Democrat reported.