WILDFIRES have been raging across California – burning through 1.1 MILLION acres of land, whilst destroying homes and precious forestry.

Hot weather and dry landscape has made the West Coast state susceptible to them, with Los Angeles, San Francisco and Sacramento trying to keep the fires under control. 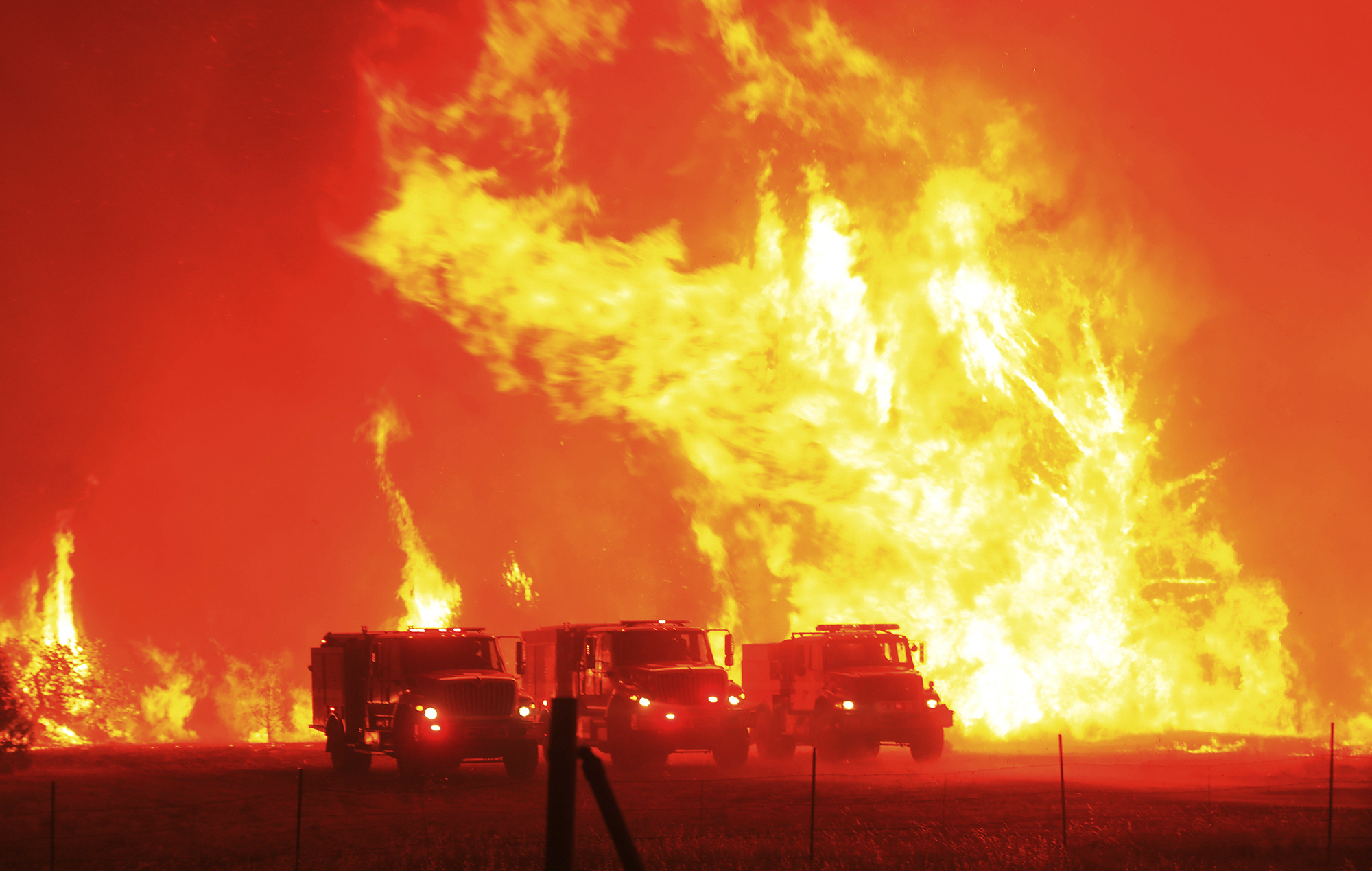 Fires have broken out in several places across California and have prompted Gavin Newsom, the state governor, to declare a state of emergency.

On August 22 President Trump declared the wildfires a major disaster and released federal aid for the state.

Governor Newsom said the aid will help people in counties affected by the fires with crisis counselling, housing and other social services. 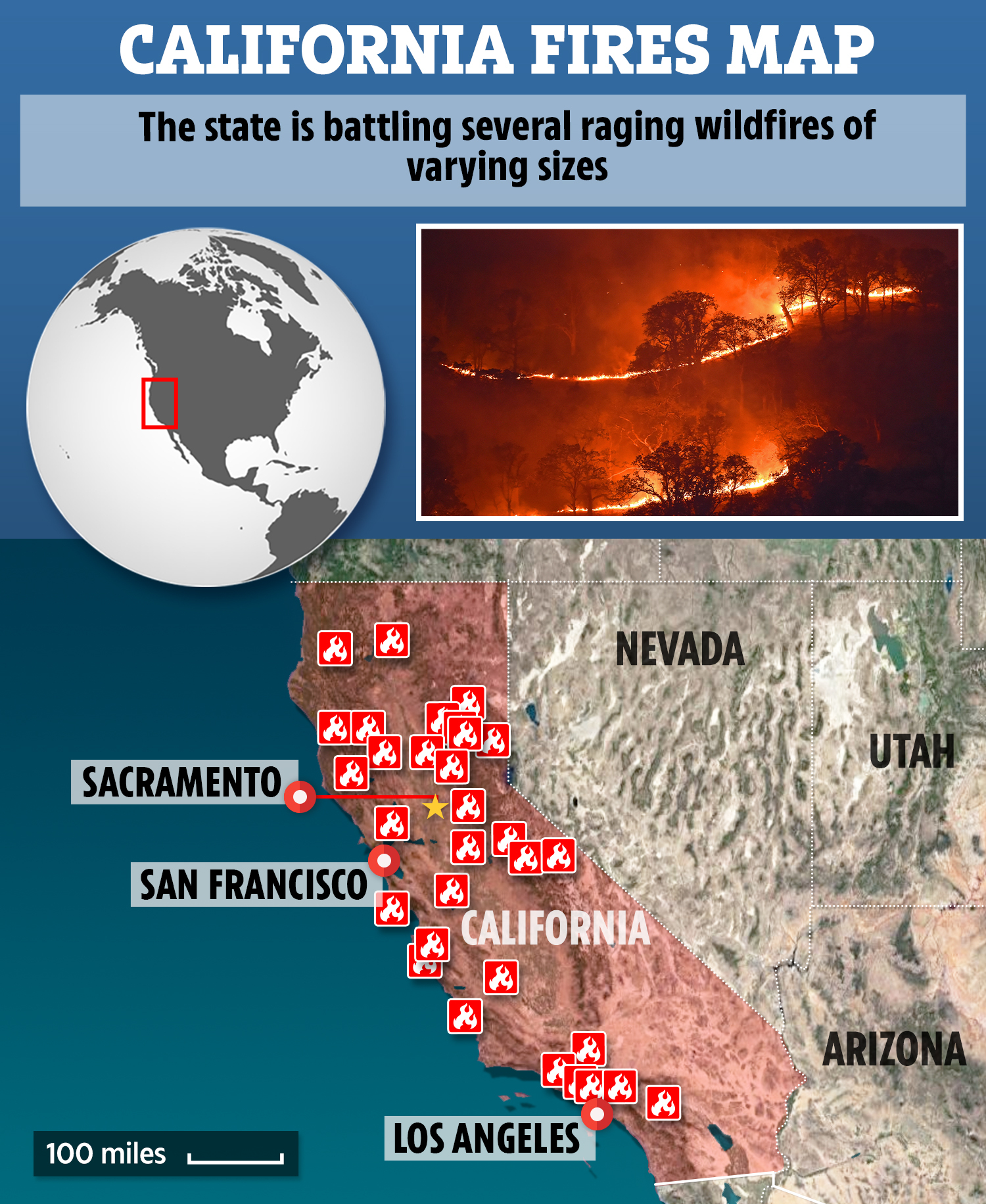 Tragically, the pilot of a helicopter fighting the raging fires has lost their life after the aircraft crashed.

Stretched fire services are trying to get a grip of the crisis in several places including at San Mateo, Nevada and Lake Hughes where a fire has now burned through 21,000 acres. 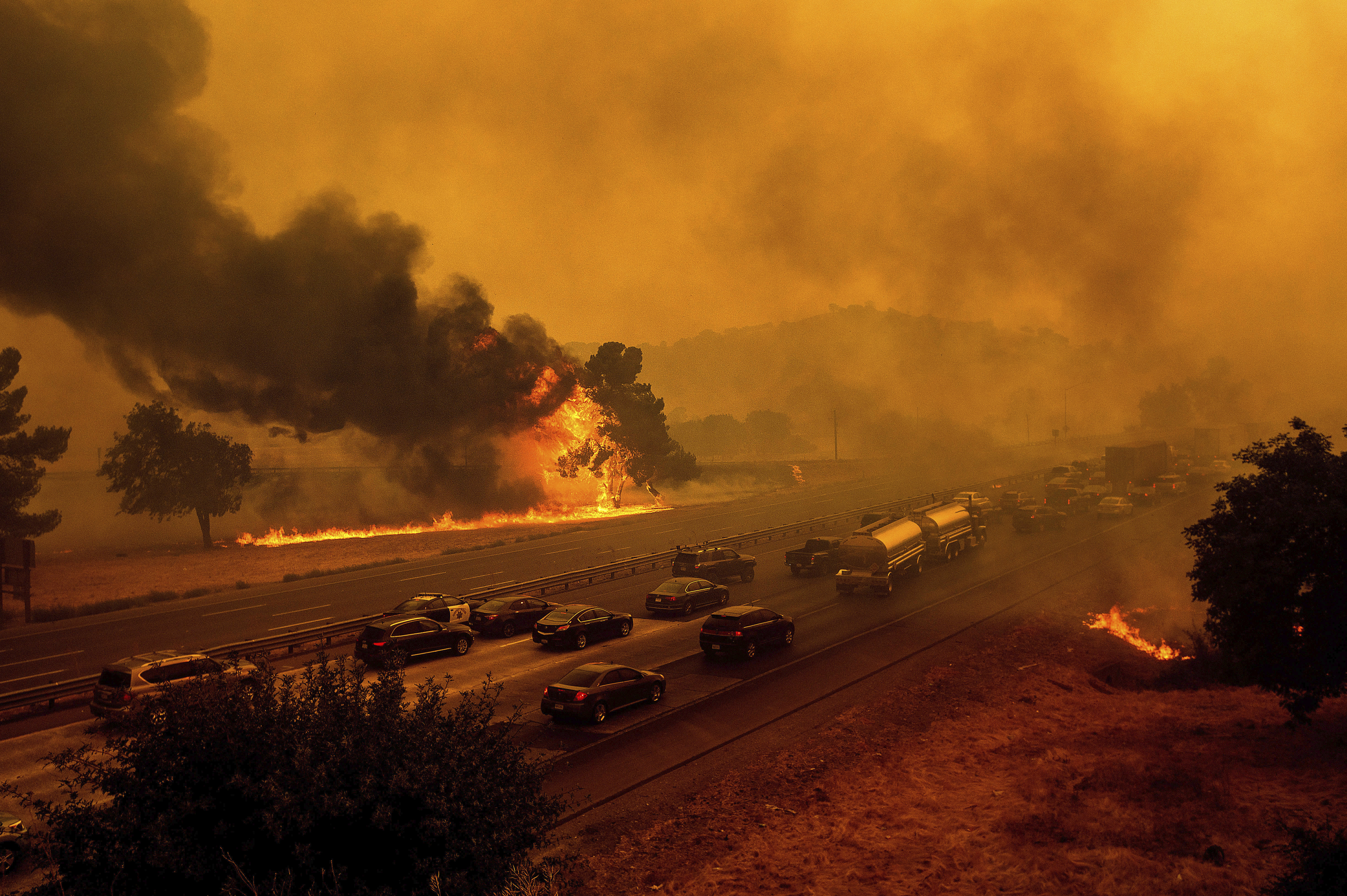 Most worrying for firefighters at the moment is the SCU Lightning Complex fire – made up of fires burning in several Bay Area counties – which has so far consumed 25,000 acres and very little has been contained. 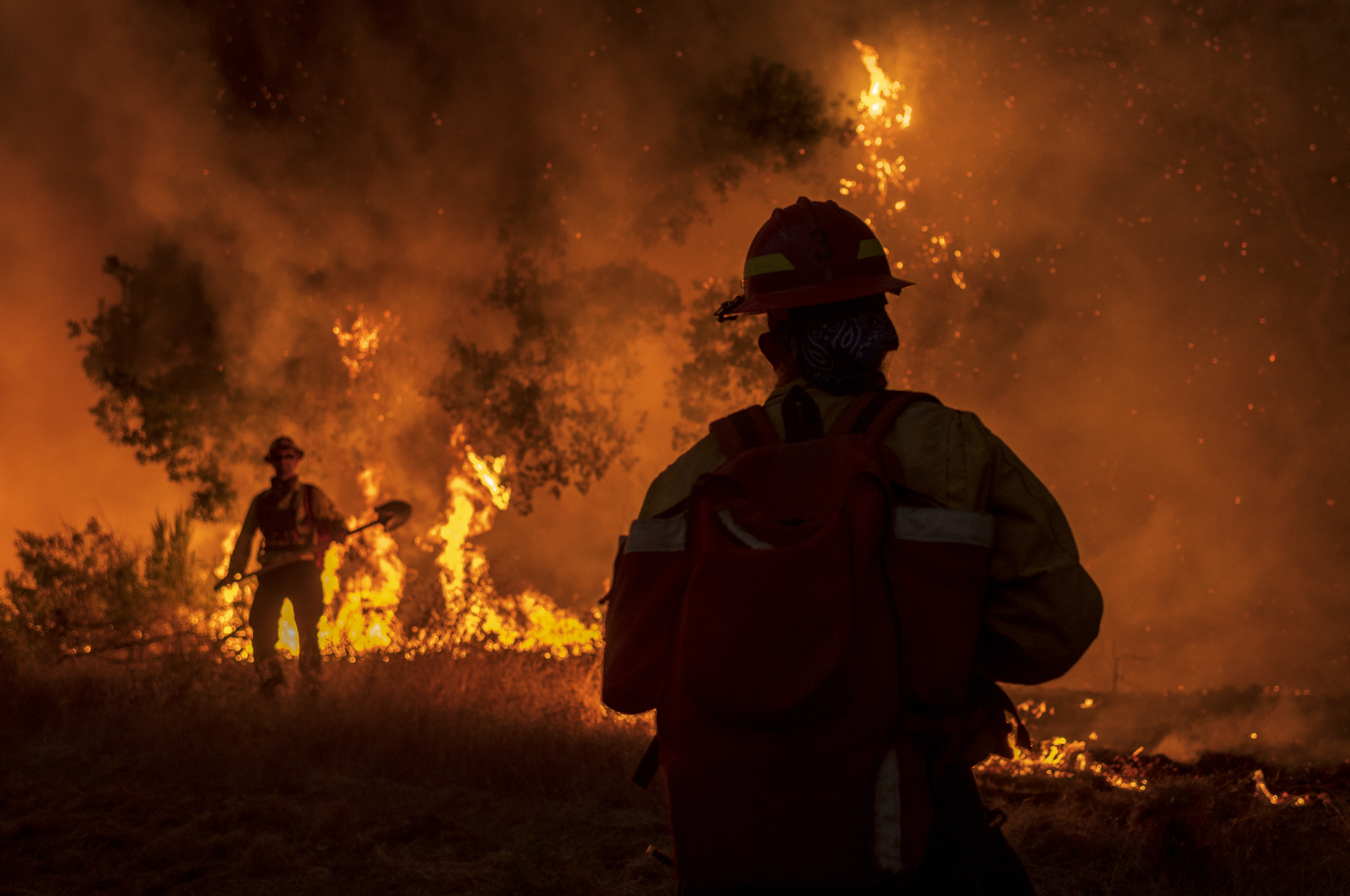 Firefighters are having to prioritise which fires to fight, with state resources stretched to a capacity not seen before.

The blaze currently burning in wine country now ranked as the second largest in state history.

At least seven people have died so far in the blaze. 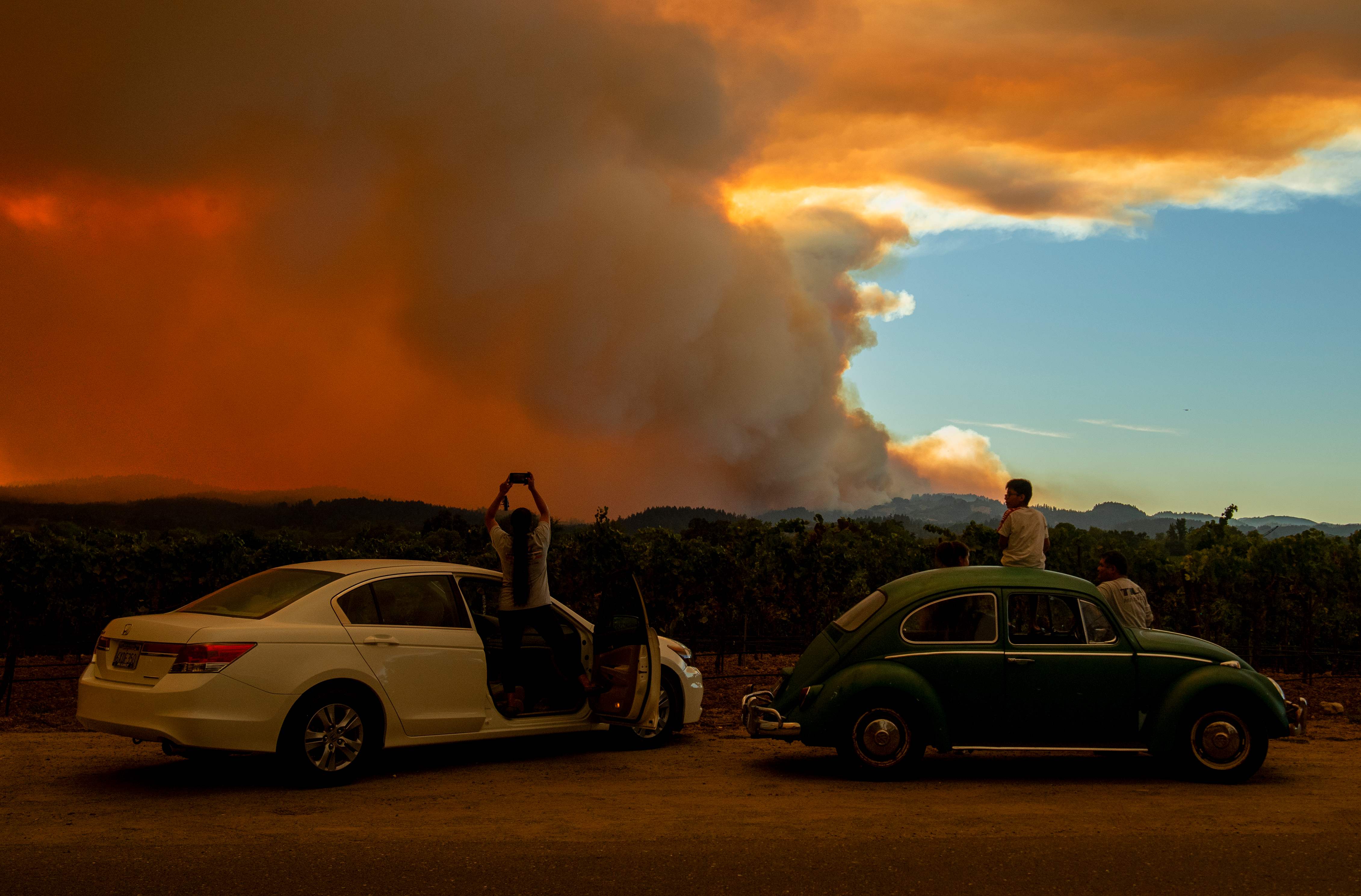 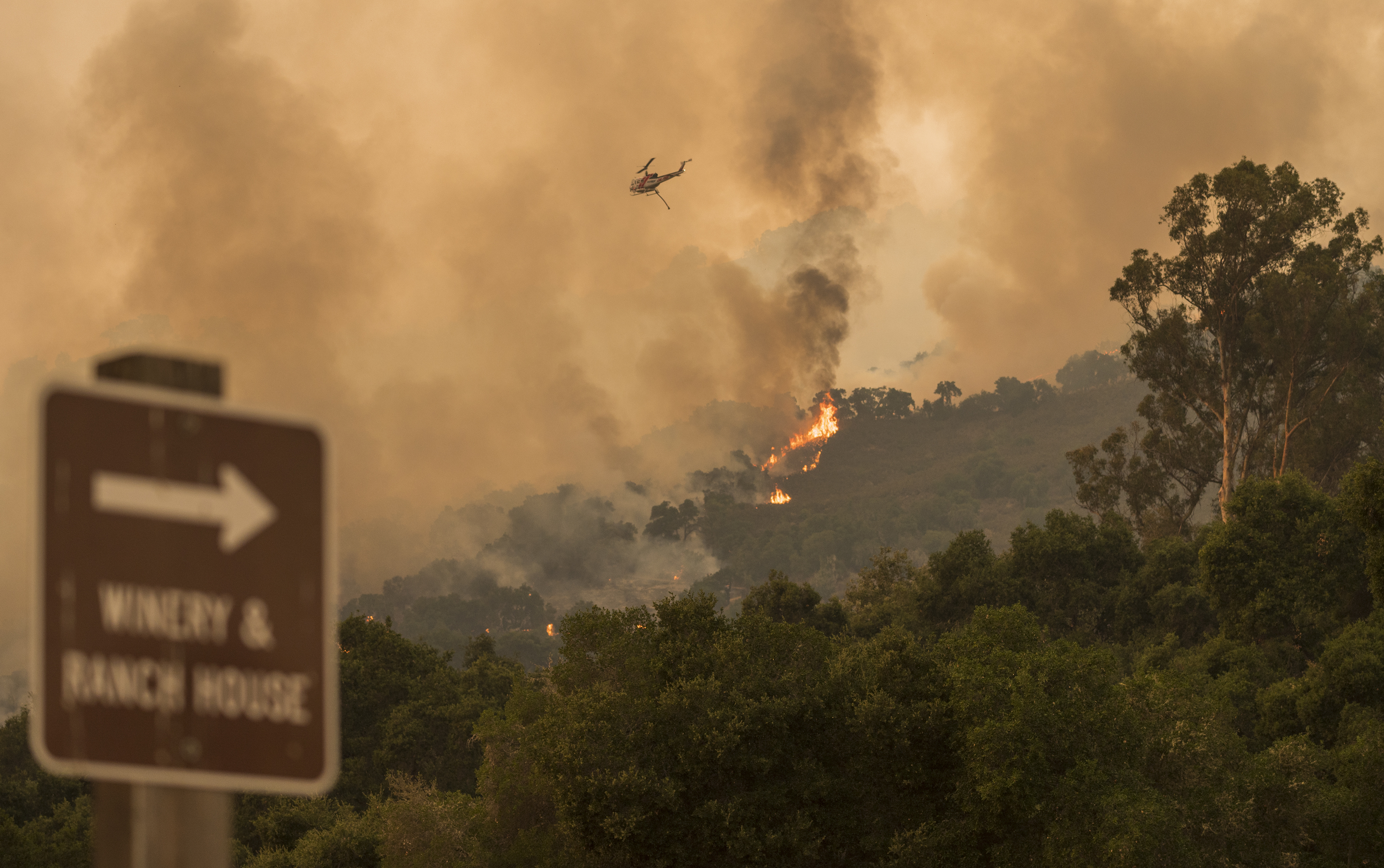 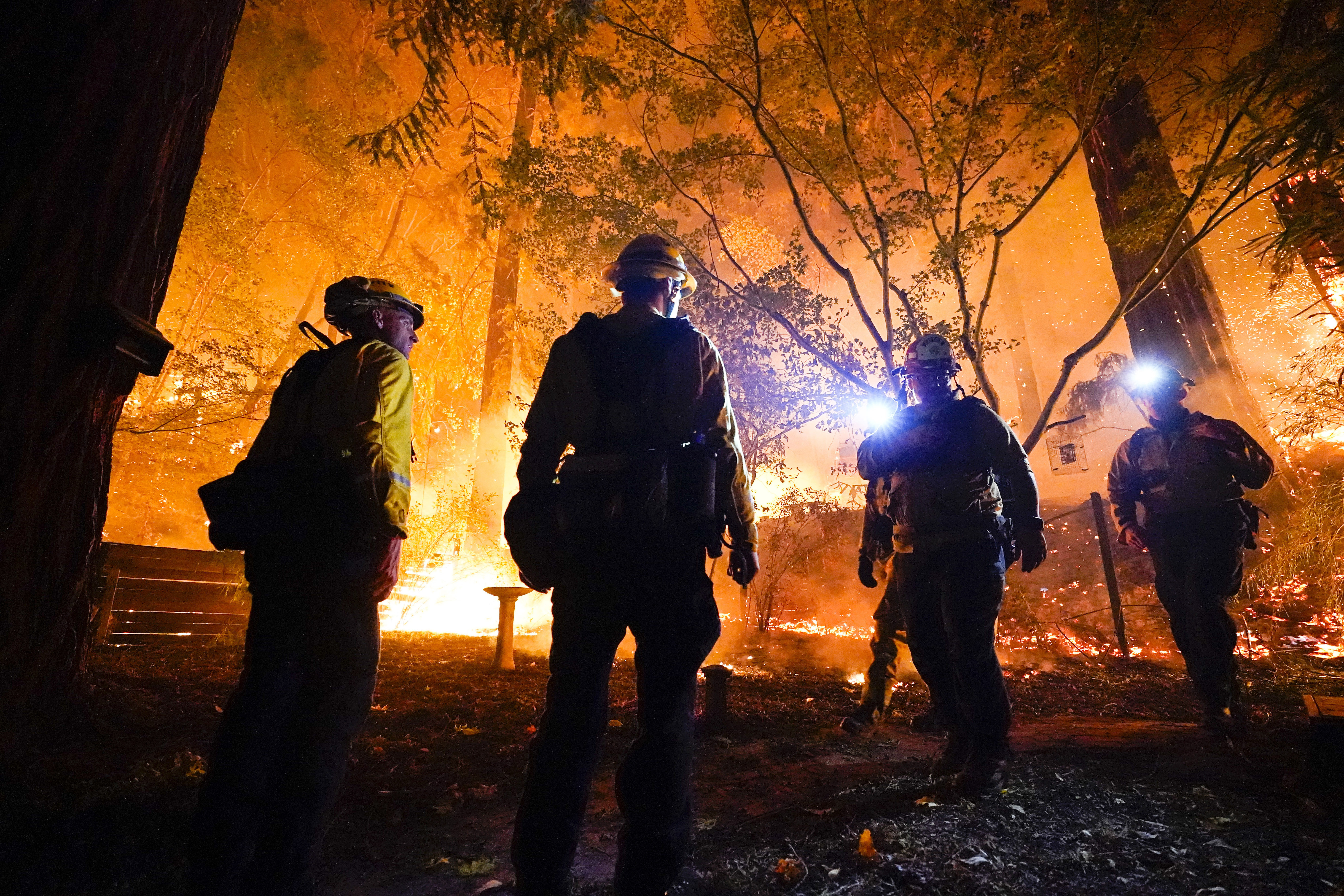 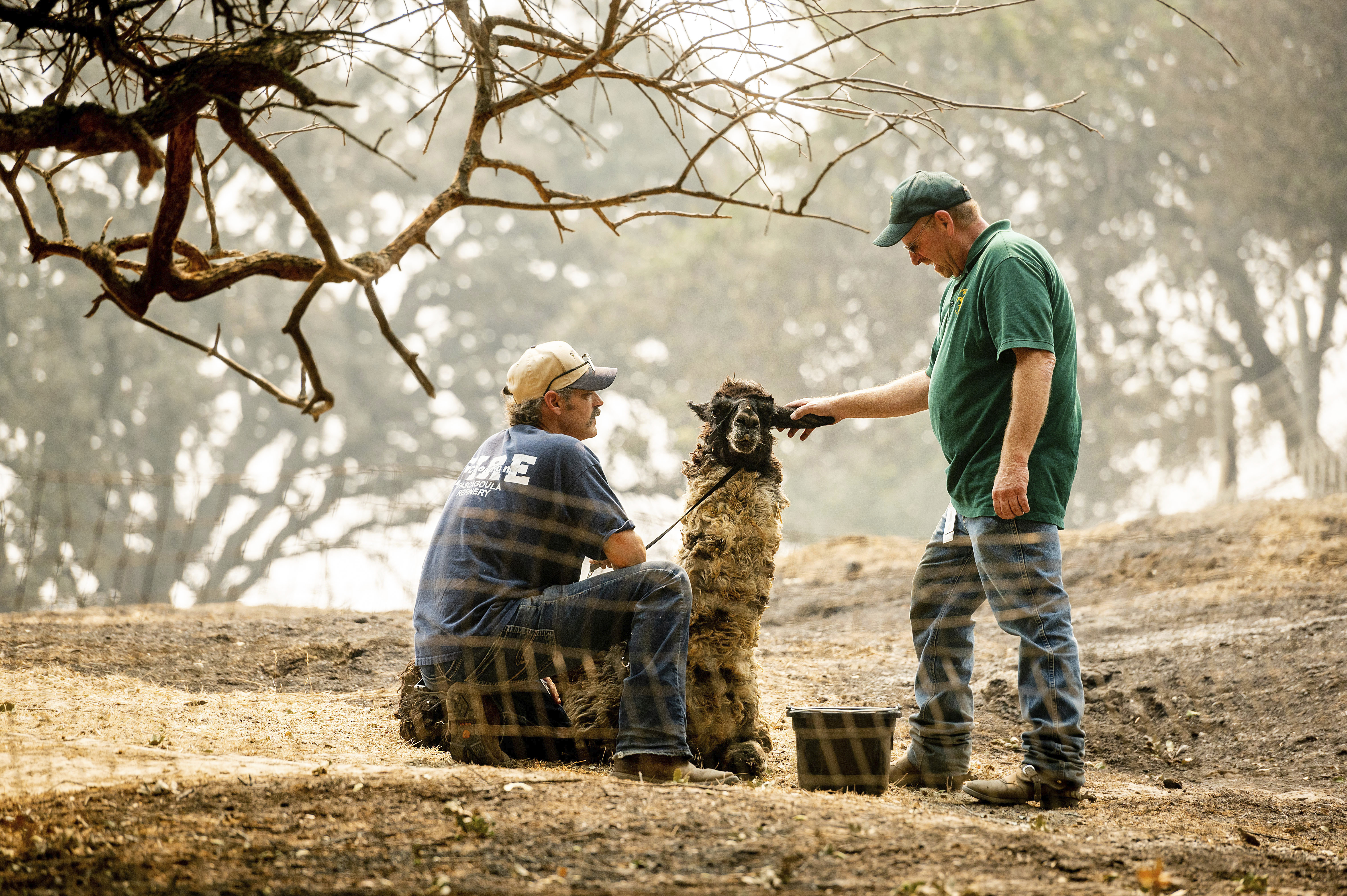 Have there been evacuations?

Evacuations order were in effect or growing in the Napa county wine country north of San Francisco Bay, near Salinas in Monterey county, around Oroville Dam north of Sacramento and near the Nevada state line north of Lake Tahoe.

Evacuation orders have also been issued in the mountains along the borders of San Mateo and Santa Cruz counties and in parts of Sonoma County.

About 100,000 people are under evacuation orders as more than 12,000 firefighters aided by helicopters and air tankers are battling the blazes. 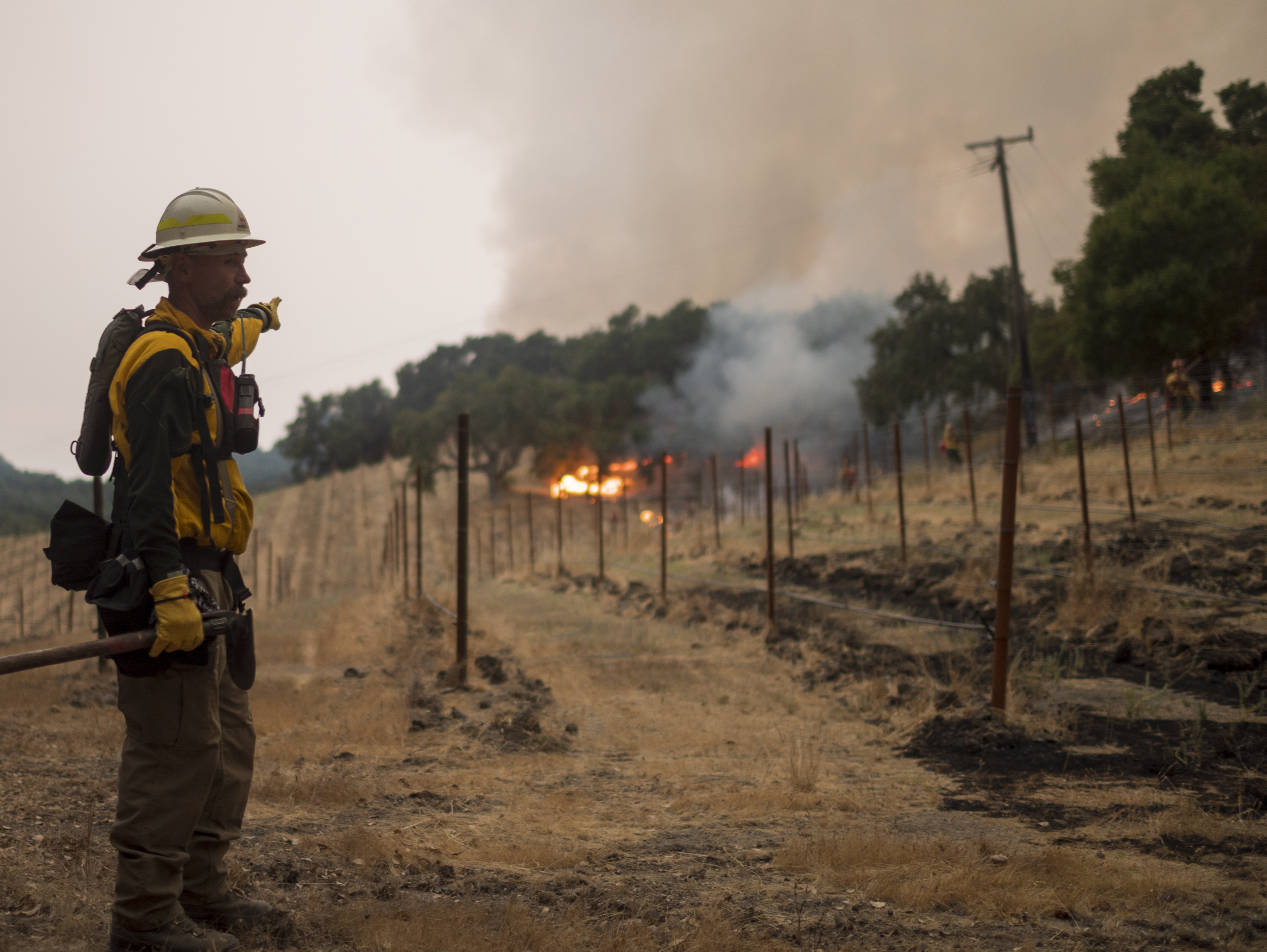 How did the wildfires start?

Wildfires usually start by the heat of the sun causing a small fire to break out in woodlands, which grows as it consumes the flammable material around it.

While that is largely the case here as well, there have been many reports of some of the newest wildfires breaking out because of recent lightning strikes from the tropical storm.