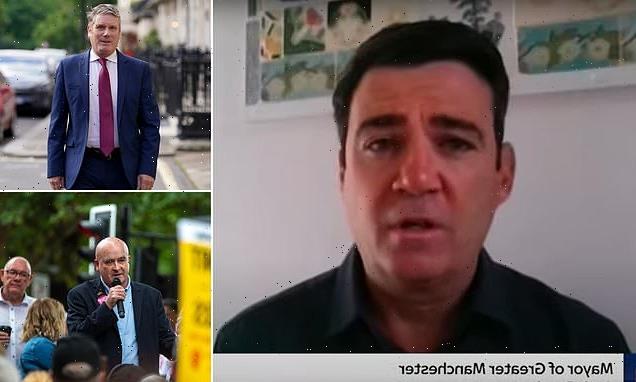 Andy Burnham today issued a fresh challenge to Sir Keir Starmer as he declared he would share a picket line with striking rail workers and backed the nationalisation of energy firms.

The Greater Manchester mayor, who refused to rule out staging another bid for the Labour leadership in the future, refused to back Sir Keir’s stance on two key issues.

The former Cabinet minister insisted he would join Mick Lynch – the firebrand boss of the RMT union who has orchestrated this summer’s crippling rail strikes – on a picket line.

This is despite Sir Keir having banned senior Labour MPs from attending train stations in support of striking rail workers in recent weeks.

Mr Burnham also claimed there was ‘a case’ for public ownership of utilities, such as gas and electricity firms, amid the cost-of-living crisis.

Andy Burnham, who refused to rule out staging another bid for the Labour leadership in the future, refused to back Sir Keir Starmer’s stance on two key issues in a Sky News interview 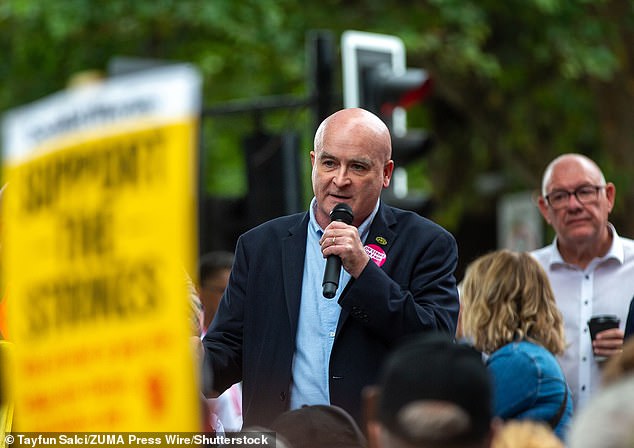 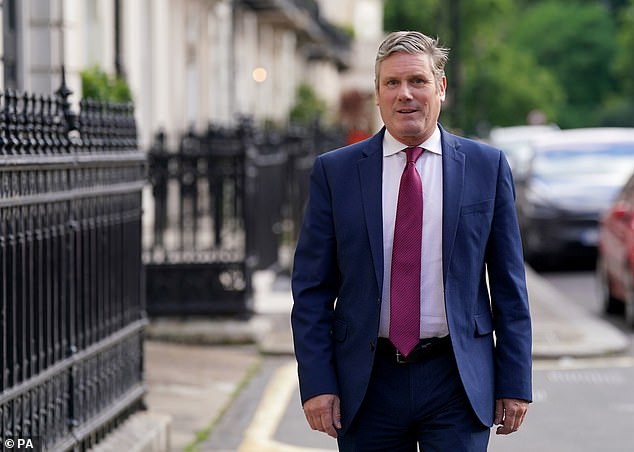 Mr Burnham is tonight due to appear alongside Mr Lynch at a rally for the new left-wing ‘Enough is Enough’ campaign in Manchester.

Asked on Sky News if he would also join Mr Lynch on a picket line, the Greater Manchester mayor replied: ‘I would, you know. I don’t see this as controversial.

‘People are fighting for their incomes in a cost-of-living crisis. Of course you’ve got to recognise the point that they are making.

‘They’re going to work, but they don’t have enough to live on.’

Sir Keir has sought to distance Labour from Mr Lynch over this summer’s rail strikes and ordered his party’s frontbench to stay away from picket lines.

The Labour leader urged his MPs to ‘get in the mindset of being in Government’ by not taking sides during industrial disputes.

That stance has caused a fresh rift between Sir Keir, Labour’s left-wing and trade union leaders, which has been exacerbated by his ditching of Mr Corbyn’s pledge to nationalise key industries.

The Labour leader has stressed he would ‘take a pragmatic approach rather than an ideological one’ to public ownership after abandoning the party’s 2019 pledge to nationalise energy, rail, mail and water companies.

But Mr Burnham today insisted there was ‘certainly a case for more public control, more public ownership of essential utilities’.

Despite their differences, Mr Burnham stressed Sir Keir had his support when asked if he was the right person to lead Labour.

‘Yes he is and I think what you can see is the support for him in the polls is making that clear,’ the Greater Manchester mayor said.

‘He did intervene in the summer with the policy with a price freeze and that is a very good start.

‘I would say there is a case to go further.’

But Mr Burnham once again refused to rule out a third attempt at being elected Labour leader himself, after his unsuccessful campaigns in 2010 and 2015.

‘If at some point, way beyond this point where we are, that was something that was a possibility, I would consider it.

‘But I’m just focussed on what I’m doing right now.’