This is the terrifying moment a group of would-be burglars try to smash down a woman’s front door after following her home.

But when they realise there is no chance of breaking in, they quickly scarper off down the street.

The incident took place at around 10.30pm in a quiet suburban neighbourhood in Slough last week and is now being investigated by police. 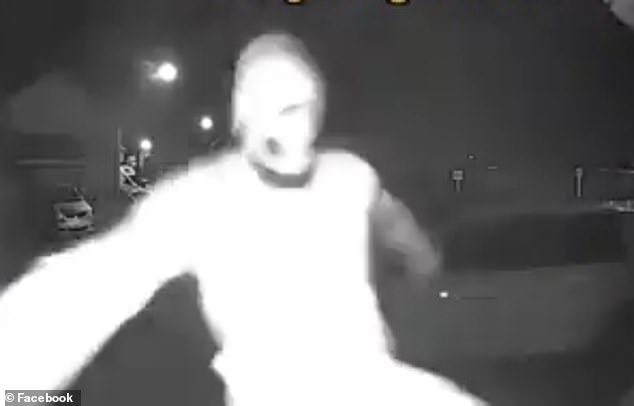 In the video, three hooded men wearing balaclavas are seen running towards the front door of the property.

It is believed the gang had spotted the female homeowner walking down the street and decided to follow her, but she quickly noticed them and had run for safety.

Seconds before they reach the door, the click of what sounds like a lock turning can be heard as the woman tries to stop them from breaking in.

The men, all with their faces obscured, take turns kicking and ramming the door.

One of them is seen carrying a long black tool, but he does not use the object in their efforts to force entry. 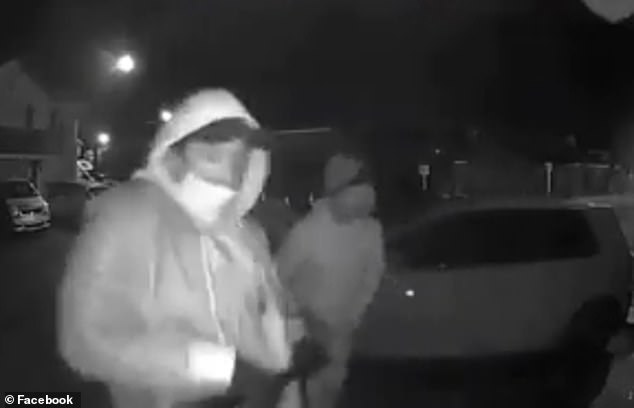 In the video, the three hooded men wearing balaclavas are seen running towards the front door of the property. They are believed to have followed the woman down the road, but when she noticed them she ran for safety

The thugs continue to bash the door for a few more seconds, but when they realise they cannot get inside they quickly run off down the road.

A spokesperson for Thames Valley Police said: ‘We received a report at around 10.35pm on Wednesday that a group of men had run at a property in Eltham Avenue, Slough and tried to gain access, before then running away.

‘No one was injured in this incident.

‘An investigation is ongoing. No arrests have been made at this time.’ 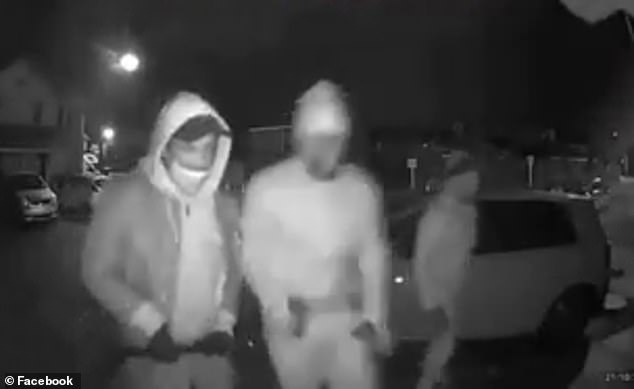 The thugs continue to bash the door for a few more seconds, but when they realise they cannot get inside they quickly run off down the road