This is the moment a bungling beer thief is twice left hanging upside down from a spiked fence during a raid on a supermarket loading dock.

The thief hangs in the precarious position for hours until passers-by encounter him in the early morning and call the police.

The bizarre incident happened at a supermarket in Kaulille, in the Belgian province of Limburg. 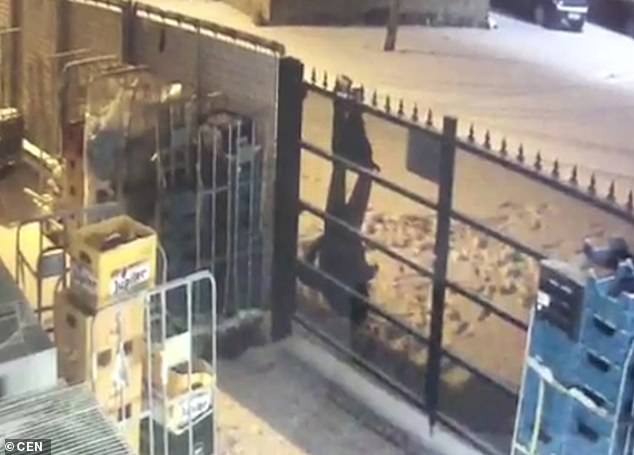 The thief hangs upside down from a spiked fence after raiding a supermarket loading dock in Kaulille, in the Belgian province of Limburg 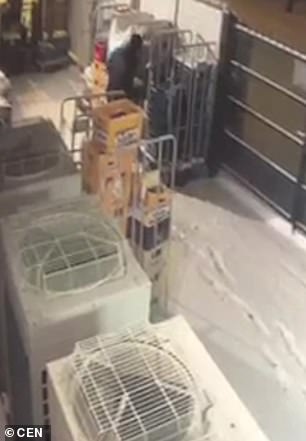 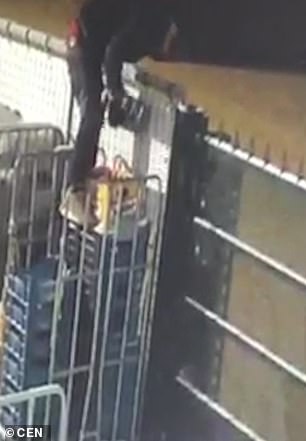 According to supermarket owner Jos Craeghs, the first time the bungling thief got stuck was at 3am after using bread shelves to climb over the fence.

Mr Craeghs said: ‘He remained hanging there for a while, until a passing car stopped and those inside freed him.’

After fleeing the scene with 24 cans of the energy drink Monster, the thief returns at 5am to steal for a second time.

Mr Craeghs said: ‘He again climbed over the fence and tried to steal a crate of Duvel [beer].

‘Again he got stuck on the gate while trying to climb back outside.

‘He tried to free himself by taking his pants off, but that did not work.’ 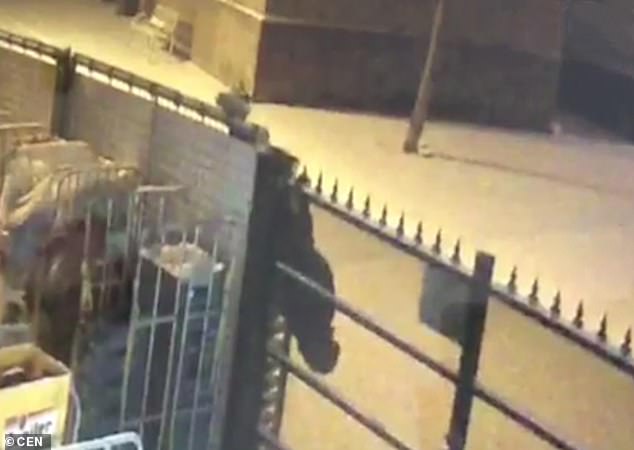 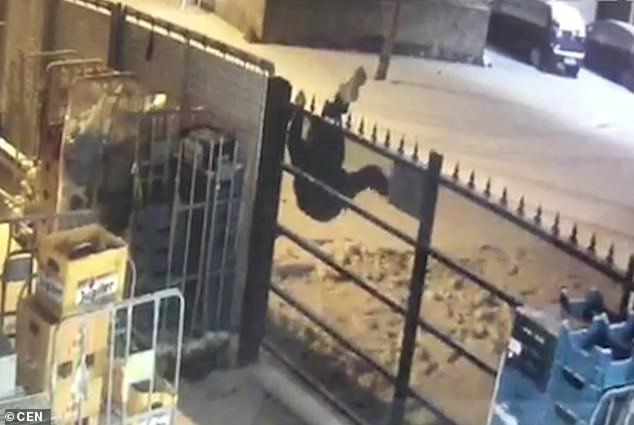 He returns a second time and is left hanging again after his trousers get stuck on a spike. He hangs there until the police arrive

After climbing over the fence for a second time, the thief gets stuck again and is left hanging upside down trying to free his trousers from a spike.

At around 6.30am, some passers-by encountered the thief and called the cops, who caught him red-handed and immediately arrested him.

Mr Craeghs said he was called by the police at 9am about the incident.

He said: ‘We then went together to look at the CCTV footage. We almost rolled on the floor laughing.’

The 30-year-old thief, whose cannot be named for legal reasons, was already known to the police because of his previous criminal record.

The stolen beers and energy drinks were found at his house and returned to the supermarket.