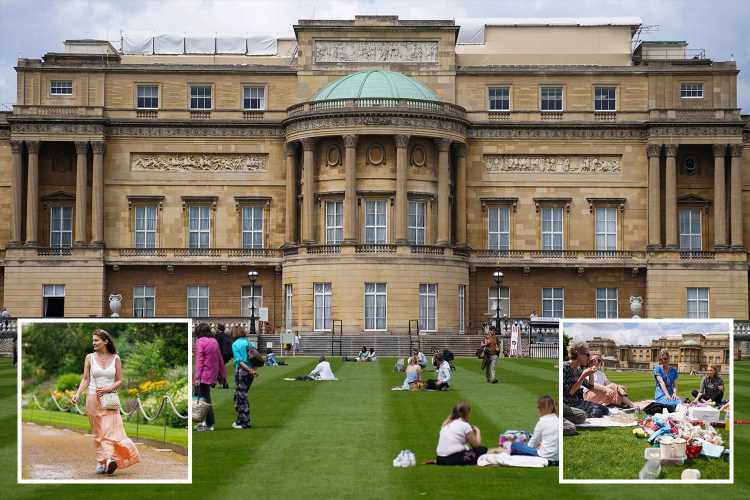 BUCKINGHAM Palace is opening its gates for the first time ever so visitors can picnic in the stunning gardens and take part in self-guided tours.

The gardens are going to open for the first time on Friday, with ticket sales flying as keen Brits want to get a glimpse. 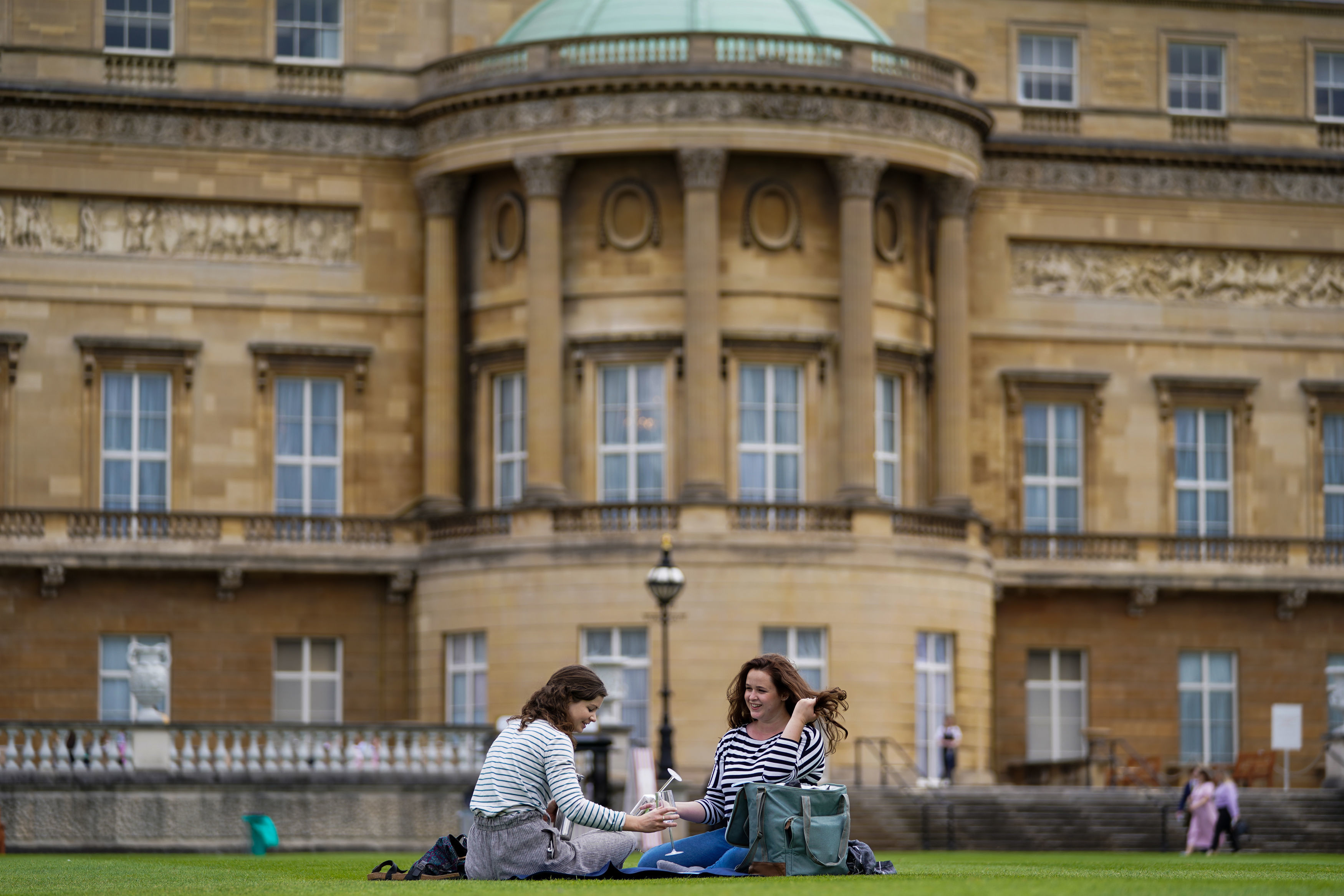 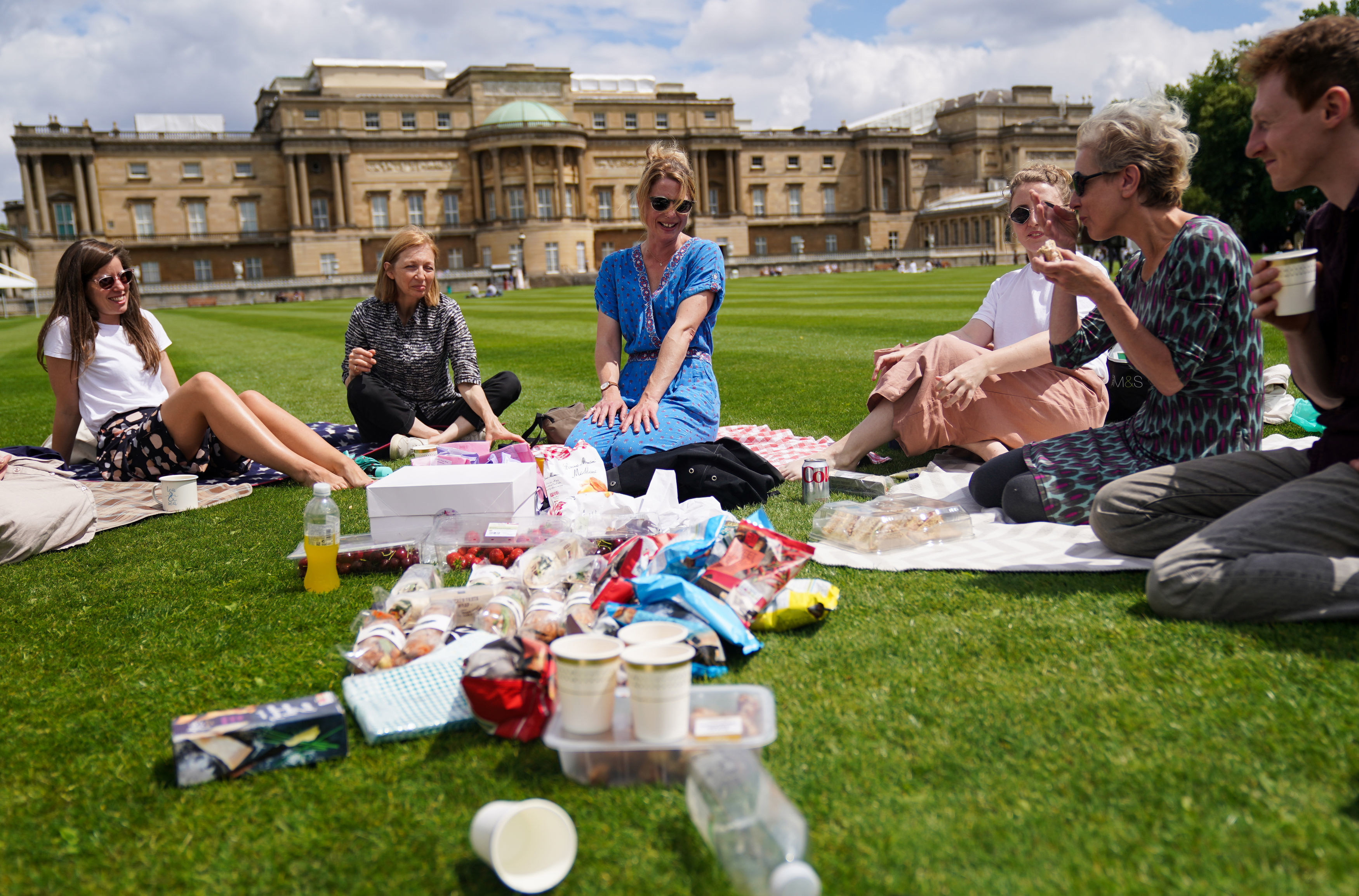 Additional tickets have been made available for dates throughout July and until September to keep up with the demand.

Members of the public have to pre-book in order to get access to the sprawling gardens to enjoy a picnic at the Queen’s London home  with pals.

They can also pre-arrange to join guided tours around the south west of the garden, which include the Rose Garden, summerhouse and wildflower meadow.

The garden has the 156-metre Herbaceous Border, the Horse Chestnut Avenue, plane trees planted by and named after Queen Victoria and Prince Albert, and views of the island and its beehives across the 3.5-acre lake.

People were welcomed for the first time into the stunning grounds on Thursday for a photo-call ahead of it officially opening tomorrow.

Guests at the event were snapped setting up lavosh picnics in front of the palace as others enjoyed the scenery and took an afternoon stroll. 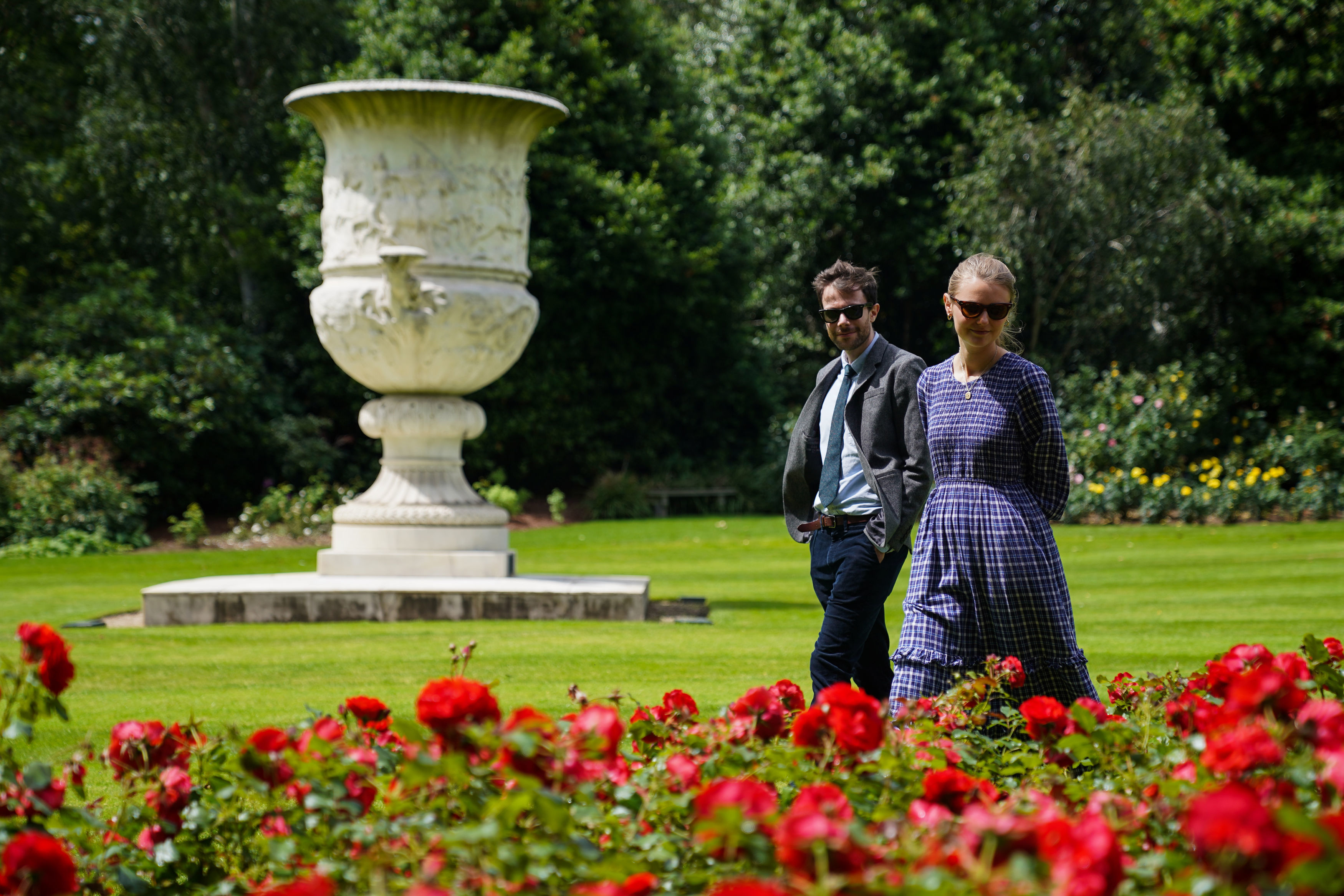 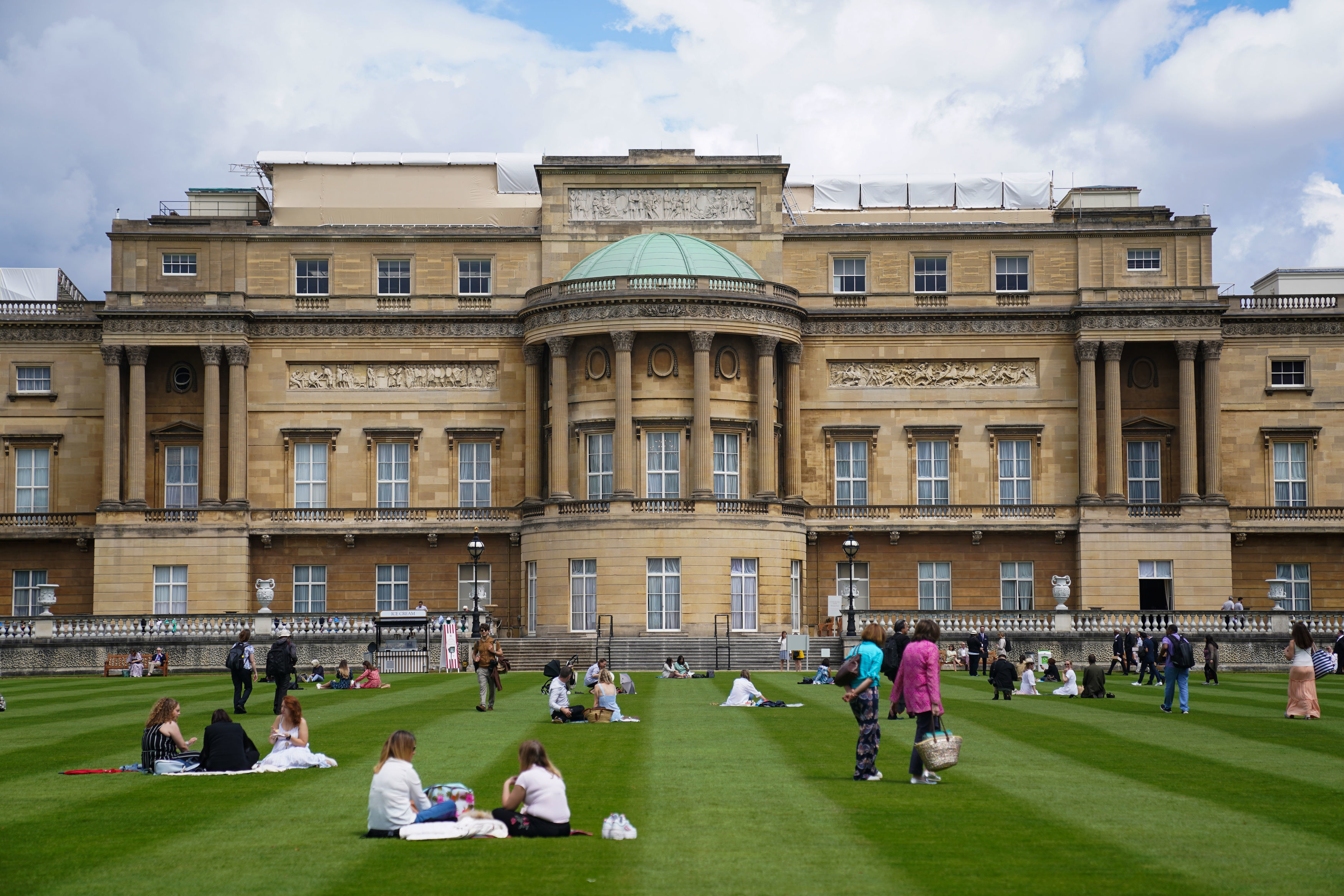 Families are able to access daily talkies by visitor services and trails as part of the general visit, with arts and craft activities available for kids on Mondays in July and August from July 19.

The garden will be open five days a week, except Tuesdays and Wednesdays, from July 9 until September 19 and tickets will cost eager guests £16.50, while guided tours are priced at an additional £6.50 for adults.

Two Family Festival days have also been set up on August 26 and 30 as part of warden-led family tours around the gardens.

The Royal Collection Trust have launched a brand new range of summertime picnic-inspired products to go alongside the opening.

They feature a design which is inspired by royal ceremonies and summer flowers, and will include a picnic blanket, a sandwich bag, cotton napkins and a reusable water bottle.

Motifs of corgis, cupcakes, carriages, butterflies, flowers and soldiers in red tunics and bearskin hats are part of the sandwich bag, which is priced at £7.95. 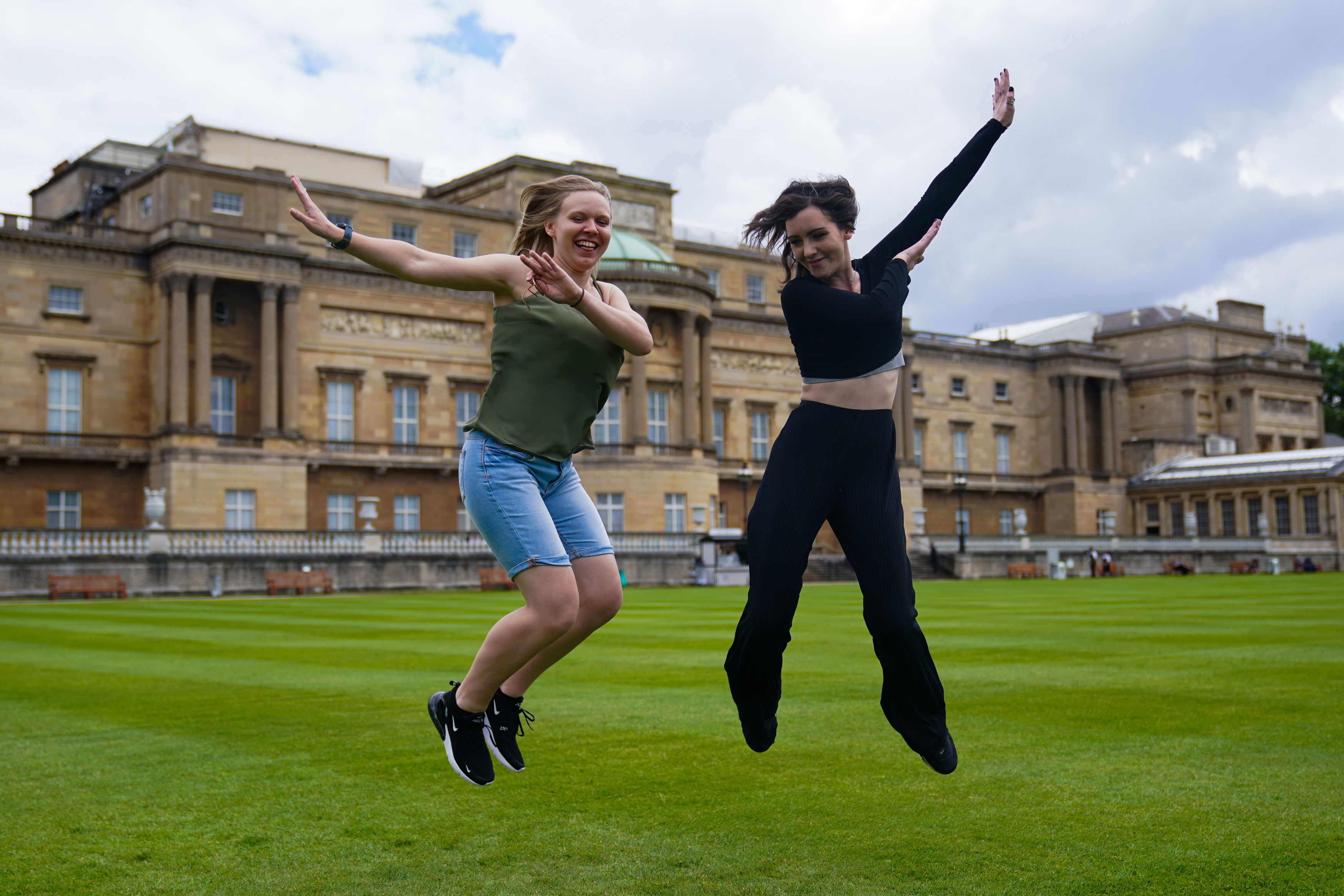 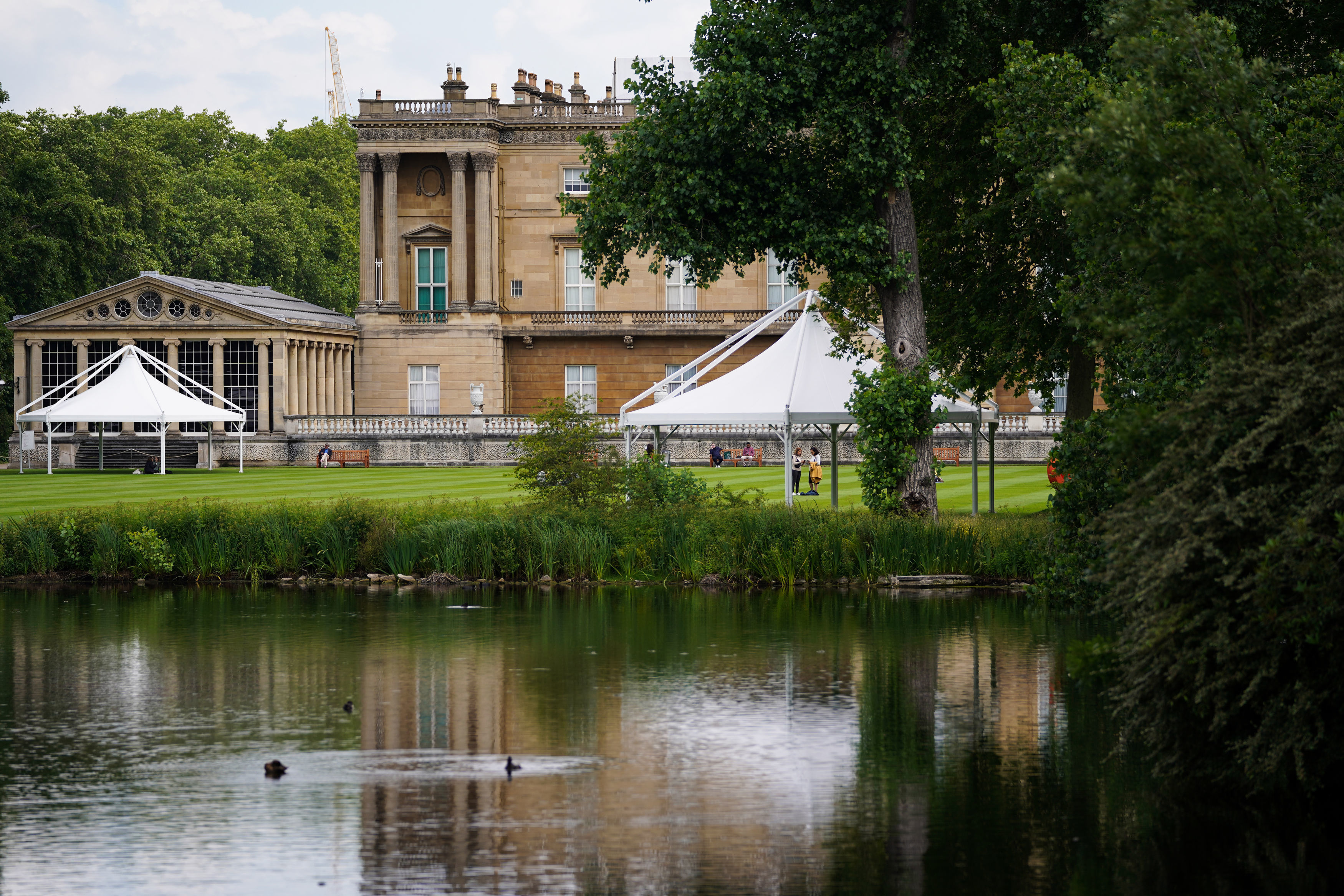 Buckingham Palace hand sanitiser, decorated with a mauve crown and two sprays of flowers costs £3.95, and the pale blue picnic rug has a blue and white china teapot on it, is rolled and secured with a floral fastening costs £35.

A selection of treats are being sold to commemorate the occasion, including strawberry and champagne jam and buttery shortbread biscuits.

The 200g Strawberry and Marc de Champagne Preserve costs £4.95, a tin of Buckingham Palace orange and lemon shortbread is £6.95, and a white cotton napkin embroidered with a gold fork and spoon is £8.95.

Adam, 25, a visitor services warden for the Royal Collection, said of the garden opening: “It's an offer that we've never offered before.

“It's an exciting prospect to allow people to come in and picnic in the gardens and explore to their own leisure.

“We're sort of in an oasis within the centre of London so not many people realise it's here or how big it is either. It's the largest private garden in London, so I feel like we've got lots of secrets to tell people.” 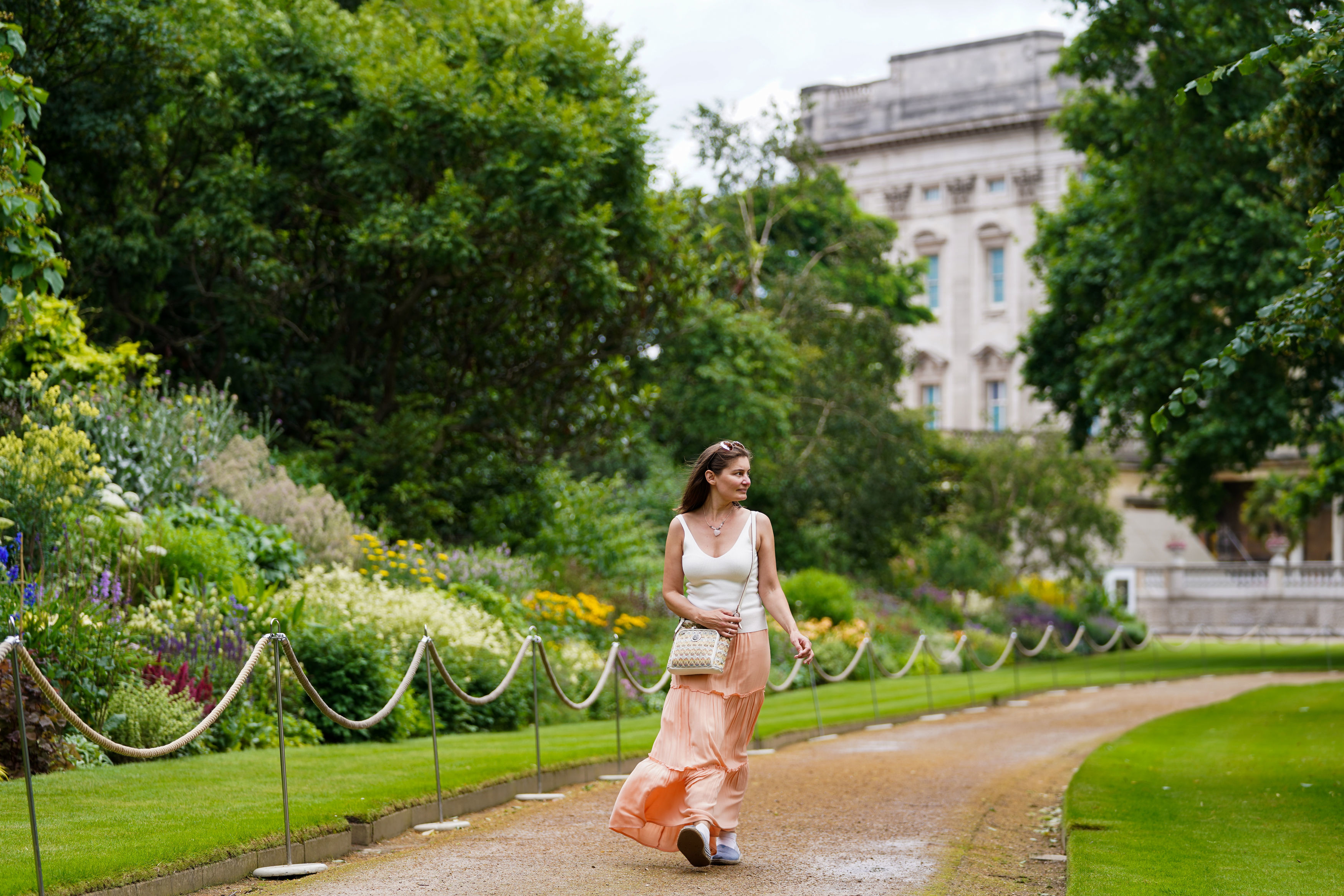 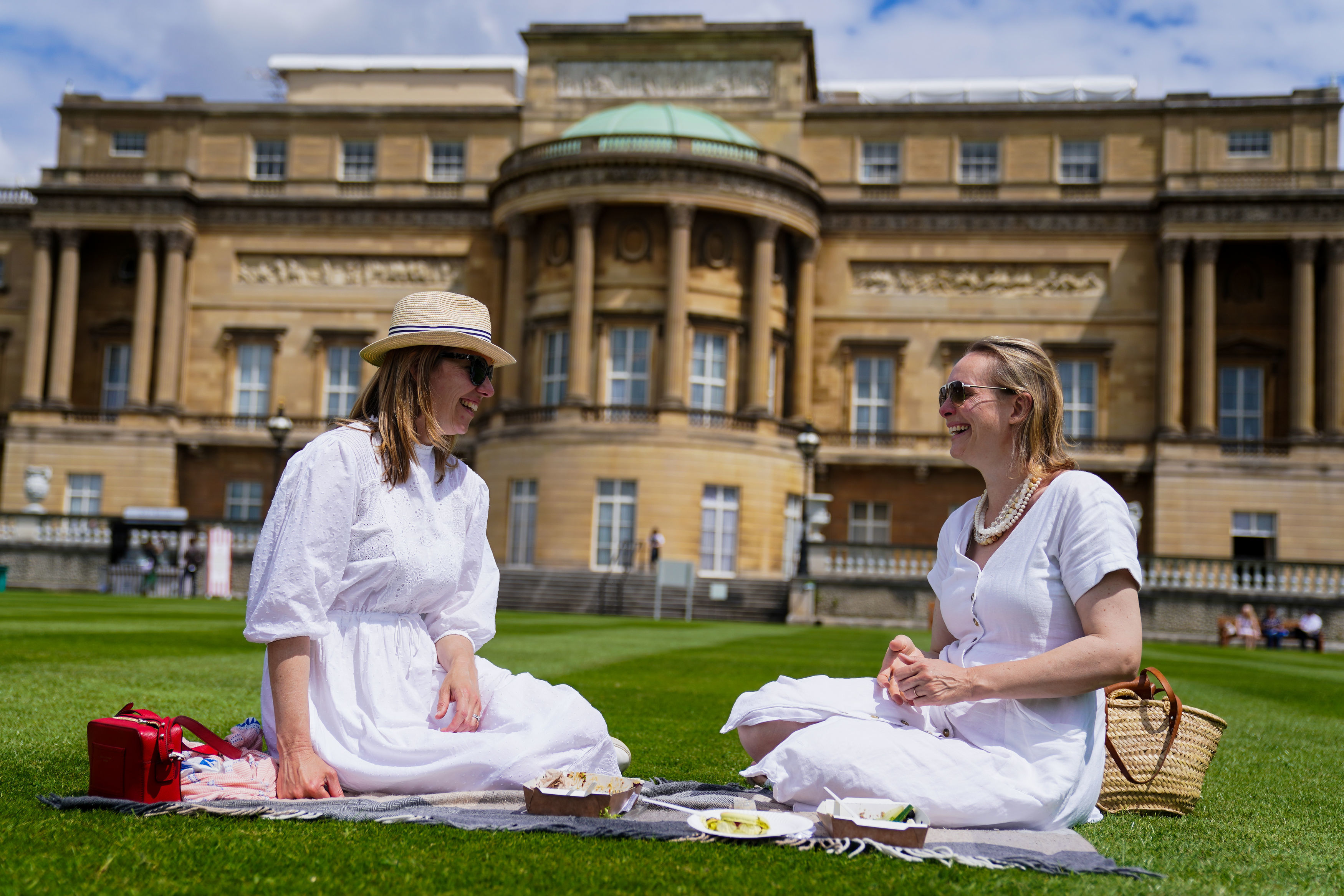 Speaking about the Queen, who receives a seasonal posy made from the garden's blooms each week when she is in residence, he added: “She definitely likes to be involved with everything that's going on.”

The Royal Collection’s curator of decorative arts, Sally Goodsir said: “We sadly haven't been able to open the state rooms this year because of the current situation as we might ordinarily have done and therefore it's wonderful to be able to open the garden instead.”

Sally went on to explain  the history of the garden, and shared that George III's consort Queen Charlotte once having a menagerie on site including a zebra.

Victoria and Albert had designed a naturalistic garden, with the latter nearly drowning while ice-skating on the lake in 1841, but was fortunately  rescued by his wife.

The current landscape of the historic 39-acre garden dates back to the 1820s when George IV turned Buckingham House into a palace.

Despite being in the middle of central London the garden has rare native plants and more than 1,000 trees, 320 different wildflowers and grasses, and the National Collection of Mulberry Trees.

The Rose Garden has 25 beds of roses, with each bed is planted with 60 rose bushes of a different variety, and no two adjacent beds are of a similar colour.

Five beehives, which produce around 160 jars of honey a year for use in the royal kitchens, have been homed on the island in the lake since 2008.

Some of the garden's botanicals including lemon verbena, hawthorn berries, bay leaves and mulberry leaves are used to make Buckingham Palace Gin, which is sold by the RCT.

The traditional summer opening of the Palace's state rooms and themed exhibition, which normally welcomes thousands, was cancelled for a second year due to the pandemic.

Traditionally, the Queen also hosts 8,000 guests at a time at three Garden Parties a year at the Palace, but this year's and last were also unable to go ahead because of coronavirus.