Colleges have cancelled classes and even the U.S. Postal Service has suspended deliveries in parts of the northern U.S. as wind chills of minus 60 and below have officials warning of life-threatening conditions.

Airlines had cancelled 1,718 flights nationwide as of 6 a.m. on Wednesday and over 5,000 have been cancelled since Monday.

There are 32 states under snow or cold alerts Wednesday morning from Montana to Florida and up to Maine. 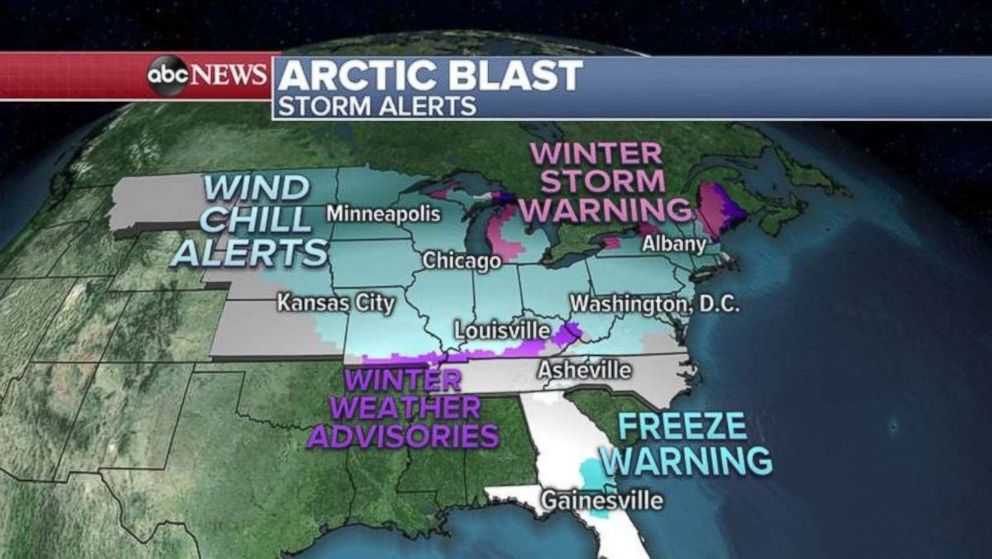 The coldest wind chill on Wednesday morning is in Ponsford, Minnesota, where it was minus 66 at 5 a.m. Other teeth-chattering wind chills Wednesday include minus 56 in Fargo, North Dakota; minus 55 at Minneapolis-St. Paul Airport; minus 46 in Des Moines, Iowa; minus 44 in Chicago; and minus 43 in Green Bay, Wisconsin.

The brutal, below zero wind chills extend all the way to St. Louis and Cincinnati on Wednesday morning. 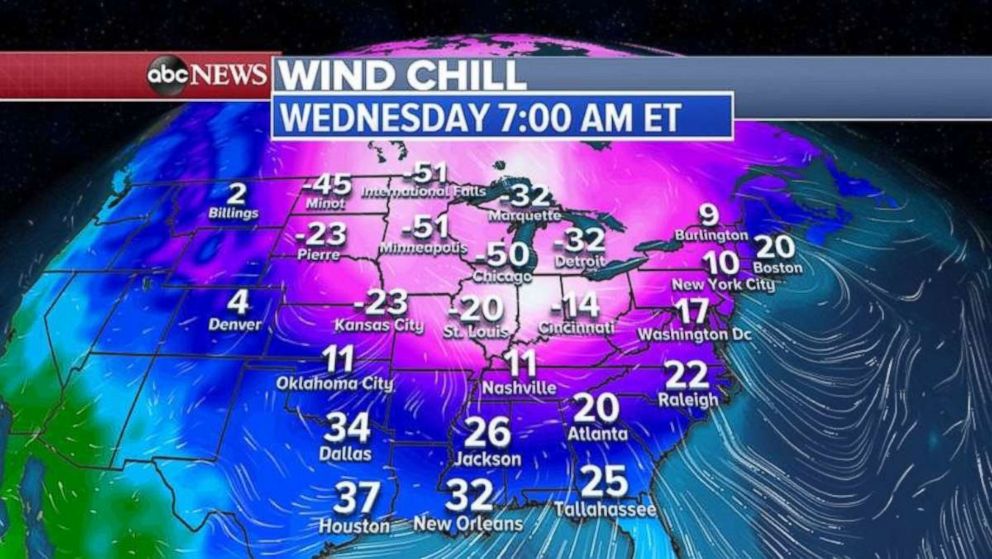 As the core of the coldest air drifts east by Wednesday night into Thursday morning, wind chills will bottom out at below zero from Washington, D.C., to New York City and Boston. 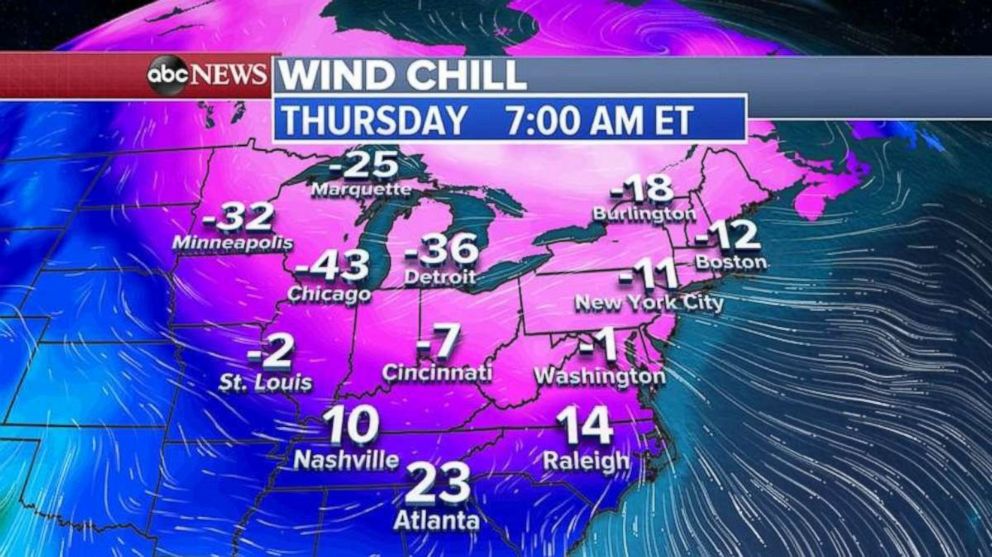 The arctic air will bring heavy lake effect snow from Michigan to western New York, where some areas could see several feet of snow.

A blizzard warning has been issued for the Upper Peninsula of Michigan for an additional 10 inches of snow.

Western New York state, near Oswego, could see 3 to 4 feet of snow with this lake effect event over the next 36 hours.

Warmup on the way

By the weekend, some areas will feel like it’s almost 100 degrees warmer than it is now.

Wind chills are near 60 below zero in Minneapolis on Wednesday and temperatures this weekend will be in the 30s and 40s. 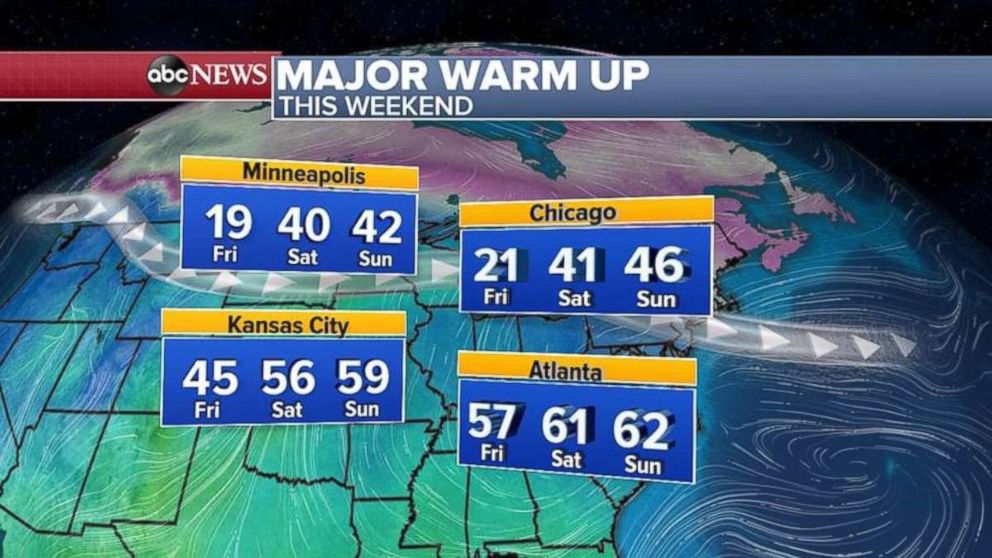 Atlanta will warm up as well — just in time for the Super Bowl. While the game will be played indoors, those taking in the city will enjoy temperatures in the 60s on Saturday and Sunday.