Laughs have been hard to come by in Brexit Britain. Prime Minister Theresa May snatched a moment of national unity as she called off the vote on her Brexit deal to crossbench hilarity. The festive sound of MPs ho-ho-ho-ing at a leader unable to win even the backing of her own government would have drowned out the chimes of Big Ben, if that symbol of England not been silent for repairs, the mummy-like scaffolding of the Westminister tower a metaphor of the muting of Great Britain after Brexit. 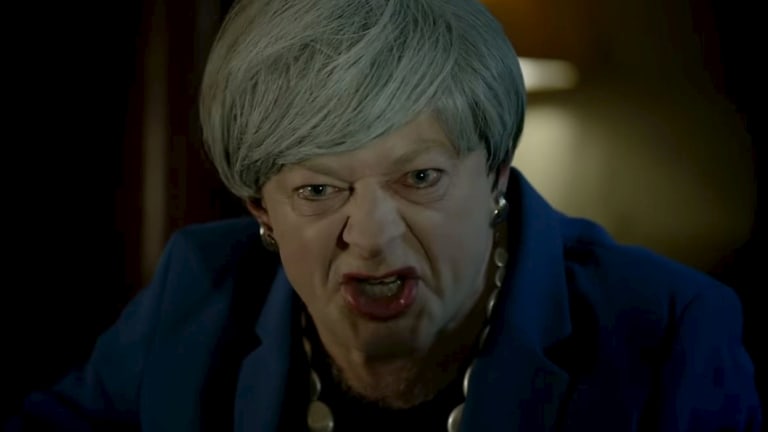 A screenshot of Andy Serkis as Gollum as Theresa May.Credit:Youtube

The Gollum/May cackles “we takes back control, money, borders, laws, blue passports”, only to be poked by her paranoid self. “No, it hurts the people, it makes them poorer”, she argues with herself. The punchline has the creature explode over the hint of another referendum.

“A People’s Vote – they steal it from us, curse them, we hates them!”

In the J. R. R. Tolkien’s fantasy, the Gollum falls into a lake of fire rather than give up the Ring that gives power to rule Middle Earth. As Prime Minister May sees her power slip, a people’s vote – a referendum or election – are just two of the fires she may fall into. Meanwhile, in Middle England, the one joy left of the wars of the Brexiteer and the Remainers is to see who gets the last laugh before the flames engulf us.

David Monaghan is an Australian journalist living in London.