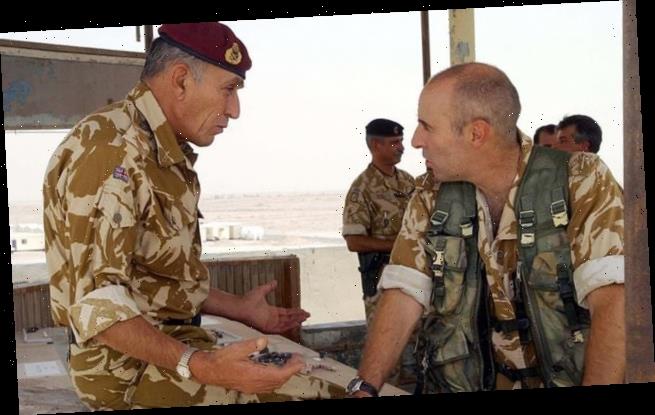 Laws designed to end the legal witch-hunt of British troops will not protect them, a former director of Special Forces warned last night.

Lieutenant General Sir Graeme Lamb’s comments came ahead of a debate in the House of Lords today on the Overseas Operations Bill, which ministers claim will protect troops from historic prosecution.

It comes after dozens of soldiers were hounded over their actions in the Iraq and Afghan wars.

In a foreword to a Policy Exchange report, Lt Gen Lamb said the bill ‘does nothing’ to address the issue of repeat investigations and ‘does little’ to address the application of human rights or negligence law to the battlefield. 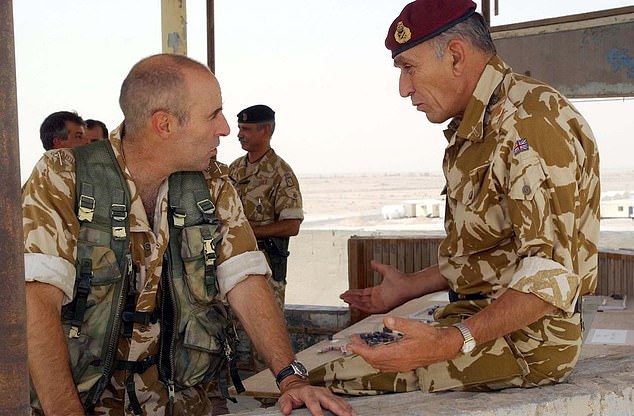 Former director of Special Forces Lieutenant General Sir Graeme Lamb (left, speaking to General Sir Mike Jackson in in Basrah, Iraq) has said the Overseas Operations Bill designed to end the legal witch-hunt of British troops will not protect them

The Policy Exchange report, by Prof Richard Ekins and John Larkin QC, the former Attorney General for Northern Ireland, recommends the introduction of a rule ‘forbidding further investigations after a decision not to prosecute has been made unless cogent new evidence has arisen’.

It also suggested obtaining an exemption from the European Convention on Human Rights in relation to overseas operations and amending the Human Rights Act 1998 ‘to limit sharply its extraterritorial application’.

The new Bill aims to protect troops from historic prosecutions and comes after dozens of soldiers were hounded over their actions during the Iraq and Afghan wars.

But it has already come under strong criticism from MPs on all sides of the House.

John Healey, Labour’s shadow defence secretary, has previously described the Bill as ‘dishonest and damaging’, and argued it was ‘not in the best interests of troops’.

Tory MPs including former cabinet minister David Davis, an ex-member of the territorial SAS, have also criticised it.

Mr Davis said last year that the Bill would make it ‘almost impossible’ to bring torture claims to court and also stop the sort of civil claims that exposed issues such as the poorly protected Snatch Land Rover in Iraq. 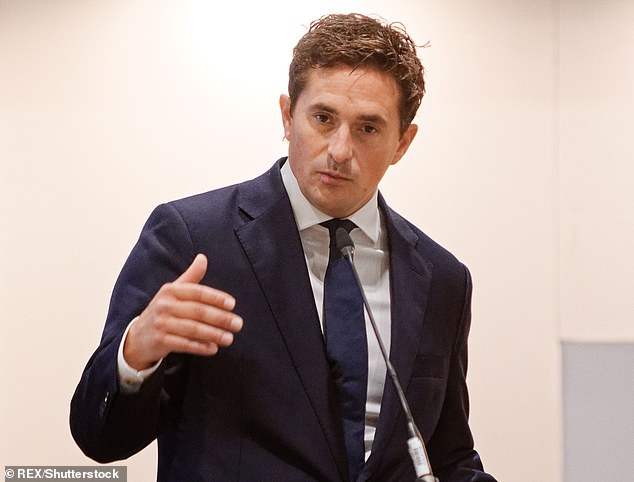 It includes a statutory presumption against prosecution that will make it exceptional for prosecutions once five years has elapsed after an alleged incident.

It also states the Attorney General must give consent before a prosecution can go ahead.

In addition, prosecutors must ‘give particular weight to certain matters in reaching decisions in such cases’.