British ex-journalist, 62, is found guilty in his absence of murdering a 39-year-old French woman in Ireland in 1996

A British former journalist has been convicted in his absence of the murder of a French woman in Ireland more than 20 years ago.

Irish authorities had previously twice refused to extradite him and Bailey refused to travel from his home for what he called a ‘farcical show trial’.

She jailed Bailey for 25 years and ordered that a new EU arrest warrant be issued.

Ms Toscan du Plantier’s battered body was found on an isolated hillside in Toormore, near Schull, west Cork, two days before Christmas in 1996. 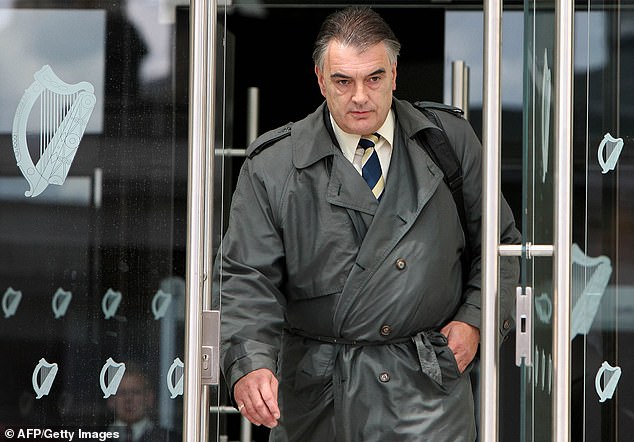 Ian Bailey, 62, was found guilty of killing Sophie Toscan du Plantier, 39, in 1996, in his absence at a French court

She was the wife of celebrated cinematographer Daniel Toscan du Plantier and her death has been one of Ireland’s most famous unsolved killings.

Bailey, who had lived less than two miles from Ms Toscan du Plantier, was arrested twice in connection with the death but was never charged, amid allegations of incompetence and corruption against the local gardai.

Marie Farrell, the only witness to put him at the scene at the time of the killing, later retracted her evidence, claiming she had been groomed and bullied by investigators into giving false evidence.

The case has taken many twists and turns over the years, including Bailey bringing a successful defamation case against newspapers in 2014.

Frustrated by the lack of progress in Ireland, the French authorities started their own investigation in 2008 – even exhuming Ms Toscan du Plantier’s body in the hope of finding further forensic evidence.

Bailey’s trial was held at the Cour d’Assises in Paris – the region’s highest criminal court.

The court repeatedly returned to Ms Farrell’s evidence despite her retraction and the fact she is considered an unreliable witness by Irish authorities. 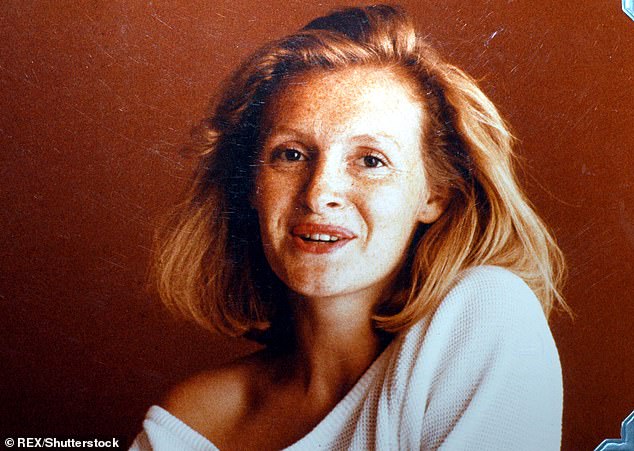 Sophie Toscan du Plantier’s  battered body was found on an isolated hillside in Toormore, near Schull, west Cork, two days before Christmas in 1996 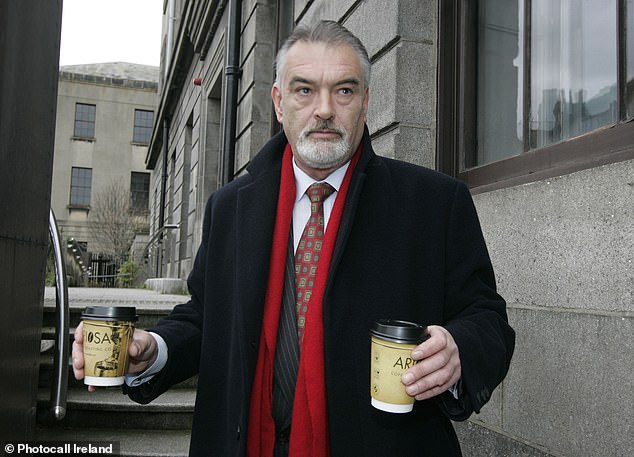 Ms Farrell famously stormed out of the 2014 libel case brought by Bailey during cross-examination.

The court in Paris also looked at accounts describing the deep scratches Bailey had to his hands and forehead on December 23, the day Ms Toscan du Plantier’s body was found.

Bailey has always said he received the scratches killing and plucking three turkeys and cutting down a Christmas tree the previous day.

But witnesses who watched him play his bodhran – a traditional Irish drum – with his sleeves rolled up in the Galley pub in Schull on the evening of December 22 said they did not see any scratches.

The court also heard evidence of Bailey’s alleged confession to the crime. 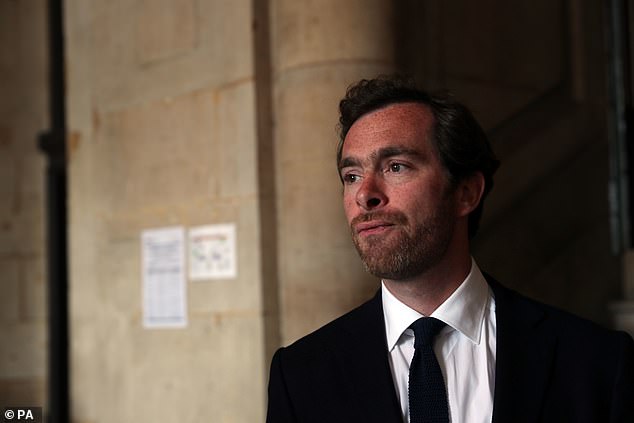 Sophie Toscan du Plantier’s son Pierre-Louis Baudey-Vignaud, at the Court of Appeal in Paris for the trial of Ian Bailey, who is accused of the murder of his mother

Bill Fuller – one of only two original witnesses to give live evidence – said Bailey had recounted him a scenario of the killing the day after Ms Toscan du Plantier’s body was found.

Mr Fuller said Bailey turned to him and said: ‘You did it … you saw her in Spar and she got you excited as she walked through the aisles with her tight a***.

‘You went to her place to see what you could get, but she wasn’t interested so you attacked her. She tried to escape and you ran after her. You threw something at the back of her head and you went further than you planned to.’

Mr Fuller believes Bailey was just recounting what had actually happened and switching the perpetrator.

Also examined were Bailey’s differing accounts of his movements on the night of the killing. 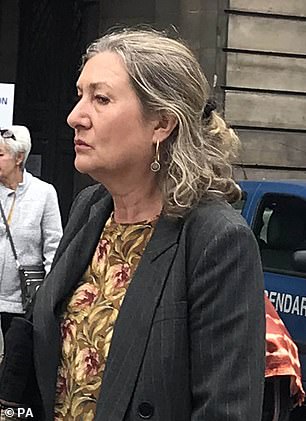 Amanda Reed leaves the court in Paris after giving evidence

Bailey first claimed he had spent the entire night at home in bed next to his partner Jules Thomas, but later revealed he had left in the early hours of the morning to walk to his studio about 300m from the house.

He said he had wanted to finish an article.

On Friday morning, public prosecutor Jean-Pierre Bonthoux branded Bailey a ‘coward’ for refusing to face justice and replying only in the media, accusing him of mocking the French court.

Speaking about Ms Farrell, he said: ‘There was nothing between her and Mr Bailey, no animosity. She understood (her evidence) was important.’

Mr Bonthoux characterised Ms Farrell as a woman who had ‘had enough’ of the effect her evidence had had on her life, saying that was the reason for her decision to stop co-operating.

He also focused on Bailey’s performance with his drum in the pub the night before the killing.

‘He had his sleeves rolled up, everyone saw his bare arms and no-one remarked on his scratches,’ he said.

Referring to his alleged confessions, he said each time Bailey avowed the murder he was ‘in his comfort zone’ – either his house or his car – and felt in control of the situation. 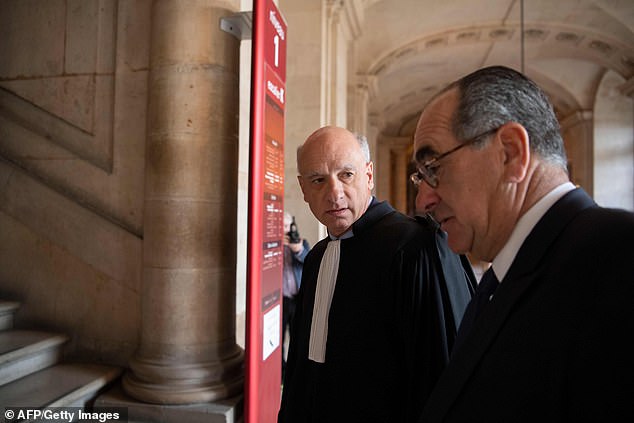 Urging the court to convict Bailey and hand him the maximum 30-year prison sentence, he said: ‘I hope one day as soon as possible to see him in court and see his lawyers defend him.’

Manchester-born Bailey had lived in West Cork since the mid-1990s after quitting his career as a journalist and turning his hand to poetry and making ends meet as a gardener.

Despite the scandal caused by the court case, Bailey still lives in the area – running a business selling pizza at local markets with his partner Ms Thomas.

Ms Toscan du Plantier’s son Pierre-Louis Baudey-Vignaud, who was 14 when she was killed, has been at the forefront of the family’s campaign for justice.

He was seated in the court alongside her parents, brothers and various members of Ms Toscan du Plantier’s extended family.

Bailey has branded the case in France a ‘show trial’.

But the case can be viewed as another way of pressuring Ireland into handing Bailey over to the French authorities.

If he were to be extradited, he would be tried again by a jury and given the opportunity to mount a defence.